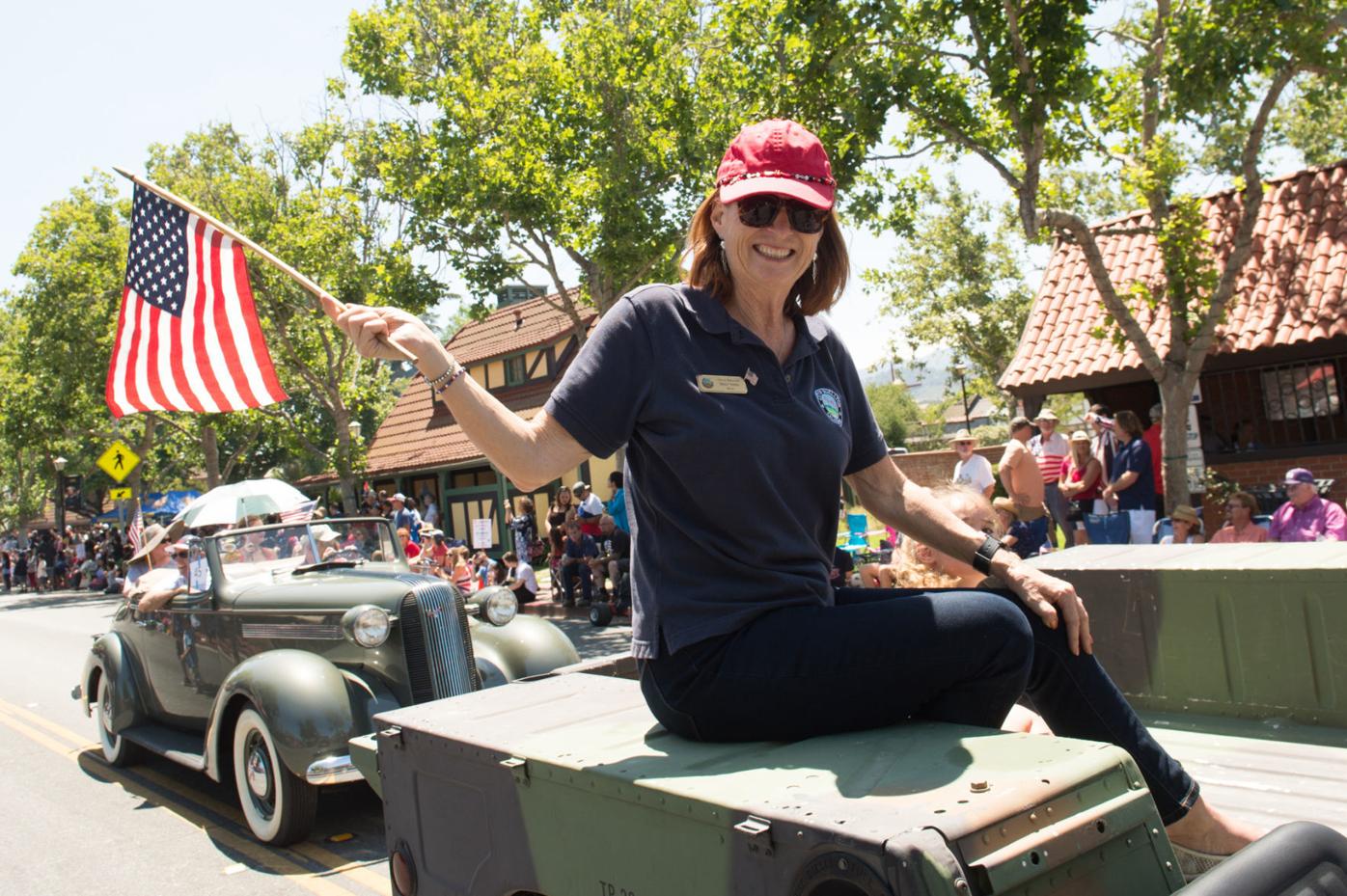 Buelton Mayor Holly Sierra waves an American flag from the back of a military vehicle in the Solvang Fourth of July Parade in 2018. 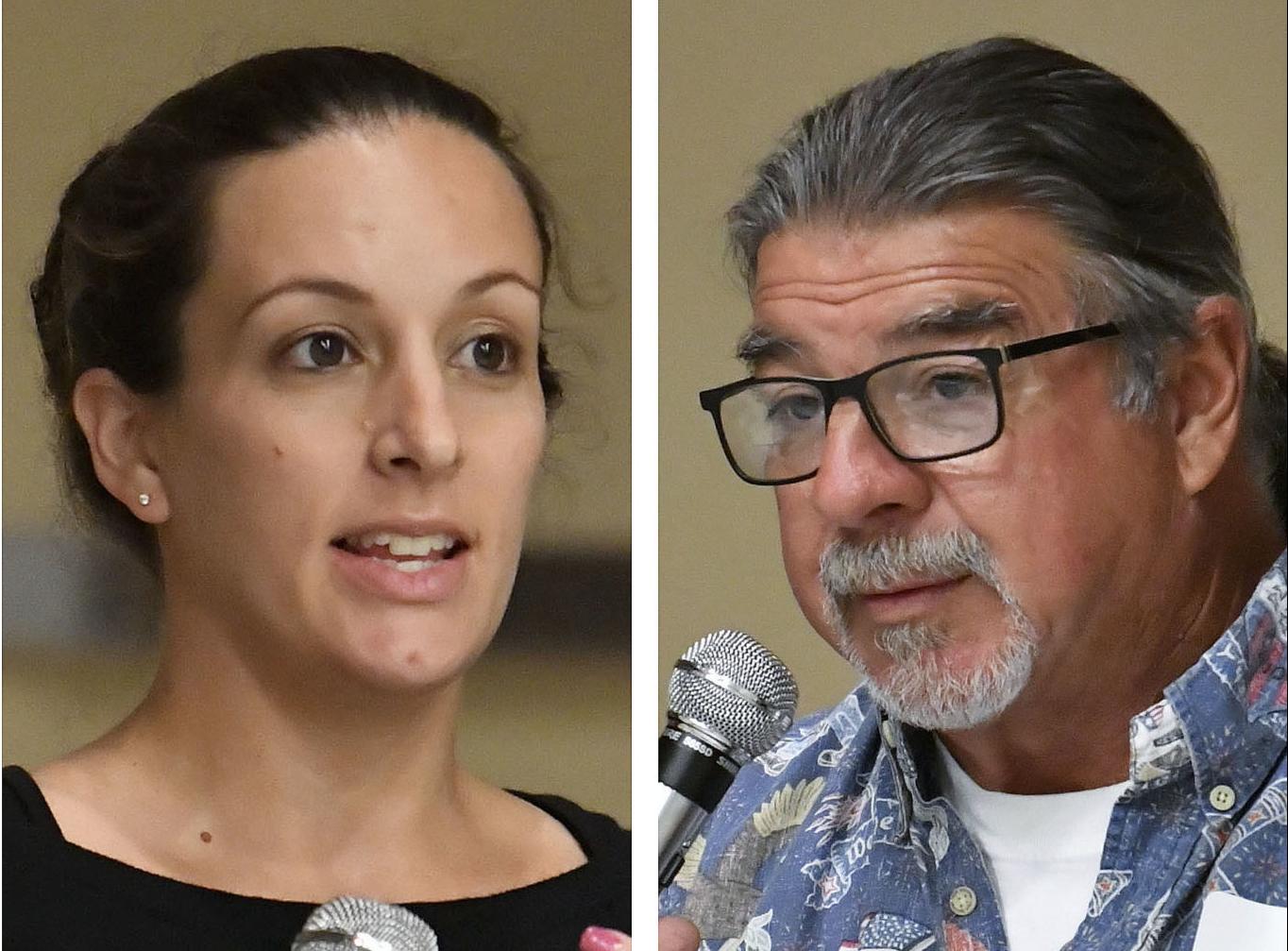 Buelton Mayor Holly Sierra waves an American flag from the back of a military vehicle in the Solvang Fourth of July Parade in 2018.

Holly Sierra is set to serve a third and final term as mayor of the city of Buellton, after securing 1,256 votes for a 59.58% majority in Tuesday's election.

Sierra will be joined by returning councilman John Sanchez and newcomer Elysia Lewis, who will both serve four-year terms on Buellton's City Council.

"I was really holding my breath there," Sierra said Wednesday of her quiet evening at home with her husband watching the returns. "I really, really wanted this."

Prior to being elected mayor, Sierra was a two-term Buellton councilmember. She said she didn't find out until May that she was still eligible to run for a third and last time for mayor — both councilmembers and mayors are limited to three consecutive terms.

"This was definitely a different kind of year to run a campaign," she said, referring to the ongoing COVID-19 health crisis which prevented large public gatherings and in-person meetings that she considered vital to her campaign efforts in years past. "We put banners up and placed flyers under doorsteps and that's about it. I got really, really lucky. I appreciate the opportunity to represent Buellton another two years."

Winning 1,046 votes, or 31.99% of the vote in unofficial results, Sanchez said this will be his first four-year term as councilman since being elected to serve a two-year term in 2018 to cover an exiting councilmember's remaining two years.

"So I'm not sure if this counts as my second term or not, or if I still have another two terms left," he said, thanking the voters for his reelection.

A resident of Buellton since 1980, Sanchez worked with the city's sewer and wastewater department for 37 years in the role of chief operator, and more recently, chief plant operator, where he served five years before retiring in December 2018 – just a day before being sworn in as a councilmember.

"Since 1982, I've been on-call for the city for emergencies – broken pipes, fallen trees," he said. "I've always been at service for the city, so it's really just a step across for me."

Sanchez considers himself a fiscal conservative and said he will continue working to guard the city from unnecessary spending whenever possible.

"I don't believe in conducting a lot of tests when many times it's obvious," he said, referring to the numerous diagnostic assessments conducted on city projects, such as the $24 million Avenue of the Flags mixed-use plan.

New to the council will be Lewis, a longtime Buellton resident and mother of four, who also is the business manager for the Santa Ynez Valley Union High School District.

In the final count, Lewis beat out incumbent Art Mercado and challenger Joseph Carter with 932 votes, or 28.50%.

Lewis said she and her family excitedly watched the election results roll in on Tuesday night from the comfort of their Buellton home.

"I'm honored that the community has entrusted me to represent their voice on the council. And I want to thank everyone for their support and words of encouragement along the way," Lewis said. "This is a responsibility and a privilege I do not take lightly. I am very excited to see what we can accomplish over the next few years."

During her term, Lewis said she will work with fellow councilmembers to create innovative ways to energize locals to get more involved in community governance and the decision-making process.

"We have an amazingly diverse and talented community that has so much to offer," she said.

Sierra, Sanchez and Lewis will be sworn in on Thursday, Dec. 10.