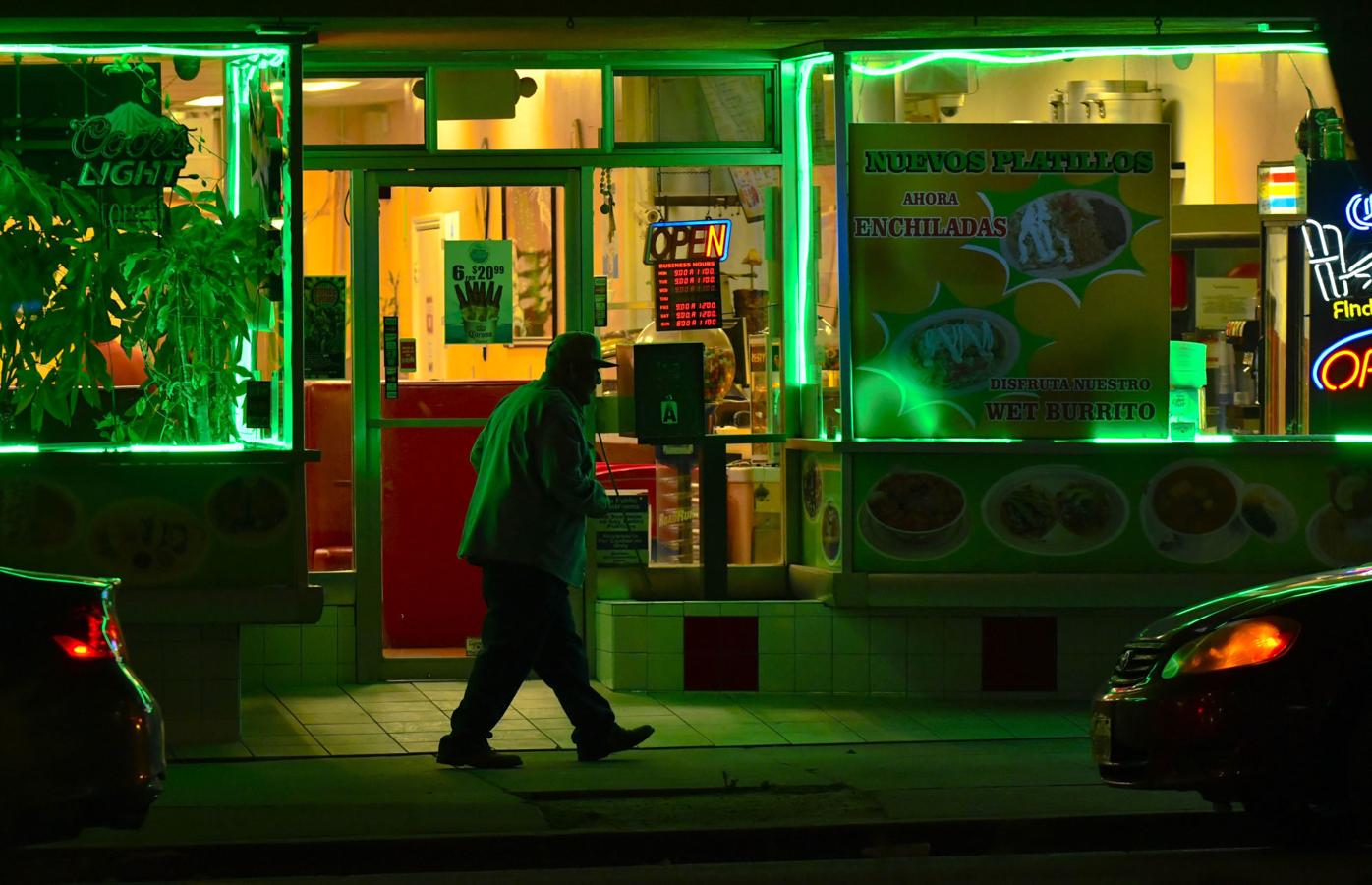 A pedestrian walks past a restaurant in the 100 block of West Main Street in Santa Maria on Monday evening. The Planning Commission on Wednesday will review the final version of the Downtown Multimodal Streetscape Plan, which aims to make downtown more bike- and pedestrian-friendly. 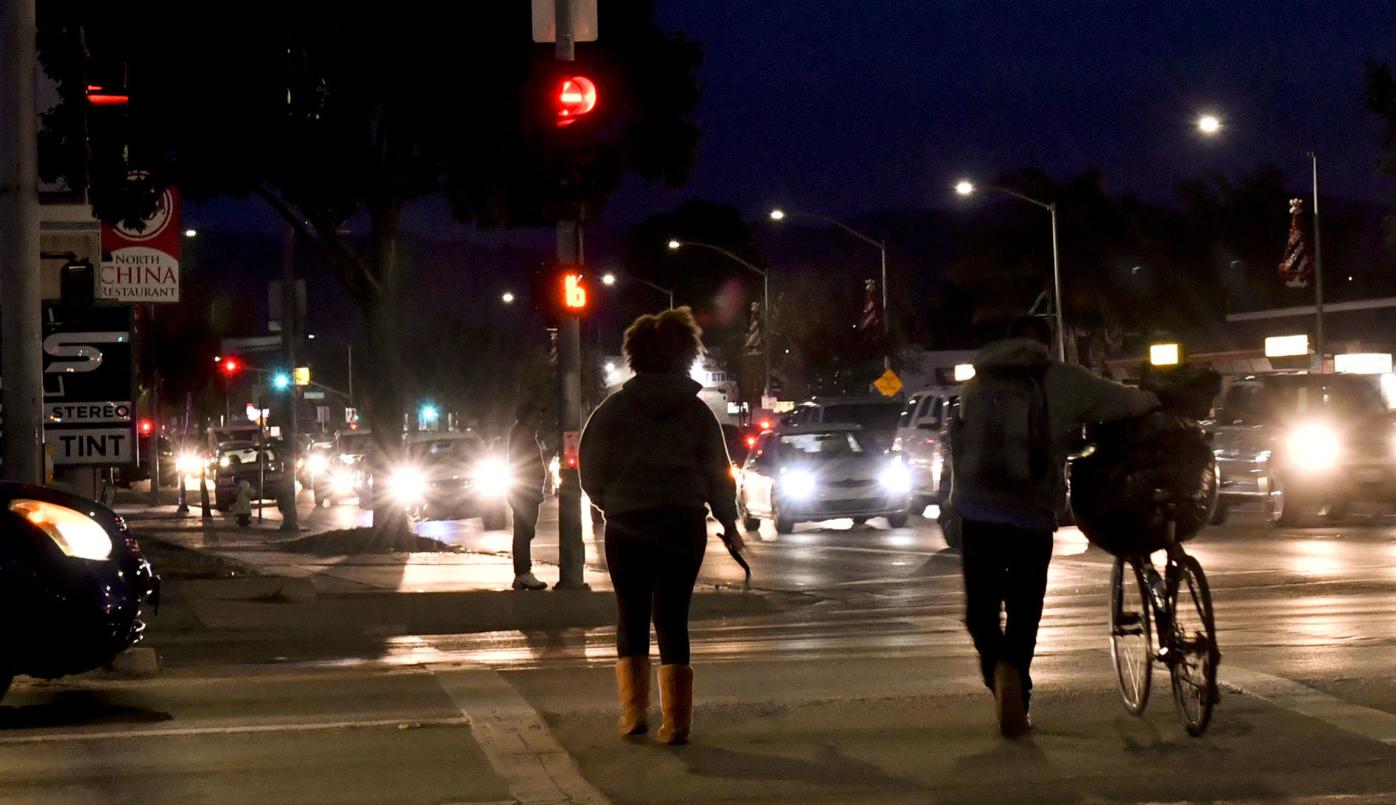 Pedestrians cross Main Street on Broadway in Santa Maria, the focus of plans for a Downtown Multimodal Streetscape Plan.

A streetscape plan that aims to make downtown Santa Maria more bicycle- and pedestrian-friendly will go before the Planning Commission on Wednesday for approval.

The Downtown Multimodal Streetscape Plan — which has been in the works for around two years — focuses on a conceptual redesign of Main Street between Pine and Miller streets, and Broadway in between Cook and Mill streets.

The goal was to help provide a layout for downtown streets that would better accommodate bicyclists and pedestrians while also balancing the needs for vehicular and truck traffic, said Ryan Hostetter, city planning manager.

Part of a revitalization strategy for the city’s core, staff began developing a downtown streetscape plan in 2016 and sought out public input during several community workshops and other events, along with using an online survey.

Portland-based consulting firm SERA Architects was hired to assist the city in developing the plan, which was funded by a $300,000 grant from Caltrans.

If approved by the Planning Commission on Wednesday, the streetscape plan will move to the City Council for consideration in January.

The next step of the process will involve working with Caltrans — which controls Broadway and Mains Street — and gather results from a traffic study looking at how the proposed changes would affect traffic, said Rodger Olds, principal civil engineer. “It’s a multistep process,” he said. “We’re studying it to see what will work, what won’t work. We don't know how it’s going to turn out. It’s going to take some time and then after that happens, we’ll make some hard decisions on what we want to work with Caltrans on.”

A traffic engineer began conducting preliminary work to look at the proposed changes earlier this year and will perform a more detailed analysis following the City Council’s approval of the plan.

Once final approval from Caltrans is granted, city officials will move forward with design and engineering plans for the first part of the project, which will be the corridor on Main Street between Broadway and Pine Street.

Olds said the city tentatively hopes to go to bid and begin construction by early 2020.