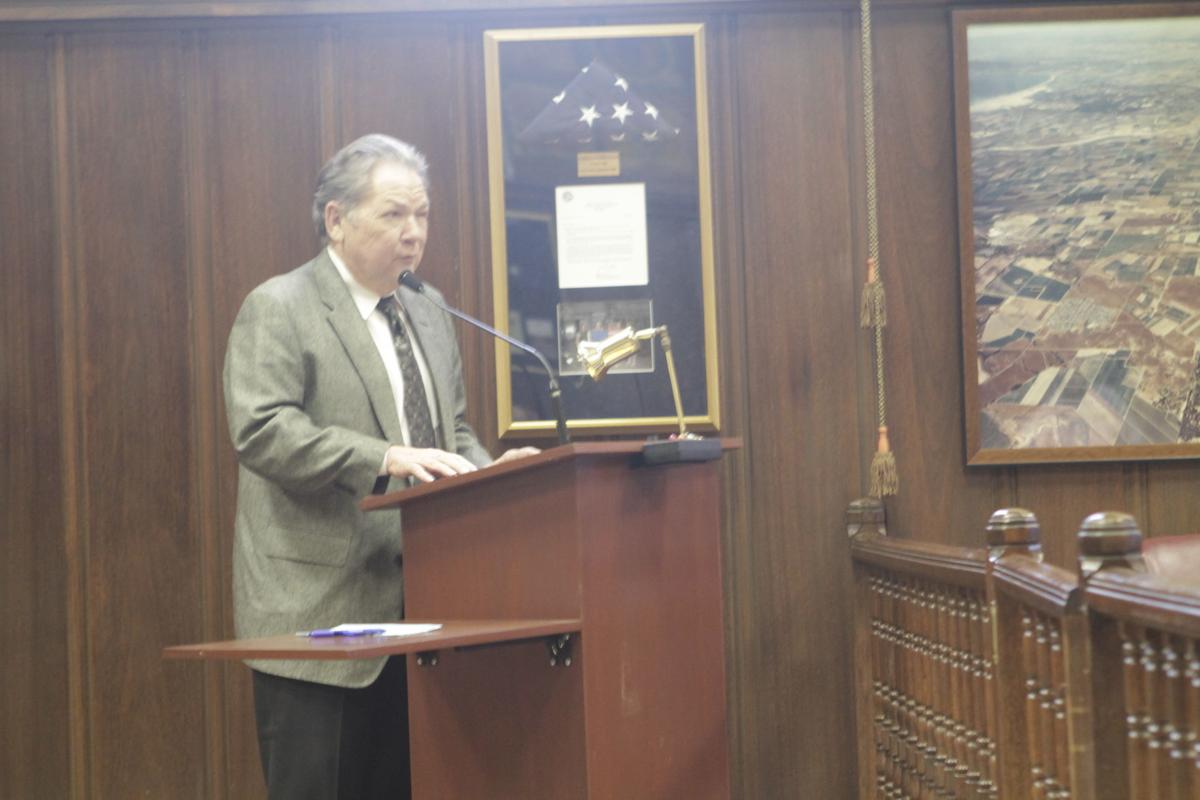 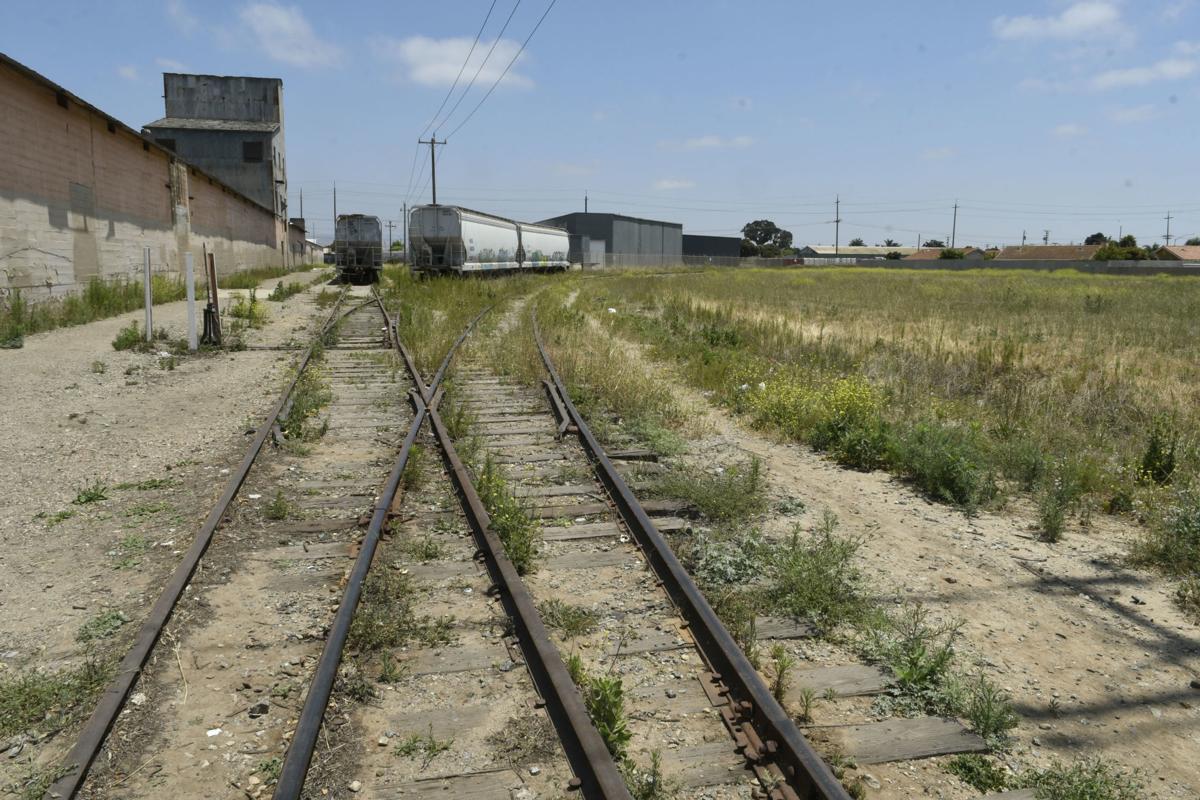 A vacant property beside train tracks in the 800 block of S. Oakley Court is proposed as the site for 30 residential apartments in Santa Maria.

The Santa Maria Planning Commission voted Wednesday to recommend approval of Oakley Court Apartments, a proposed development of 30 apartments in the southwest portion of the city.

The project, which is being developed by Gustavo Alvarez, would be built on a 2.1-acre lot and include a mix of one- and two-story buildings. The density is approximately 14 units per acre.

The project site is located in the 800 block of Oakley Drive, at the end of a cul-de-sac. Each of the tenant units would include two bedrooms and one bathroom, and will be around 790 square feet.

The Commission voted 4-0 to approve the project with commissioner Tim Seifert absent.

Since the project requires a General Plan zone change from general manufacturing to high-density residential, final approval will require the City Council to also sign-off on the development.

According to the staff report prepared for the project, the project site’s general manufacturing zoning is a remnant from when all properties located immediately south of the Santa Maria Valley Railroad corridor between Blosser Road and Depot Street were designated for industrial use.

In the years since, neighboring lots were redesignated and developed with high- and low-density housing projects.

The railroad tracks run along the project site’s northern and eastern sides.

The project was discussed during the June 19 meeting but commissioners opted to table their vote so an additional sound study could be completed.

The sound study, which was performed by San Luis Obispo-based 45dB Acoustics, analyzed the impact the train horn would have on a resident standing outside the apartment units and what wall height would be necessary to mitigate the sound.

The initial sound study, which had been prepared before the June meeting, only looked at ambient noise in the area — meaning noise averaged out over a 24-hour period — and determined an 8-foot fence was sufficient to mitigate the noise.

Dan Blough, whose company will build the project, asked that the commission approve the project with an 8-foot wall.

The noise made by train horns is designed to warn people — like ambulance sirens — and it will be heard regardless of the wall height, Blough said.

On Wednesday, commissioners approved the project with a modification asking that the wall be built 12-feet above the train tracks, which would bring the outside noise level to around 75 decibels for a few seconds when a train blows its horn.

“In this case, we have light manufacturing, industrial and residential around there — it becomes a little bit difficult,” he said. “You have to find a good middle road on these things.”

Dickerson said he wasn’t convinced by the argument that the horn was meant to serve as a warning and that extra efforts to mitigate the noise were unnecessary. 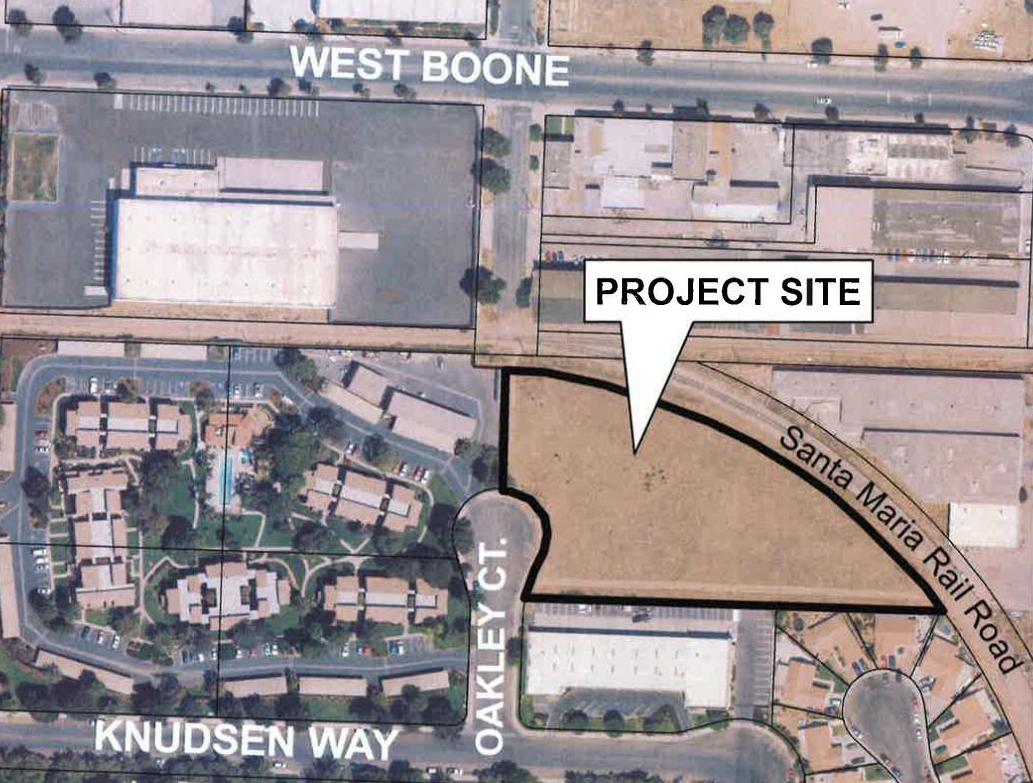 A vacant property beside train tracks in the 800 block of S. Oakley Court is proposed as the site for 30 residential apartments in Santa Maria.