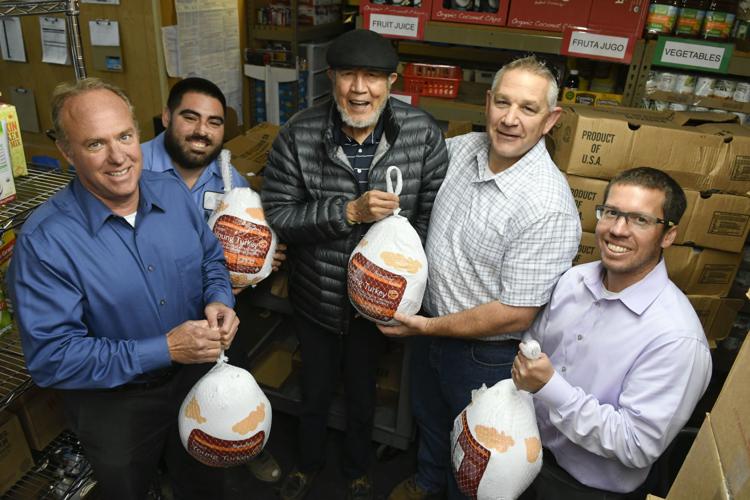 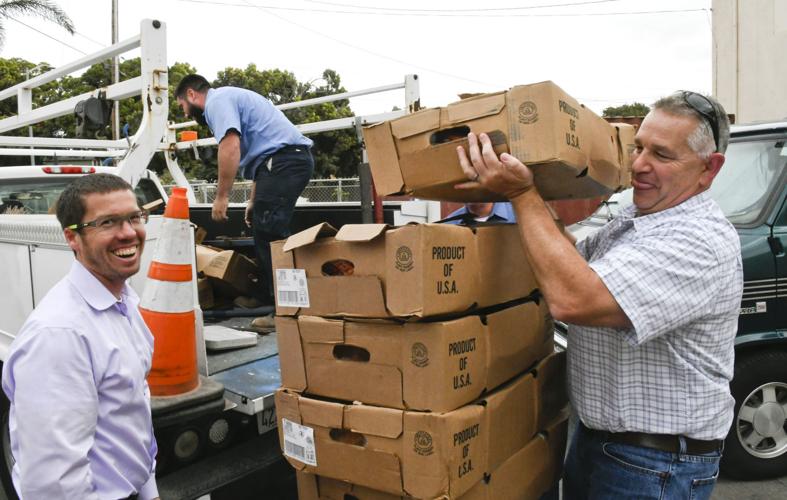 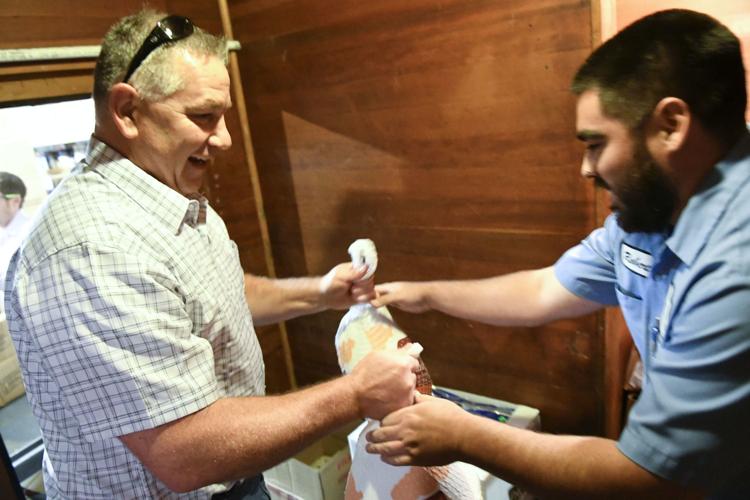 Golden State Water employees Mike Babb, left, and Robert Sarellano unload some of the 52 frozen turkeys the company donated Thursday to Catholic Charities in Santa Maria through the company's Operation Gobble, now in its 29th year. 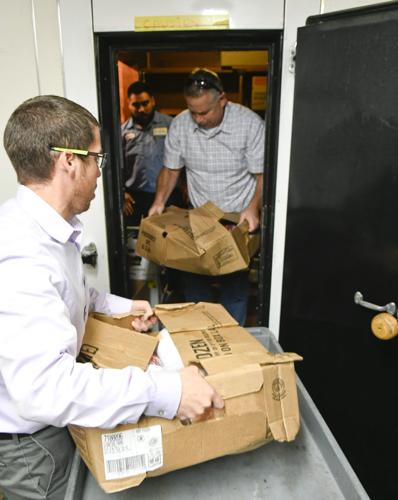 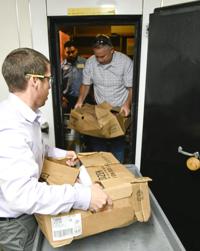 Golden State Water employees Mike Babb, left, and Robert Sarellano unload some of the 52 frozen turkeys the company donated Thursday to Catholic Charities in Santa Maria through the company's Operation Gobble, now in its 29th year.

The first of some 800 Thanksgiving turkeys landed Thursday on the Central Coast in the 29th annual Operation Gobble conducted by Golden State Water Co.

Golden State employees delivered 52 of the birds to Catholic Charities in Santa Maria, while another rafter of turkeys were dropped off at the Salvation Army in Morro Bay, a company spokesman said.

“There are a lot of programs out there that this time of year help people who otherwise wouldn’t have a hot meal [at Thanksgiving],” Zimmer said. “We looked at the area, determined what the need is and built relationships with some of those organizations.”

Zimmer said the local office has about 35 employees who help deliver the turkeys that are purchased from local companies.

“It’s something our staff really embraces and everybody participates in,” he added. “It really is a good feeling at the staff level [to help].”

Roughly 800 turkeys will be distributed to charitable organizations in the two counties, and the company will provide about 8,000 turkeys statewide.

Running through his list of deliveries, he noted another 52 turkeys are slated to go to the Oasis Senior Center in Orcutt, 52 to Foodbank of Santa Barbara County and 25 to the Santa Maria Valley YMCA Rise Up program.

While Golden State provides the birds to the same organizations every year, that doesn’t preclude the possibility of other agencies being added.

“It’s open to any others that reach out to us,” he said. “We’ll look at their programs and, if possible, we’ll try to get them on the list.”

Since the inception of the Operation Gobble program in 1990, Golden State Water has provided approximately 240,500 turkeys statewide through partnerships with elected officials and community organizations.

“It’s a good part of the holiday season,” Zimmer said. “Working in the water industry, it’s not the kind of thing we get to do on a daily basis, so it’s something the employees really get involved in.

“It’s a good way to start out the holiday season — in the spirit of giving.”