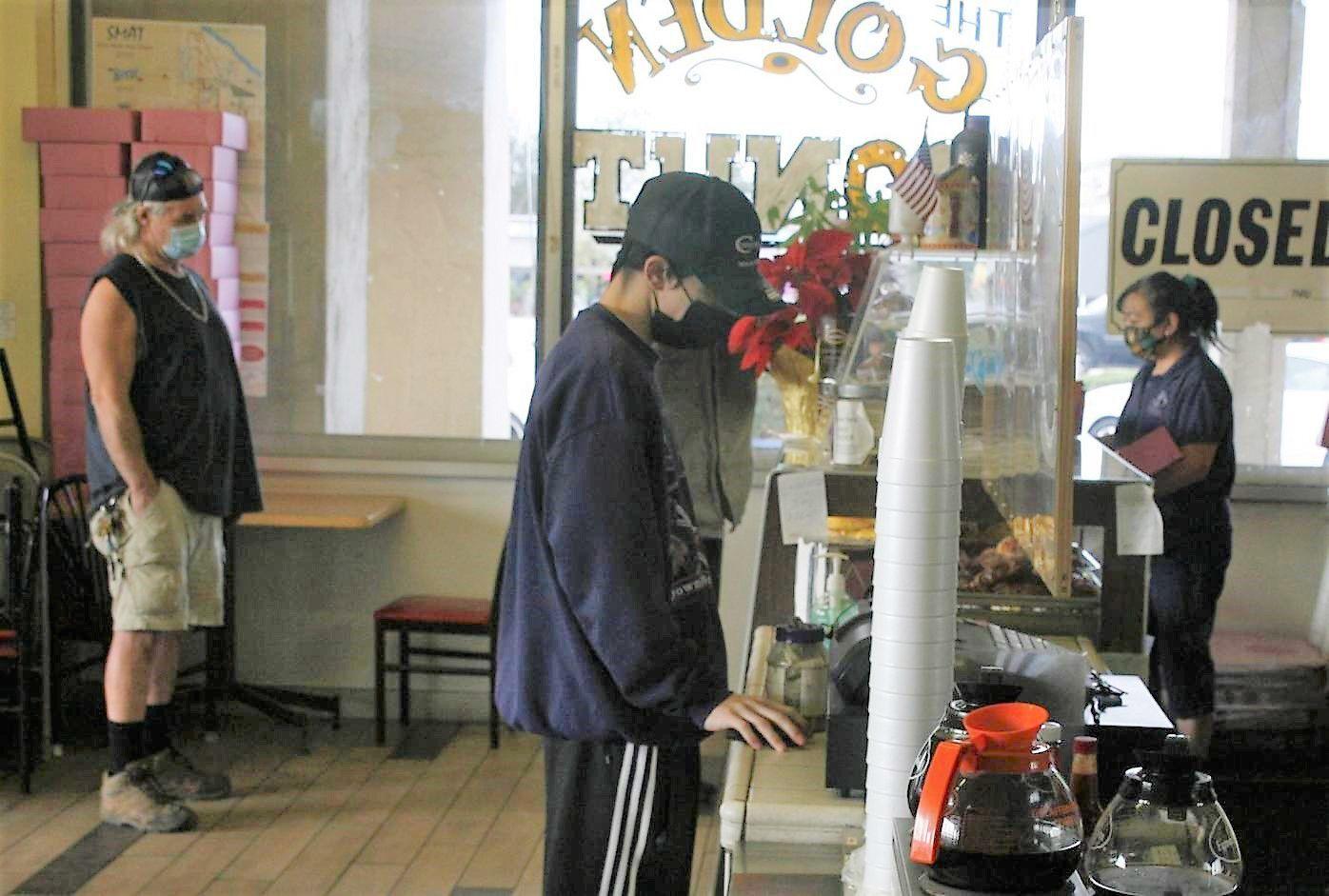 Houth Hak, owner of Golden Donut in Orcutt, waits on customers lined up out the door Tuesday morning. One year after her daughter's tweet brought customers back to the shop, the business is still going despite a loss of sales from COVID-19. 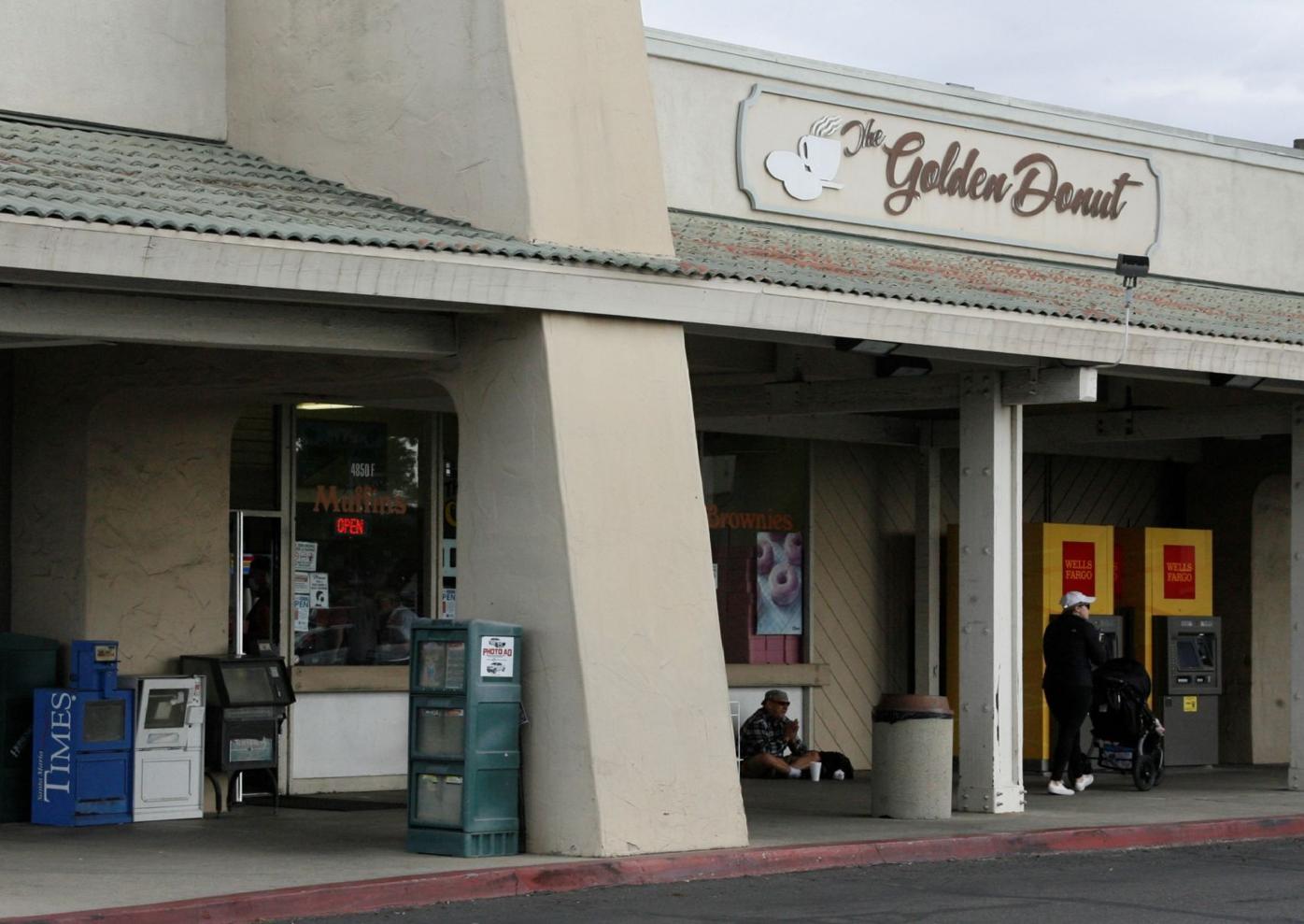 A customer sits outside Golden Donut in Orcutt on Tuesday morning. 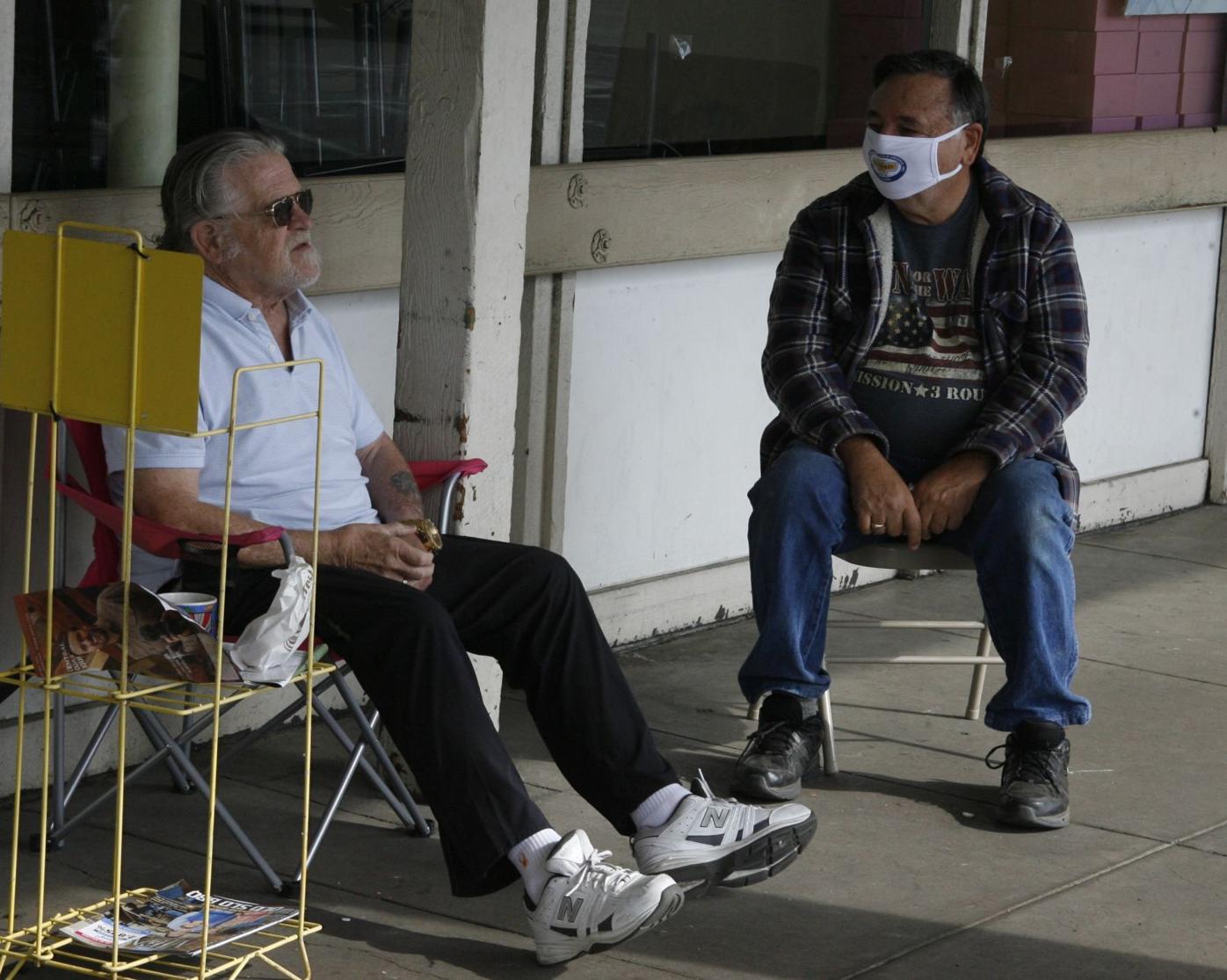 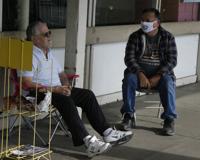 Bob Piers, left, and Jim Perry sit outside Golden Donut in Orcutt on Tuesday. The two longtime regular customers recalled when U.S. veterans like themselves would gather around tables outside to enjoy donuts, coffee and each other's company. 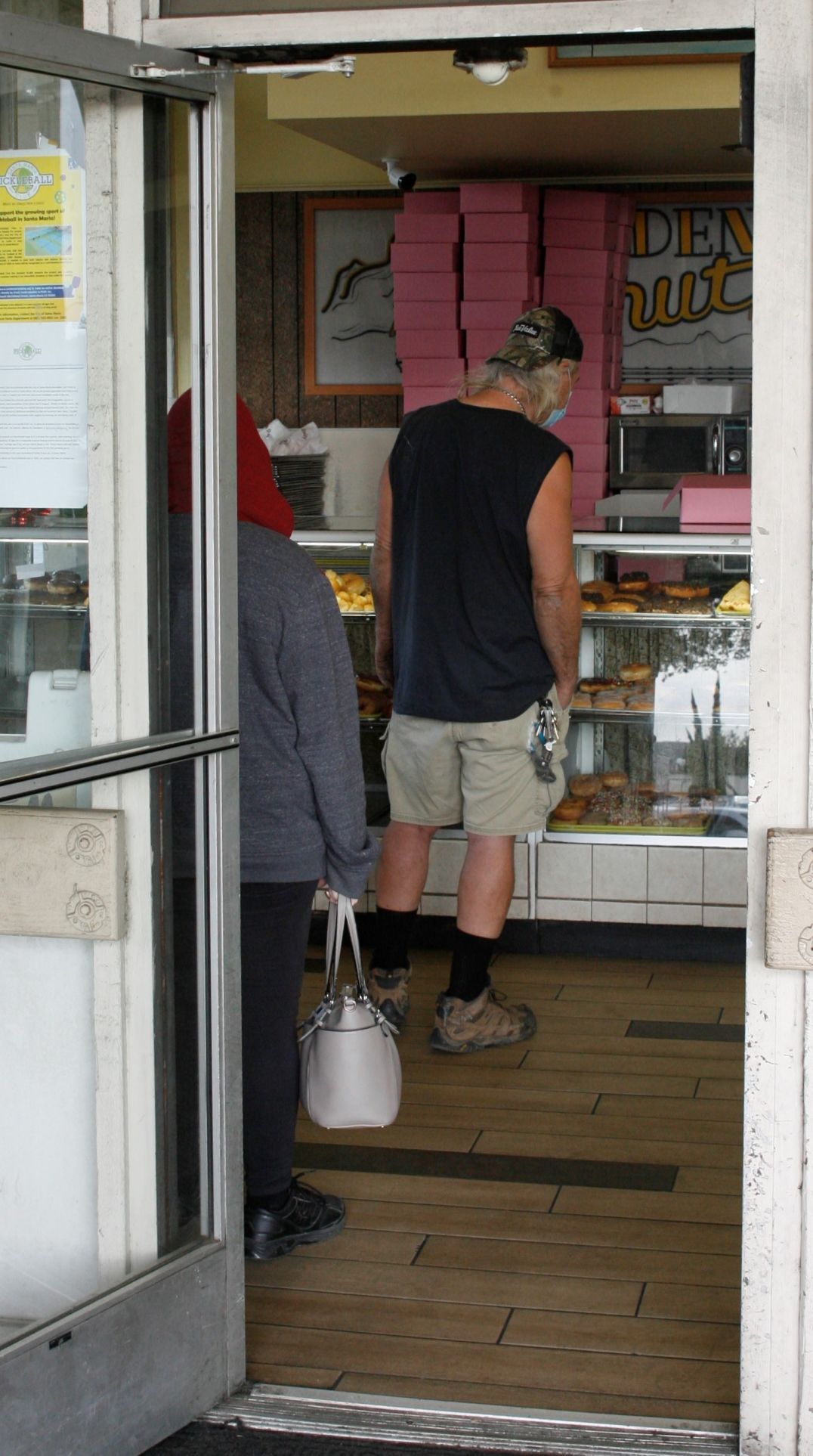 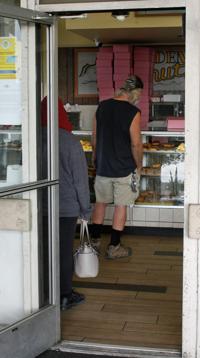 David Holden selects donuts from the display case as other customers wait in line Tuesday morning at Golden Donut in Orcutt.

A year ago, facing competition from the Krispy Kreme Doughnuts franchise that had just opened a store in Santa Maria, locally owned Golden Donut in Orcutt saw sales plummet.

Business had dropped by 30% as people flocked to try donuts from the well-known chain that had more than 1,000 locations worldwide.

But when owner Houth Hak and husband Sen Lay reopened Jan. 3 after taking four days off to celebrate the new year, the rush of customers was so great they had to call in their son and daughter as well as Hak’s brother and sister-in-law to handle the demand.

The flood of business was the result of daughter Nicky tweeting about how the competition had threatened the viability of the shop.

“My mom works so hard,” read part of Nicky’s tweet that included a photo of her mother in the shop. “I never seen my mama so sad.”

Inundated by a flood of old and new customers, the business pulled out of the slump. Then three months later, the pandemic struck.

One year after being saved by the tweet, sales remain lower than usual, but Golden Donut’s doors are still open.

“It’s slow,” Hak said Tuesday morning during a lull between customers. “I’m still here, but it is slow. It’s not [Krispy Kreme]. It’s just COVID-19. People are afraid to go out.

“Some [customers] will sit and wait in their cars because they’re afraid to come in,” she said. “They wait until the store is empty, then quickly run in.”

Hak said her sales are down about 30% from normal during the week and down about 20% for Saturday and Sunday.

“But remember, I’m still here. I’m doing OK,” she said, adding she’s been able to retain all of her employees.

Like many other local business owners, Hak credits her shop’s survival to longtime, loyal customers.

“They still come to support me,” Hak said. “This location, this community, they really support the local shops.”

As she talked, a steady stream of customers flowed in and out the front door. Two FedEx workers quickly grabbed coffee and donuts before heading back out, but at times as many as half a dozen people waited in line to get inside.

“I haven’t been here for awhile, but I happened to be on this side of town and everbody’s been buying donuts at our shop, so I thought I’d pick some up,” Orcutt resident David Holden said after he left the store with a bag of goodies. “I know they have good donuts, and they’re community-oriented.

“They’re local — local yokels,” he added with a laugh. “I’d recommend them to anybody.”

Even though it was overcast at 10:30 a.m., with a crisp breeze blowing and the temperature hovering around 60 degrees, a few patrons sat in chairs or on the sidewalk out front, drinking coffee, chatting and reading.

Bob Piers and Jim Perry, two longtime regulars at the donut shop, were sitting in chairs out front.

“— to gather,” Piers said. “I’m here every day. Got to come down here for coffee and donuts to start the day. And to see Houth.”

Both men are Vietnam veterans, Piers in the Marine Corps and Perry in the Navy. They said a large group of veterans used to gather outside the donut shop on a regular basis, but many have now died.

“I remember when there used to be three tables out here,” Piers said. “They were all full.”

Hak said a group of classic car owners gather in the parking lot every Sunday morning, and they all buy coffee and donuts.

“They keep me going on weekends,” she said. “All the regular customers have helped me out. I thank them very much for that. Without them, I don’t think the business would survive COVID-19.”