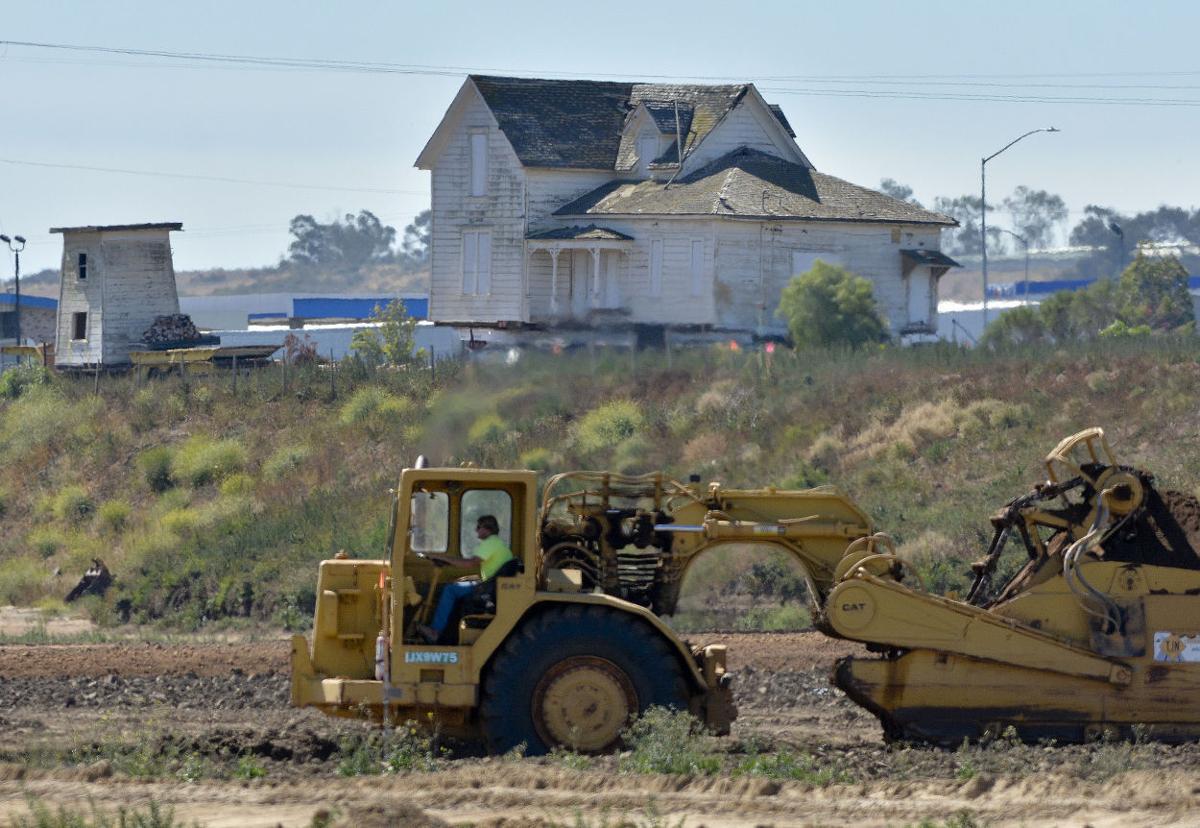 A road grader levels ground on the Enos Ranchos property near Betteravia Road and College Avenue, next to the old Enos House in Santa Maria. 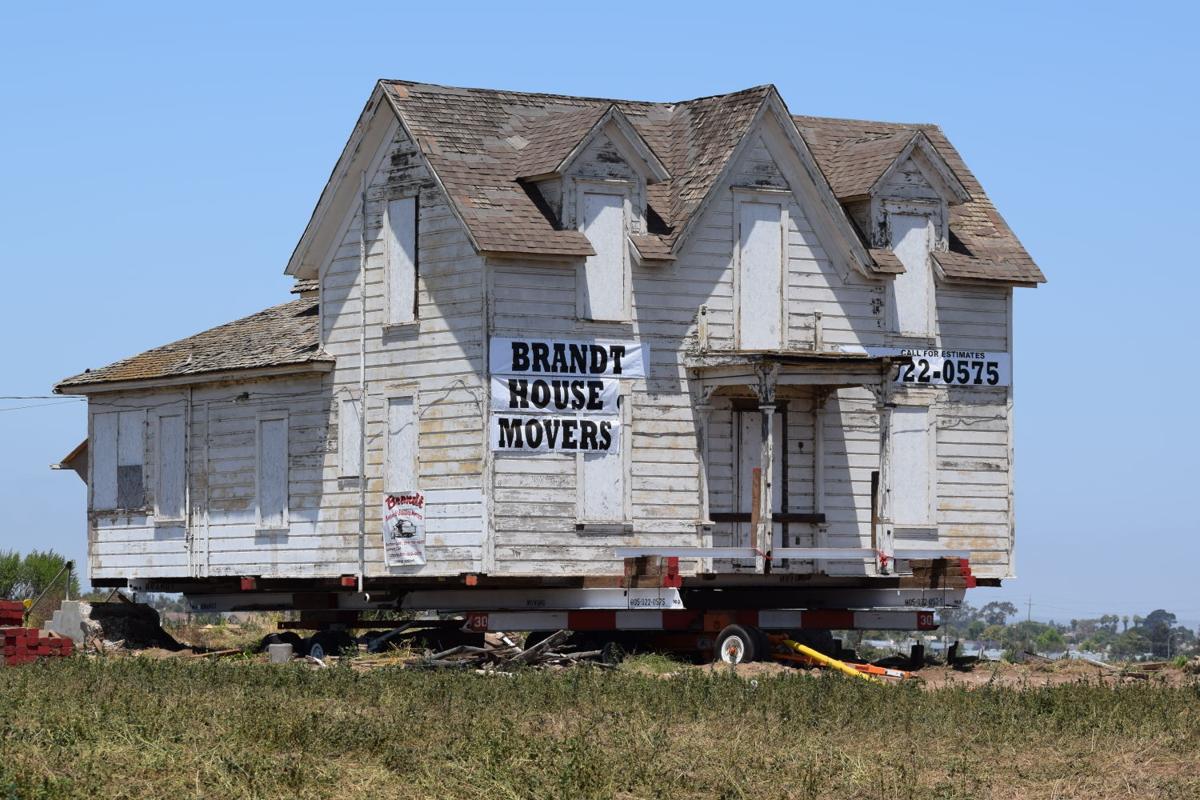 Last month, workers from Santa Maria-based Brandt House and Building Movers jacked up the Enos Ranchos house and placed it on equipment in preparation to relocate the 145-year-old home to make way for construction of a new mixed-use development start. Officials are shooting for a target date of June 24 to get the house in motion.

The planned Enos Ranchos house move is on track for next week, according to city officials.

Last month, crews from Brandt House and Building Movers started preparing the structure to be relocated to make way for a new mixed-used development on the land where the old farmhouse structure currently stands.

Officials originally had aimed for June 15 to get the house in motion, but since the site isn't ready, that date had to be moved.

The project was delayed because the developer is busy preparing the project area's roads.

"The developer’s team is currently mass grading for the new Bradley Road, and other areas of the big property," van de Kamp said.

A half-mile stretch of Bradley Road between Battles and Betteravia roads is closed while project developer NKT Commercial realigns the roadway. The general contractor for the project is J.W. Design. City officials did not give a date when the road will be reopened.

Bradley Road traffic will be temporarily detoured to Miller Street due to concurrent construction occurring on College Drive as part of the project.

The 113-acre parcel of land, which once was the Enos family farm, soon will become the new home of Costco, along with a host of other businesses and restaurants. Developers also plan to add a residential component to the Enos Ranchos property near Betteravia Road and Highway 101.

Along with commercial and residential parts of the coming development, there will be a city park included in the design, which is where the house will be relocated.

“The plan is for it to move across the property, directly to the west, and be placed somewhere within the area designated for the new park. When that happens, then they will build a new foundation in a different location. When it is time, they will go over and set the house on top of it,” said Larry Appel, Santa Maria Community Development Department director.

Once the house is firmly planted at its new location, city officials plan to eventually restore it and make it an attraction to go along with the new park.

He added, "The park site itself will be developed with park development fees that we will collect from the project.”

Billy and Sarah Jane Smith, who were some of Santa Maria's earliest settlers, built the home in 1871 as the property’s first owners. The family donated land for the city's first schoolhouse, known as Pleasant Valley School. That building was saved, too, and was moved to Buellton.

After Enos and his wife, Mary Barcellos, purchased the property, they raised seven children and began a successful agricultural enterprise at the turn of the century.

The Enos Ranch farmhouse is reportedly made of redwood. Officials believe the house will survive the moves planned for it.

Santa Maria-based Brandt House and Building Movers has been moving, raising and shoring structures since 1979.

Appel said passers-by will start to see a lot of activity at the site now. Officials estimate that the development project will be completed next year.

A road grader levels ground on the Enos Ranchos property near Betteravia Road and College Avenue, next to the old Enos House in Santa Maria.

Last month, workers from Santa Maria-based Brandt House and Building Movers jacked up the Enos Ranchos house and placed it on equipment in preparation to relocate the 145-year-old home to make way for construction of a new mixed-use development start. Officials are shooting for a target date of June 24 to get the house in motion.