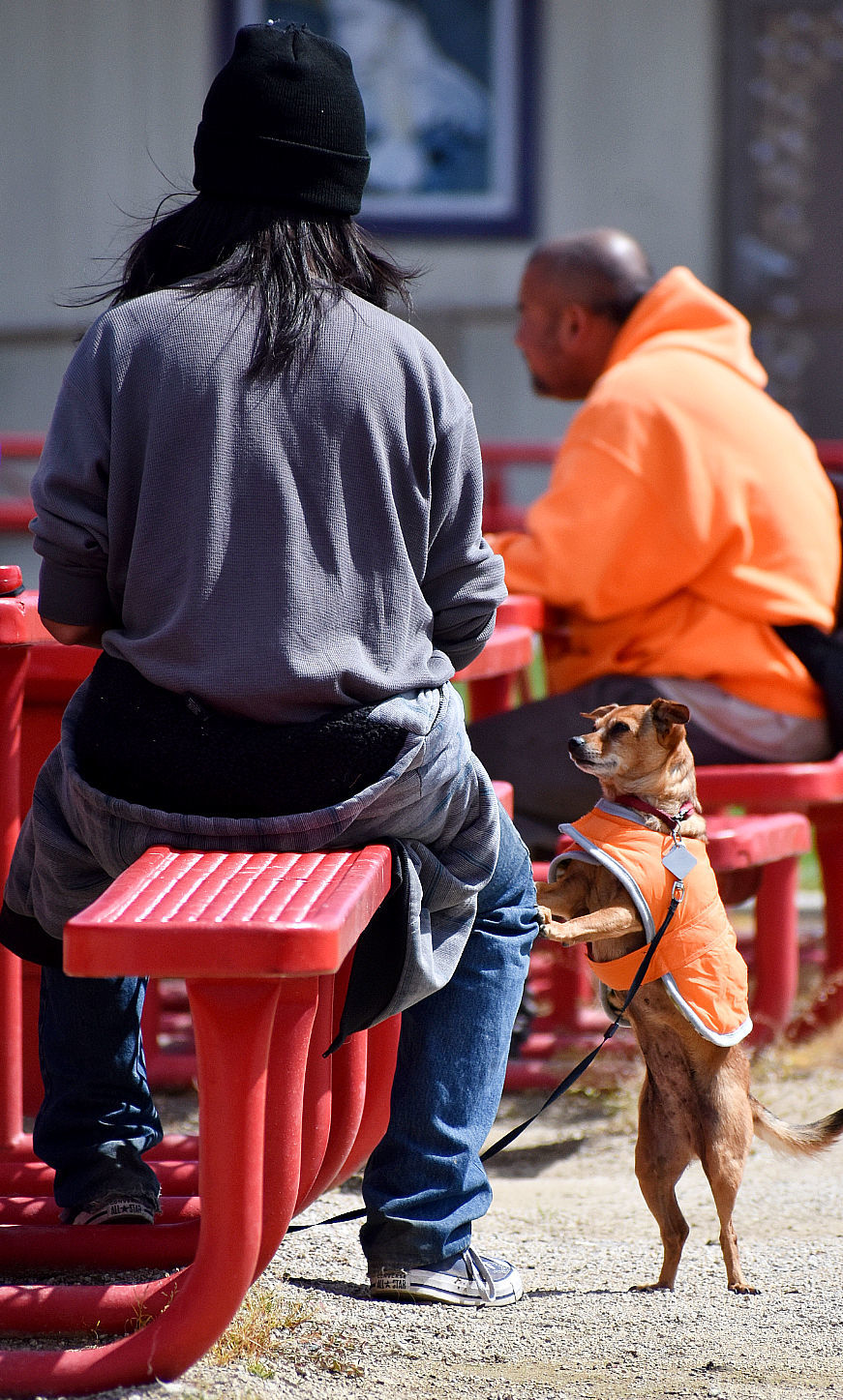 A pet and owner share lunch at a new homeless shelter at Santa Maria High School's gym, which was arranged by Santa Barbara County's Emergency Operations Center over coronavirus concerns. 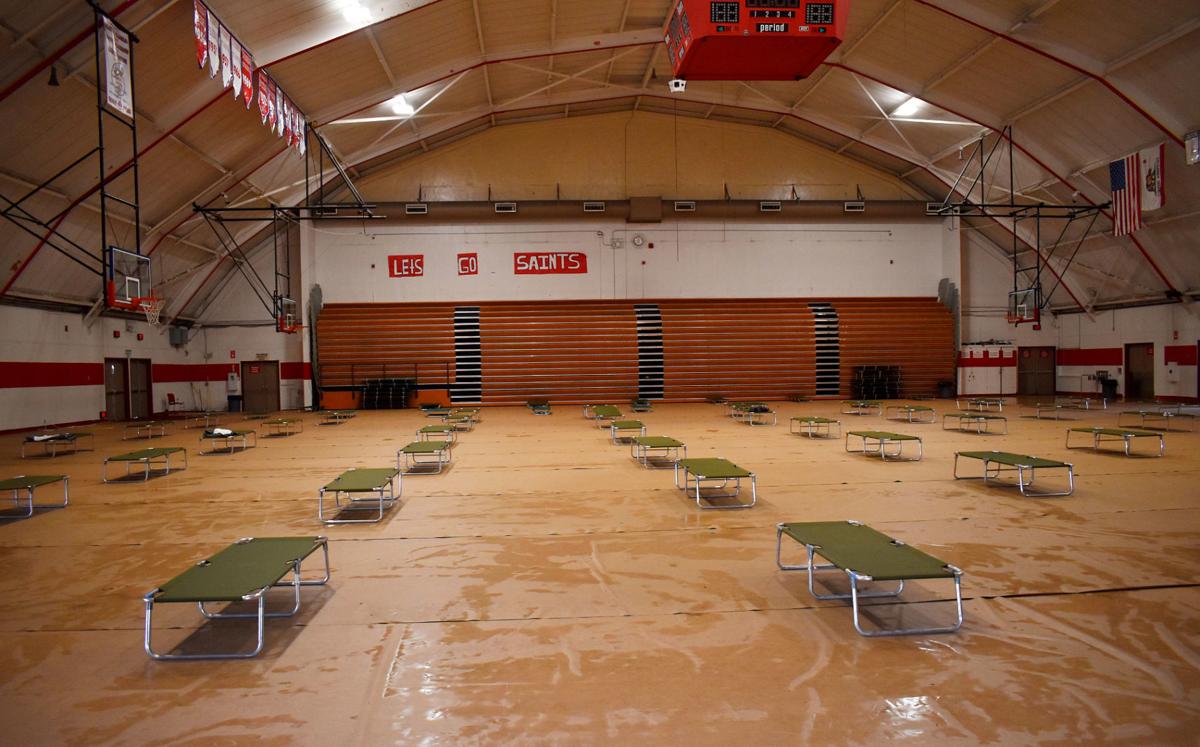 Cots are ready in a new homeless shelter at Santa Maria High School's gym, which was cleaned and sanitized Sunday morning. The facility was arranged by Santa Barbara County's Emergency Operations Center over coronavirus concerns. 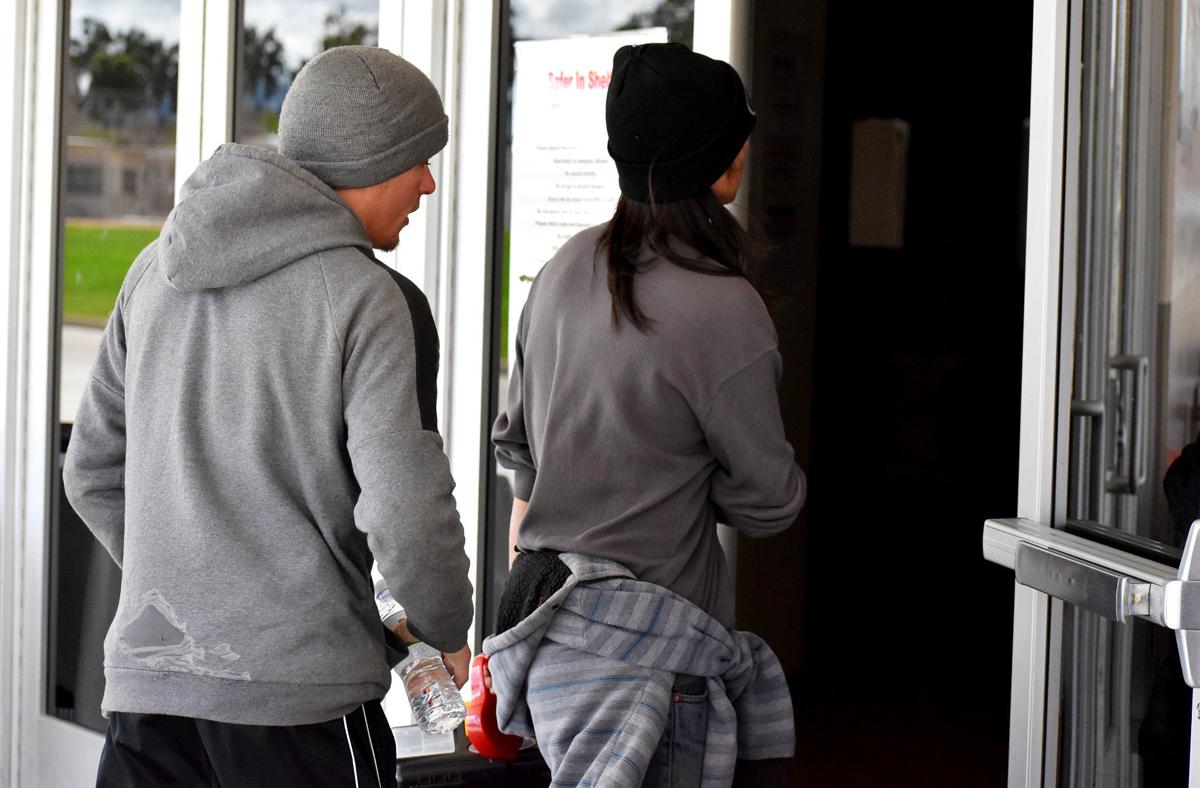 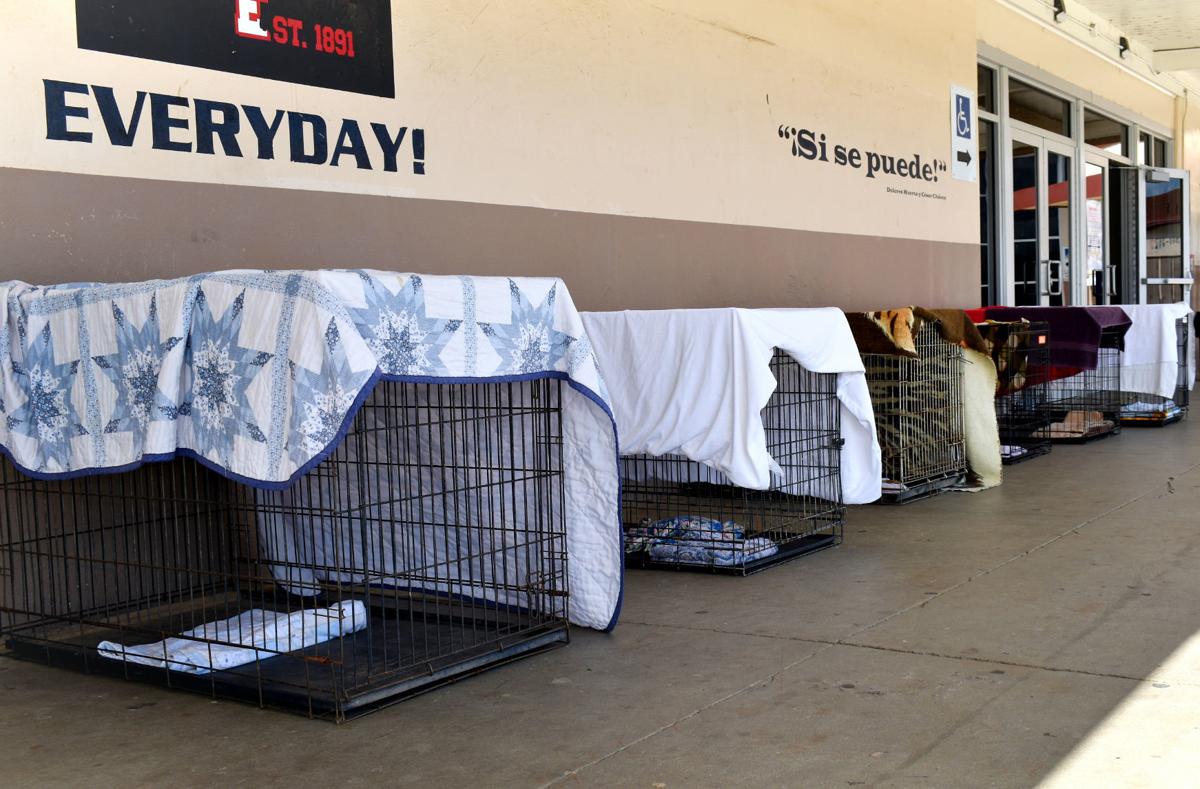 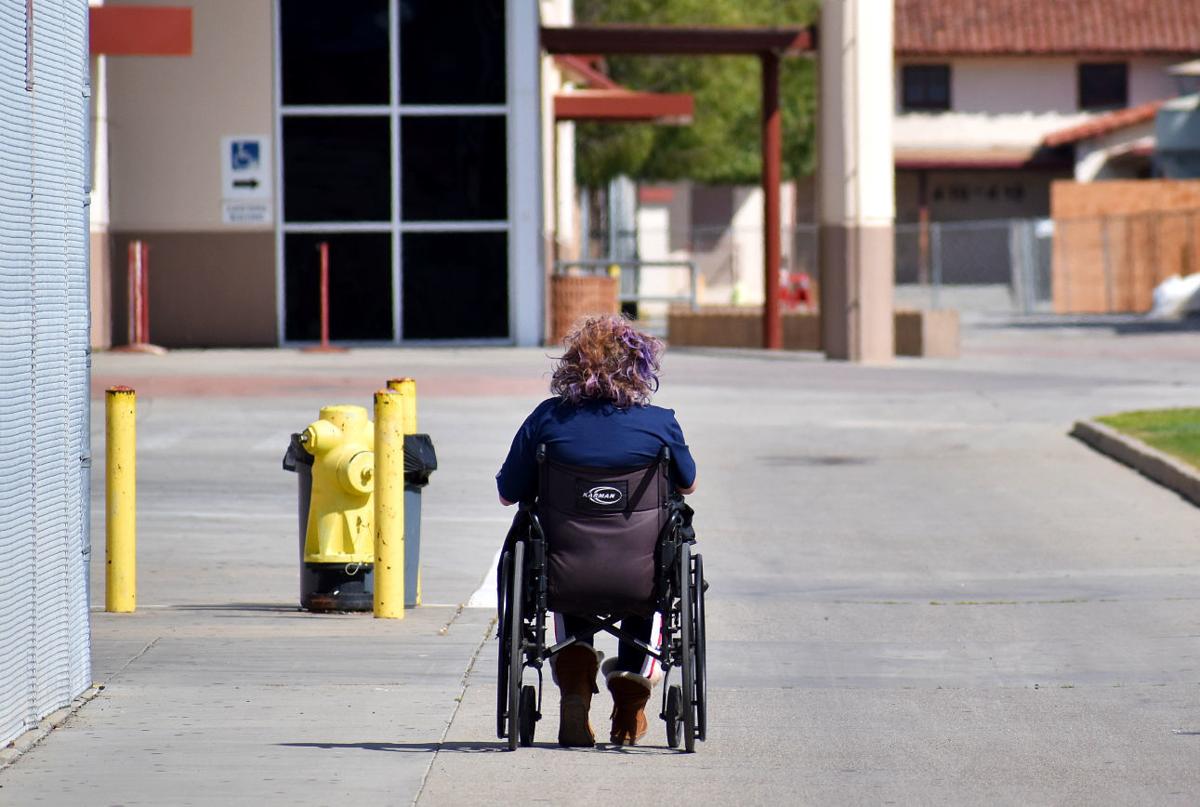 The Santa Maria High School gymnasium will now operate as a 24-hour emergency shelter to provide the homeless a place to stay and serve as a precaution against the coronavirus, the Santa Barbara County Public Health Department announced Saturday.

Homeless shelters throughout the county are experiencing capacity issues due to social distancing requirements, preventing those without homes from following the requirements of a statewide shelter-at-home order.

In response, the county Social Services Department enacted a use agreement with Santa Maria High School, enabling the county to utilize the gym as an emergency shelter area.

"This is an unprecedented time of need. We’re asking those without homes to stay safer by using the shelter," said Kimberlee Albers, county Homeless Assistance Program manager.

Entrance into the shelter is permitted from 6 a.m. to 9 p.m. daily, with sleeping cots, showers, hand washing and phone charging stations, and three meals a day offered to clients when they walk in the door. The gym has a capacity of 80 people with sufficient space for six feet of social distancing between people.

According to Albers, a COVID-19 task force including county Social Services, Community Services and the Emergency Operations Center has been holding daily phone meetings with shelter providers to discuss the needs of the homeless community.

Providers noted how the closure of community facilities has greatly restricted access to basic services that many people rely on, from the shelter and Wi-Fi at public libraries to the showers at community gyms, and put additional demand on shelter providers such as Good Samaritan.

"We were seeing a variety of impacts upon the shelters. The executive [shelter-at-home] order is law, and providers encouraged us to sustain and expand the regular shelter capacity as well as start talking about what steps we needed as we proceeded through this unprecedented event," Albers said.

The emergency shelter will be open for the foreseeable future, Albers said. Moving forward, the task force will consider enacting use agreements for additional emergency shelters in other parts of the county.

"We are not in discussions about opening anything else in Santa Maria, but we will be assessing the need in the other communities," Albers said.

Santa Maria High School, along with other public schools in the county, closed March 16 in response to coronavirus concerns with plans to remain closed until April 3 at the earliest. However, Gov. Gavin Newsom stated last week that California schools could remain closed for the remainder of the academic year.

The high school is located at 901 S. Broadway, and the entrance to the gym is at Gate 12 off Stowell Road.

Coronavirus cases hold at 18 in Santa Barbara County, increase to 33 in SLO County

The number of confirmed coronavirus cases remains at 18 in Santa Barbara County, with San Luis Obispo County confirming six new cases for a total of 33, public health officials from both counties said at press conferences on Monday.

The Santa Barbara County Public Health Department has confirmed five new positive cases of COVID-19 in the county, bringing the total to 18.

A local family is spreading joy with signs and costumes, inviting drivers along Highway 1 to smile amid coronavirus concerns.

A pet and owner share lunch at a new homeless shelter at Santa Maria High School's gym, which was arranged by Santa Barbara County's Emergency Operations Center over coronavirus concerns.

Cots are ready in a new homeless shelter at Santa Maria High School's gym, which was cleaned and sanitized Sunday morning. The facility was arranged by Santa Barbara County's Emergency Operations Center over coronavirus concerns.