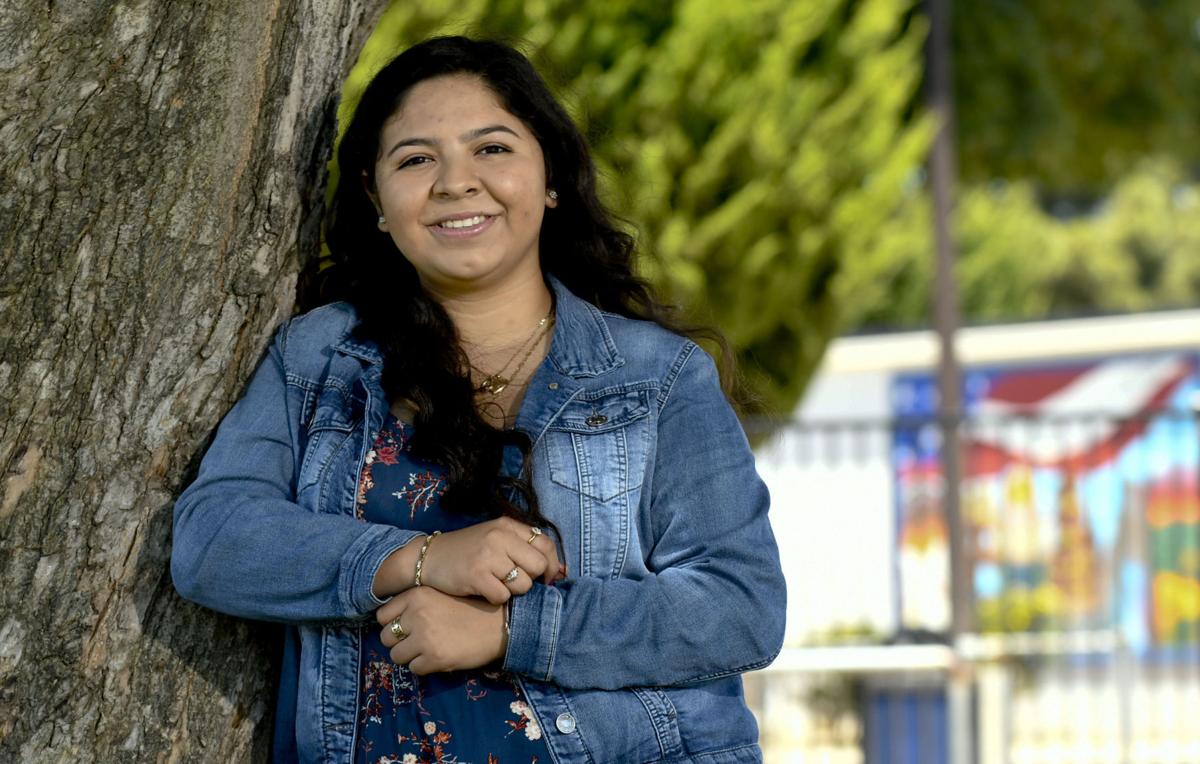 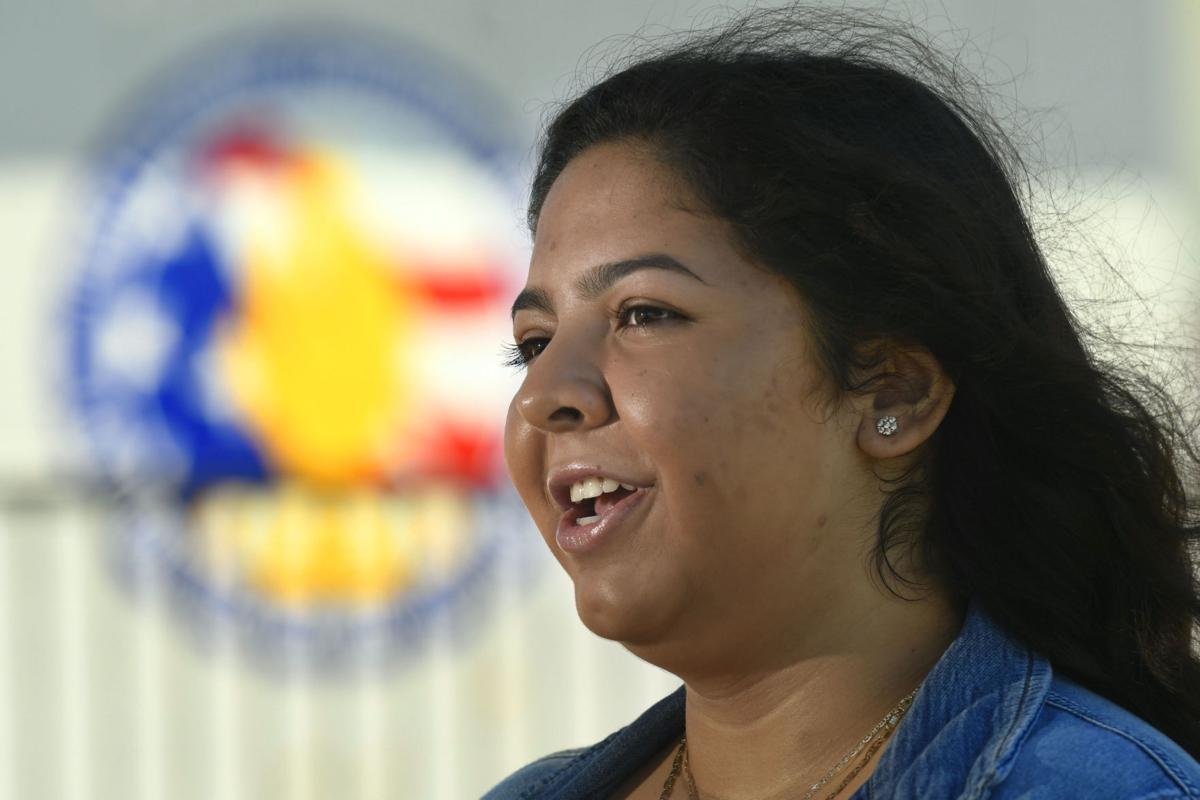 Some of Denise Robles’ earliest memories of formal education involve leaving her preschool upset about her inability to understand her teacher due to a language barrier.

Thanks to the lessons learned while overcoming that early challenge, Robles’ experiences with school would drastically improve.

Robles will graduate from Lompoc High School during its drive-by ceremony Thursday — scheduled for 10 a.m. to 2 p.m. on campus — after having been the top student in her class each of the past four years and earning a full scholarship to study engineering and business at UC Berkeley.

Beyond her success at school, Robles also was involved in a range of extracurricular activities and spent part of last summer participating in an acclaimed science program at the Massachusetts Institute of Technology.

“Since I was younger, my mom always said that education is something that no one can take away from you,” Robles said. “And she always made it clear to me that if I wanted to have a pretty good life and be successful, then school is something that I should pursue. Since a young age, that’s always been my mindset and, thankfully, now it seems like I’m going on the right path.”

Robles credits hard work and the support of her family and teachers for her post-preschool turnaround.

When she was a preschooler, Robles' family only spoke Spanish. To help her learn English, Robles said, her mother bought a small Spanish-English dictionary and the two of them would sit for hours while Robles, at the encouragement of her mother, would translate her homework and write words in English with their meanings.

Later, she said, her mom got her a digital translator to help her learn to correctly pronounce English words.

“My mom could have given up on me or could have depended on the teachers to help me, but instead she took action and helped me learn English, when she didn’t even know the language,” Robles said. “However, the main idea isn’t that she taught me English, but it is that when one puts action, dedication and hard work, there isn’t anything that one can’t do.”

Robles credits a middle school field trip to Cal Poly with stoking her interest in engineering.

After getting accepted into MIT’s Online Science, Technology, and Engineering Community (MOSTEC) program last year, she knew that was the field she wanted to pursue.

Robles was among 137 high school juniors nationwide to be selected for the program — more than 2,000 students applied — which earned her a weeklong trip to Massachusetts, where she learned about computational biology and using genetic browsers to detect mutations in DNA, among other things. She was the first-ever student from Lompoc High to qualify for the program.

Robles described the program as “amazing” and said she met some of her closest friends there.

“I’m happy I could put Lompoc’s name out there, and I really hope more kids from Lompoc High School can go,” she said. “It was funny just to see their expressions when they were like, ‘Lompoc, where’s that?’”

Robles plans to study bioengineering and biomedical engineering — fields that produce prosthetics and robotic limbs, as examples — at UC Berkeley, in addition to earning a business degree. Ultimately, she wants to establish her own biotech company through which she can “change people’s lives for the better.”

She acknowledged her planned workload may sound overwhelming but noted, “I’ve been in contact with other students that have graduated from Berkeley and have already done the same type of things I want to do, and they’re really helping me out and giving me good advice.”

Jackie Torres, who was Robles’ counselor at Lompoc High, is confident Robles will find success in whatever she pursues.

“Not only is she one of the highest academic achievers in my career, but she is probably one of the most focused and determined students I have known,” she said. “What sets Denise apart is that she looks for opportunities to expand and enhance her knowledge in and outside of the classroom, she has a strong curiosity about the world beyond [Lompoc] and she pursues her goals and aspirations with tenacity.”

Robles is grateful for her time at Lompoc High, where she helped revive the school’s Future Business Leaders of America program and was involved in the Robotics Club, California Scholarship Federation, student government, the Astronomy and Yoga clubs, and also joined the soccer, tennis, swimming and water polo teams.

“My motivation to help empower the youth came from my mom and my studies,” she said. “My mom always said that some kids that were considered bad weren’t actually bad but just wanted to be heard by someone.”

While Robles acknowledged it was disappointing to have her senior year cut short due to the COVID-19 pandemic, she believes the crisis will only make the Class of 2020 stronger.

“I wasn’t going to give a speech,” she said of her class’s graduation ceremony, even if it had been held as usual, “but I’m pretty sure most students know what I would have said and how proud I am of our whole class, in general, and even more now with this pandemic and how we’re adjusting and adapting. We all think pretty much the same way: that we’re a class that will always be remembered.”

On Monday evening, Elizabeth and Martin Cosio were among 42 graduates — including another married couple — to pick up their diplomas in a drive-through graduation celebration at Lompoc Unified School District’s El Camino Community Center.

Each of LUSD’s four diploma-issuing institutions — Lompoc, Cabrillo and Maple high schools, plus the Lompoc Adult School and Career Center — will host small celebrations over the next week that will offer opportunities for graduates to walk across their school’s respective stage.

'I really miss being in the classroom': Lompoc teacher still connecting with students

The series “Our neighbors: Living through a pandemic” is a collection of short vignettes highlighting the struggle and the hope of residents quarantined on the Central Coast. Through their stories it becomes clear that we really are facing the coronavirus together.

Lompoc High School thanks, congratulates Class of 2020 with gym mural

Principal Paul Bommersbach began work late last week on a mural on the southern wall of the Lompoc High gym that includes the names of the 360 members of this year’s senior class, as well as a couple messages of support for the class. That move is in addition to a large banner that the school has begun publicly displaying around the city to congratulate the class on its accomplishments, despite what turned out to be an abbreviated final year.

After overcoming several serious medical issues and enduring teasing from peers, Hanna Michels will graduate alongside her classmates in Cabrillo High School’s drive-through celebration scheduled for 10 a.m. to 2 p.m. Thursday.

On Wednesday, more than 80 Maple High School seniors were celebrated during a mini-graduation event. The ceremony was unlike any other in the school’s history, as graduates and their families arrived at staggered times and social distancing measures were put in place to comply with public health orders during the ongoing COVID-19 pandemic.

Despite the circumstances, the mood was festive for Lompoc High School's celebration, which took place in the parking lot south of Huyck Stadium. Graduates waited in vehicles with their loved ones before exiting one at a time to cross either of two small makeshift stages on which graduates received their diploma covers and posed for photos.

'Lean in to the unknown': Cabrillo High graduates look to embrace future challenges

In a year marked by unforeseen circumstances, Cabrillo High senior Rachel Carlos used her “Conq-uer Speech” to uplift and encourage her classmates. Carlos said her past experiences — good and bad — helped prepare her to deal with a school year that was unlike any other.

While LUSD administrators expressed a desire to return to a traditional school schedule with on-campus classes when the new school year starts on Aug. 17, they acknowledged that such a return appears unlikely with the COVID-19 pandemic still ongoing. With that in mind, the district has released a set of contingency plans that could see the continuation of remote learning, either fully or partially, in the event that physical classes aren’t an option.