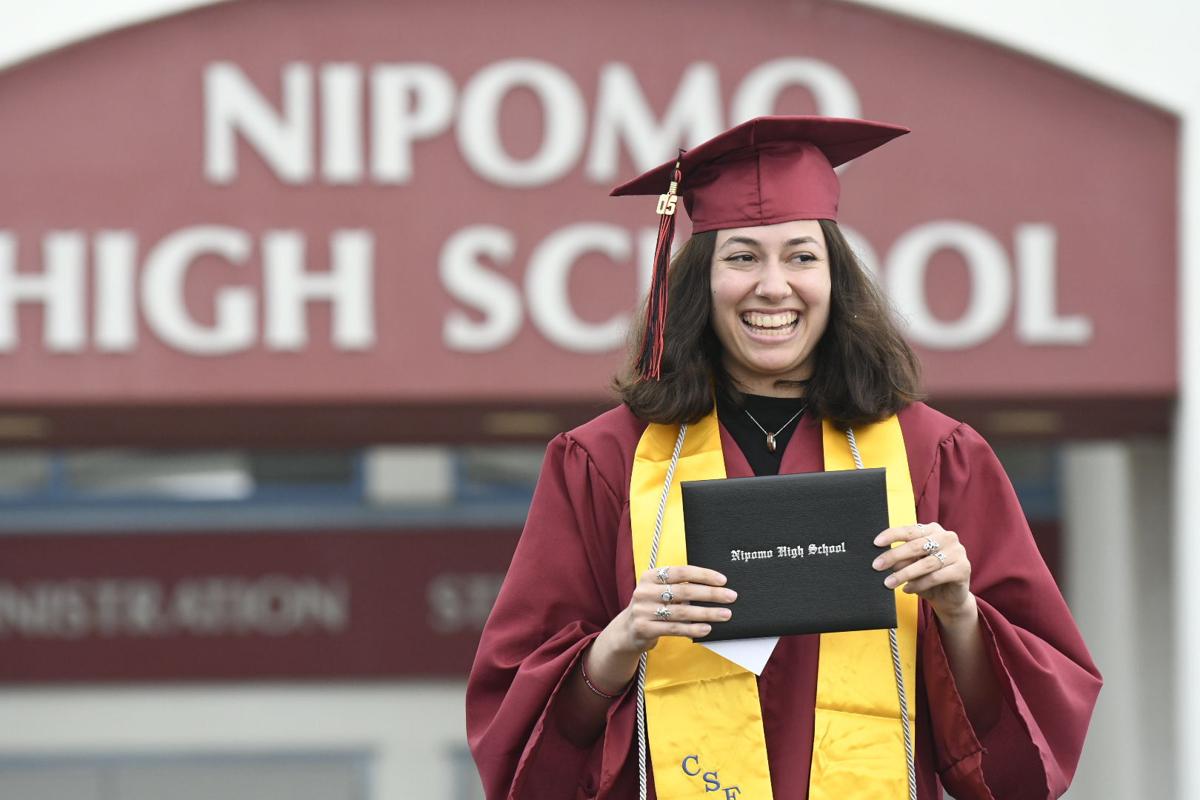 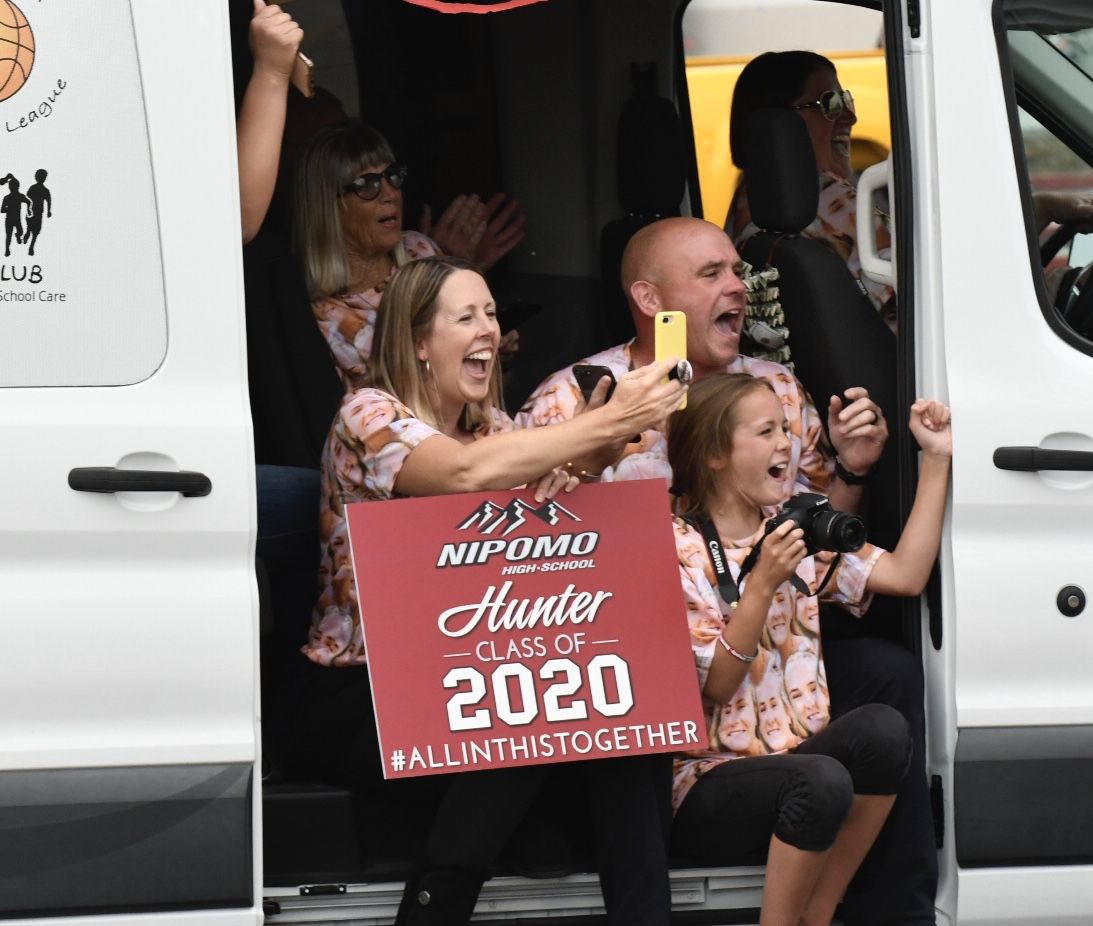 Nipomo High School graduated 209 seniors Friday, sending at least 60% of the students on to higher education from a class unique for including seven co-valedictorians but no salutatorian.

Because of social distancing orders to halt the spread of COVID-19, graduates received their diplomas and a gift, and had their photographs taken in a complex hybrid drive-through, walk-through ceremony that involved five checkpoints.

But the process allowed graduates to participate in one of the traditional rituals of commencement — walking across the stage to receive their diplomas — even though it was not open to the public.

“Despite the limitations during these unprecedented times, we are excited to retain our traditional date, time and program while also fulfilling our seniors’ most frequent requests of walking across the stage, capturing the moment of receiving their diploma, and being together one last time, albeit distanced in separate vehicles,” said Amy Jacobs, spokeswoman for Lucia Mar Unified School District.

Friends and family, limited to one vehicle per graduate, had to watch the ceremony via live streaming on YouTube or listen to it via an on-campus FM radio broadcast.

Six plan to attend a trade school, four will go straight into the workforce and eight are joining the military — four into the Army, three into the Navy and one into the Air Force, Jacobs said.

Twenty-five of the graduates were awarded scholarships totaling $80,000.

“The Class of 2020 is equipped for career, educated for college and empowered for community like no previous class,” NHS Principal John Denno said. “Their perseverance and sacrifice during this spring semester has influenced them in a manner that extends far beyond our school, into our community, region, state, nation and world.

'I feel loved by everyone': Adopt-A-Senior program gives local students a positive send-off

“Our community has an unwavering belief in these graduates, knowing they will commit to making a difference and continue to grow individually while working cooperatively as citizens and neighbors,” Denno said. “We look forward to seeing where they take their Titan Pride.”

Class of 2020 celebrated with unique, physically distanced celebrations across the Central Coast