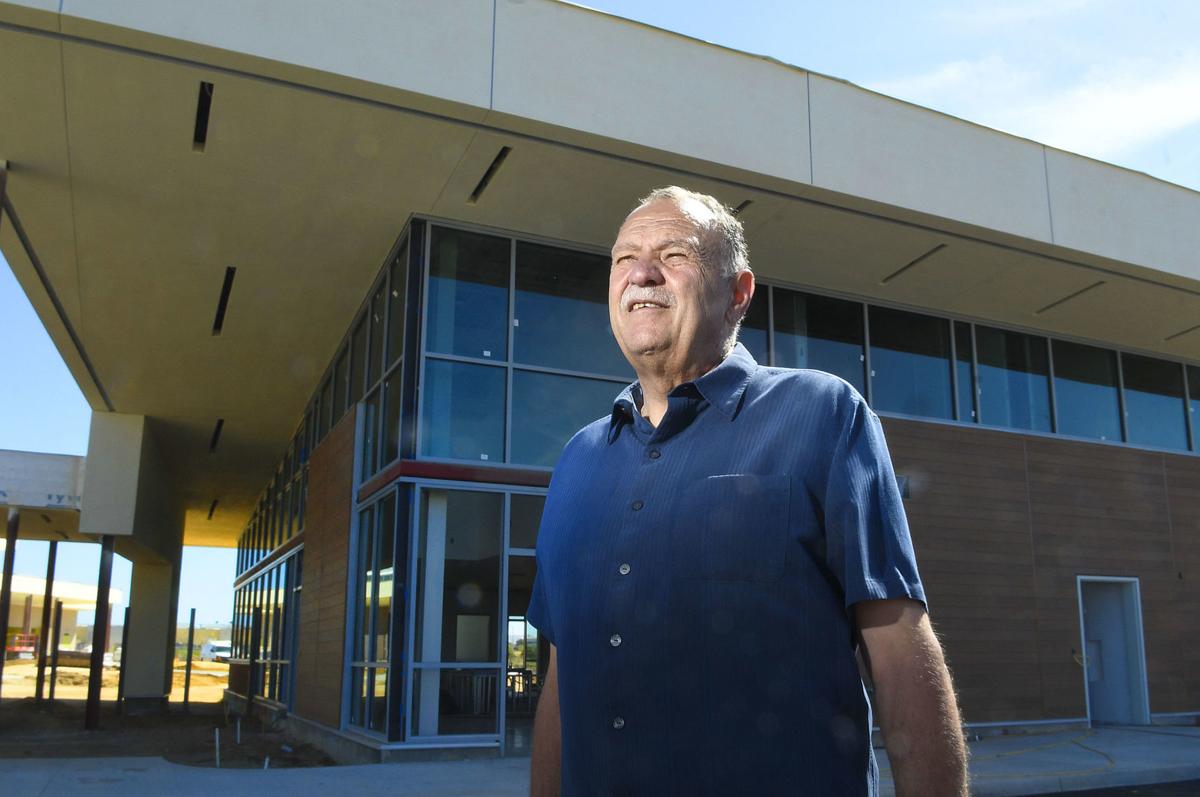 William Libbon stands outside the newest elementary school in Santa Maria on Thursday, the day after the Santa Maria-Bonita School District board voted to name the school for him. 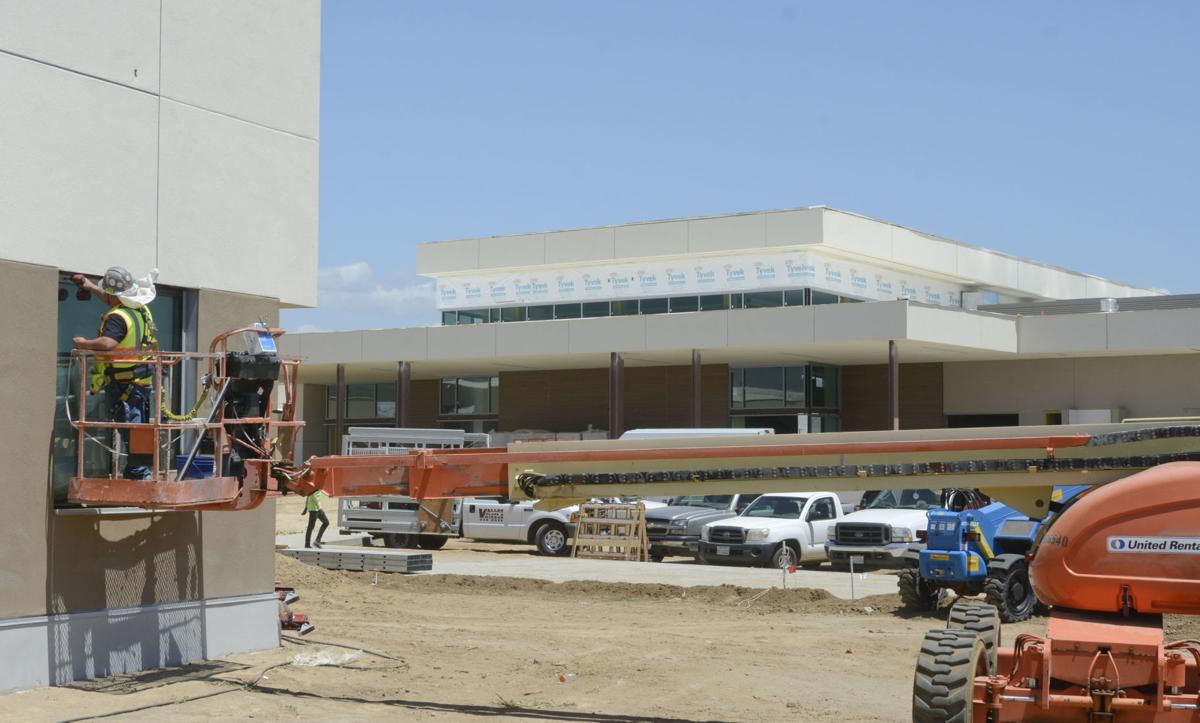 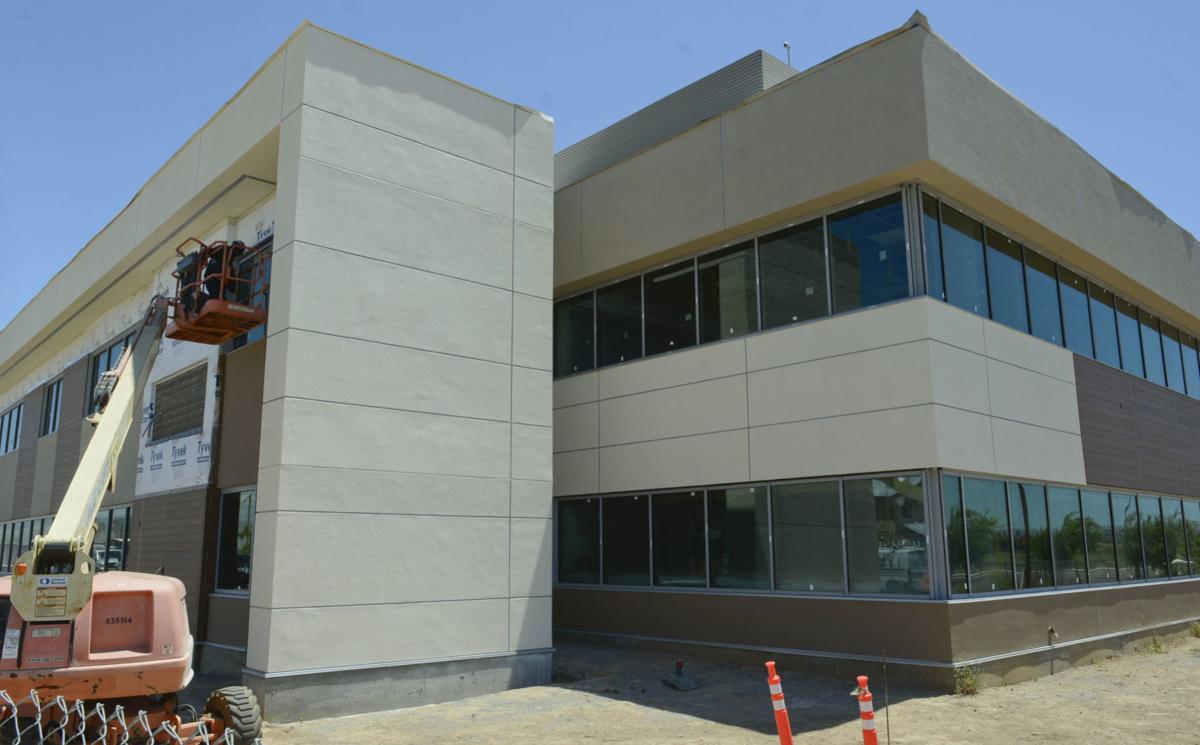 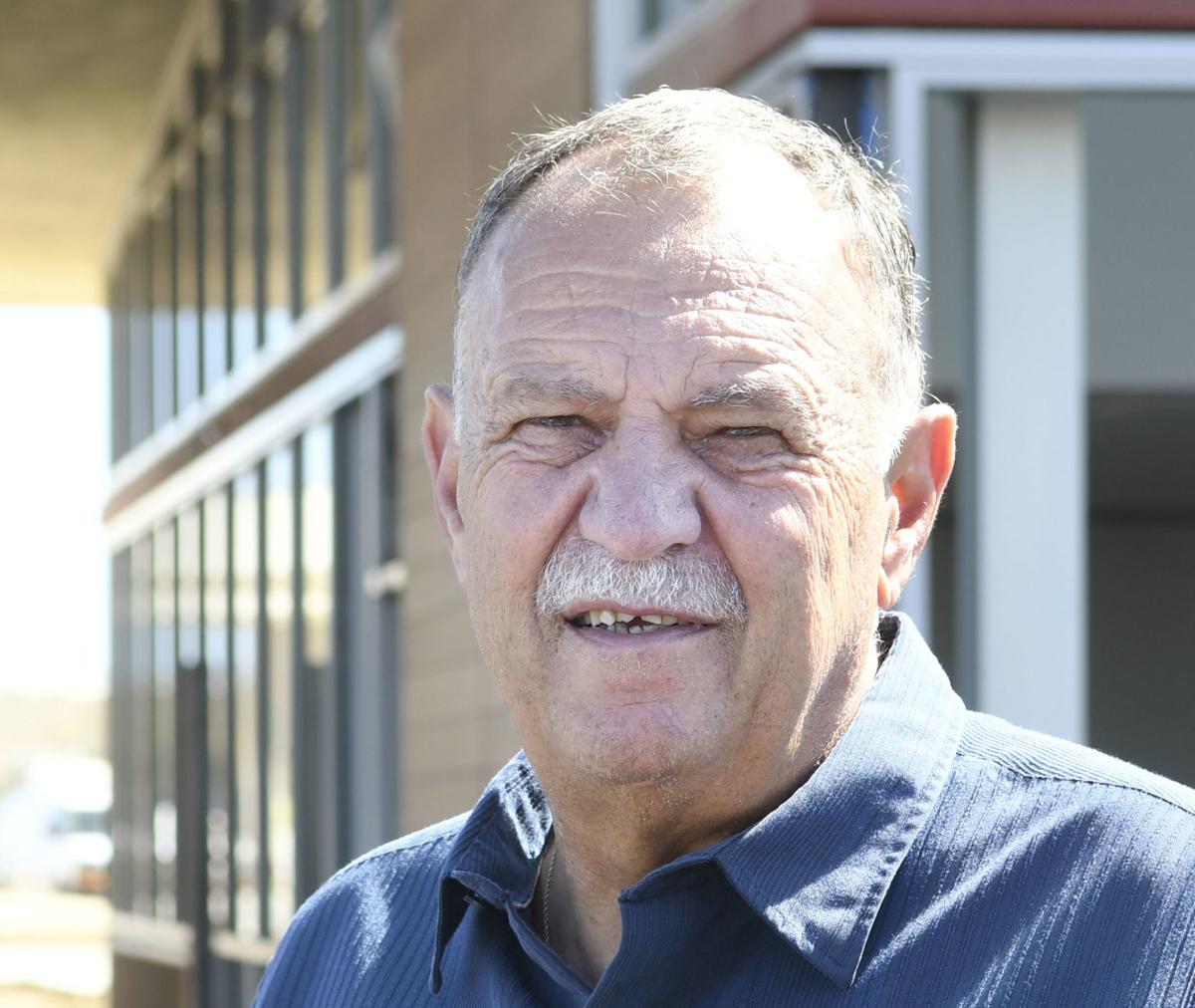 William "Bill" Libbon stands outside the new elementary school in Santa Maria that was named for him. 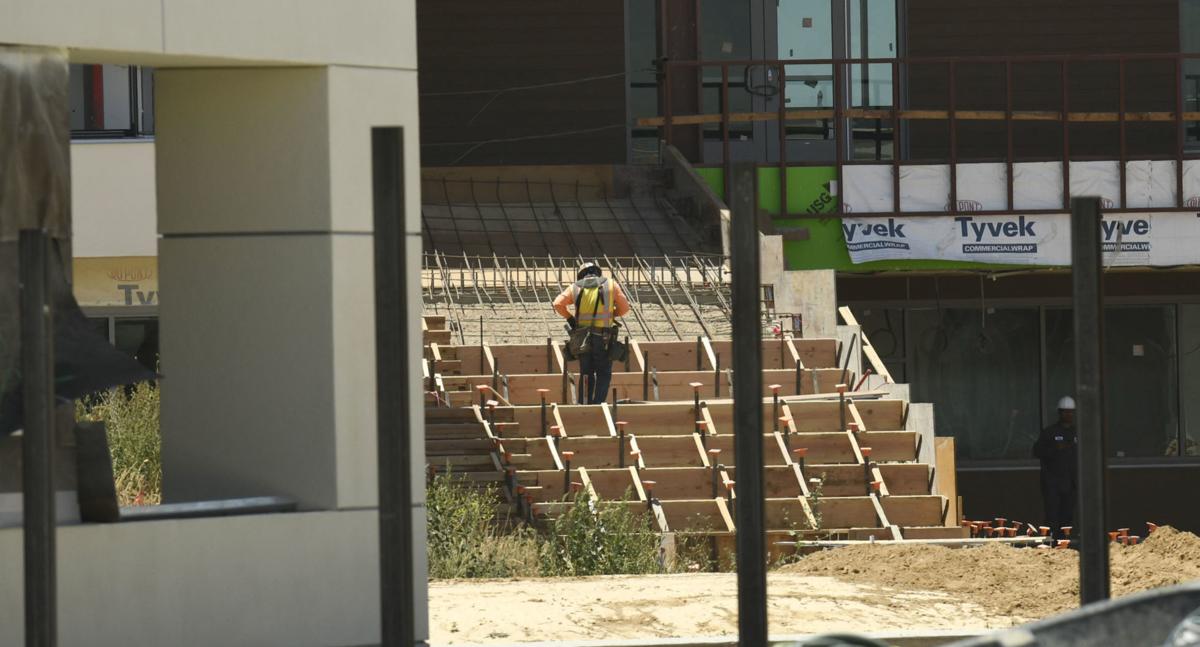 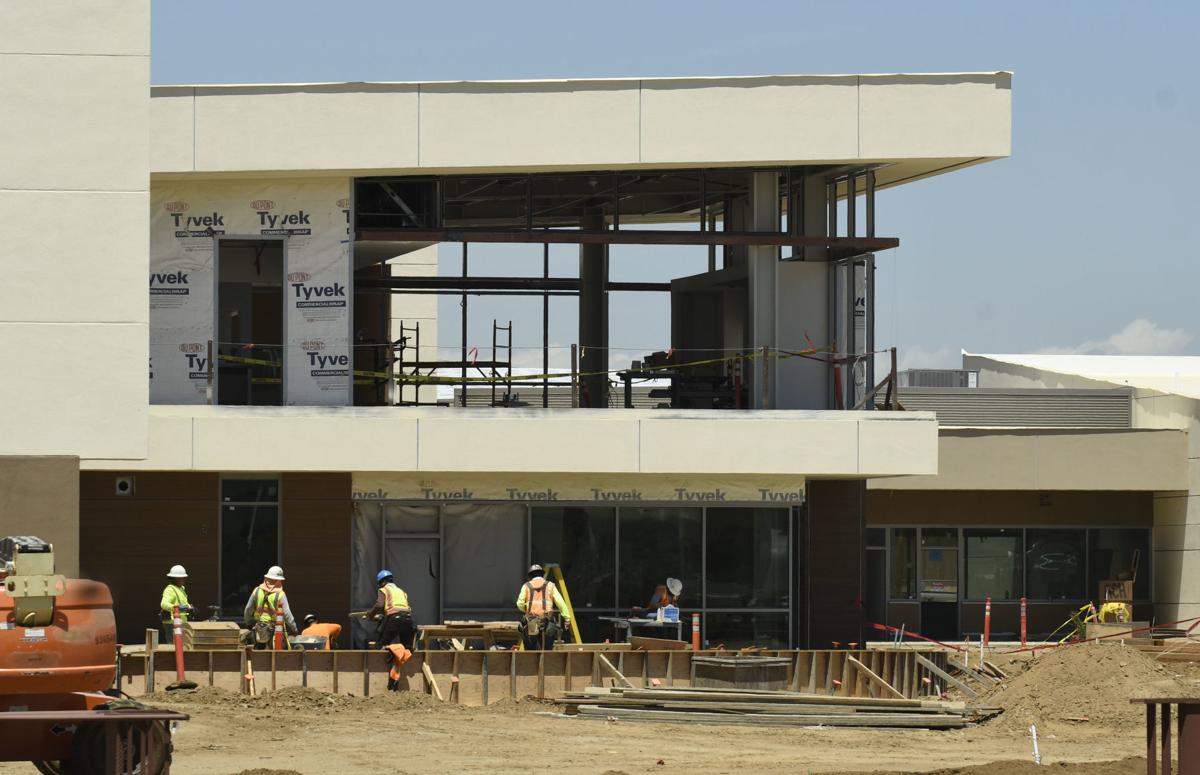 The namesake for Santa Maria-Bonita School District’s newest campus said he is honored but humbled to have it named for him, despite his nearly lifelong involvement in molding the area’s youth into future leaders.

School board members voted to name the district’s 21st campus William “Bill” Libbon Elementary School in honor of the man who’s been involved with youth since he himself was in high school.

The 5-0 decision came Wednesday after the board also considered the Pleasant Valley, Enos and Enos Ranch nominations for the name of the two-story, 60,000-square-foot school still under construction at South College Drive and the new Meehan Street.

“I’m very humble and grateful for the honor and for being a part of so many lives,” Libbon said Thursday. “The memories, the friendships and the lessons with the kids will always be part of my life.”

Daughter Christina Flores, who now lives in Southern California, said the whole family watched the school board meeting via Zoom.

“It was very exciting,” she said, noting community support was tremendous, with a Facebook page started for Bill Libbon Elementary School and an online petition backing him for the school’s namesake garnering 250 signatures in a week.

“The amount of support and things people have written about him is just amazing,” she said.

His wife, Anna, described the honor as “pretty awesome.”

“He deserves it,” she said. “I don’t think he realizes how much he’s done. His kids were super excited last night.”

Even though retired from his last job as executive director of what was then the Boys and Girls Club of Santa Maria, Libbon at 68 is still working with youth back where he began his career as a volunteer in the Santa Maria Recreation and Parks Department.

In high school, Libbon took a class in work education and saw St. Mary’s School was looking for someone to help coach its flag football team, so he volunteered. He asked the Recreation and Parks Department if the team could join the city league, which it did and went on to win the championship.

Libbon was also volunteering with the Recreation and Parks Department when he was hired there at age 17.

After graduating from Santa Maria High School, he attended Hancock College, then earned a bachelor's degree at Long Beach State. He was back working for the city and preparing to earn a teaching credential at Cal Poly when a job opened up at the Boys Club.

“Al Vierra was looking for a basketball coach,” Libbon recalled. “I’d been a club member in Pennsylvania as a little kid. I thought I’d give it a try. I could always fall back on teaching.”

He was hired as program director, later became the work director, director of operations and finally executive director, a post he held for 14 years until retiring in 2014.

He enjoyed retirement for about a year and a half until the Recreation and Parks Department asked if he’d like to come back.

He now works with the sports program, making sure fields are ready for games, inputting scores and standings and “whatever they need,” Libbon said.

Standing outside his namesake school Thursday, a pickup truck driving by on Meehan Street suddenly stopped and the driver yelled a hello and “congratulations.” Moments later, Libbon took a congratulatory phone call from Vierra.

“We can’t go anywhere in this town without running into someone we know,” his wife said.

Youths Libbon mentored or who passed through through the Boys Club and later Boys and Girls Club have gone on to become local police officers, school principals, engineers, dentists and business people, and some stayed to work for the club while others served on its board of directors.

“It’s all about the kids,” Libbon said. “It’s great to see the fine young men and women they’ve become. That’s the most rewarding thing.”

William Libbon stands outside the newest elementary school in Santa Maria on Thursday, the day after the Santa Maria-Bonita School District board voted to name the school for him.

William "Bill" Libbon stands outside the new elementary school in Santa Maria that was named for him.