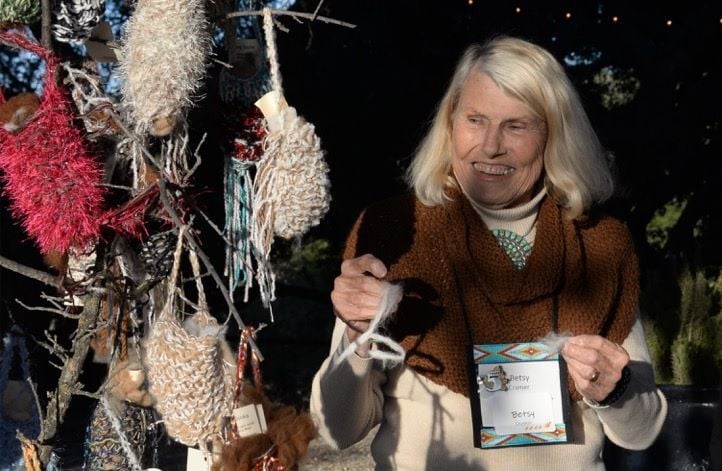 Betsy Cramer, a 10-year docent for NatureTrack, displays some of her hand-knitted Nesting Socks that were given to trail docents honored during the organization's 10th anniversary event May 27 at Zaca Creek Ranch. 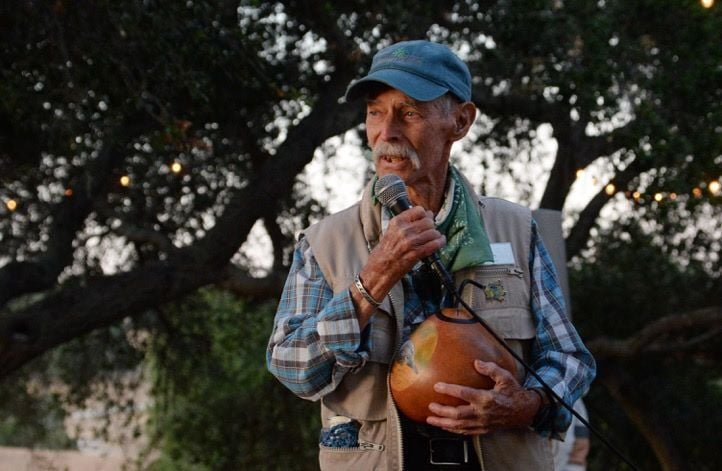 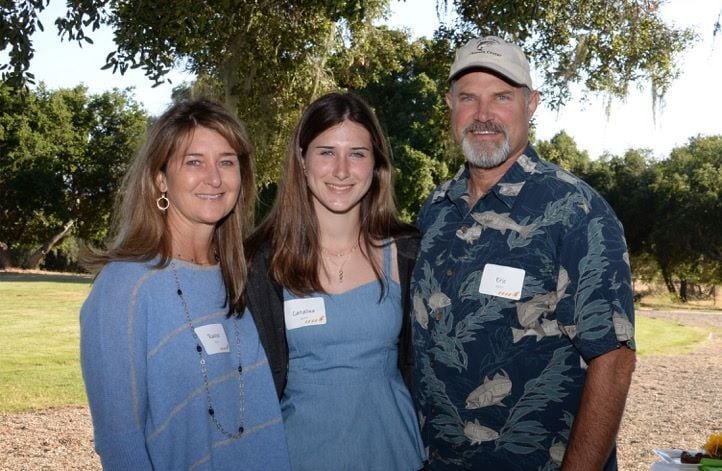 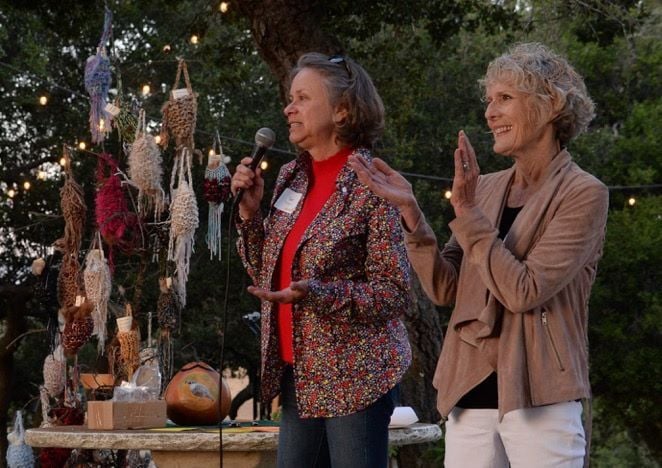 Sue Eisaguirre, founder of NatureTrack, and Margee Lennard present the Dan Conaway Docent of the Year Award to Sam Babcock during the organization's 10th anniversary event.

Betsy Cramer, a 10-year docent for NatureTrack, displays some of her hand-knitted Nesting Socks that were given to trail docents honored during the organization's 10th anniversary event May 27 at Zaca Creek Ranch.

Sue Eisaguirre, founder of NatureTrack, and Margee Lennard present the Dan Conaway Docent of the Year Award to Sam Babcock during the organization's 10th anniversary event.

New films will be screened along with a selection of the best films from the past three years.

In 2022, the three-day format will return and include a virtual component, the spokeswoman said. Submissions for the 2022 festival will be accepted starting Jan. 1 at https://filmfreeway.com/.

Docents, volunteers and supporters joined NatureTrack founder Sue Eisaguirre on May 27 at Zaca Creek Ranch to mark the organization’s 10th anniversary and “celebrate those who have contributed to the success of NatureTrack,” a spokeswoman said.

Event guests were treated to music from O.n.E. as they mingled beneath the canopy of oaks, nibbling appetizers and sipping wine and beer, visiting the resident alpacas and llamas, reading thank-you letters from schoolchildren and teachers, and watching a film of photos from the organization’s first 10 years.

Among those honored were Catalina Kett, the first recipient of the $5,000 NatureTrack Nancy Stearns Scholarship, and Sam Babcock, who was chosen to receive the Dan Conaway Docent of the Year Award for outstanding service.

Conaway's widow, Margee Lennard, presented Babcock with a hand-painted gourd containing messages of appreciation, known only to recipients, from former winners of the award.

Eisaguirre also used the occasion to announce a new program called NewTracks that will enable people who use wheelchairs or have other mobility challenges to participate in NatureTrack field trips using a Freedom Trax unit.

She said the unit quickly transforms a manual wheelchair into a battery-powered all-terrain vehicle that can traverse beach sand and trails.

Eisaguirre launched NatureTrack after working at the UCSB Sedgewick Reserve as the outreach and K-12 coordinator to provide a cost-free outdoor field trip program for all kindergarten through 12th grade students that would supplement classroom studies.

Six years later, she started the NatureTrack Film Festival to present the best international nature films and serve as a sustainable funding source for the program.

Since its launch, more than 25,000 students have experienced a NatureTrack docent-led hike on local trails and beaches throughout northern and southern Santa Barbara County, she said.