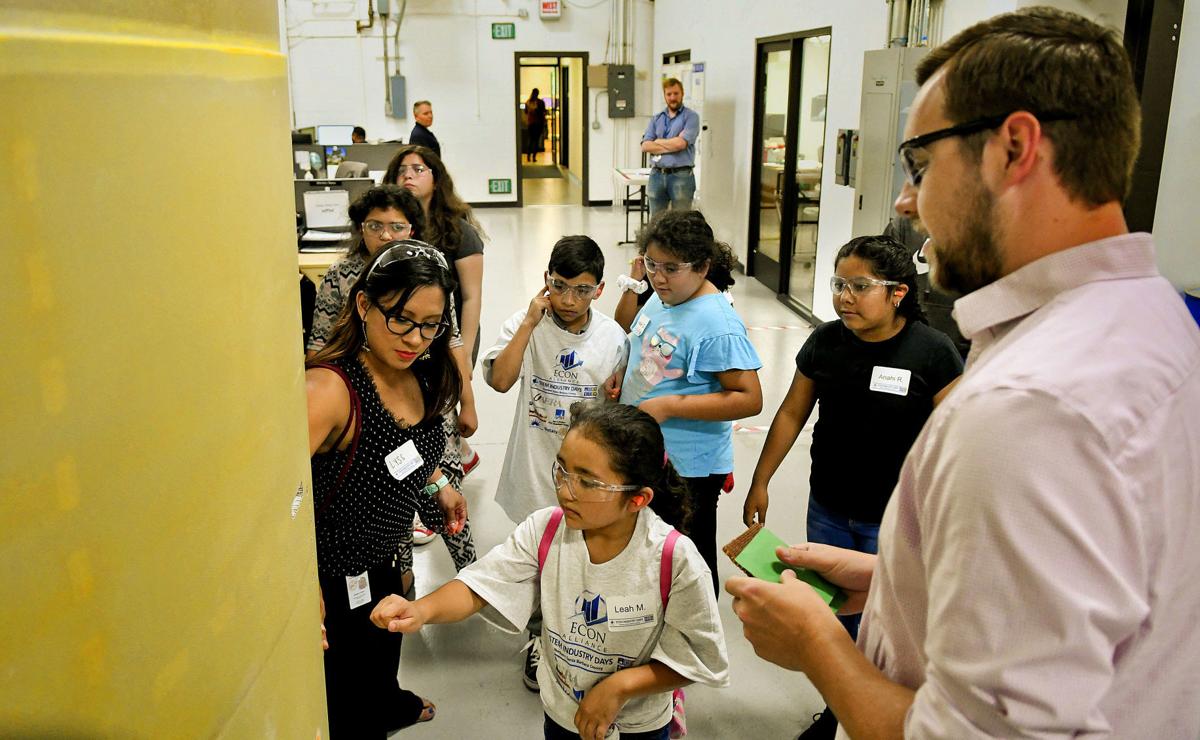 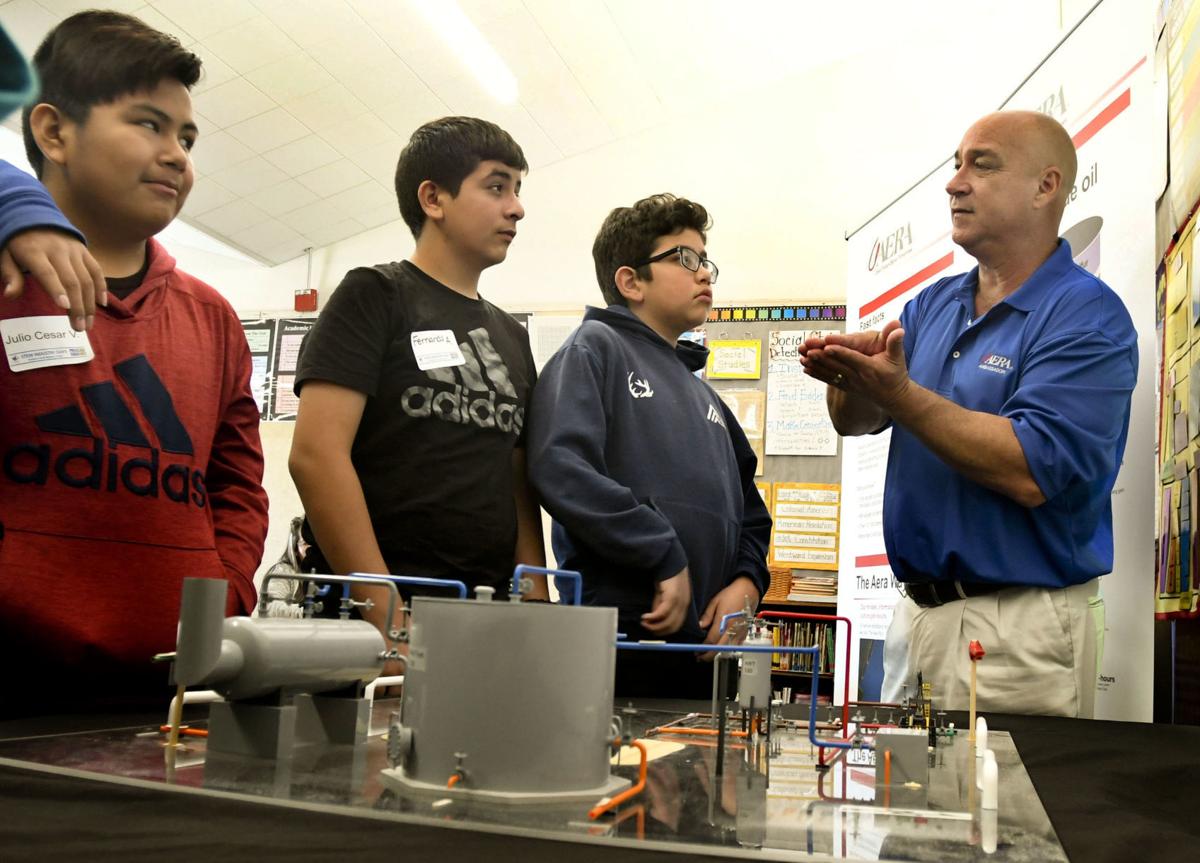 Aera Energy's Paul Rogers talks about the oil industry with participants in STEM Industry Days who had gathered at Robert Bruce School on Wednesday. 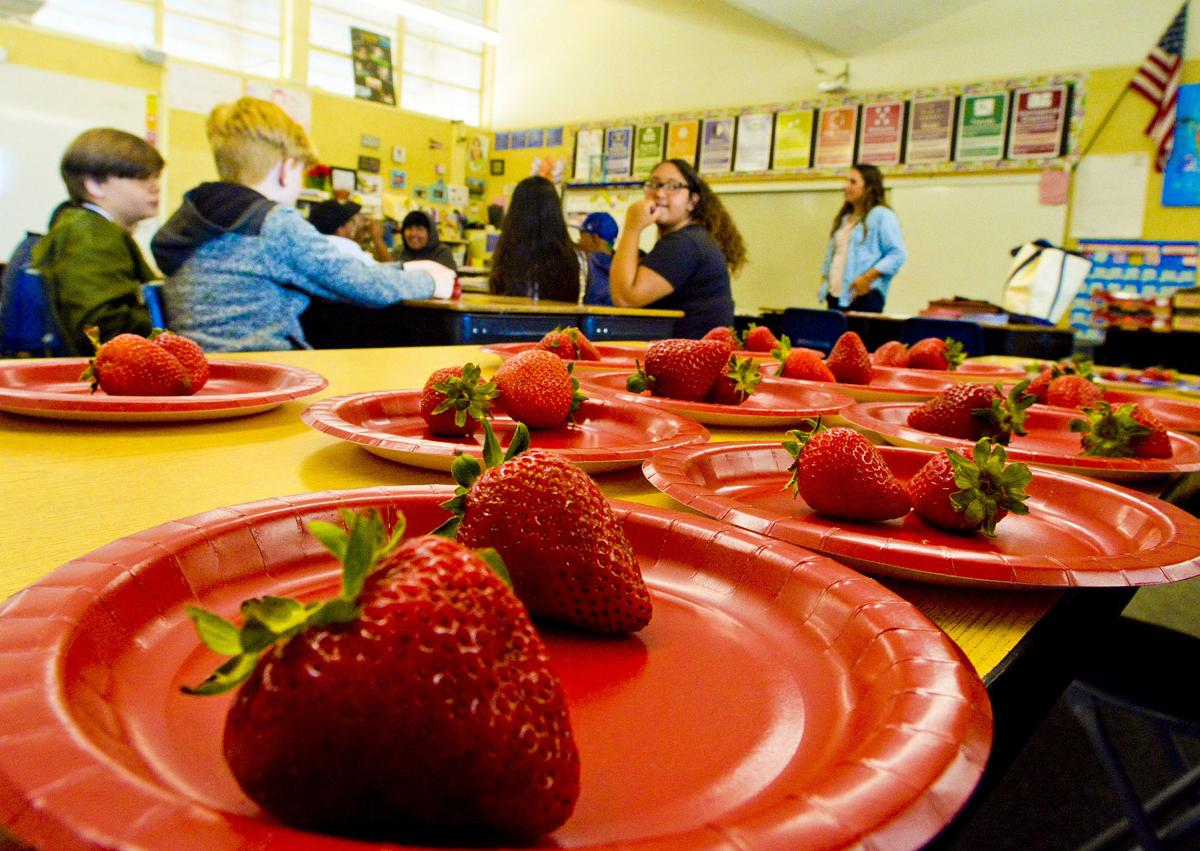 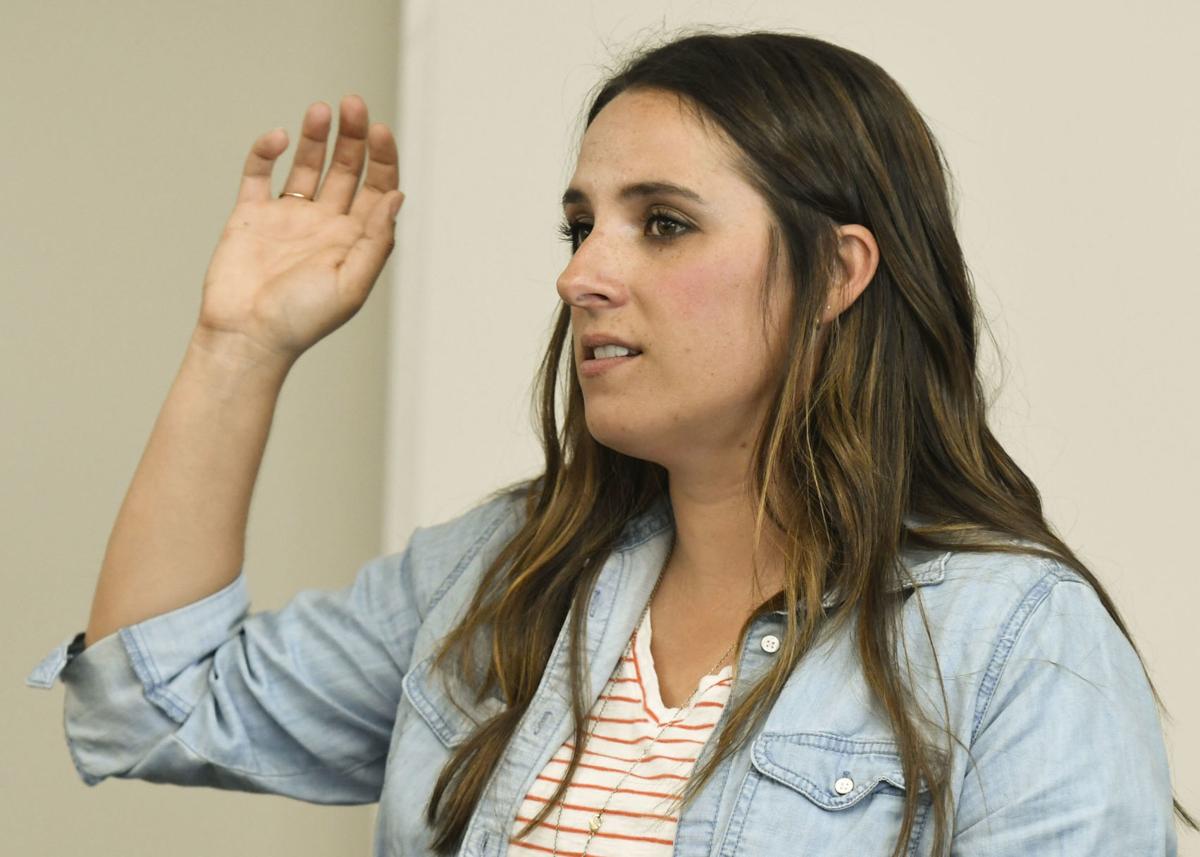 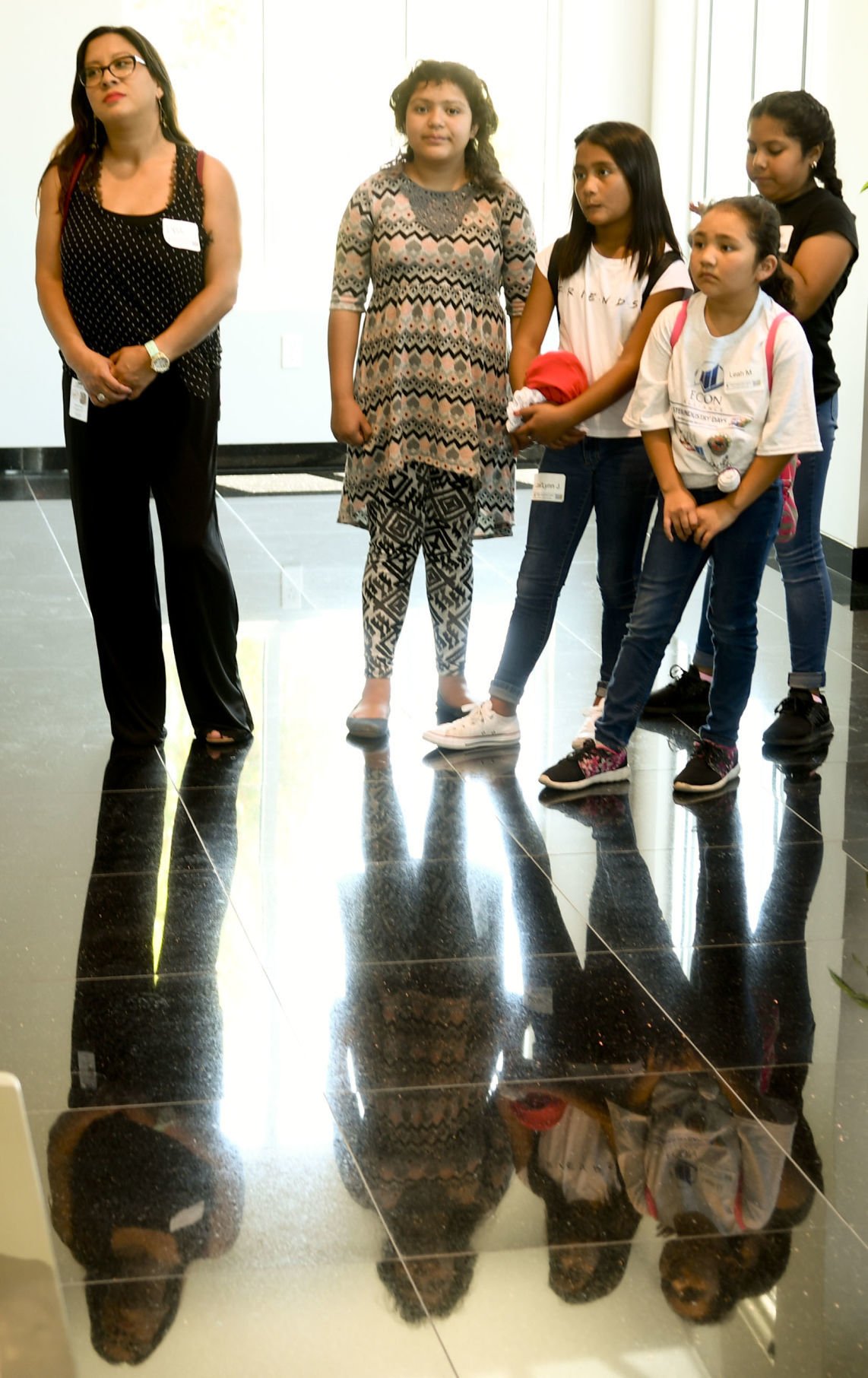 Participants listen during a tour of Safran Cabin in Santa Maria at the third annual STEM Industry Days on Wednesday.

In a large, blue factory just off Skyway Drive, hundreds of Safran Cabin workers weave through workshops and workstations to build and test the company's specialized aircraft cabin components.

Everything from sinks and mirrors to side walls, overhead storage bins and passenger service units — the ceiling-mounted contraptions that passengers use to turn on the light and air or request assistance from flight attendants — roll out of the Santa Maria factory.

Some are found in the smallest of private jets to the Airbus A380, the world's largest passenger airliner.

Forty Santa Maria-area kids got an up close look at life as a firefighter during the city’s annual junior and teen firefighter camps on Wednesday.

Due to the proprietary nature of the company's work, members of the public are rarely — if ever — allowed to venture past the offices and onto the factory floor.

But on Wednesday, a group of 50 seventh- and eighth-graders from Santa Maria area schools were treated to a tour and inside look at the company's operations as part of a multiday event designed to connect professionals in science, technology, engineering and math, or STEM, careers with local students.

"If a student has nobody in their family that has a college education, or nobody that [works in] a STEM discipline, they have a chance to meet an engineer."

The program has grown since 2017, when it provided workshops and tours to 60 students living in People's Self-Help Housing developments.

Now in its third year, the program has since expanded to include students from Lompoc and Santa Ynez. Approximately 200 students from elementary to high school are expected to participate by fall 2019.

Kristin Halter, a fifth- and sixth-grade math and science teacher on special assignment with the Santa Maria-Bonita School District, said students who participate in the program are exposed to well-paying jobs they might not have known existed.

"We can drive by a building ... and they may not have really understood what that was," she said. "We're learning more about what those companies are here and what their jobs are."

The Santa Maria facility's history dates back to the 1970s, when C&D Aerospace established it as a local division of its multinational operation.

C&D was formally acquired by French aerospace manufacturer Zodiac in 2005, and later purchased by Safran S.A. in 2018.

Now one of seven Safran Cabin facilities in California and 30 across the globe, the company's Santa Maria facility employs roughly 450 people.

Their education and backgrounds vary widely, according to Hughes; some have a high school diploma or have completed certificate programs, while others hold bachelor's or master's degrees in various engineering specializations.

Seventy-two fifth- and sixth-grade students are expected to participate during Thursday's session.

Officials at Hancock College’s Public Safety Training Complex welcomed a new piece of equipment Monday that they expect will enhance the training in the school’s fire academy while also saving millions of gallons of water in the Lompoc Valley.

Aera Energy's Paul Rogers talks about the oil industry with participants in STEM Industry Days who had gathered at Robert Bruce School on Wednesday.

Participants listen during a tour of Safran Cabin in Santa Maria at the third annual STEM Industry Days on Wednesday.