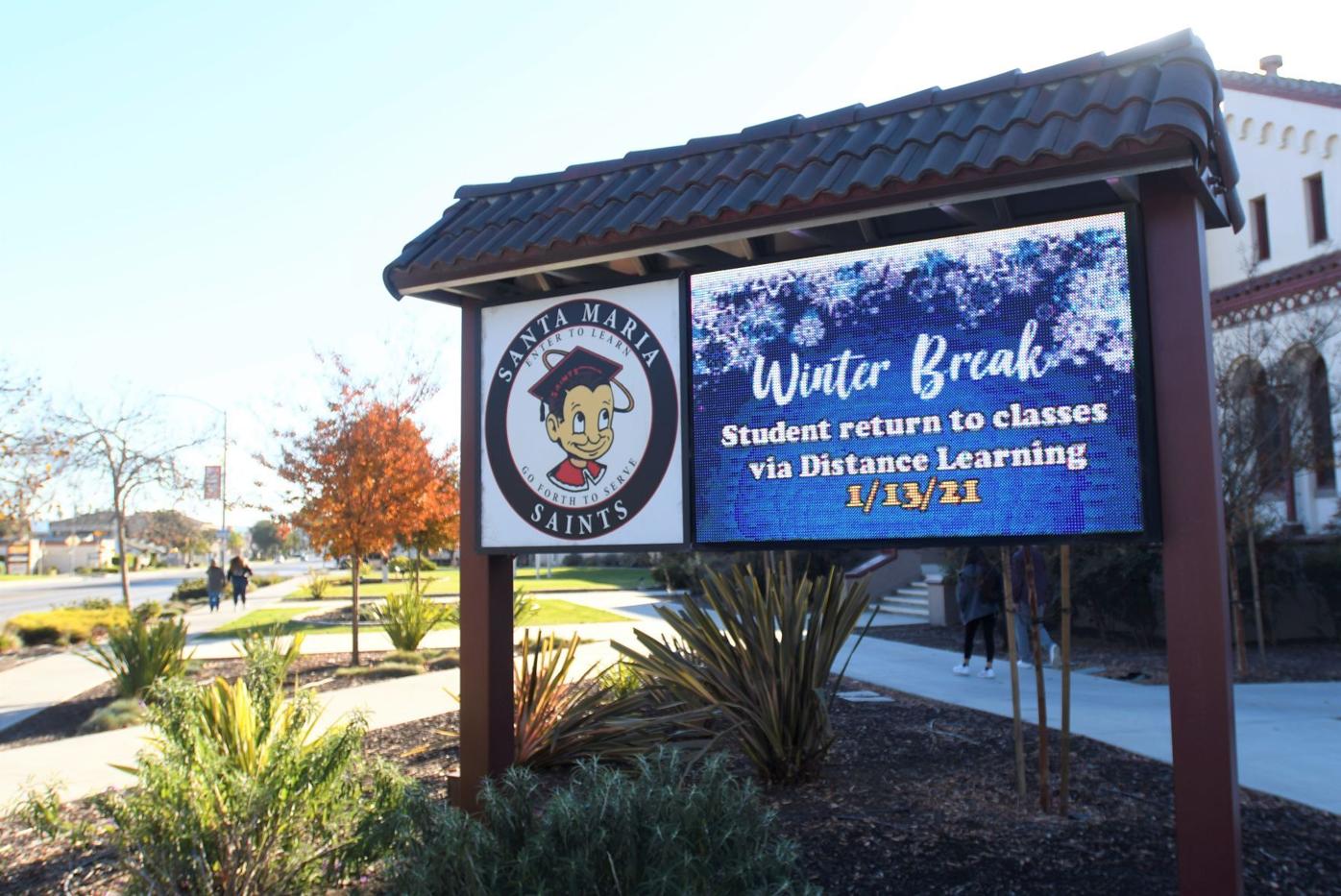 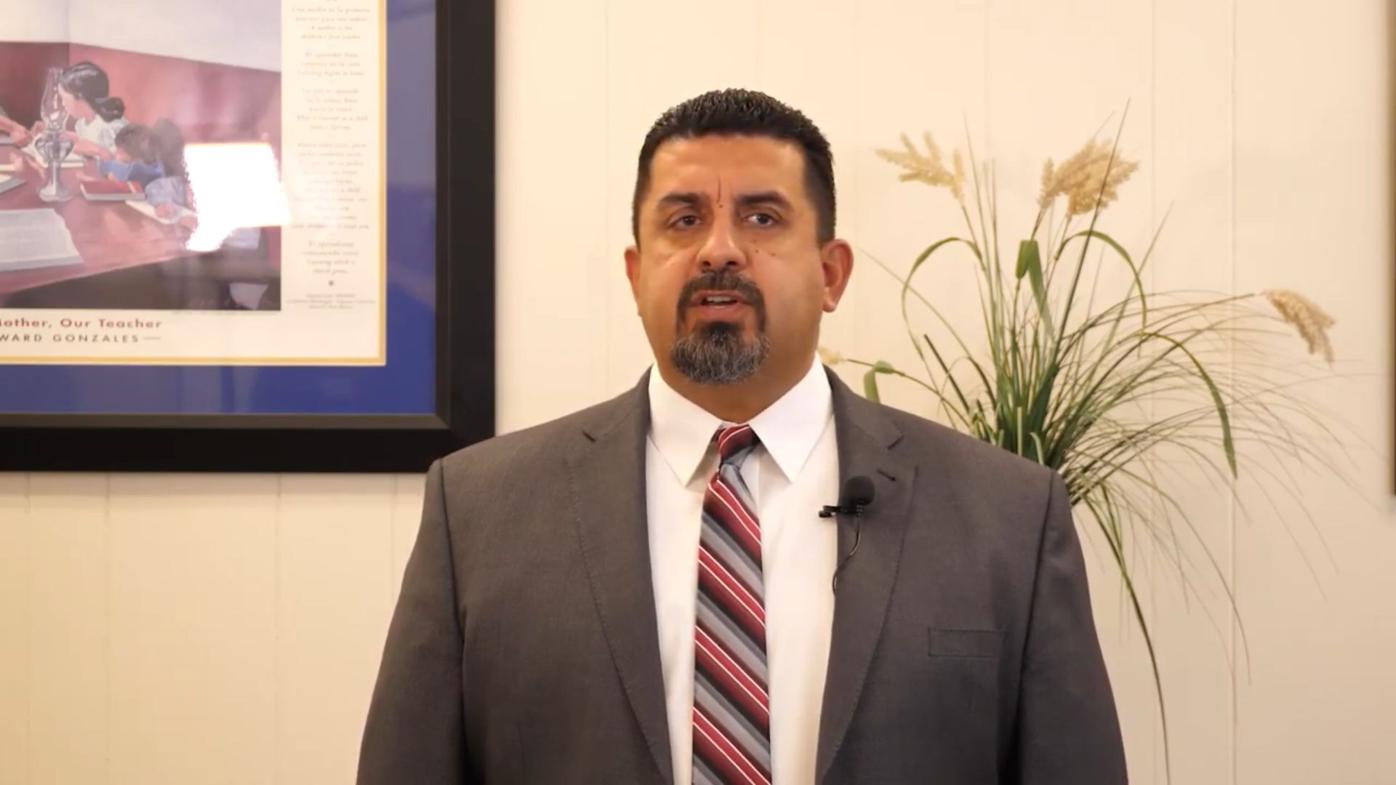 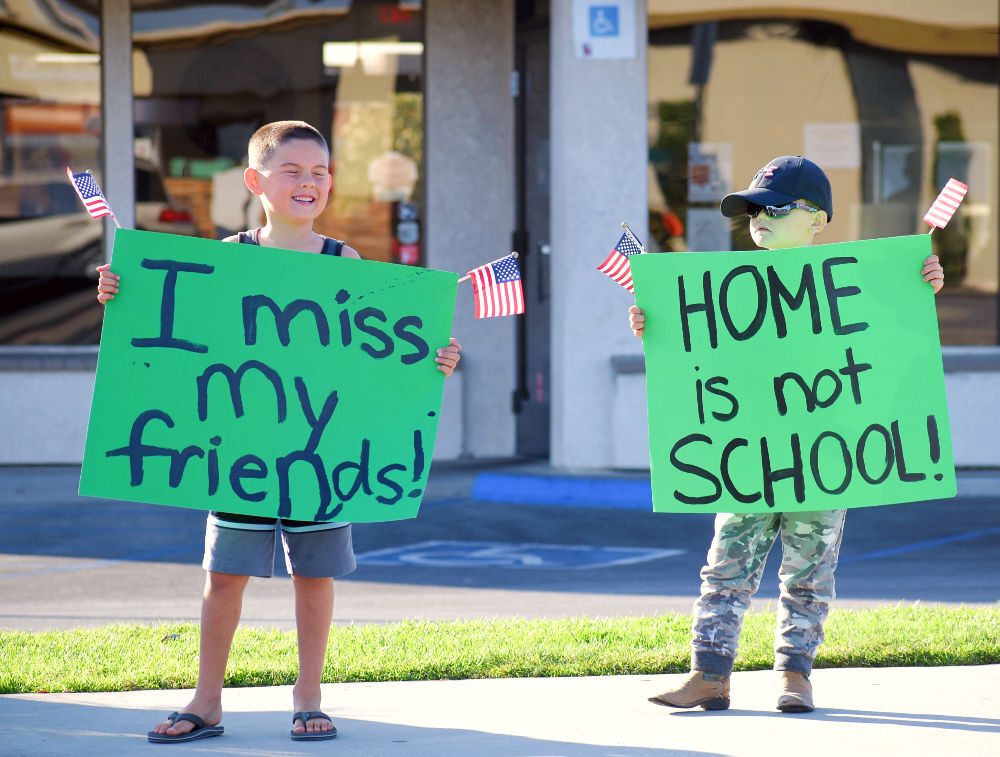 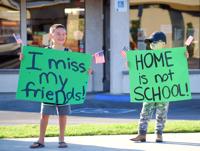 Students from the Orcutt Union School District express their desire to return to in-person learning during a rally at the corner of Clark Avenue and Bradley Road in October. 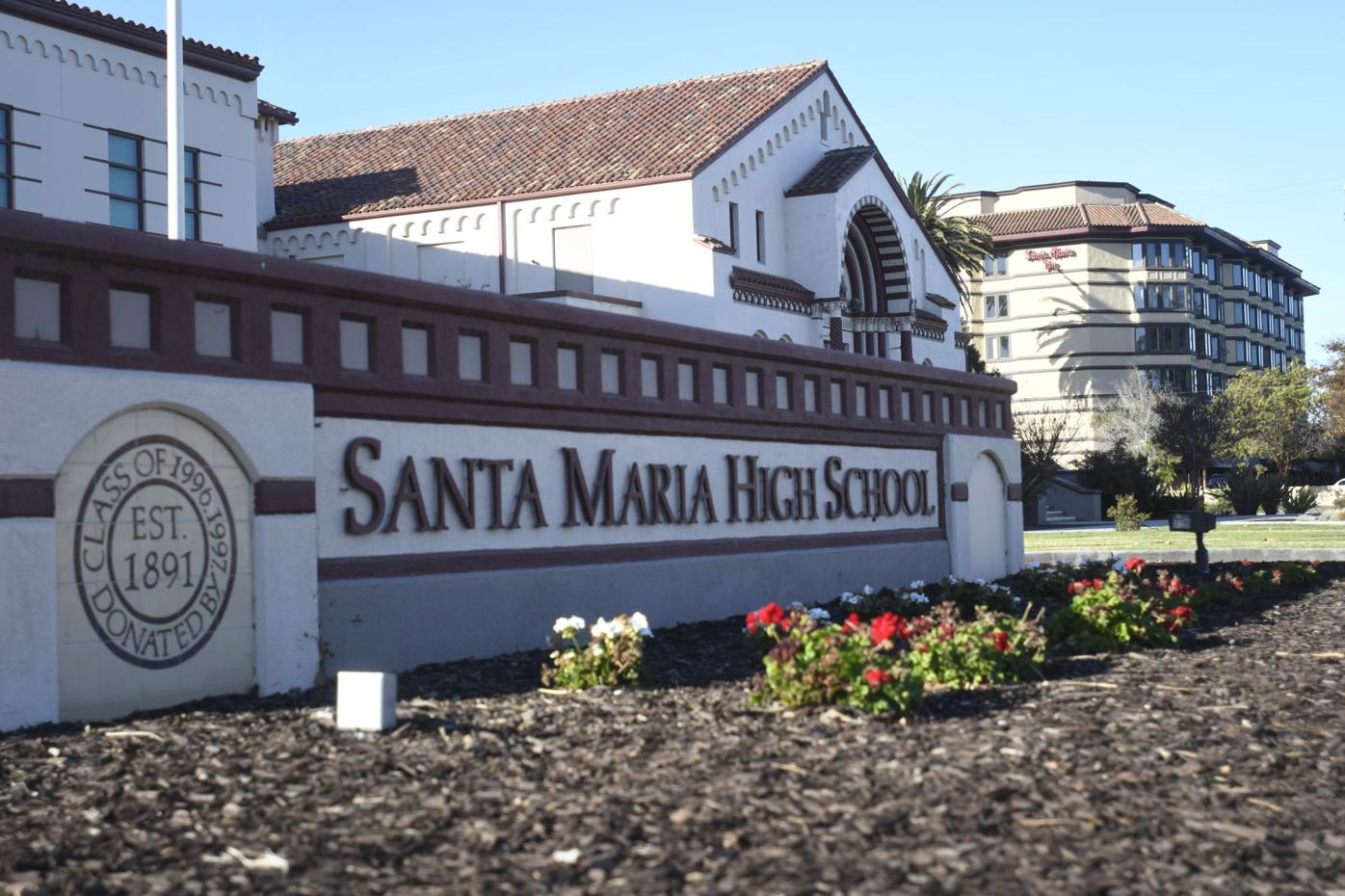 Students from the Orcutt Union School District express their desire to return to in-person learning during a rally at the corner of Clark Avenue and Bradley Road in October.

Public school districts in Santa Maria and Orcutt have had no choice but to further delay plans for returning to in-person learning once again, as Santa Barbara County's purple tier status and skyrocketing COVID-19 cases leave the future uncertain.

In response to the second COVID-19 spike and accompanying state restrictions, the Santa Maria Joint-Union High School District has revised their reopening plan created earlier in the year, eliminating the January target date for initiating the hybrid model.

Instead, the district must wait until Santa Barbara County has been in the state's red tier for two weeks to shift into hybrid learning. Based on current COVID-19 trends, district officials have designated March 1 as the earliest possible return date.

"I want to emphasize that we will move forward with the hybrid model only when it’s safe to do so," district board member Amy Lopez said at the board's Wednesday meeting. "I know people want to hear definite dates, exact time frames, and we just can’t give that at this time. I think it’s important that we’re being as transparent as we can."

In parent surveys completed in mid-November, approximately 12% of families indicated a desire to keep their children learning at home, even if hybrid learning were to begin in January. Lopez hypothesized that if the survey had been done over the past couple of weeks, that percentage would be even higher.

"When we put that survey out, the COVID situation was much different than it is today," she said. "If those responses were given today or even next week versus over the past four weeks … I think it would be a much different response."

The Orcutt Union School District is taking a similar approach to reopening, opting to resume in-person learning once they are permitted under the state's tier system. Officials discussed the option of pursuing a waiver for elementary school students in the meantime, but decided to wait until COVID-19 cases have slowed down locally.

District superintendent Holly Edds advocated for waiting to take any action until the district enters the red tier again, explaining that after 14 days in the tier, the state will permit the district to determine its own reopening date.

"I think that the long-term gains of doing that outweigh the risk. I know we are ready to move forward and ready to do this, but we also want to make sure that the data and metrics are in a safer place," Edds said.

Orcutt public schools have been on the brink of reopening in the past, with officials considering pursuing an elementary school waiver in late summer as well as reopening when the county was in the red tier in October. However, mainly due to liability concerns, the district has remained in distance learning, angering some district families.

Pamela Blythe, an Orcutt Junior High parent who has been outspoken about the district's continuation of digital learning, said she wished officials had implemented hybrid learning when they had the chance in the fall.

"I wish the decision had been made back in October when we were in the red tier, so we were still able to have our children in school," she said, adding that her older childrens' return to in-person learning at St. Joseph High School has been greatly beneficial.

Concerns about district liability have not gone away, with no federal or state legislation currently in place to protect school districts from liability if a student or staff member were to contract COVID-19 on-site.

With a lack of legal protections, Orcutt board member Shaun Henderson explained that full compliance by district personnel with all COVID-19 safety guidelines in the district's reopening plan will be crucial.

"The liability may never go away," Henderson said. "We already have the plan in place, so we’re pretty much ready to go. Part of the plan is making sure everyone is doing their job, the teachers and the students."

Despite reopening dates being pushed farther into the future, local districts are continuing to conduct baseline COVID-19 testing of staff.

In the Santa Maria Joint-Union High School District, testing of the first round of personnel in partnership with Quest Diagnostics is nearly complete, Assistant Superintendent of Human Resources Kevin Platt said.

"Over 750 results have been gathered so far, with a very, very minute number of positive tests. The next round is scheduled to begin in early January and should conclude by Jan. 25," Platt said. "We plan to keep that rotation going forward until the end of the school year, unless we get new guidance."

In the Santa Maria-Bonita School District, the largest district of elementary schools in the county, reopening plans have not been changed by recent case surges. Since October, officials have stuck to their plan of resuming in-person learning once county and city COVID-19 rates reflect that it is safe to return.