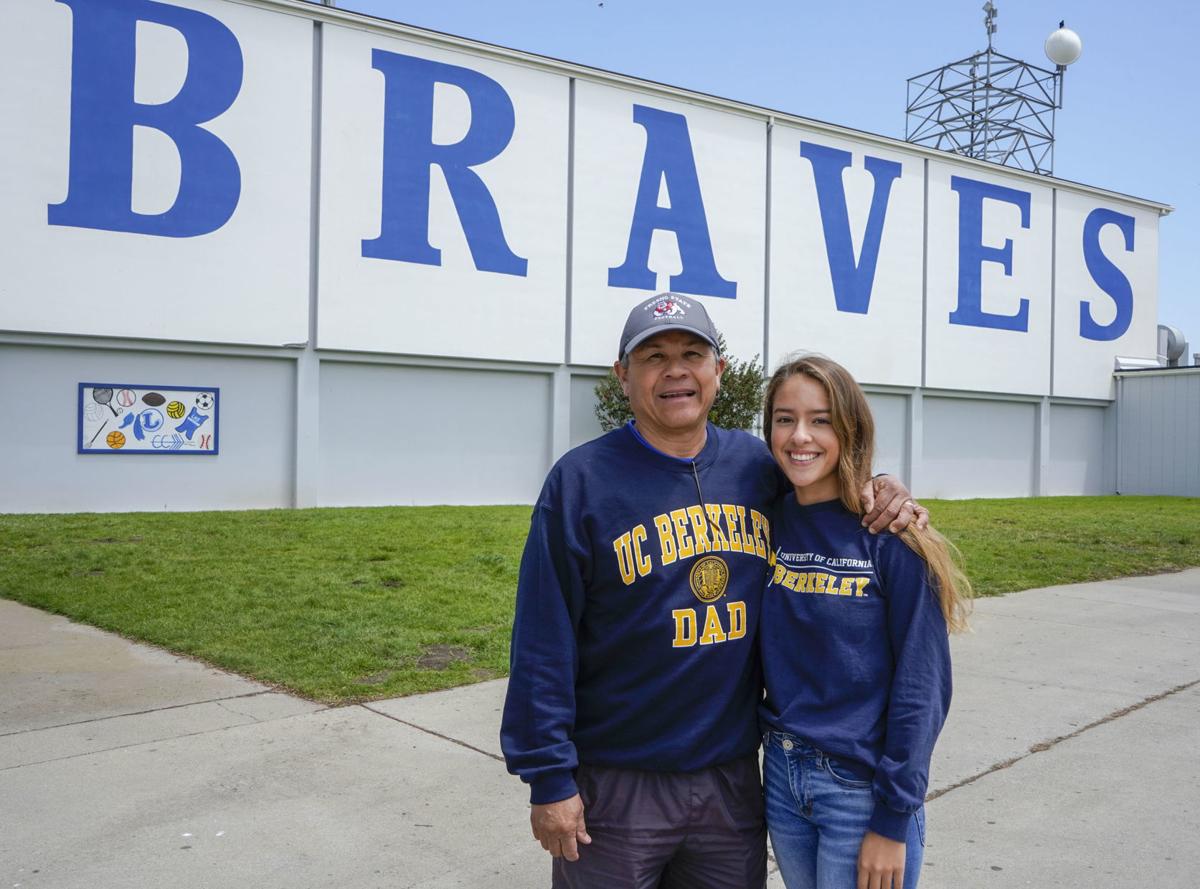 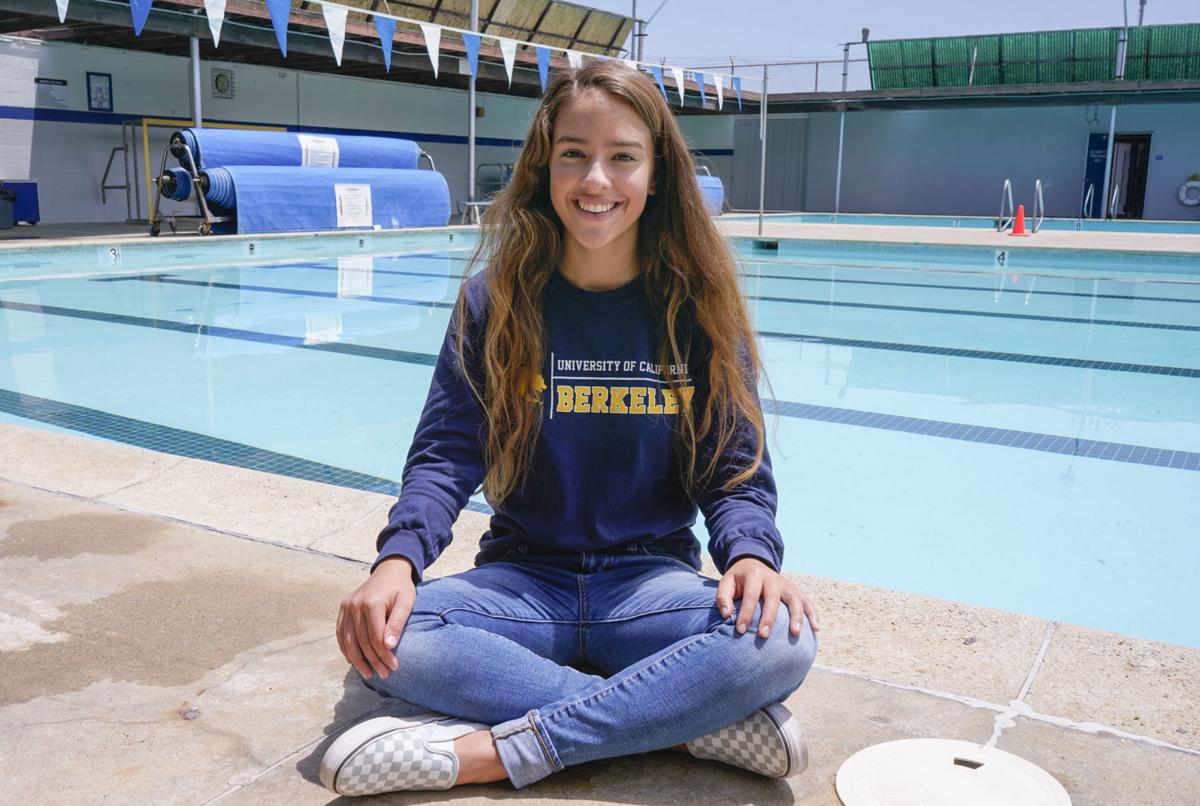 Lompoc High School graduating senior Logan Blanco sits by the school's pool. Swimming was one of the sports in which Blanco excelled at Lompoc High. 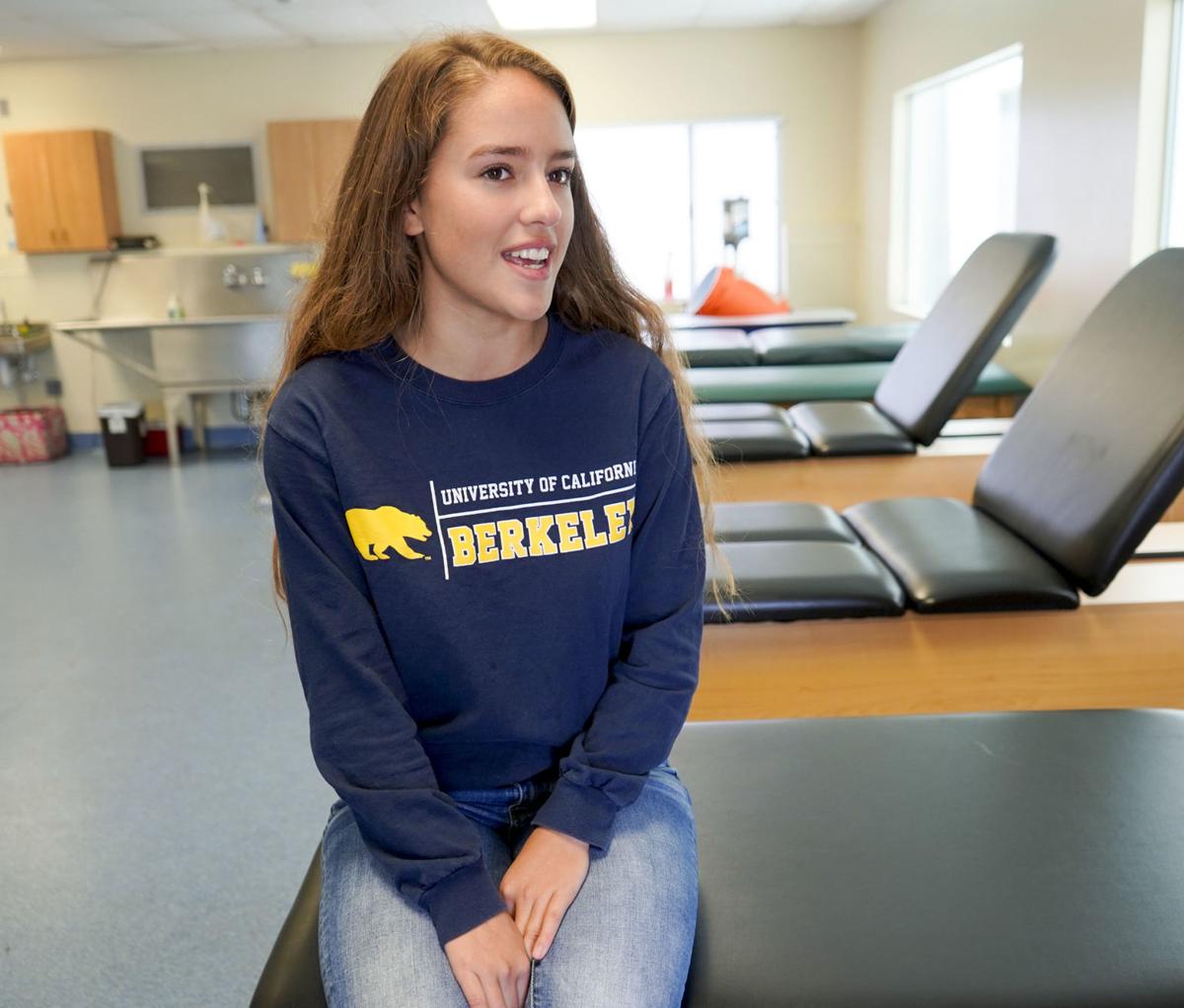 Lompoc High School graduating senior Logan Blanco sits on a table in the school's sports medicine center that is named after her father, Tom Blanco.

While Logan Blanco expressed excitement for her upcoming graduation from Lompoc High School, she acknowledged that the occasion will likely be bittersweet.

She’s not the only one in her family who feels that way — nor is she the only Blanco who will be wrapping up an extended run at the school.

Logan, who has excelled in both academics and athletics, is set to conclude her high school education at the same time that her father — and favorite teacher — Tom Blanco wraps up a nearly four-decade career as an athletic trainer and educator at Lompoc High.

In what both expect will be a sentimental send-off, Tom will be among the teachers escorting the seniors onto the Huyck Stadium grass when the 2019 commencement ceremony kicks off at 12:30 p.m. Thursday, June 6.

“If it wasn’t for him, I probably would be more excited to get out of here and get on with the next chapter of my life, but it’s been more emotional than I thought,” Logan said during one of her final days as a Lompoc High student.

In the spotlight: Lompoc High trainer to receive national award, have school's facility renamed in his honor

Over the course of his four-decade career as an educator and athletic trainer at Lompoc High School, Tom Blanco has aided and mentored an unto…

The graduation will mark the finale of what has been a successful pairing both for the Blancos and the overall Lompoc High community.

Logan, who is set to begin pre-med courses this fall at UC Berkeley, has spent the past three years working alongside her father in the school’s sports medicine program, through which she ultimately rose to become the lead student trainer.

“Working by my dad every single day has just been a bright spot for me every day,” she said. “It’s brought us closer together, and I think we’ve strengthened the sports medicine program by working together.”

Logan credits her time in the program with helping to stoke her interest in the medical field. She was able to get firsthand experience working as a trainer for the Lompoc High girls basketball team, and also helped with other sports, including football.

As a member of the school's volleyball and swim teams, she also aided her teammates in those sports whenever necessary.

“Being a part of sports definitely made me want to care for athletes more and to take care of my own teammates,” said Logan, who was chosen as the 2019 scholar athlete of the year by the Northern Santa Barbara County Athletic Round Table.

The final Round Table of 2019 honored the top athletes of the year and added three names into its Hall of Fame.

“I didn’t always have [my dad] around to babysit me, and my evaluation skills grew a lot because of that,” she later added. “If someone was seriously hurt he would come help me, but it was my responsibility to assess the injury first.”

Tom Blanco, who was recognized with a national award and also had the Lompoc High training room named in his honor last year, said that he has enjoyed being able to work so closely alongside his daughter. He said it was because of Logan that he decided to postpone his retirement in 2018 and stay on another year.

“I’ve been around a long time for everyone else’s kids, so I just decided to stick around for my own kid,” he said. “It was one of the best decisions I’ve ever made in my life.”

Logan’s successes at the school weren’t limited to sports or medicine.

She finished among the top five in her class academically and was selected to give a speech during the graduation ceremony.

Despite carrying a GPA above 4.0 for the duration of her time at Lompoc High, Logan said it was a rare setback that she'll remember as one of her high school highlights.

In an 11th-grade pre-calculus honors course, she ended up earning a B grade — the first time she had received anything below an A.

“That was a big deal to me, but it also helped me realize that I don’t need to be perfect to get into college,” she said. “It’s more important to be well-rounded, and I learned to be OK with that.”

Along with her dad, Logan also credited her mom, Pamela, and older sister, Makena, with inspiring her. Makena, a member of Lompoc High's Class of 2016, is currently enrolled at Cal Poly.

Laná Huyck, a counselor and one of Logan's advisers at Lompoc High, said she suspects Logan won't have trouble adjusting to adult life.

“She’s always pushed herself,” Huyck said. “She’s a very well-rounded girl and just works really hard and you can see it.”

Before heading to Berkeley, Logan said she plans to do as much surfing and hiking as possible. She noted that Lompoc will always be with her.

Look for a profile of a Cabrillo High School graduating senior in the Wednesday, June 5, edition of the Lompoc Record and at LompocRecord.com.

Lompoc-area graduations planned for this week include:

It's graduation season in Lompoc! Take a look at the schedule of graduations + see profiles of graduates right here!

Mike Tillery wanted to share and build on his enthusiasm for sports medicine when he arrived at Cabrillo High School in 2006.

When Cabrillo High School holds its graduation ceremony at 2:30 p.m. Thursday, June 6, it will mark the end of one chapter for Blake Settje and usher in another that will take him across the country to formally begin his service career at the U.S. Military Academy in West Point, New York.

Looks like Josh Rowe won’t be staying away from the water once he graduates from Cabrillo High School.

Milestone moments were celebrated, along with grit and perseverance, on the Maple High School lawn Wednesday afternoon.

As Erin McCallon reflected on her time at Lompoc High School, the outgoing senior said one of the biggest lessons she learned was not necessar…

Back to school: Lompoc campuses prep for start of 2019-20 school year

Multiple sites throughout Lompoc Unified School District hosted back-to-school kickoff events Tuesday, giving students and parents a chance to meet with their new teachers and visit their classrooms — as well as learn about partnering organizations — ahead of Wednesday’s official first day of school.

Lompoc High School graduating senior Logan Blanco sits by the school's pool. Swimming was one of the sports in which Blanco excelled at Lompoc High.

Lompoc High School graduating senior Logan Blanco sits on a table in the school's sports medicine center that is named after her father, Tom Blanco.