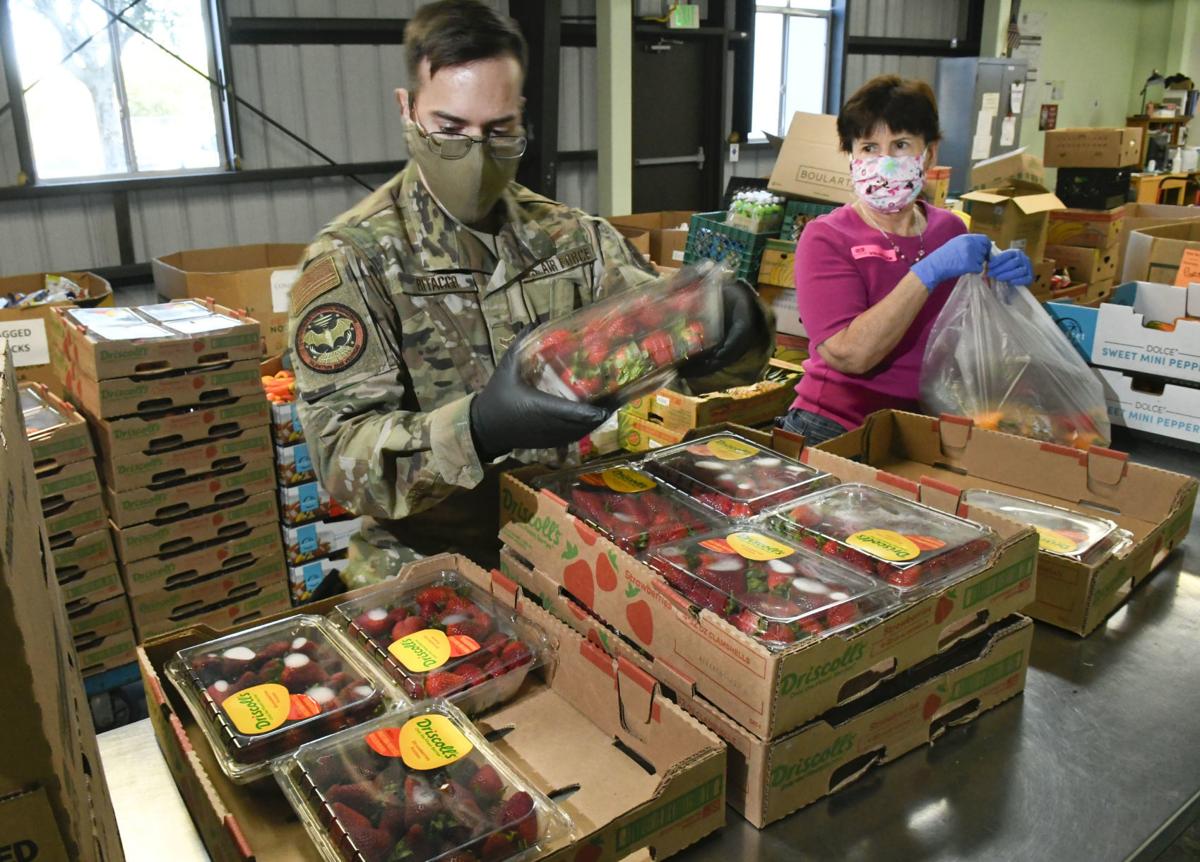 Airman 1st Class Carl Ritacco, a member of the U.S. Air Force at Vandenberg Air Force Base, helps bag produce at the Foodbank warehouse in Santa Maria on Tuesday morning. 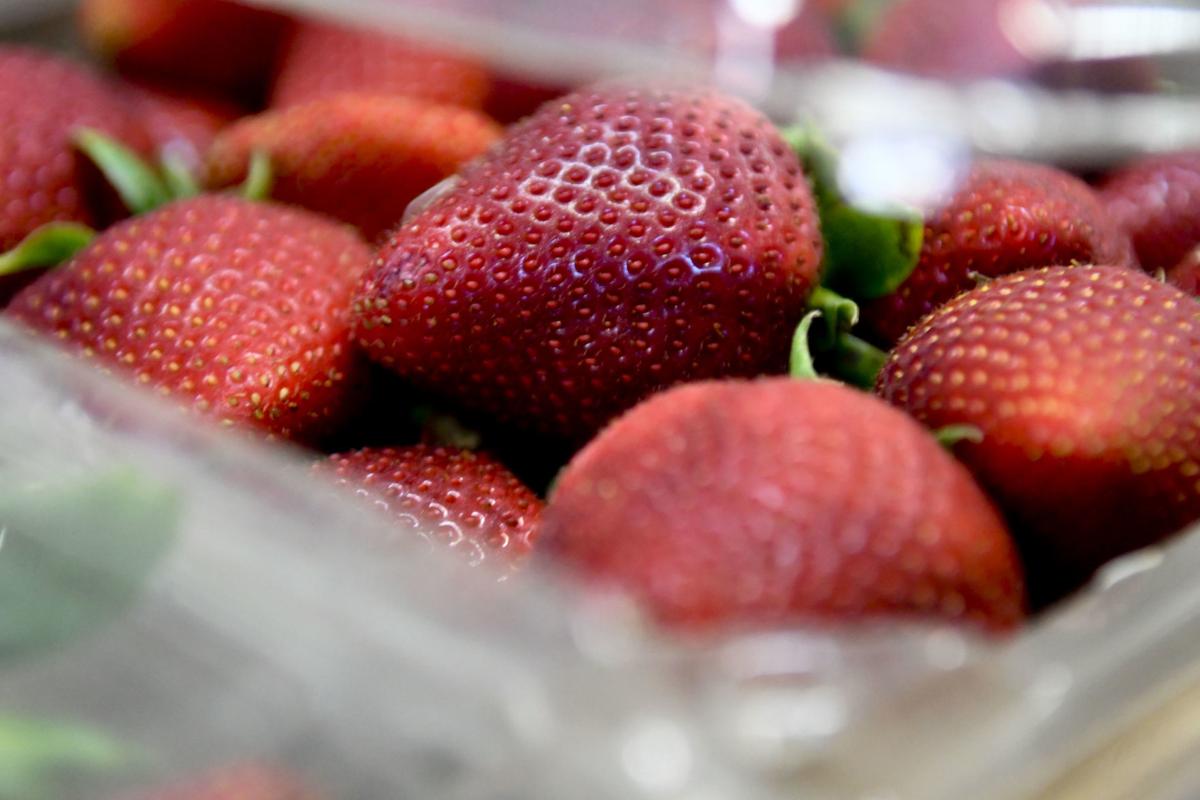 Driscoll's strawberries are ready for distribution at the Foodbank warehouse in Santa Maria on Tuesday morning. 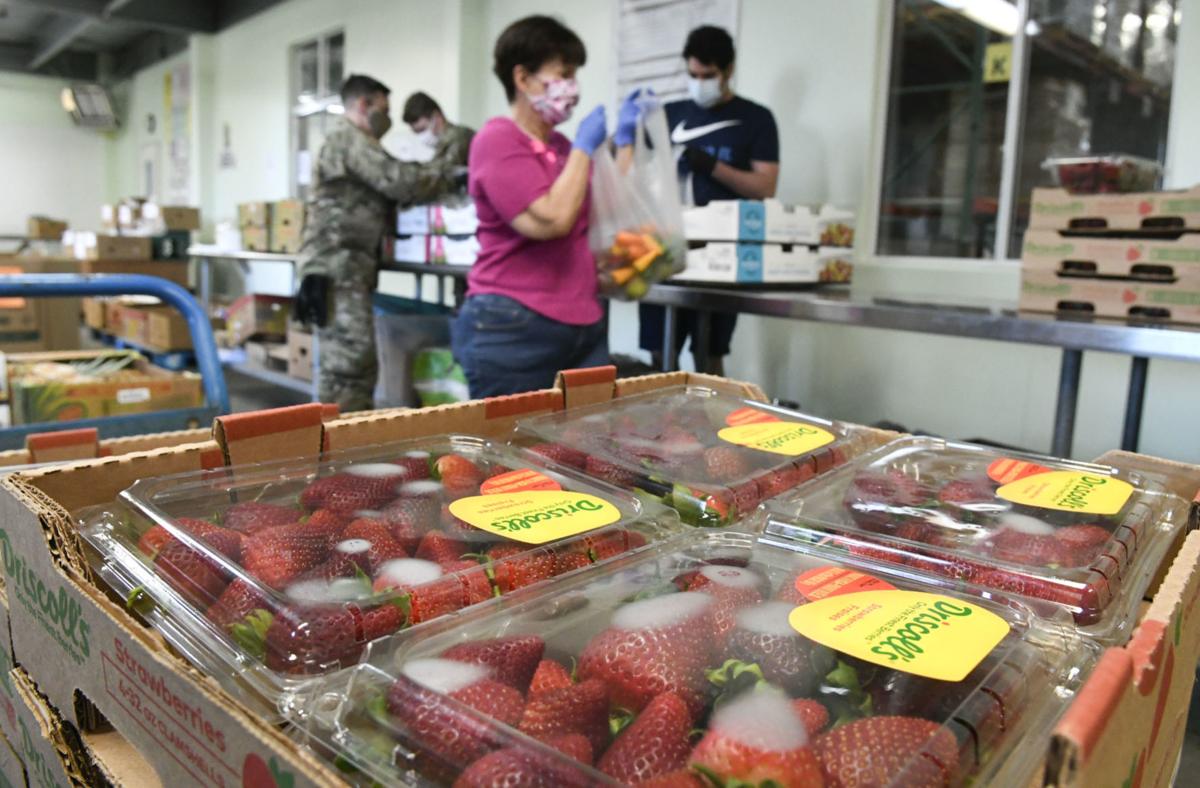 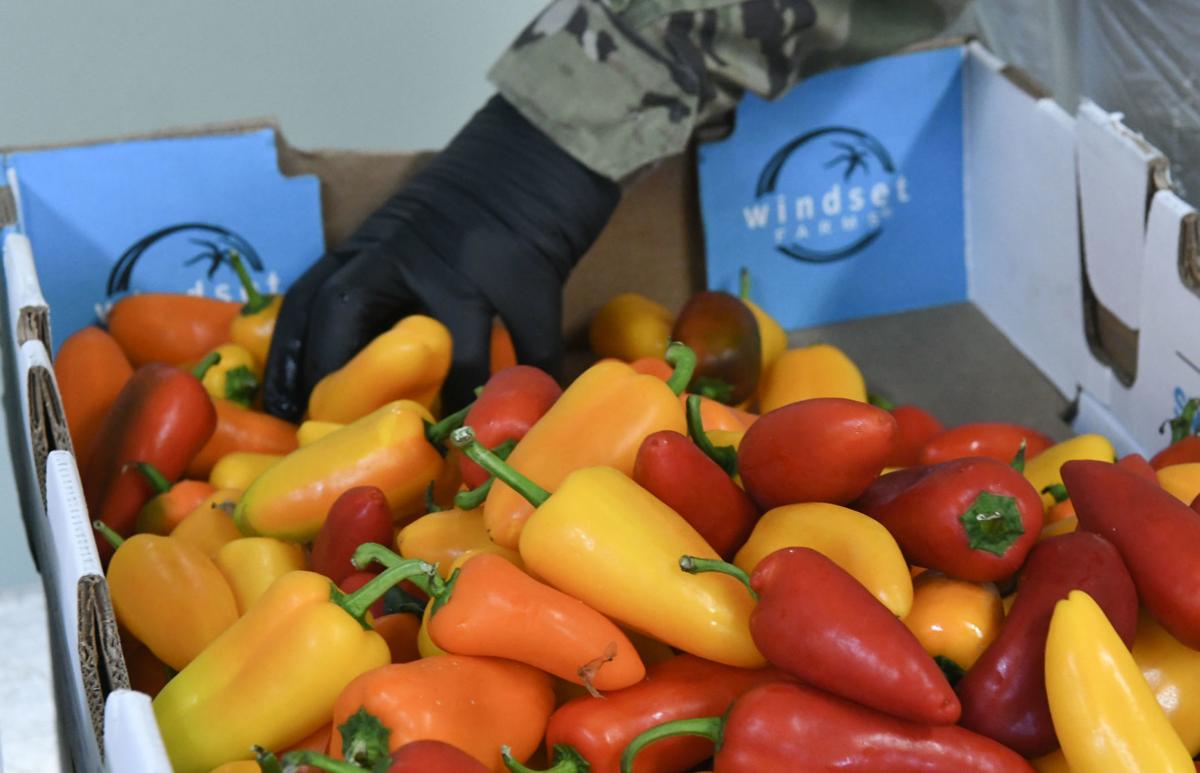 Volunteers bag peppers from Windset Farms at the Foodbank warehouse in Santa Maria on Tuesday morning.

In an effort to aid organizations stepping up during the coronavirus pandemic, California-based berry seller Driscoll's has donated $450,000 to the Santa Barbara County Foodbank and Community Health Center clinics in cities including Santa Maria.

Driscoll's, which relies on the Santa Maria Valley and nearby agricultural regions to grow and distribute the bulk of its strawberries, raspberries and blackberries, donated the funds in mid-March as part of the Driscoll's Charitable Giving Program, according to company officials.

The Foodbank of Santa Barbara County received $100,000 in money and $100,000 worth of food donations, and a total of $250,000 was given to Community Health Centers of the Central Coast to provide COVID-19 testing for farmworkers in Santa Maria, Arroyo Grande and Paso Robles.

Driscoll's monetary donations to the Foodbank, coupled with 45,000 pounds of berry donations since the beginning of March, have made all the difference in their COVID-19 response, Foodbank spokeswoman Judith Smith-Meyer said.

"It's huge for us. ... We have a long history with Driscoll's because they're such an important part of the agriculture business here," Smith-Meyer said.

Even prior to its COVID-19 response donations, Driscoll's has been named a "hunger relief champion" by the Foodbank for its yearly donations of over 30,000 pounds of food, she said.

However, the company's donations of strawberries over the past six weeks have surpassed even its yearly threshold, and funding assistance has helped the Foodbank augment money lost to increased food purchasing and new packing warehouses.

"There's lots of logistical expenses," Smith-Meyer said. "We’ve spent $250,000 on food since the beginning of our COVID response, more than double what we normally spend."

She added that many of the donated berries have very likely been grown and picked locally due to Driscoll's large regional presence.

In a Letter to the Community, Driscoll's CEO J. Miles Reiter said he hopes the donations will help families in need of fresh food during the pandemic, and that support can also be extended to Driscoll's growers and farmworkers themselves.

“While our hope is that our donated resources positively impact communities in which our berries are grown and harvested, it’s going to take a commitment from the entire agriculture industry in order to properly support growers, farmworkers and their families and ensure families have access to fresh produce,” Reiter said.

For Community Health Centers of the Central Coast, the donations have been invaluable in increasing the organization's capacity for COVID-19 testing among farmworkers.

"We can’t thank [Driscoll's] enough for making a contribution to CHC," said Linda Costa, chief financial officer for Community Health Centers of the Central Coast. "We’re working very hard to make sure we’re fulfilling the needs of the community and the use of funding correctly."

However, Driscoll's funding has made it possible to establish needed viral testing clinics specifically geared toward those populations, which are more likely to contract the virus from close contact transmission, she said.

"People who are symptomatic or even asymptomatic can be tested," Costa said. "We do testing, we send it to the lab, and let them know if they were positive or negative. It’s hard [with] the migrant families, where they have a lot of them living in one house."

The clinic does not have data regarding the number of tests run among the farmworker population so far, but officials expect to receive those numbers in mid-May, Costa said.

The family-friendly, small-scale Santa Maria farm offers both pesticide-free blueberries and strawberries for the picking.

Refrigerate to macerate, which softens berries slightly and draws out enough juices to make a lovely light syrup.

Airman 1st Class Carl Ritacco, a member of the U.S. Air Force at Vandenberg Air Force Base, helps bag produce at the Foodbank warehouse in Santa Maria on Tuesday morning.

Driscoll's strawberries are ready for distribution at the Foodbank warehouse in Santa Maria on Tuesday morning.

Volunteers bag peppers from Windset Farms at the Foodbank warehouse in Santa Maria on Tuesday morning.