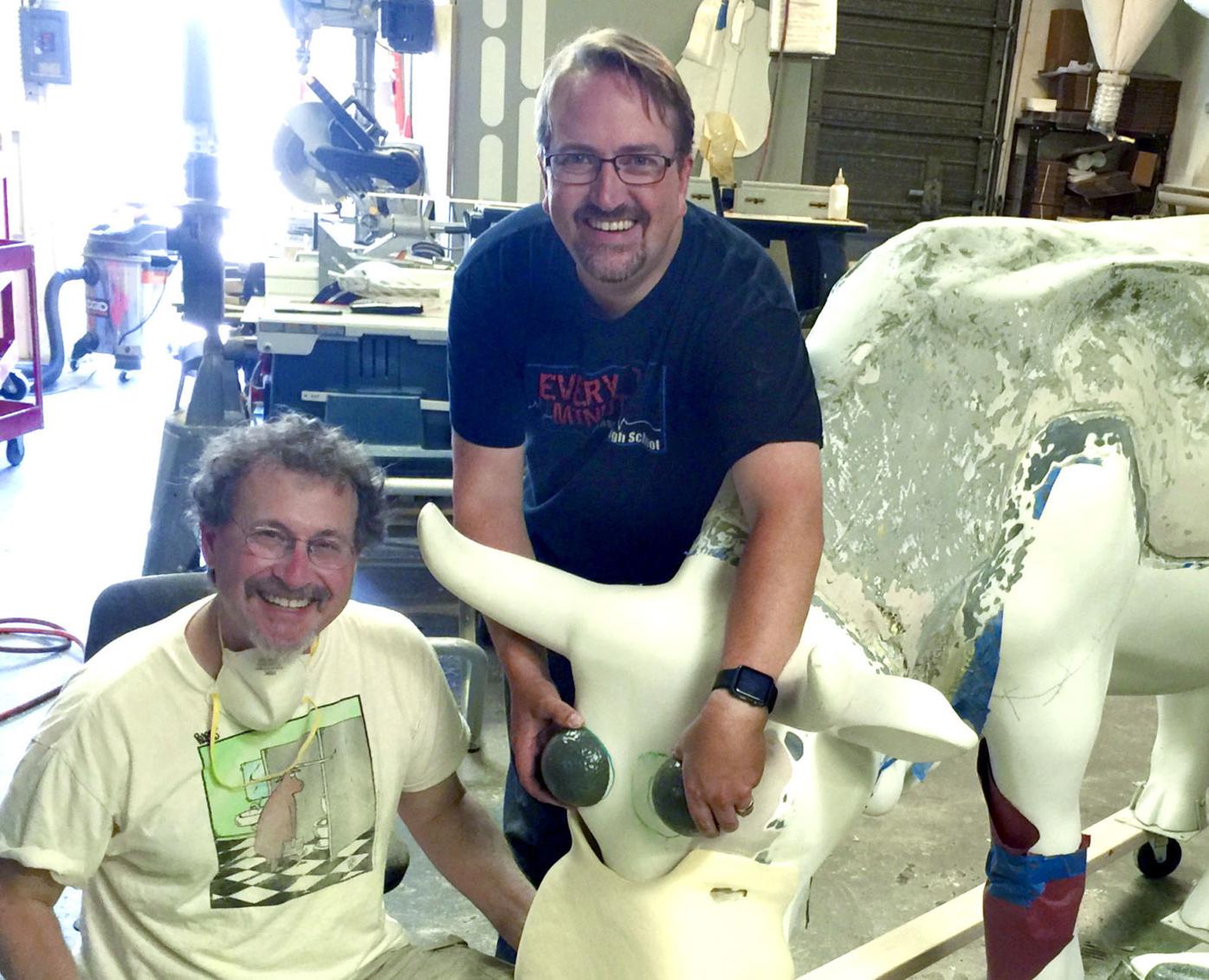 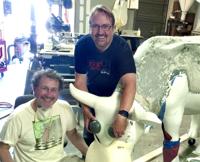 Leigh Rubin and Ryan Johnson are the creators of the "Drawing Inspiration" television series.

Leigh Rubin and Ryan Johnson are the creators of the "Drawing Inspiration" television series.

Two creatives with roots in the Central Coast have sold out the world premiere of their television pilot, “Drawing Inspiration.”

“We both have unusual jobs, and we want to find out what other people do and where they find their inspiration. People use creativity everywhere. That’s how things get innovated,” said Rubin, the creator of the Rubes comic strip.

Johnson established New Rule Productions Inc. in 1991 and has since produced TV programs and commercials, informational video programs and independent features. He was the creator, executive producer and director of "American Dragster," an ESPN series that aired in 2006-07.

During his early days in the film industry, Johnson began experimenting with prop-making techniques. He established SMASHProps, now NewRuleFX, in his Orcutt garage where he mastered the art of making safe, realistic “glass” products for the stage and screen. Johnson moved production to Van Nuys in 2011, where they continue to expand their catalog of props for filmmakers, theater companies and everyday pranksters.

“Everything I do and have always done has been to find a way to make people just a little bit happier or a little more entertained, to give them a better quality of life, if only for just a couple minutes,” Johnson said.

“I’m always interested to see how processes work. The length to which people will go to create things always astounds me, especially in the entertainment industry,” Johnson said.

He and Rubin had worked together on smaller projects, largely cartoon shorts.

“He has the capability, knowledge and experience to help me run with this crazy idea I had one day: How about doing a reality-type show based on a cartoon yet. No one’s done that yet. Everyone else is doing their own reality show. Let me hasten the downfall of Western civilization by creating my own,” Rubin said.

Talks about a full-length television series began about five years ago, Johnson said, but production went into full swing in 2016 when Rubin took on an artful cow project for the CowParade San Luis Obispo County. The event showcased 101 life-size, 120-pound works of art in cow form ultimately auctioned off for charity.

Rubin’s creation of "Adventure Cow" served as the platform for the first episode of “Drawing Inspiration.” The episode establishes the Rubin/Johnson relationship, how they work together and what makes Rubin tick. Rubin also sprinkles in some cartoon animation.

“As much as I can, I want to let Leigh lead the charge and have the conversations, but he convinced me to break that fourth wall. It gives him someone to bounce off of. It feels like it’s a good fit. We’re an uncanny little pair when you put us together,” Johnson said.

Rubin said some have equated the show to another popular series.

“It’s like ‘Dirty Jobs’ for the creative/artistic set,” Rubin said.

Ultimately, Rubin said, he’d like the show to run for years on end.

“I think it’s really fun to explore the aspects of creativity in all its forms. I want to go behind the scenes on places where most people wouldn’t have a chance to look: breweries, wineries, hospitals, anywhere creativity drives people toward trying out new ideas,” Rubin said.

Episode 2 is in the can, and as they work on Episode 3, Johnson and Ryan are also looking for a home for “Drawing Inspiration.”

“We’re working on figuring out where the show wants to live, who’s most receptive to it. It’s an interesting world right now in terms of who’s buying shows. It used to be television, then cable. Now, there are lots of players, like Netflix, Facebook, Amazon, producing content. The whole new media side of things is very interesting,” Johnson said.

The show is also seeking sponsorships that would underwrite production of additional episodes.

“I’d love to see it get picked up. I’d love for some sort of mass audience to see it so they can appreciate the amount of work someone like Leigh puts into doing something seems as simple as a cartoon strip just to entertain people,” Johnson said.