'Devastated': High school seniors grapple with reality of not returning to school
Share this
× 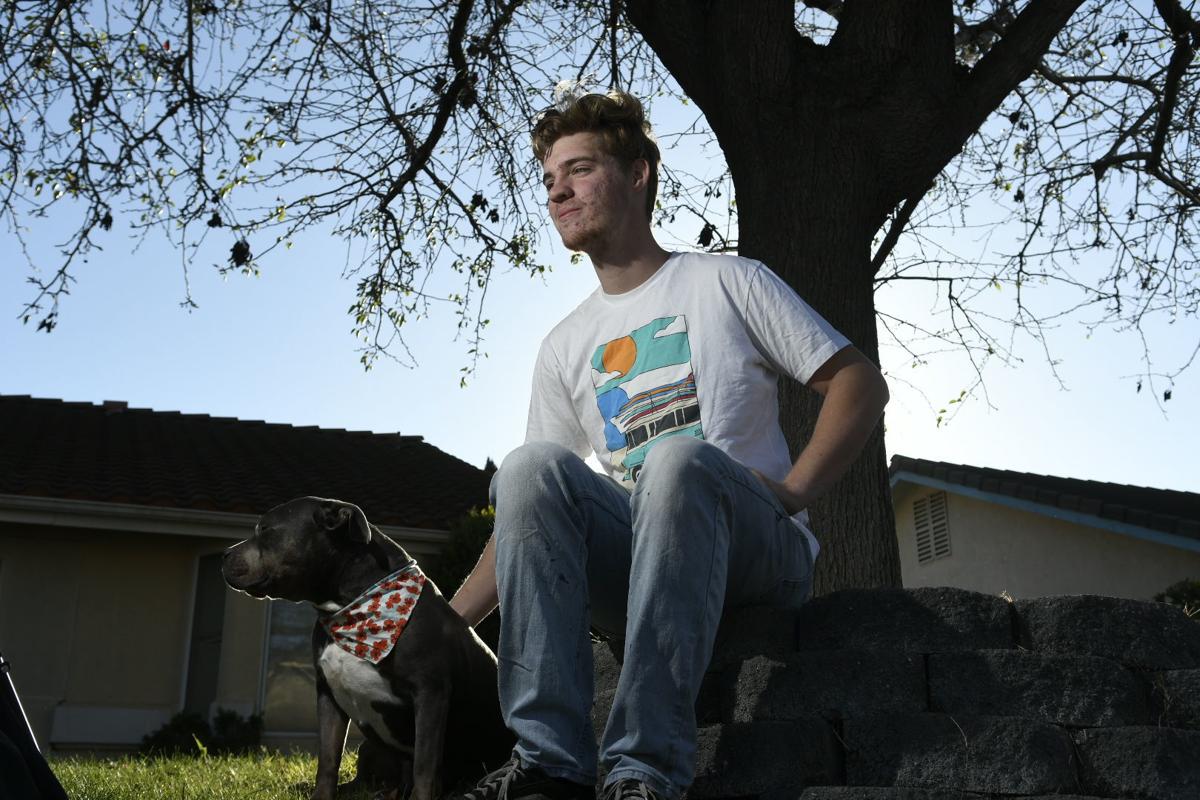 Righetti High School senior John Graack, at his home in Santa Maria on Thursday, said while he is worried about not finishing his senior year at Righetti, he believes the county's decision to close schools was the right decision. 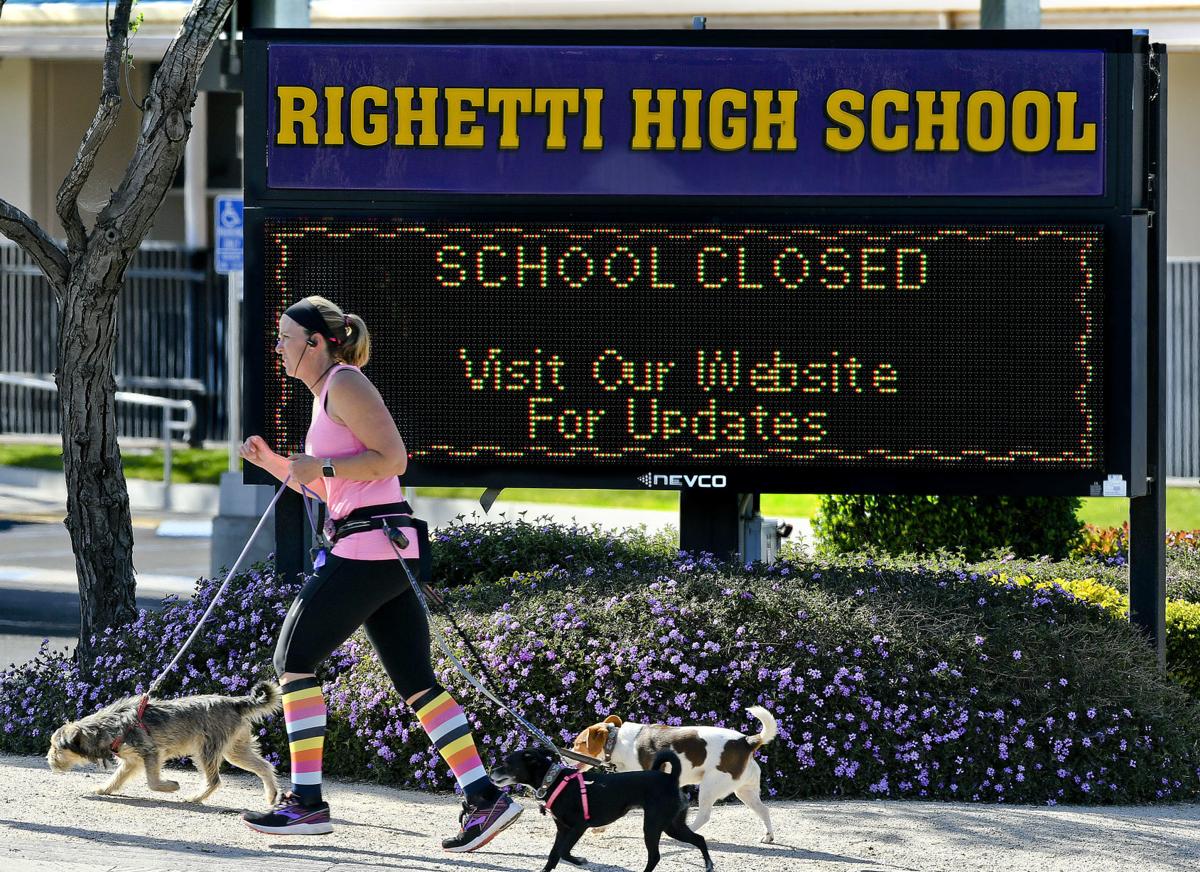 A runner and her dogs pass the lighted sign in front of Righetti High School on Thursday. 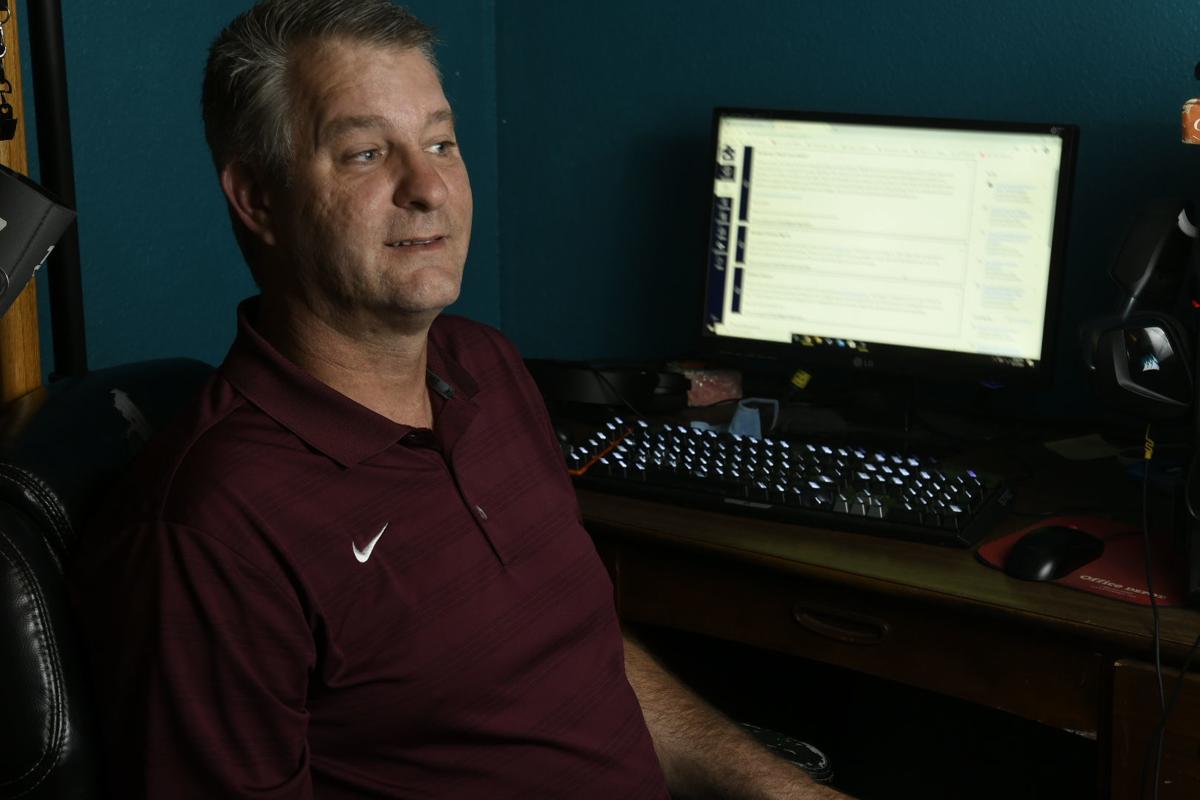 Distance learning will continue the rest of the academic year across sites in Santa Barbara County.

"It’s hard to put it into one word, but if I were to I would say 'devastating' ... not only are we missing the most exciting semester of high school but we already had our last day of high school, and it’s just mind-blowing that we had no clue that would be our last day," said Martinez, Saints' starting quarterback.

Despite the disappointment that seniors and other high schoolers are feeling, he said he is trying to stay optimistic.

"I’m just looking on the bright side ... I’m healthy, my family’s healthy, I’ve accomplished a lot. Although I am devastated, I understand it could be worse."

Although county public schools had previously announced tentative reopening dates for April after closing in mid-March, which were then extended as late as May, the County Education Office elected to follow the advice of the Governor's Office to continue distance learning for the remainder of the year.

“We understand that school closures create serious hardships for many families. School districts in Santa Barbara County are following the guidance of the governor, the state superintendent of public instruction, and the Santa Barbara County Public Health Department and believe this is the most effective way to slow the transmission of this pandemic,” said Susan Salcido, county superintendent.

John Graack, a senior at Righetti High School, said while he believes closing schools was the right decision, he is worried about how he and other seniors will prepare to graduate while they are at home.

"I am concerned about my grades and credits, because we’re getting ready to start our lives as adults," he said.

Various school districts sent out their own messages to parents Thursday confirming closures and their continued commitment to online learning.

"Our staff, teachers, and administrators are working around the clock to provide meals for our youth, plan and deliver high-quality distance learning, and continue to work on connectivity and technology needs that address equity and access for all students," said Antonio Garcia, Santa Maria Joint-Union High School District superintendent.

While he wants to be realistic with students about the longevity of the closures, he also wants to provide a supportive and social environment for them through distance learning, Foote said.

"I need to communicate clearly, but not give them more than they need because they're 13- and 14-year-olds ... I've got to be positive, and if they have questions I've got to be as positive as they need," he said.

John's father Joseph Graack, a social studies teacher at Righetti High School, said it's difficult to accept that classes will not be in-person for the time being, but that he knows it is a sacrifice that needs to be made.

"It’s hard not having face-to-face contact. But I said [to my students], 'Outside of not seeing you, we’re going to be OK,'" he said.

Graack, who teaches some senior courses, said he is worried about the seniors who don't have much time to raise their grades or obtain credits they need.

He said he is eager for the state education department to have more answers soon regarding questions of grading and extra credit to help seniors who may be worried about college admissions.

"[We] have around 587 seniors at Righetti, and that's a lot of worry. Being able to take that off of their plate would ease, I think, a great amount of worry," he said.

Nurses and doctors at Dignity Health Central Coast hospitals have organized vigils to commemorate those who have lost their lives caring for COVID-19 patients, and to demand more personal protective equipment for healthcare staff.

Enos, Bill Libbon or Pleasant Valley? New school to get a name

The newest elementary school in the Santa Maria Valley is getting a name.

Lompoc High student Jennifer Ayala took out a $1,000 loan this year through the U.S. Department of Agriculture to purchase a pig with the intent of selling it, ideally for a profit, at auction during this summer’s Santa Barbara County Fair. With the coronavirus outbreak threatening the likelihood of the fair, Ayala is now scrambling to find a buyer as soon as possible so she can repay that loan.

Righetti High School senior John Graack, at his home in Santa Maria on Thursday, said while he is worried about not finishing his senior year at Righetti, he believes the county's decision to close schools was the right decision.

A runner and her dogs pass the lighted sign in front of Righetti High School on Thursday.