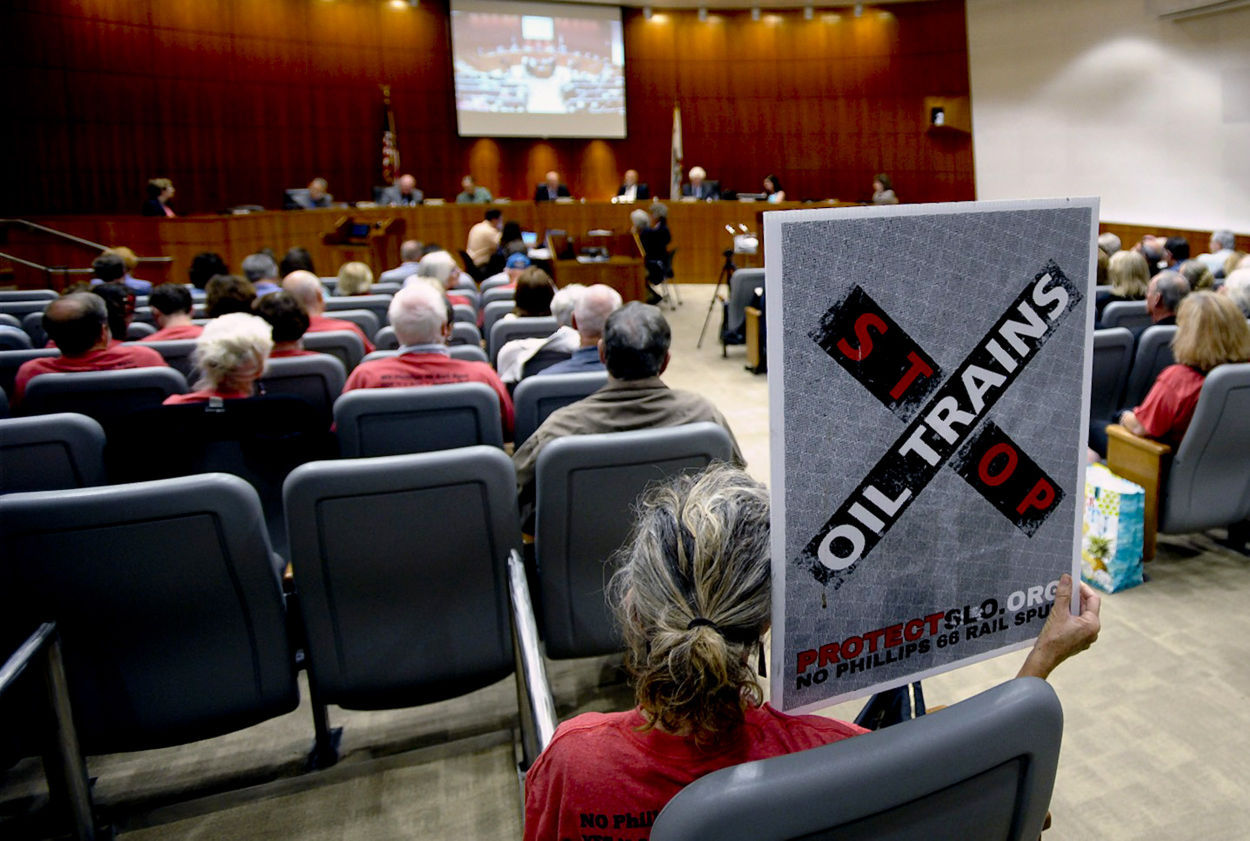 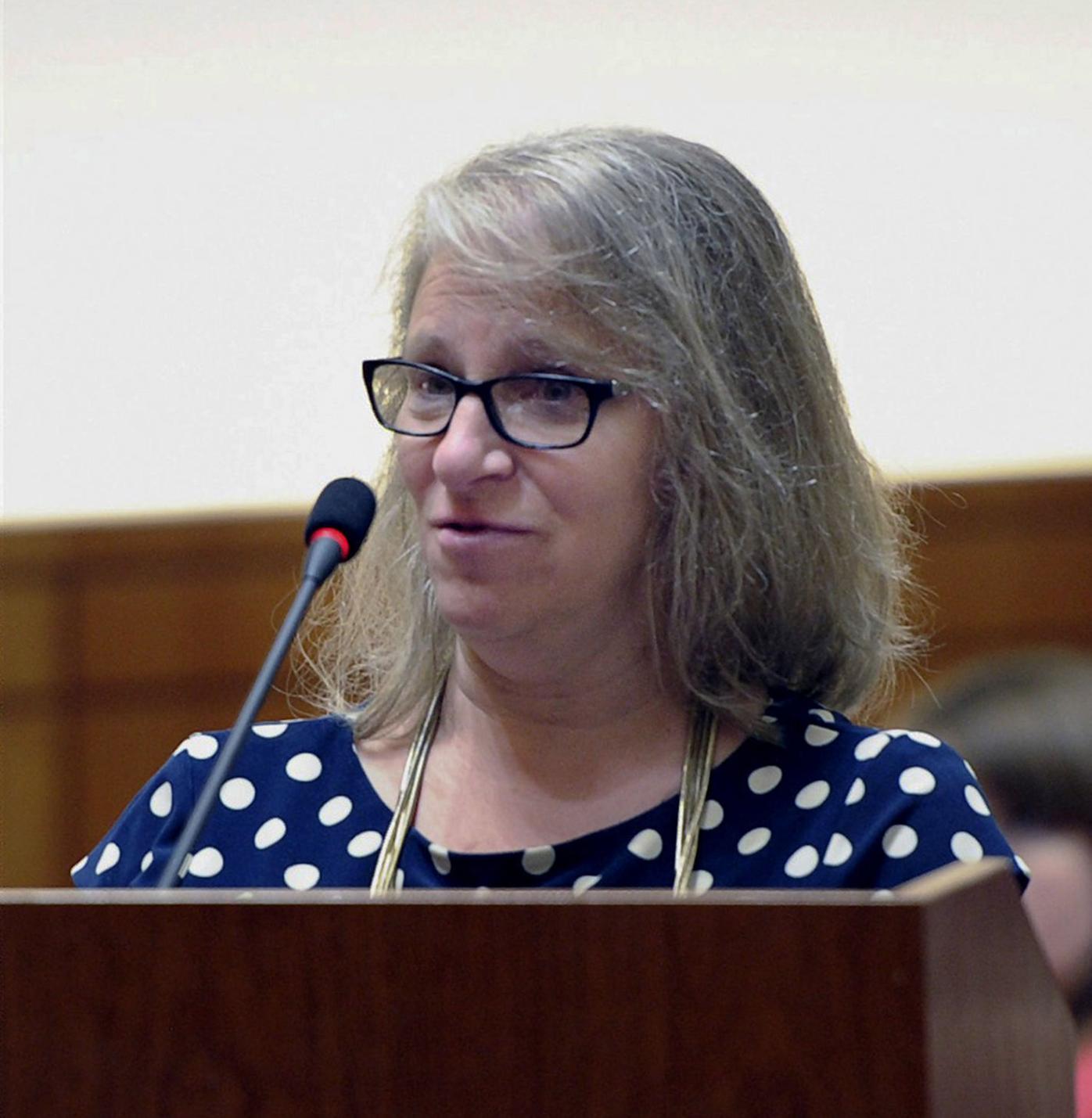 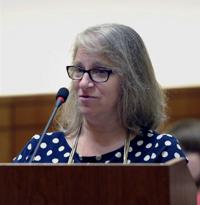 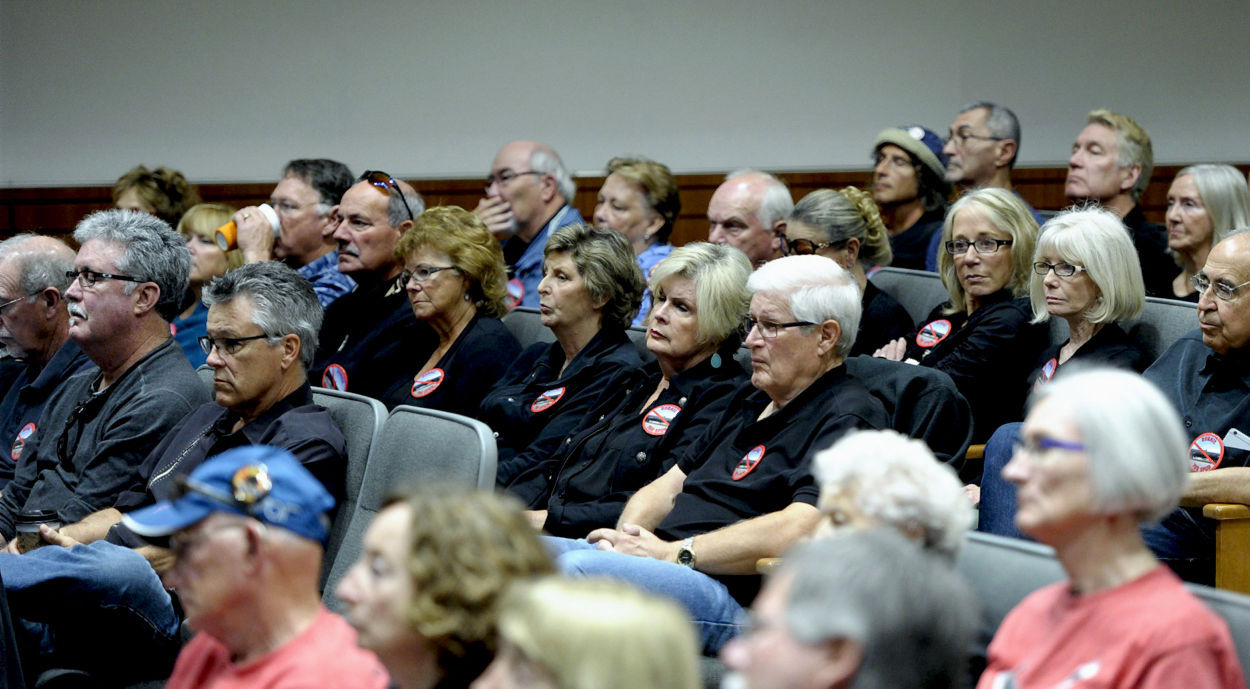 After six daylong public hearings on a proposal to transport crude oil by rail to a refinery on the Nipomo Mesa, a split San Luis Obispo County Planning Commission failed to reach a decision on the controversial project Monday.

Instead, a seventh day of hearings was scheduled for Sept. 22 when, based on actions at Monday's hearing, the commission could vote 3-2 to tentatively approve Phillips 66's proposed rail spur project.

Third District Commissioner Eric Meyer made a motion during the hearing to deny permits for the project. However, his efforts failed on a 2-3 vote.

"This motion will decide, either this is our decision or it's a court's decision," Meyer said before making the failed motion.

He is concerned if the commission approves the rail spur project, even with strict restrictions, the county may wind up the loser if the conditions — like hours of operation and number of trains — become part of a lawsuit and are eventually thrown out by the courts.

"The court isn't going to have any better understanding of this than we do," Meyer said. "The conditions will get beat on. We have all said a hell of a lot, and that will come up in court. I'm worried we've said too much."

An appeal of the commission's decision, whenever it comes, to the Board of Supervisors is all but guaranteed, and Meyer said he feels it is best to let the five elected officials prove why they think the project is good idea, if that's the direction the board goes.

Phillips 66 is seeking county approval to allow modification of its existing rail spur on the southwest side of its Santa Maria Refinery on the Nipomo Mesa and the installation of rail unloading facilities in order to bring in unrefined heavy crude oil via train.

Crude oil is currently piped to the facility, along with some truck deliveries.

Plans also call for extending the existing rail spur and constructing five parallel tracks and a rack area to allow unloading up to three oil trains per week, not to exceed 150 a year. Phillips 66 originally requested five trains a week.

"I would deny this project today if it was five trains," said Commissioner Jim Irving, who cast the deciding vote to not deny Phillips' proposal.

Irving said he wants to see a detailed description of what Phillips 66 is proposing when staff returns with tentative overriding findings and conditions for approval of the project this fall.

"Let's be clear what's happening," Irving said. "I need a very complete project description. This is how it operates. That needs to be nailed down."

Planning staff has recommended denial of the project because it is inconsistent with several county land-use plans, poses risks to public health and safety and has numerous Class 1 unavoidable environmental impacts that can’t be mitigated.

About 400 people spoke during previous public hearings the commission has held on the project, with most of those voicing opposition to the proposal, citing potential risks associated with hauling crude oil via train.

Fears center on derailment, which could result in fiery explosions and damage to the environment while also putting public health and safety in jeopardy.

County counsel Whitney McDonald said the commission will reopen public comment so individuals can speak on the proposed findings and conditions of approval that will be presented at the September meeting.