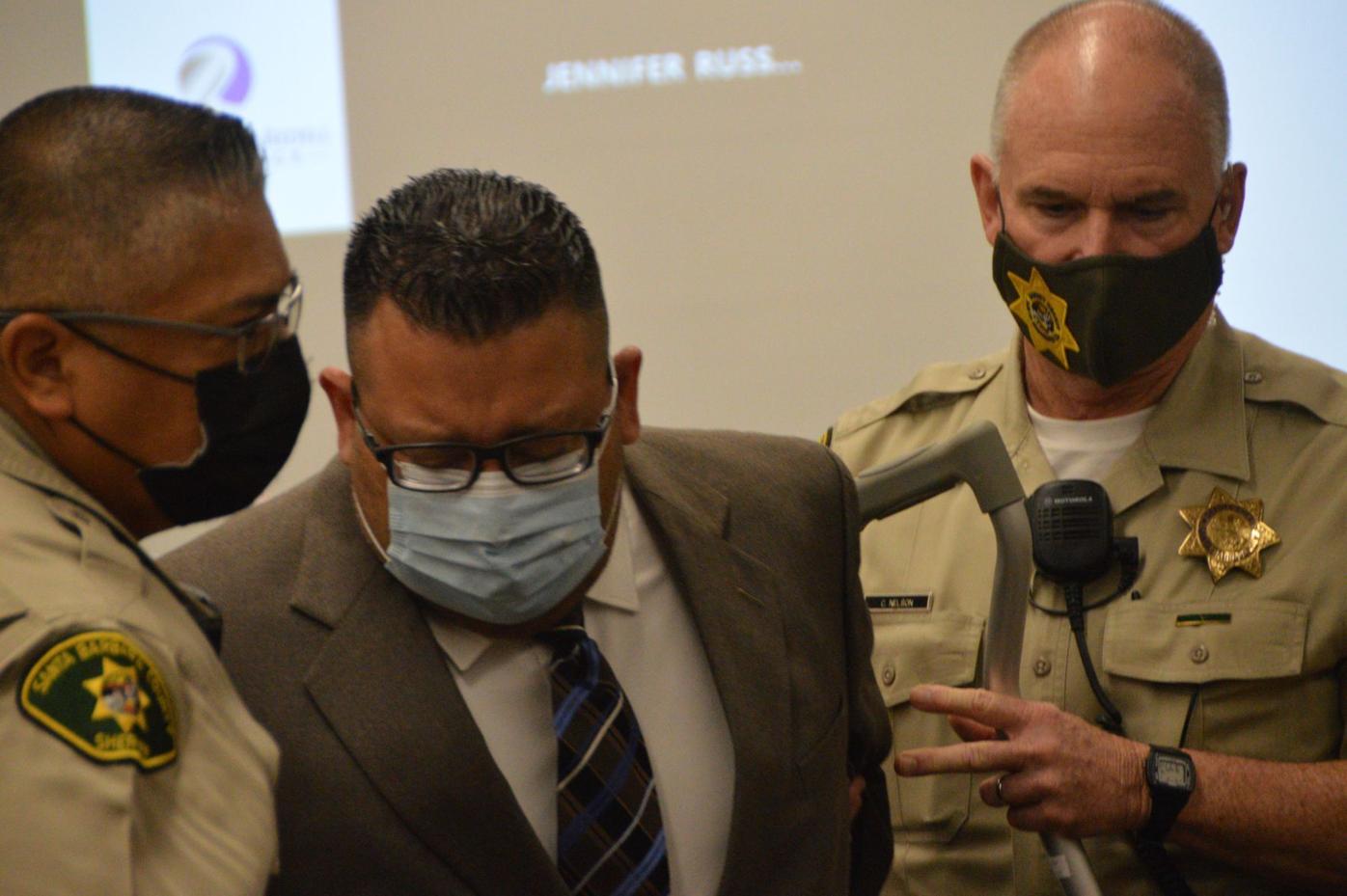 Court bailiffs lead Javier Antunez, 45, away Friday after he was sentenced to six years in prison for a Sept. 14, 2019, DUI-related crash on Highway 154 that injured six people, including a District Attorney's Office investigator and himself. 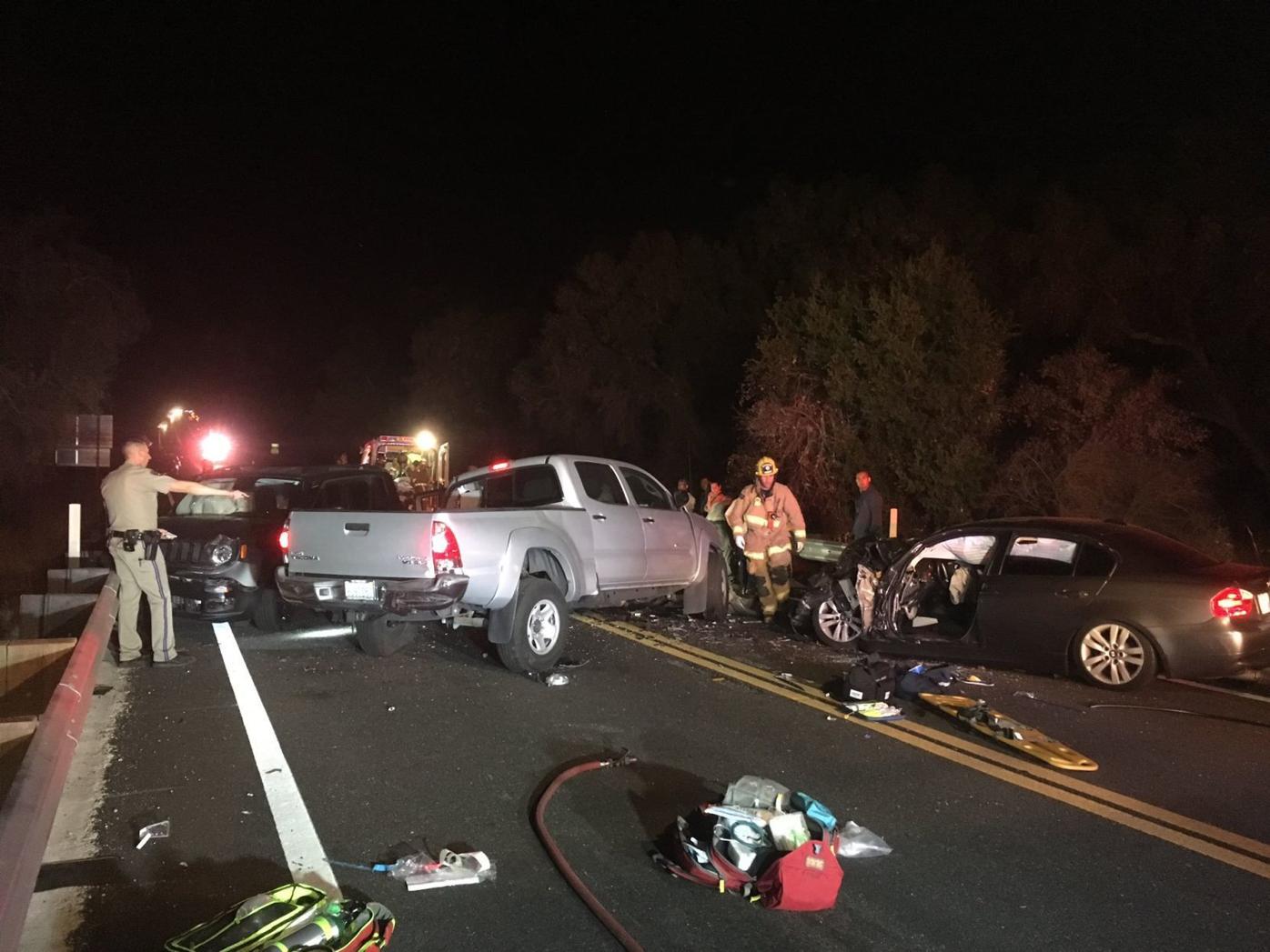 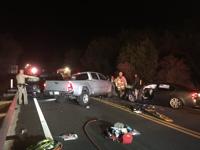 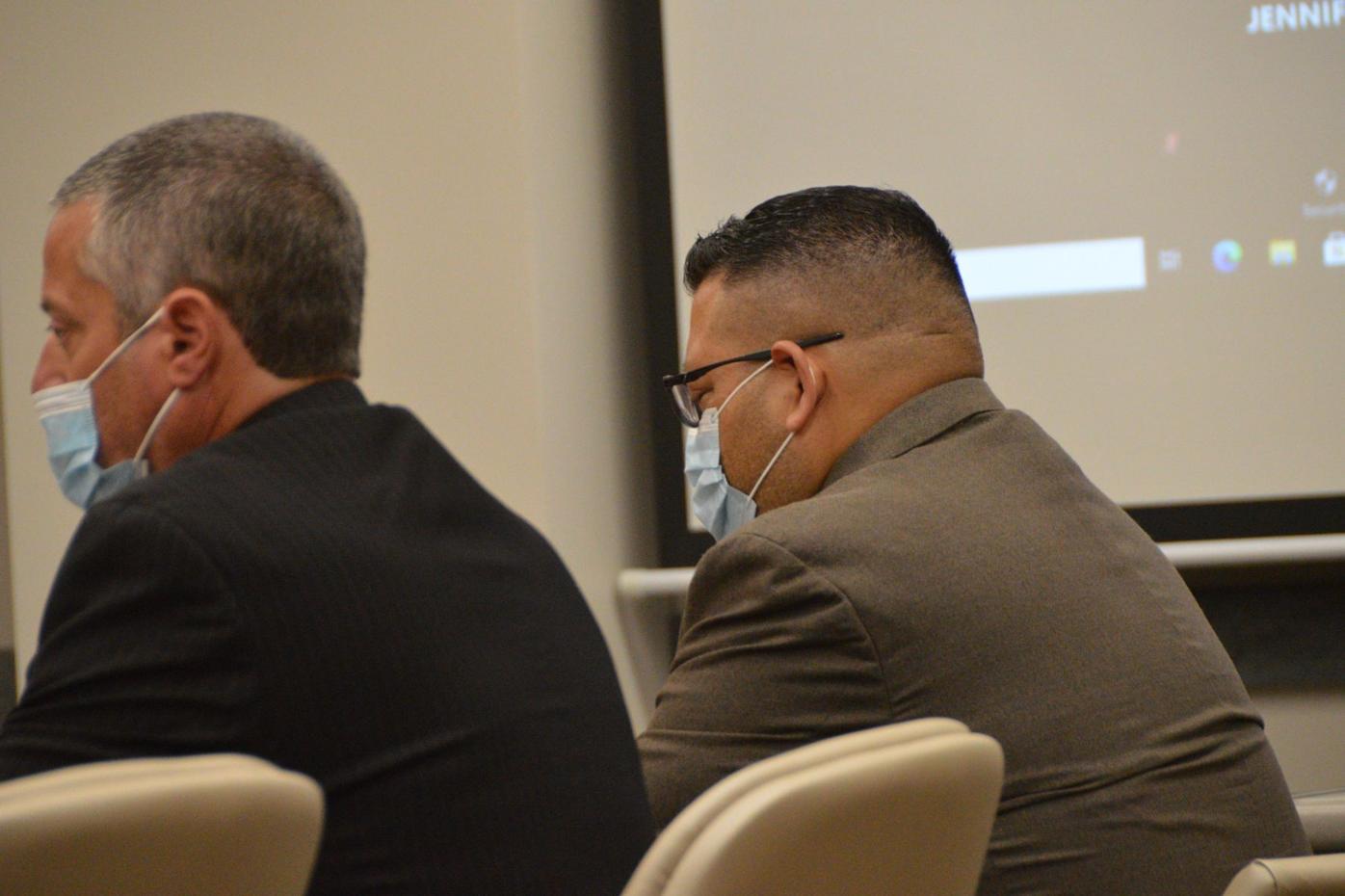 Javier Antunez, 45, right, was sentenced to six years in state prison for a Sept. 14, 2019 DUI-related vehicle collision that injured six people, including a District Attorney's Office investigator and himself, on Highway 154. After the collision, Antunez retired as a lieutenant custody deputy with the Santa Barbara County Sheriff's Office after a 22-year career.

Court bailiffs lead Javier Antunez, 45, away Friday after he was sentenced to six years in prison for a Sept. 14, 2019, DUI-related crash on Highway 154 that injured six people, including a District Attorney's Office investigator and himself.

Javier Antunez, 45, right, was sentenced to six years in state prison for a Sept. 14, 2019 DUI-related vehicle collision that injured six people, including a District Attorney's Office investigator and himself, on Highway 154. After the collision, Antunez retired as a lieutenant custody deputy with the Santa Barbara County Sheriff's Office after a 22-year career.

Minutes before a judge sentenced Javier Antunez to state prison on Friday for causing a DUI-related collision that seriously injured six people, one of the victims read an emotional impact statement and described how the crash on Highway 154 nearly killed her.

Judith Hall, a District Attorney's Office investigator who sustained severe injuries in the 2019 collision, stood up from the back row of the courtroom in Santa Maria, calmly walked to the witness stand, took a seat and read her impact statement. Judge John McGregor stared intently at Hall the entire time.

"[Antunez] made the decision to drink and drive, even though he knew better," Hall said as she fought back tears. "He decided to not only change his life but also destroy mine."

After the statement, McGregor sentenced Antunez to six years in prison, including three years for driving under the influence, causing injury, and three years for a great bodily injury enhancement for the three-vehicle collision on Sept. 14, 2019, just east of the entrance to the Cachuma Lake Recreation Area.

Antunez pleaded guilty to both counts on March 29 after initially pleading not guilty on Nov. 13, 2019. The remaining charge, driving under the influence with a blood alcohol content of .08% or greater, was dismissed in a plea agreement. His blood alcohol content was .083%, according to court records.

Additionally, Antunez was ordered to pay restitution, which has yet to be determined. He was given credit for one day of time served. The conviction also counts as a felony strike, requiring him to serve at least 85% of his sentence.

Shortly after 7 p.m., a 2008 BMW driven by Antunez collided head-on into a 2009 Toyota pickup truck carrying Hall and three other passengers, according to the California Highway Patrol. A third vehicle, a 2017 Jeep, rear-ended the Toyota in the collision. Hall was celebrating her granddaughter's birthday, and the Toyota's occupants were headed to the Chumash Casino Resort for a concert.

The collision injured all four occupants of the Toyota, including Hall, Enrique Calderon Mendez, Dolores Gutierrez and Evelia Dominguez; and Esther Trejo-Takembaiyee, a supervisor with the County Probation Department, who was Antunez's passenger.

The impact also obliterated Antunez's femur, which has not completely healed, forcing him to walk with a cane, according to court documents.

On the witness stand, Hall said the force of the impact separated her skull from her spine, describing what her doctor called a "bloodless internal decapitation." Citing her doctor, Hall said such an injury either instantly kills a person or renders them paralyzed, yet somehow she survived.

In addition, Hall said the collision resulted in a collapsed lung; several broken bones, including vertebrae, ribs, sternum, clavicle and foot; missing teeth; and the removal of parts of her organs, including 30 centimeters of her small intestines and 15 centimeters of her colon; and more than a dozen hours of surgery.

She added that medics had to revive her three times on their way to the hospital. Several rounds of surgeries have left her skull fused to the spine with "rods, plates and screws" that will have to be replaced in 30 years, according to Hall.

Hall pleaded with McGregor to sentence Antunez to at least 18 years in prison due to his position as a senior deputy and her severe injuries. She rebuked Jonathan Kline, a state attorney assigned to the case to avoid an appearance of a conflict of interest, and said Antunez would have received a harsher sentence had he been prosecuted locally.

Josh Lynn, Antunez's attorney, asked for the lower term of six years due to his client's lack of a criminal record and his exemplary 22-year career with the Sheriff's Office, among other factors, according to a June 29 court filing.

McGregor was bound by the plea agreement and called the sentence "normal" for this type of case.

"Nothing that I can say or do today can ease your pain that you've undergone and will undergo," McGregor said. "I hope you find a way through this. There is no question that you will."

The case is scheduled for a restitution hearing on Aug. 27 in Superior Court of Santa Maria.