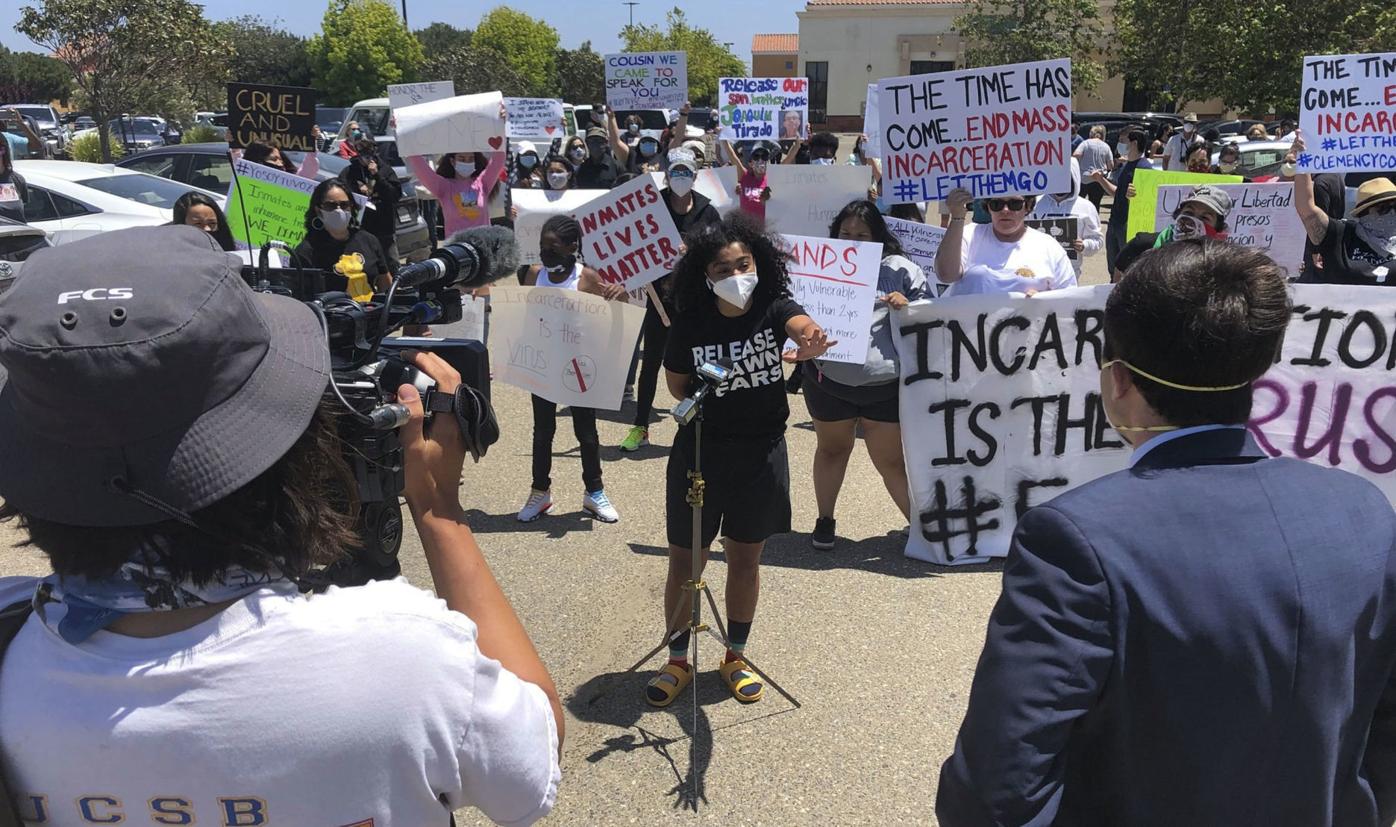 Protesters demonstrate in the Walmart parking lot on in May 2020 against the treatment of inmates at the Lompoc Federal Penitentiary. 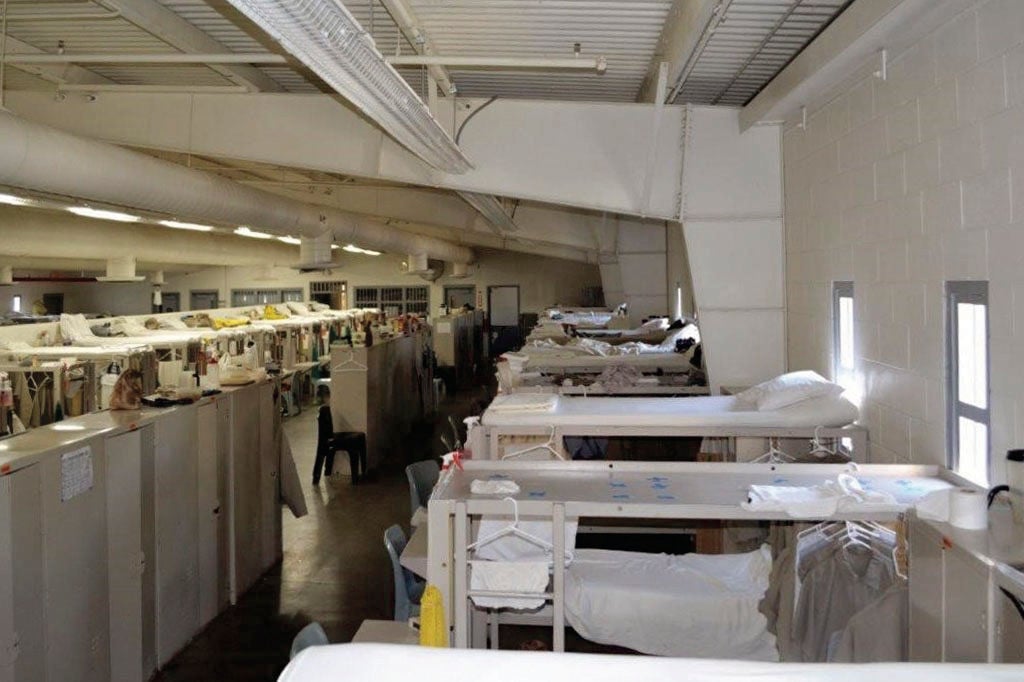 A housing unit at the Lompoc prison is shown. 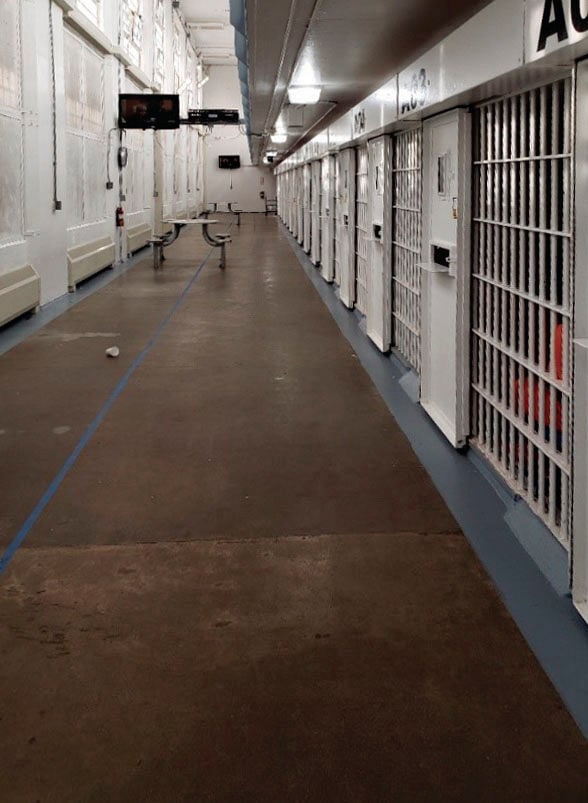 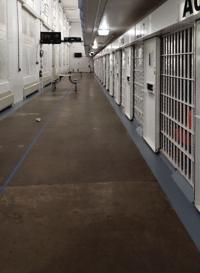 At the time of a federal investigation, FCC Lompoc used the H-Unit to medically isolate inmates suspected of having contracted COVID-19 or those who had tested positive for the virus.

Protesters demonstrate in the Walmart parking lot on in May 2020 against the treatment of inmates at the Lompoc Federal Penitentiary.

A housing unit at the Lompoc prison is shown.

At the time of a federal investigation, FCC Lompoc used the H-Unit to medically isolate inmates suspected of having contracted COVID-19 or those who had tested positive for the virus.

A tentative trial date has been set for August in a federal class-action lawsuit accusing Bureau of Prisons officials of cruel and unusual punishment over their response to a COVID-19 outbreak at the Lompoc Federal Correctional Complex last year.

Once known as a place for doing easy time, the complex lost that reputation after it converted to a more security facility in the early 1990s, according to the Los Angeles Times, and later became the location of one of the worst coronavirus outbreaks in the federal system at the time, infecting more than 1,000 inmates. Five inmates at the facility also died as a result of the virus in 2020.

In the lawsuit, they accuse the Bureau of Prisons of an "ineffective" and "unacceptable" response to the outbreak, which included a lack of testing and personal protective equipment, in addition to isolating inmates who tested positive for the coronavirus in solitary confinement for several consecutive days without medical care.

The five inmates also are seeking home confinement, claiming the Bureau of Prisons has not done enough curb the spread of the coronavirus.

Bureau of Prisons officials did not respond to several emails seeking comment.

In a ruling in July 2020, U.S. District Court Judge Consuelo B. Marshall issued a preliminary injunction that ordered officials to begin the process of identifying at-risk inmates for release to home confinement as a safety measure.

After 10 months, the plaintiffs are asking the judge to enforce the injunction for a second time based on the low number and slow rate of inmates released to home confinement. On March 22, Marshall set a tentative trial date of Aug. 24, with pretrial conferences to begin in July.

More than 240 inmates at the Lompoc Federal Correctional Complex have been vaccinated against COVID-19 as part of an effort to inoculate prisoners against the coronavirus following at least two outbreaks at the facility.

Some inmates released on home confinement, others vaccinated

At least 44 of the facility's inmates have been released to home confinement since July 2020, although 129 were approved for release, according to Naeun Rim, one of the plaintiff's attorneys.

Additionally, 81 received compassionate release and about 100 were transferred to halfway houses.

Plaintiffs have accused prison officials of dragging their feet in releasing inmates, although the Bureau of Prisons contends the preliminary injunction doesn't actually require the prison to release inmates immediately, according to a Sept. 15, 2020, filing.

In December, both parties entered mediation to discuss the Bureau of Prisons' alleged noncompliance with the injunction, days before the first round of vaccines arrived at the prison.

As of February, more than 240 inmates have been vaccinated against COVID-19, while 151 inmates have refused the vaccine, according to Jason Christopher, a Lompoc FCC paramedic, who added that at least 441 were offered the vaccine.

In a ruling that now is included in the Lompoc case, a federal judge in Connecticut recently denied release for inmates who have either received or were offered the vaccine.

Bureau of Prisons officials have indicated their intention to ask a judge to make a final ruling on the case, citing their own vaccination and containment efforts.

“Evidence that a defendant has been offered the vaccine, whether he accepts it or not, demonstrates that he had the ability and opportunity to take measures to markedly reduce his risk of severe illness or death from COVID-19 while incarcerated,” read the March 10 ruling.

The plaintiffs have been ordered to return to court on March 26 to submit data showing that the Bureau of Prisons officials imposed barriers on their home confinement, according to court records.

Epidemiologist to return for second inspection at facility

Dr. Homer Venters, an epidemiologist, will return to the Lompoc Federal Correctional Complex no later than April 21.

In his first visit, Venters was sent to document the outbreak's response at the FCI, finding that inmates lacked timely access to medical care.

Marshall authorized the second visit in order to follow up on his first report, despite objections by the Bureau of Prisons, according to court records.

“When specifically asked about his latest assignments, Venters did not disclose that he had been retained to give opinions against the federal government,” U.S. Attorney Jasmin Yang said in a March 21 filing, also accusing him of "scientific dishonesty."