Three 20-year-old men, including one from Santa Maria, were arrested on suspicion of manufacturing firearms and other weapons charges following a robbery in Goleta on Friday.

Santa Barbara County sheriff's deputies responded to a 911 call of an individual who was robbed shortly after 1:30 a.m. in the area of Covington Way and Camino Venturoso, according to spokeswoman Raquel Zick.

After broadcasting the suspect's vehicle description — a white sedan — a responding deputy noticed it in the area of San Marcos Road and Via Los Santos.

Deputies conducted a high-risk stop of the vehicle, which was occupied by four people, including Christian Anderson, of Santa Maria, along with Juan Paniaguadiaz and Isaiah Zaragosa-Ybarra, both of Goleta.

During the search, deputies found a loaded high-powered rifle and three additional firearms — none which had serial numbers — and armor piercing ammunition, according to Zick.

The fourth occupant, a juvenile female, was later released to a guardian and will be referred to juvenile probation.

Anderson, Paniaguadiaz and Zaragosa-Ybarra were booked into Santa Barbara County Jail on suspicion of felony charges, including robbery; manufacturing an assault weapon; carrying a loaded firearm, not the owner; carrying a concealed weapon in a vehicle; possession of armor-penetrating ammunition; conspiracy; possession of ammunition by a prohibited person; child endangerment; and carrying a loaded firearm in commission of a felony.

Additionally, Anderson and Zaragosa-Ybarra were booked for possessing a firearm while addicted to narcotics and carrying a loaded firearm in public. Both are held on $1 million bail.

Paniaguadiaz was booked for an additional charge of felon in possession of a firearm, and an outstanding warrant for failure to appear on charges of carrying a loaded firearm in public, carrying of a concealed weapon in a vehicle and contributing to the delinquency of a minor. He is held without bail.

Sheriff's detectives assigned to follow up on the arrests served three search warrants on Sunday, including at the Goleta suspects' residences in the 200 block of Pacific Oaks Road, the 7100 block of Davenport Road, the 7300 block of Padova Drive and a probation search in the 4600 block of Stillwell Road in Santa Maria, where additional evidence was recovered, according to Zick.

What you need to know for Tuesday, October 27

A Santa Maria couple that runs a family care center has sued Santa Barbara County Child Welfare Services for placing a foster child into their home who had been accused of sexually assaulting other children, according to a lawsuit filed last month in Los Angeles federal court.

A Santa Maria man was arrested Tuesday on suspicion of child sex crimes following a monthslong investigation by police detectives.

Santa Barbara County sheriff’s investigators are looking for a man who sexually assaulted a female hiker Nov. 8 on the Aliso Trail in Santa Yn…

A Santa Maria man has pleaded no contest to voluntary manslaughter in connection with the shooting death of Army soldier Marlon Brumfield in September 2019.

A Santa Maria woman was charged with trafficking firearms for the Aryan Brotherhood gang Friday following a federal multi-agency sting operation that yielded more than 60 arrests across three states.

A Santa Maria man was arrested Sunday on suspicion of federal gun and drug charges in a firearms trafficking case involving the Aryan Brotherhood, and the second person from the city arrested in connection the case.

A 39-year-old Grover Beach man was killed after he was struck and killed by a vehicle while trying to cross Highway 101 with his bicycle near Arroyo Grande Thursday.

A murder charge and three enhancements were upheld against a Santa Maria woman accused of killing a 53-year-old man and tossing his dismembered remains in a Nipomo golf course pond in 2018. 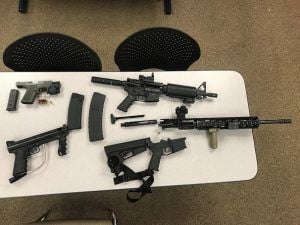 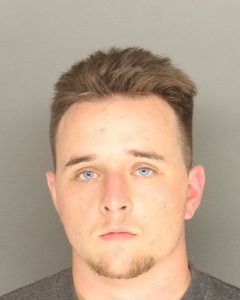 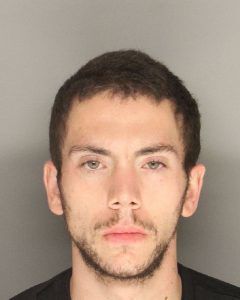 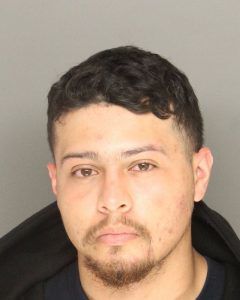