A group of teenagers that allegedly stole an SUV, swiped alcohol from a grocery store and led officers on a high-speed chase before crashing the vehicle were arrested Wednesday on a variety of suspected criminal charges.

Around 3 p.m., a Santa Barbara County sheriff’s deputy was responding to a reported shoplifting at Spencer’s Fresh Market off Lakeview Drive in Orcutt when a Chevrolet Tahoe was leaving the parking lot, Lt. Erik Raney said.

After learning that the Tahoe’s occupants had stolen alcohol from the store, the deputy attempted to stop the SUV, but it drove away at a high rate of speed, traveling erratically on Highway 135 and reaching 85 mph before crashing near South Broadway and East McCoy Lane.

Sheriff's deputies and Santa Maria police officers converged on the scene, where the teens were attempting to run from the Tahoe, Raney said.

The alcohol stolen from Spencer’s Fresh Market was recovered in the vehicle, which had been reported stolen in Santa Maria an hour before the shoplifting, Raney said.

Four of the five teens involved were arrested, and one remains at large.

The driver of the vehicle, a 15-year-old boy, was arrested on suspicion of felony evading, possession of a stolen vehicle, conspiracy, shoplifting, being a minor in possession of alcohol, resisting arrest and driving without a license. He was booked into Juvenile Hall.

Two girls, ages 15 and 14, and one 13-year-old boy were arrested on suspicion of possessing a stolen vehicle, conspiracy, shoplifting, being a minor in possession of alcohol and resisting arrest.

The 15-year-old girl was booked into Juvenile Hall, while the other two teens were released to the custody of their parents.

Raney said the investigation is ongoing and investigators have leads on the identity and whereabouts of the fifth juvenile who remains at large.

Nearly 200 cars were reported stolen--mostly late 90s Honda Civics and Accords--in Lompoc from January to September this year, according to the Lompoc Police Department.

Two Santa Maria men arrested on Sunday are accused of stealing $350 worth of hemp and crashing a stolen car, the Santa Barbara County Sheriff's Office said. 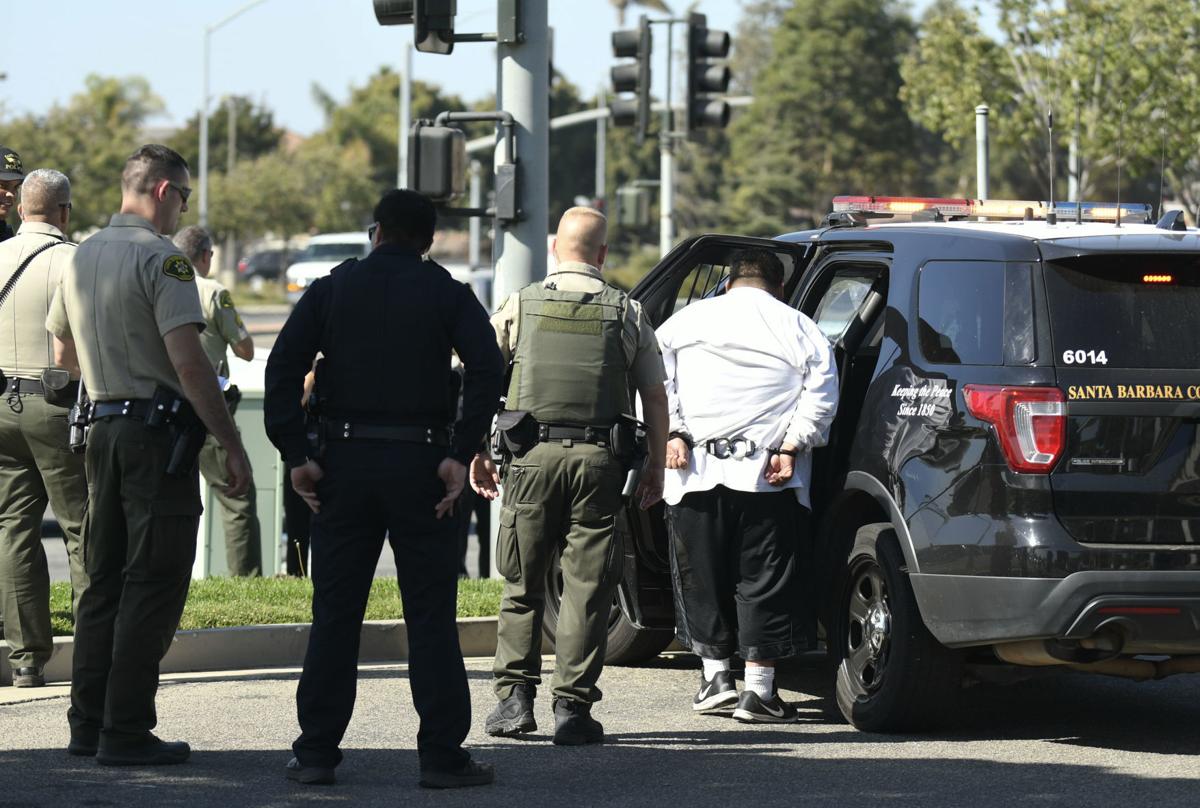 Santa Barbara County sheriff's deputies arrest one of five juveniles who allegedly led them on a high-speed pursuit in a stolen vehicle after reportedly stealing alcohol from an Orcutt grocery store Wednesday. 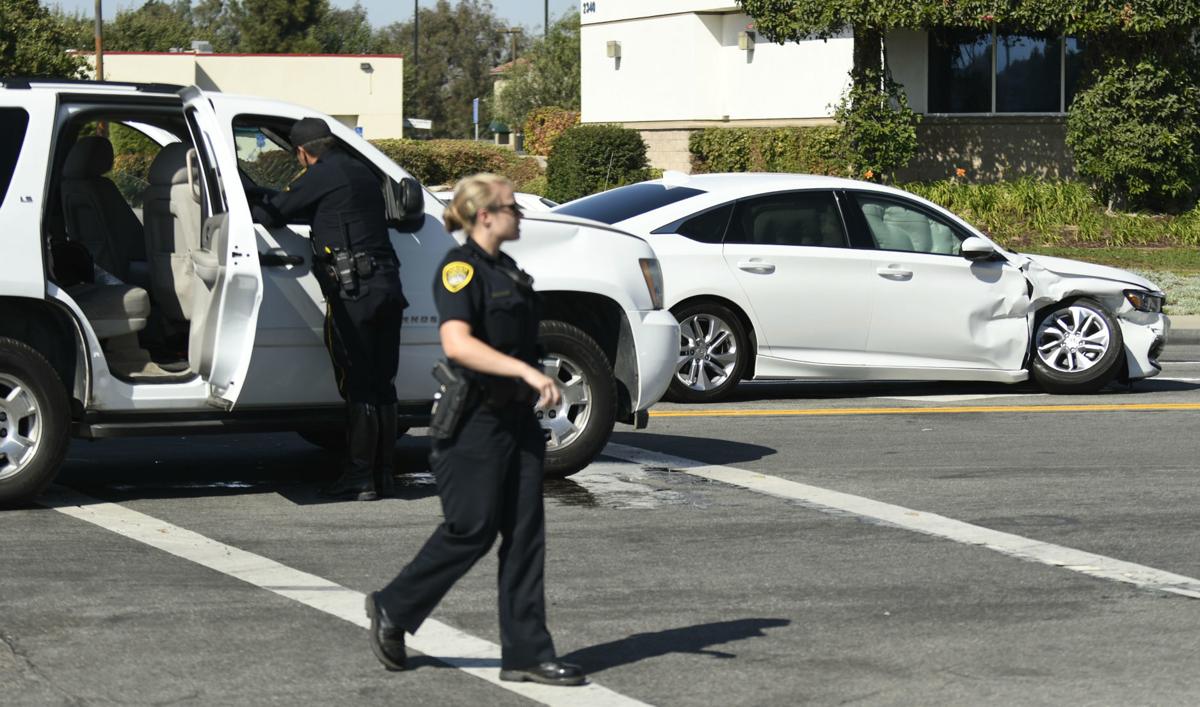 Santa Maria police officers investigate a collision at South Broadway and McCoy Lane that led to the arrest of four juveniles. The suspects allegedly led deputies on a high-speed pursuit in a stolen vehicle after reportedly stealing alcohol from an Orcutt grocery store Wednesday. 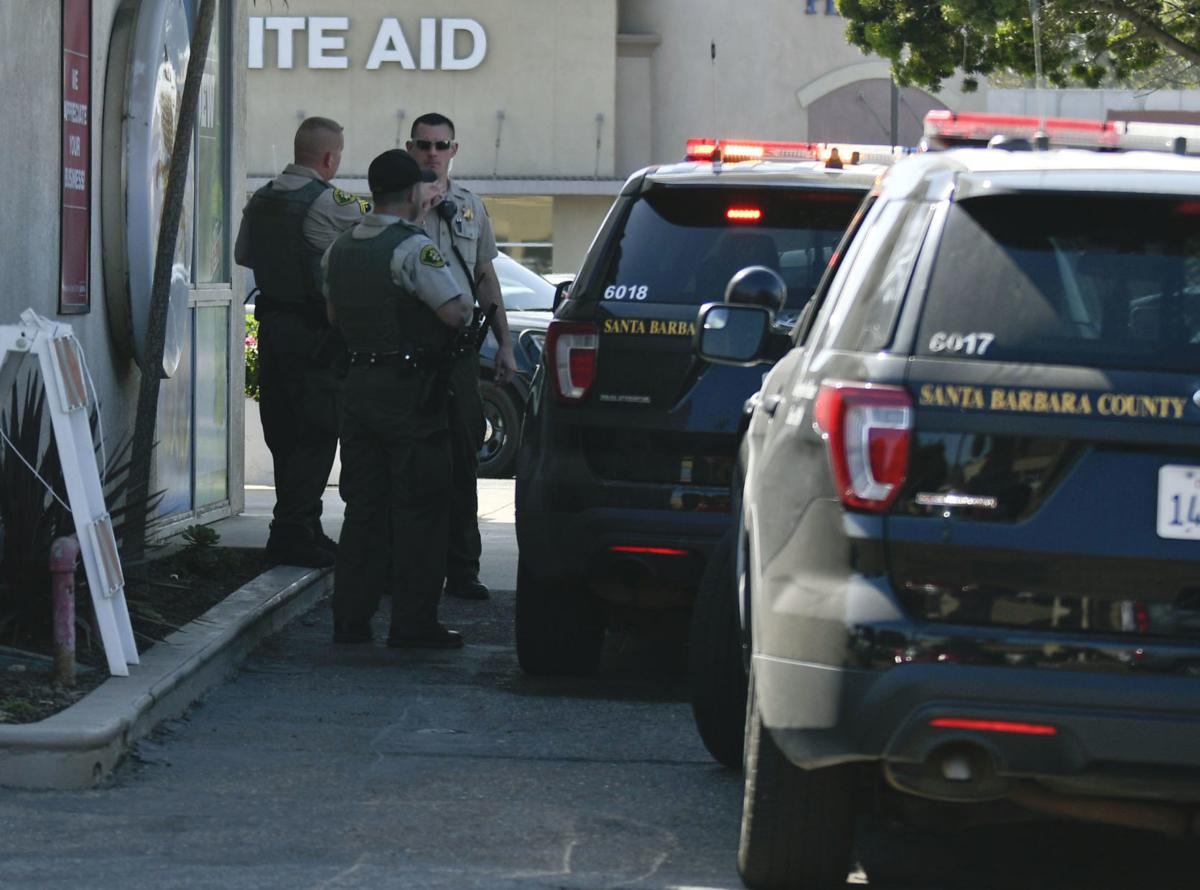 Sheriff's deputies confer at a gas station at South Broadway and McCoy Lane after arresting four juveniles who allegedly led them on a high-speed pursuit in a stolen vehicle after reportedly stealing alcohol from an Orcutt grocery store Wednesday.