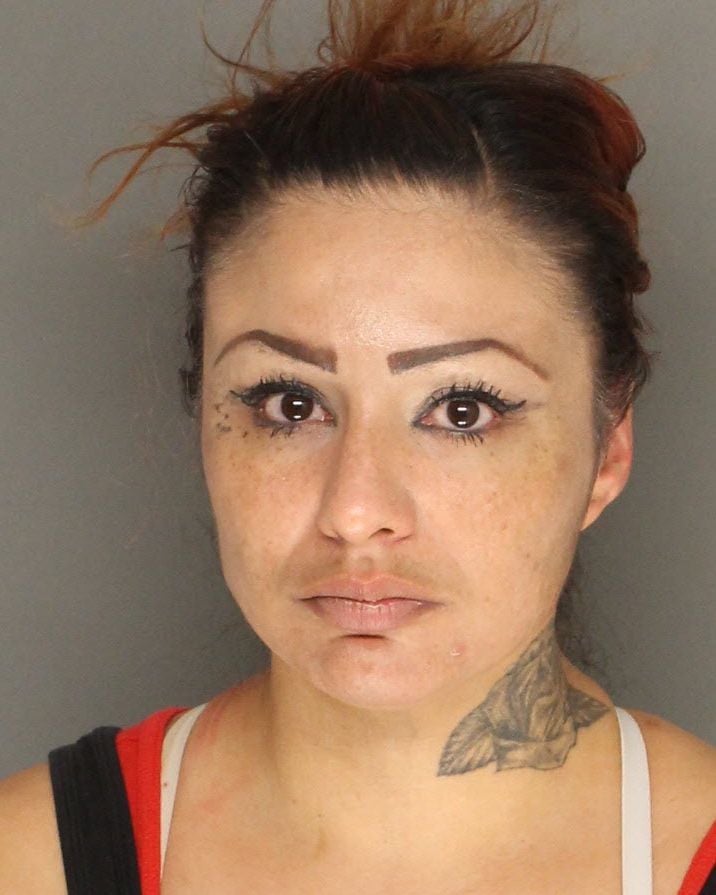 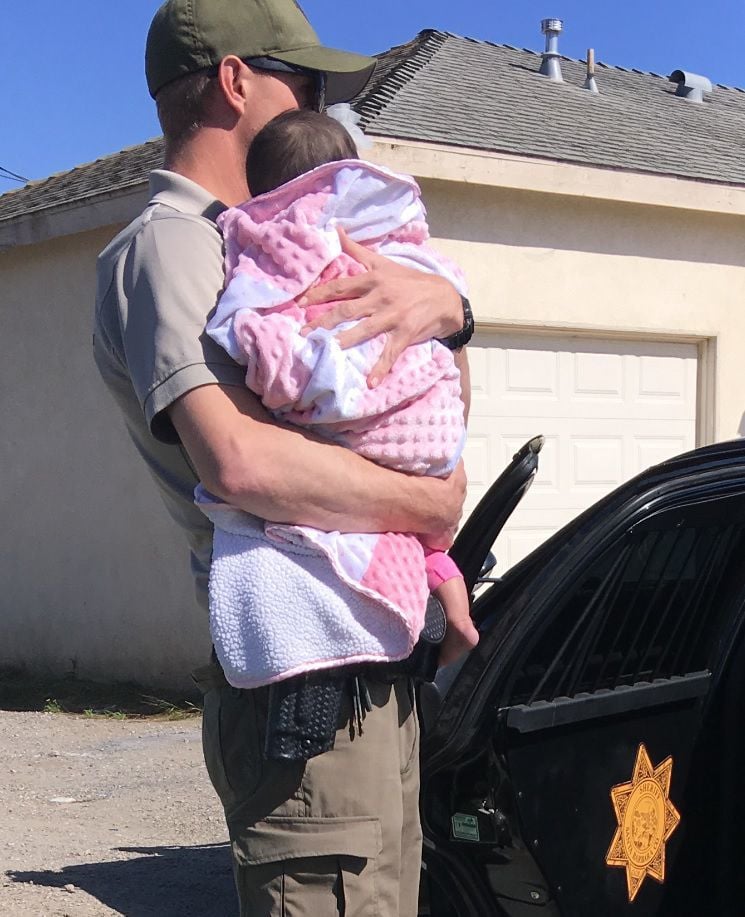 A member of the county's AB 109 Compliance Response Team holds a baby taken from her mother following the woman's arrest Tuesday in Santa Maria on a no-bail warrant for parole violation.

Child Welfare Services notified the team March 20 that the agency was trying to locate Sylvia Virgen, 35, wanted on a no-bail warrant for violating probation.

Reports said Virgen’s 6-month-old baby was at risk of abuse and neglect, so the agency asked the team for help locating the child, sheriff’s spokeswoman Kelly Hoover said.

Agency officials were concerned that Virgen’s lack of a stable residence and the possibility she was using substances while evading arrest were placing her infant in danger, Hoover said.

The Compliance Response Team launched what Hoover called “an exhaustive investigation” into the location of Virgen and her child and Tuesday afternoon tracked her to the 600 block of North Curryer Street.

Virgen was arrested without incident as she was walking and carrying her child, who was not injured, Hoover said.

The team released the baby to Child Welfare Services, and Virgen was booked into Santa Barbara County Jail on the no-bail warrant.

A second man has been arrested in connection with a stabbing that took place New Year’s Day, a Santa Maria Police Department spokesman said.

A $3.65m settlement deal was reached in a federal class action lawsuit involving Spearmint Rhino strip clubs in Southern California, including the one in Santa Maria, that were accused of underpaying their exotic dancers.

Three teenagers were reportedly injured in a shooting that took place at a Lompoc apartment complex on Saturday night.

A Santa Ynez man was arrested on gun, drug charges following a search warrant at a Lompoc hotel on Wednesday, according to the Santa Barbara County Sheriff's Office.

A member of the county's AB 109 Compliance Response Team holds a baby taken from her mother following the woman's arrest Tuesday in Santa Maria on a no-bail warrant for parole violation.