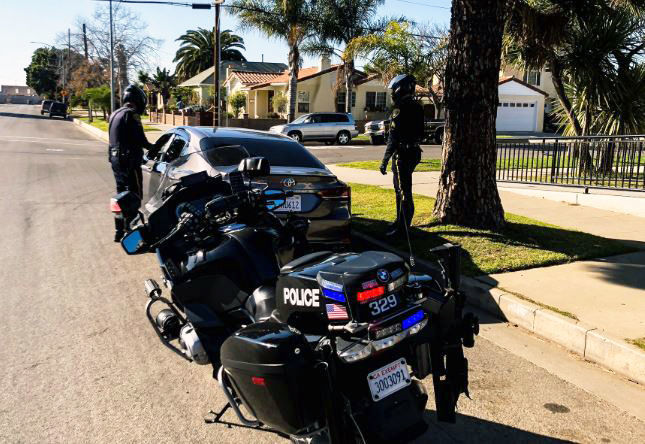 Santa Maria Police officers conduct a traffic stop in the city. Officers already have responded to 356 collisions this year. 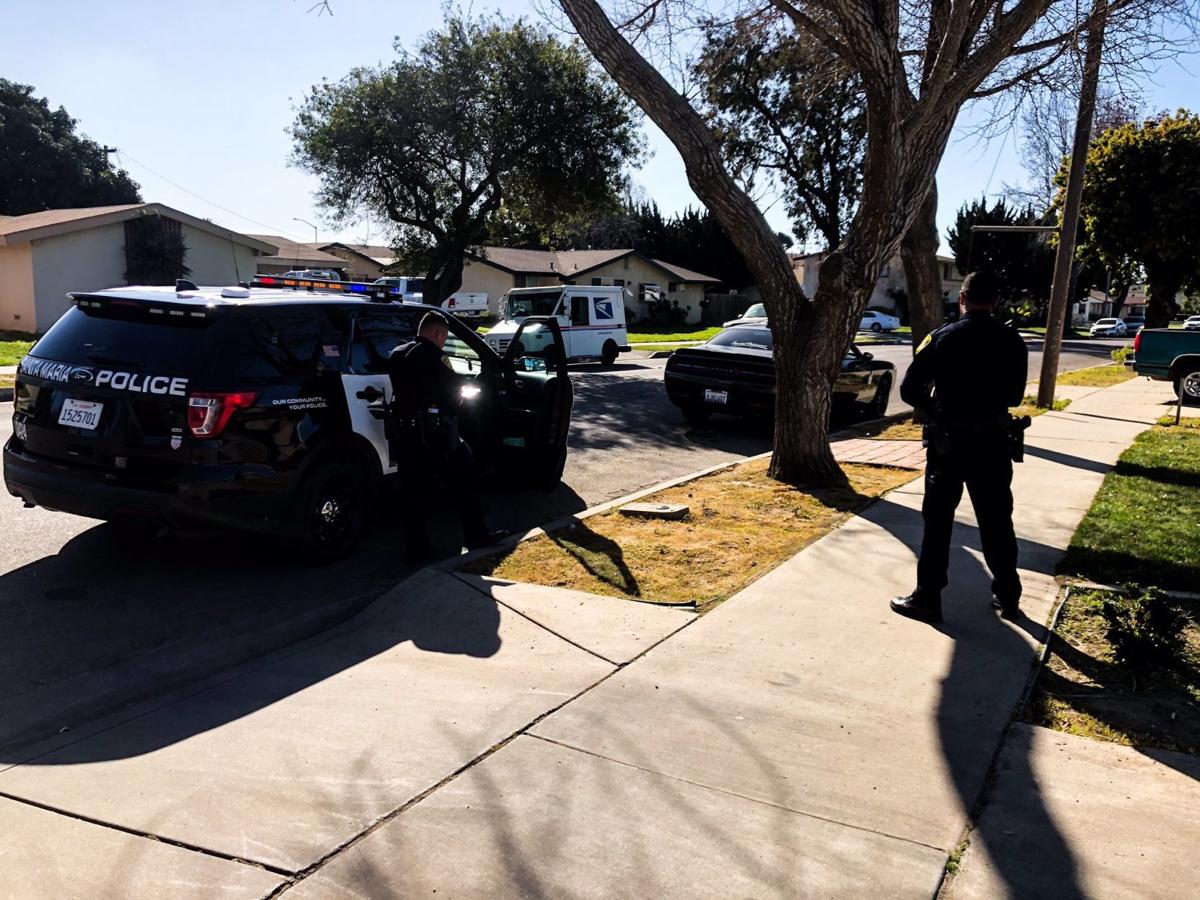 Santa Maria Police have recorded more than 350 traffic collisions from Jan. 1 to Feb. 14, a 20% to 30% increase from the same time period in 2019, according to spokesman Lt. Russ Mengel.

Santa Maria Police officers on Friday patrolled a section of West Main Street targeting traffic violators and deterring collisions during their first enforcement operation based solely on data provided by the new multimillion-dollar dispatch system that went online in November.

The operation, which began Friday morning and lasted until 4 p.m., included officers from Santa Maria Police's collision reduction team patrolling a section of West Main Street from Blosser Road to Broadway, according to Lt. Russ Mengel.

Specifically, the operation was based on collision data from the month of February, when 230 collisions were recorded in the city, occurring mainly near the intersection of Main and Broadway streets.

Additionally, data shows most of the collisions occurred around 2 p.m. Fridays.

Santa Maria Police Lt. Russ Mengel said police have responded to 356 traffic collisions from the beginning of this year to Feb. 14, a 20% to 30% increase from the same time last year. Go through this map showing the location of traffic incidents that SMPD responded to so far.

The enforcement operation was based on data collected from the new computer-aided dispatch and records management system the Santa Maria Police Department received on Nov. 5, 2019, through a 2016 contract between the city and Motorola.

The system cost $3 million and an additional $2.8 million will be billed to Santa Maria for maintenance and support provided by Motorola, according to city spokesman Mark van de Kamp.

The new system changes the way police conduct such operations, according to Mengel.

"We've done direct enforcement based on a hunch, but this time it's based on data," Mengel said.

Since the beginning of the year, Santa Maria Police officers have investigated more than 520 collisions citywide.

On Friday, as many as five officers conducted traffic compliance in the enforcement area along West Main street, stopping and writing tickets for motorists who disobeyed traffic laws in an effort to deter collisions.

After the enforcement operation concluded, Santa Maria Police officers began DUI saturation patrols through the city that were set to last until about 9 p.m. Friday.

The Santa Maria California Highway Patrol announced openings for its next Start Smart class for new drivers on March 17.

A small fire was reported Sunday night after the driver of a white sedan collided with an electrical utility box on South Thornburg Street before reportedly fleeing the scene.

Santa Maria Police officers conduct a traffic stop in the city. Officers already have responded to 356 collisions this year.

Santa Maria Police have recorded more than 350 traffic collisions from Jan. 1 to Feb. 14, a 20% to 30% increase from the same time period in 2019, according to spokesman Lt. Russ Mengel.