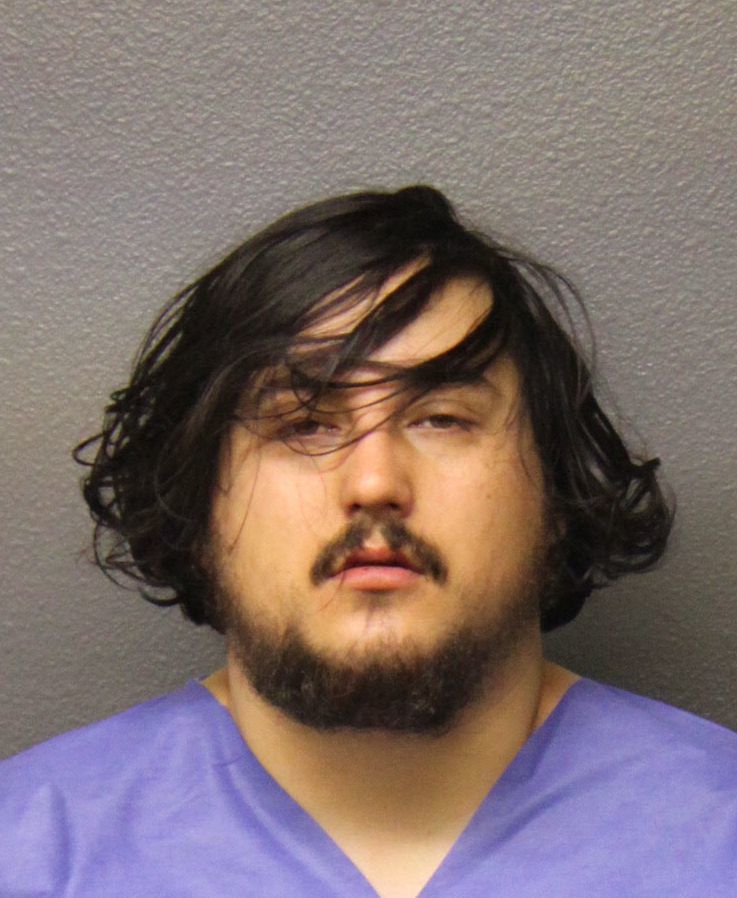 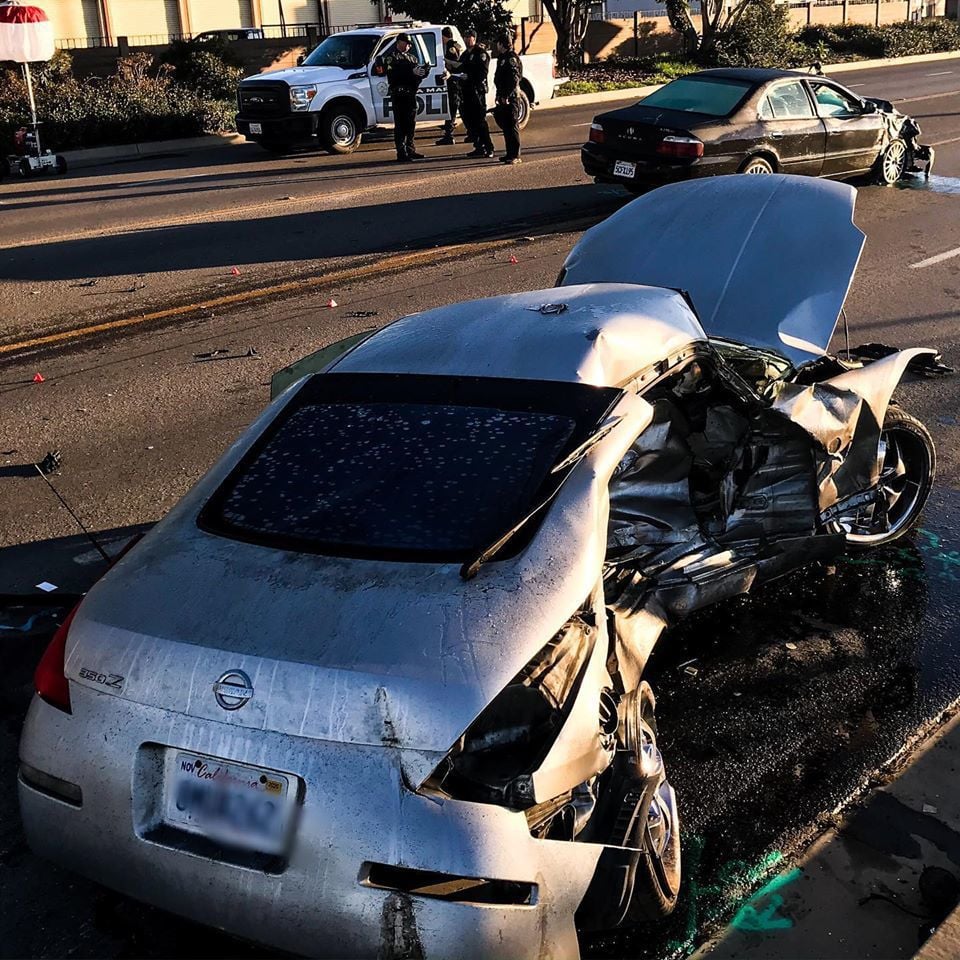 In the foreground is the Nissan sports car driven by 37-year-old Santa Maria resident Leonel Tinoco, who was killed in the DUI-related collision Feb. 7 near Blosser and Stowell roads. In the background is the Acura driven by 25-year-old Michael Lee, who was arrested on DUI-related charges.

A 37-year-old Santa Maria man was identified as the driver killed in an alleged DUI collision that occurred Feb. 7 near the intersection of Blosser and Stowell roads.

Leonel Tinoco was named as the driver of the Nissan sports car that was struck by an Acura sedan driven by 25-year-old Michael Anthony Lee at approximately 1:19 a.m. along Stowell Road, according to Santa Maria Police Lt. Russell Mengel.

Both drivers were traveling eastbound when Tinoco's Nissan struck a light pole and came to a halt between Hanson Way and Blosser Road, where Lee's Acura broadsided the sports car, according to Mengel.

When police arrived, they discovered Tinoco dead at the scene and Lee with minor injuries, according to Santa Maria Police Sgt. Paul Flores.

A man was arrested Friday on DUI-related charges following a fatal traffic collision between two cars that occurred earlier in the morning near the corner of Blosser and Stowell roads, according to Santa Maria Police.

Lee was transported to Marian Regional Medical Center, where he was treated and later arrested on suspicion of gross vehicular manslaughter while intoxicated and driving under the influence causing injury, according to Santa Maria Police.

He was booked into Santa Barbara County Jail with bail set at $100,000. Charges had not been filed against Lee as of Thursday morning.

Alcohol and speed are suspected as factors for both drivers in the collision, Mengel said.

A section of Stowell Road between Hanson Way and Blosser Road was closed for more than 10 hours as the Santa Maria Police Department's Traffic Bureau investigated the collision.

A man was arrested Friday on DUI-related charges following a fatal traffic collision near the corner of Blosser and Stowell roads, according t…

One person was injured Monday and a suspect was arrested following an alleged stabbing in the 500 block of South McClelland Street, according to a Santa Maria Police spokesman.

Details of alleged abuse committed by two Santa Barbara County sheriff's custody employees were revealed in court documents filed Thursday in Superior Court, accusing the two men of using their positions inside the Main Jail to gain sexual favors from female inmates in exchange for candy and other items.

Two men were arrested last week, including one in Santa Maria, on drug and gun charges after a yearlong investigation into an operation trafficking more than $600,000 worth of narcotics directly from Mexico, according to a San Luis Obispo County sheriff's spokesman.

Santa Maria Police are asking the public's help to identify a suspect wanted in connection to an alleged Feb. 12 robbery that occurred at a business on South Broadway Street, according to a spokesman.

A Sunnyvale man pleaded no contest in Lompoc Superior Court on Tuesday to the attempted murder of a physician at Lompoc Valley Medical Center in February 2019.

Santa Maria Police detectives are searching for a suspect who reportedly stabbed an adult male multiple times in the 1700 block of South Depot Street on Feb. 11.

A former Santa Maria gang member sentenced for attempted murder in 2019 was reportedly killed on Friday during an attack inside Calipatria State Prison, according to California Department of Corrections and Rehabilitation officials.

Guadalupe resident Harry Masatani, 93, recalls the events surrounding internment of Japanese Americans during World War II days after the California Assembly issued a formal apology for the practice on Feb. 20.

In the foreground is the Nissan sports car driven by 37-year-old Santa Maria resident Leonel Tinoco, who was killed in the DUI-related collision Feb. 7 near Blosser and Stowell roads. In the background is the Acura driven by 25-year-old Michael Lee, who was arrested on DUI-related charges.