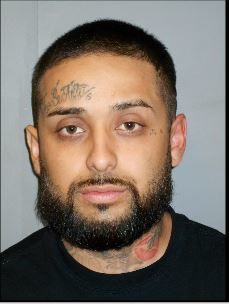 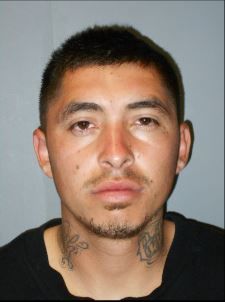 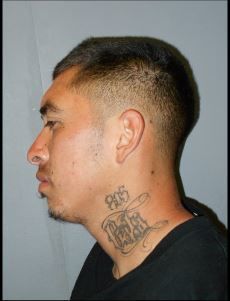 A 25-year-old Santa Maria man has been arrested on suspicion of murder in the death of an Army soldier who was shot and killed in Lompoc on Sept. 8, but a second suspect remains on the loose, the Lompoc Police Department announced Thursday.

Francisco Gutierrez-Ortega turned himself in around 8 a.m. Thursday to the Santa Maria Police Department, which was assisting the Lompoc Police Department on the case. Lompoc police are asking for help from the public to locate the second suspect, 24-year-old Walter Alexander Morales Jr.

Gutierrez-Ortega and Morales Jr. are suspected by Lompoc police of being involved in the death of 22-year-old Marlon Brumfield, who was shot and killed around 2 a.m. Sept. 8 while walking along North A Street near Ocean Avenue. Brumfield was back in his hometown while on leave from Germany with the Army.

“The Lompoc Police Department will seek prosecution on any person found to be aiding and abetting Walter Morales Jr.,” the statement concluded.

Morales Jr., who is still being sought by police, is described as a Hispanic male who stands about 5-foot-4 and weighs around 140 pounds. His hair is black and his eyes are brown.

Anyone with information about Morales Jr.’s whereabouts is encouraged by detectives to contact the Lompoc Police Department at 805-736-2341.

Gutierrez-Ortega is in custody at the Lompoc City Jail on a no-bail warrant.

A march led by Lompoc pastors and community members has been planned for Friday evening to honor Brumfield and demand justice for his death. The march is set to start at 7 p.m. at Starbuck-Lind Mortuary, at 123 North A St., and continue to City Hall, 100 Civic Center Plaza.

Brumfield's funeral is scheduled for 2 p.m. Saturday at True Vine Bible Fellowship. In lieu of flowers, his family has asked that mourners donate to America's Gold Star Families.

Several hundred Lompoc community members marched three blocks Friday evening from the scene of Marlon Brumfield’s murder just 12 days earlier to City Hall, where they staged a peaceful rally to remember and honor the fallen Army soldier and call for unity and change within the community. Brumfield, who was visiting home from his Army station in Germany, was shot and killed in the early morning of Sept. 8 while walking along North A Street near Ocean Avenue.

Santa Maria resident Francisco Gutierrez Ortega, who is accused of being involved in the shooting death of Lompoc resident Marlon Brumfield, has been formally charged with murder, the Santa Barbara County District Attorney’s Office announced Monday.

One person was killed and another two were injured in a shooting late Saturday night in northern Lompoc.

As Lompoc continues to deal with a surge in violence — evidenced by seven homicides this year — some city leaders are at odds over potential root causes, while those same leaders and many others in the community are hoping to affect change as soon as possible.

A Lompoc gangster convicted of killing a teenager in 2009 will get a retrial after a 2014 California Supreme Court ruling.