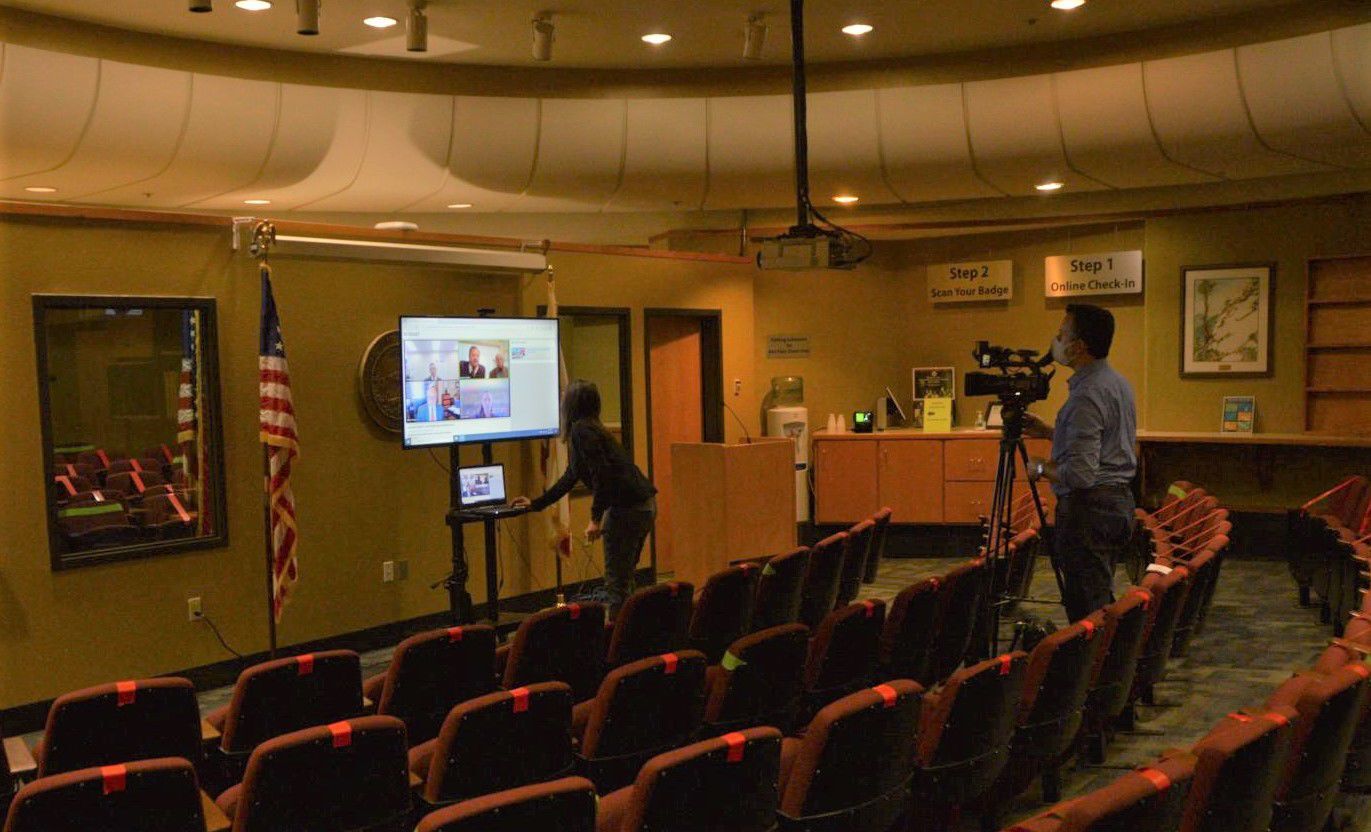 Reporters are only permitted to film and take pictures of the court hearings for Paul and Ruben Flores from the jury selection room at the San Luis Obispo County Superior Court due to COVID-19 protocols. 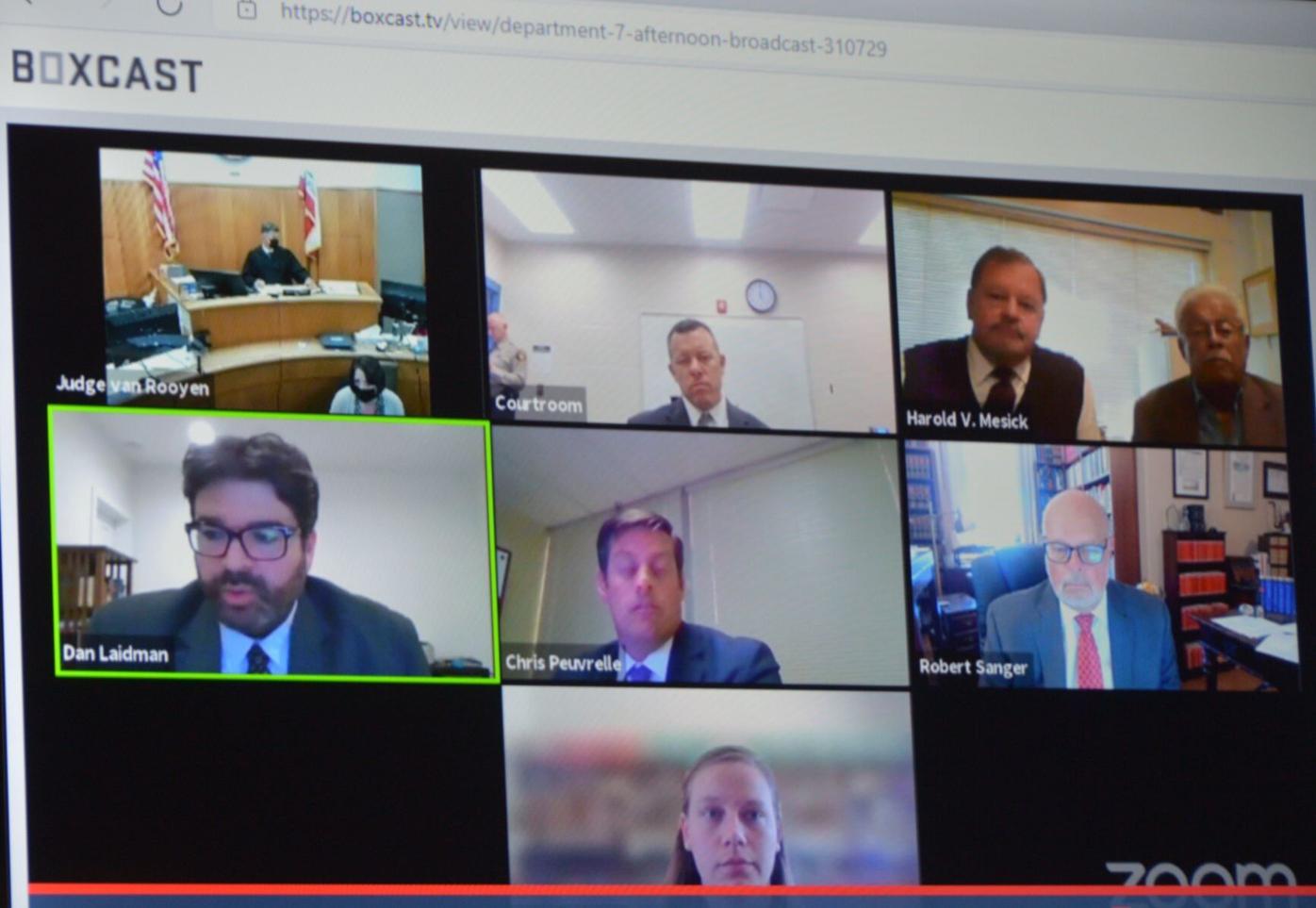 Reporters are only permitted to film and take pictures of the court hearings for Paul and Ruben Flores from the jury selection room at the San Luis Obispo County Superior Court due to COVID-19 protocols.

A San Luis Obispo County Superior Court judge last week confirmed a July 6 start date for the preliminary hearing in the Kristin Smart murder trial and approved the use of photo news coverage inside the courtroom.

During a Zoom hearing June 21, Judge Craig Van Rooyen denied a request to prohibit electronic media coverage filed by Bob Sanger, the attorney representing Paul Flores, who is accused of sexually assaulting and killing Smart. The 19-year-old Cal Poly freshman was last seen walking back to her Muir Hall dorm room with Flores, a fellow student, on May 25, 1996. She was declared dead in 2002.

Ruben Flores, 80, Paul Flores' father, is accused of hiding Smart's body, which has never been recovered.

Both are slated to appear for next month's preliminary hearing, which is expected to last 12 days. Both men have pleaded not guilty.

During the June 21 hearing, Van Rooyen heard arguments from Sanger and Dan Laidman, an attorney representing NBC Universal, which opposed Sanger's request to deny electronic recording, including audio and the use of still and video cameras.

Sanger denied the intent to deprive the public, including the press, of their right to view the trial, but argued there is no constitutional right to allow cameras in the courtroom and that the public can still read about the case in news reports.

"We don't feel that's terribly unreasonable," Sanger said on behalf of Paul Flores, who appeared remotely from the San Luis Obispo County Jail. Ruben Flores appeared from inside an office and next to his attorney Harold Mesick, who joined Sanger's request.

Laidman called Sanger's request general and "lacking in any detail," and asked Van Rooyen to modify the existing order to allow audio, should the judge deny camera coverage, arguing that audio should be "strongly allowed" due to the "heightened public interest" in the case.

Van Rooyen kept the existing order, which permits camera coverage for both still and video cameras but prohibits audio recording. Camera coverage will be conducted via press pools to allow one still camera and one video camera each. He cited the thousands of people who watch the Zoom hearings over the internet, which are held due remotely to the COVID-19 pandemic. The preliminary hearing itself will be held in person.

"The court's biggest concern is the fairness of the proceedings," Van Rooyen said, adding that the possibility of the public remotely watching testimony of witnesses and other evidence that could ultimately be excluded from the trial could bias a potential jury.

Paul and Ruben Flores are scheduled to appear in a pre-preliminary hearing at 1:30 p.m. June 23 in Department 5 of San Luis Obispo County Superior Court.

Photos of the Paul Flores arrest was displayed at the press conference in Cal Poly in San Luis Obispo.

Members of the media from Los Angeles to Sacramento attend the press conference at Cal Poly SLO Tuesday afternoon.

Chris Lambert creator of the Your Own Backyard Kristin Smart podcast speaks with the public at the press conference at Cal Poly Tuesday afternoon.

Balloons wrap around the billboard of Kristin Smart in Arroyo Grande after the arrest of Paul and Ruben Flores Tuesday.