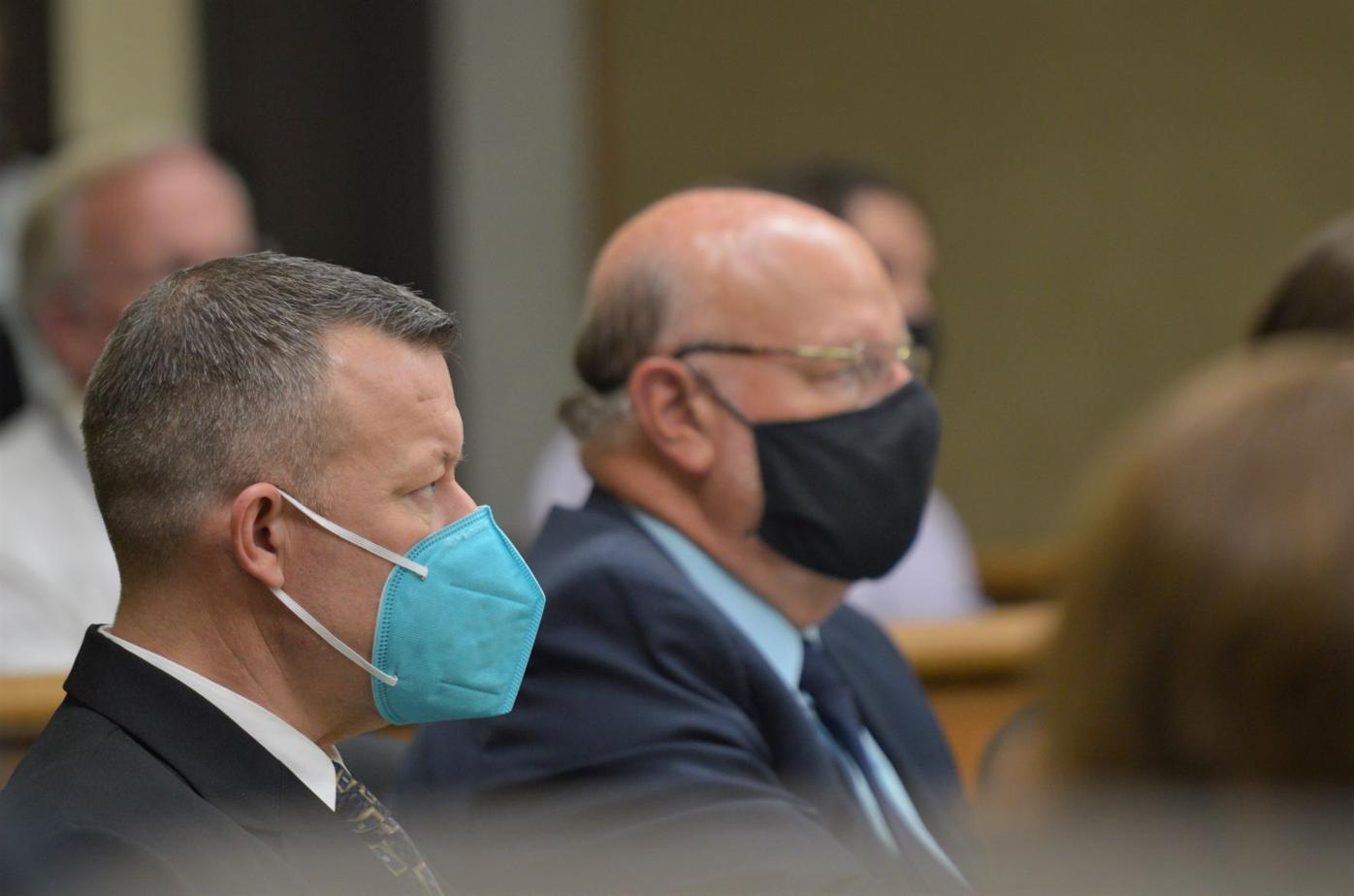 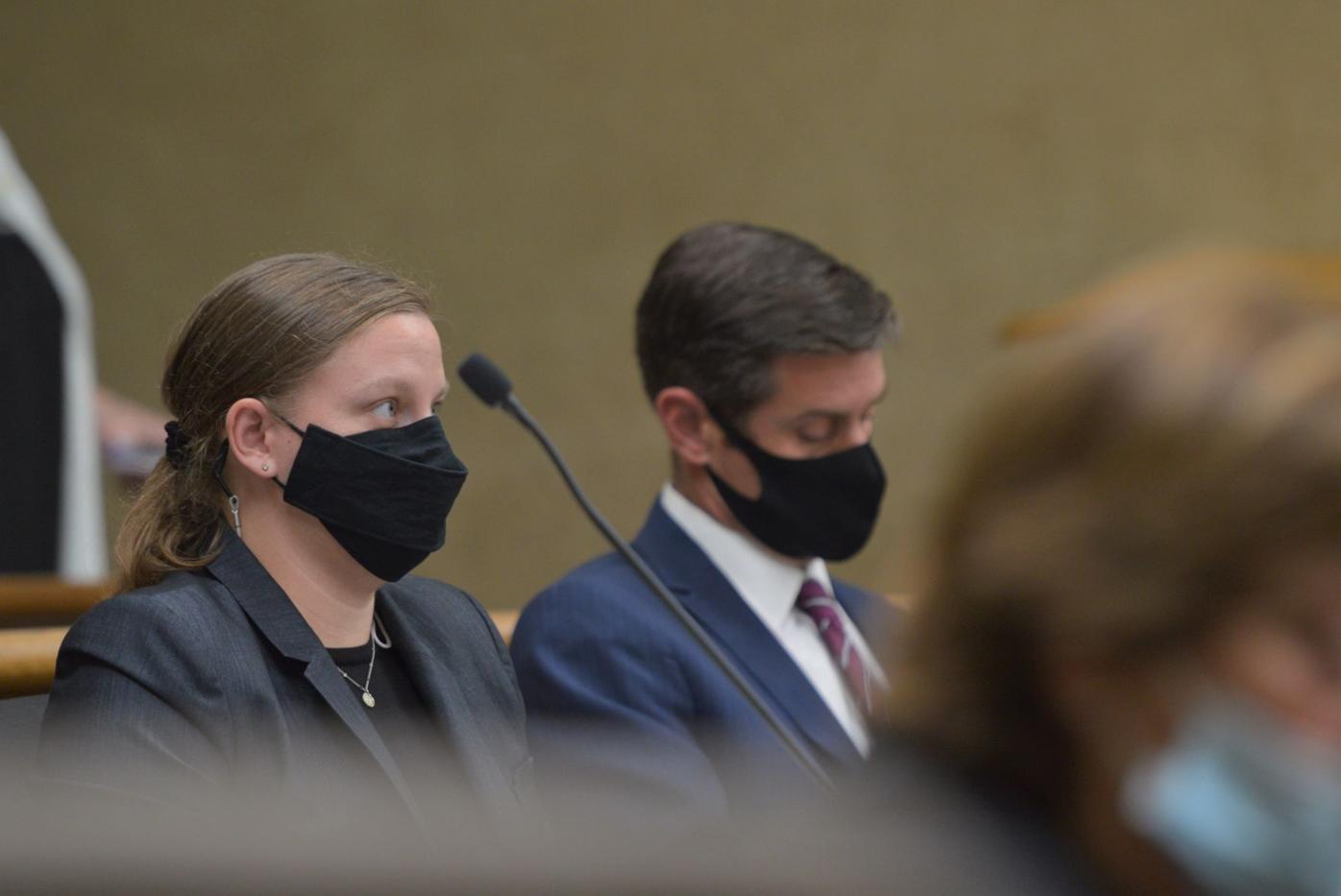 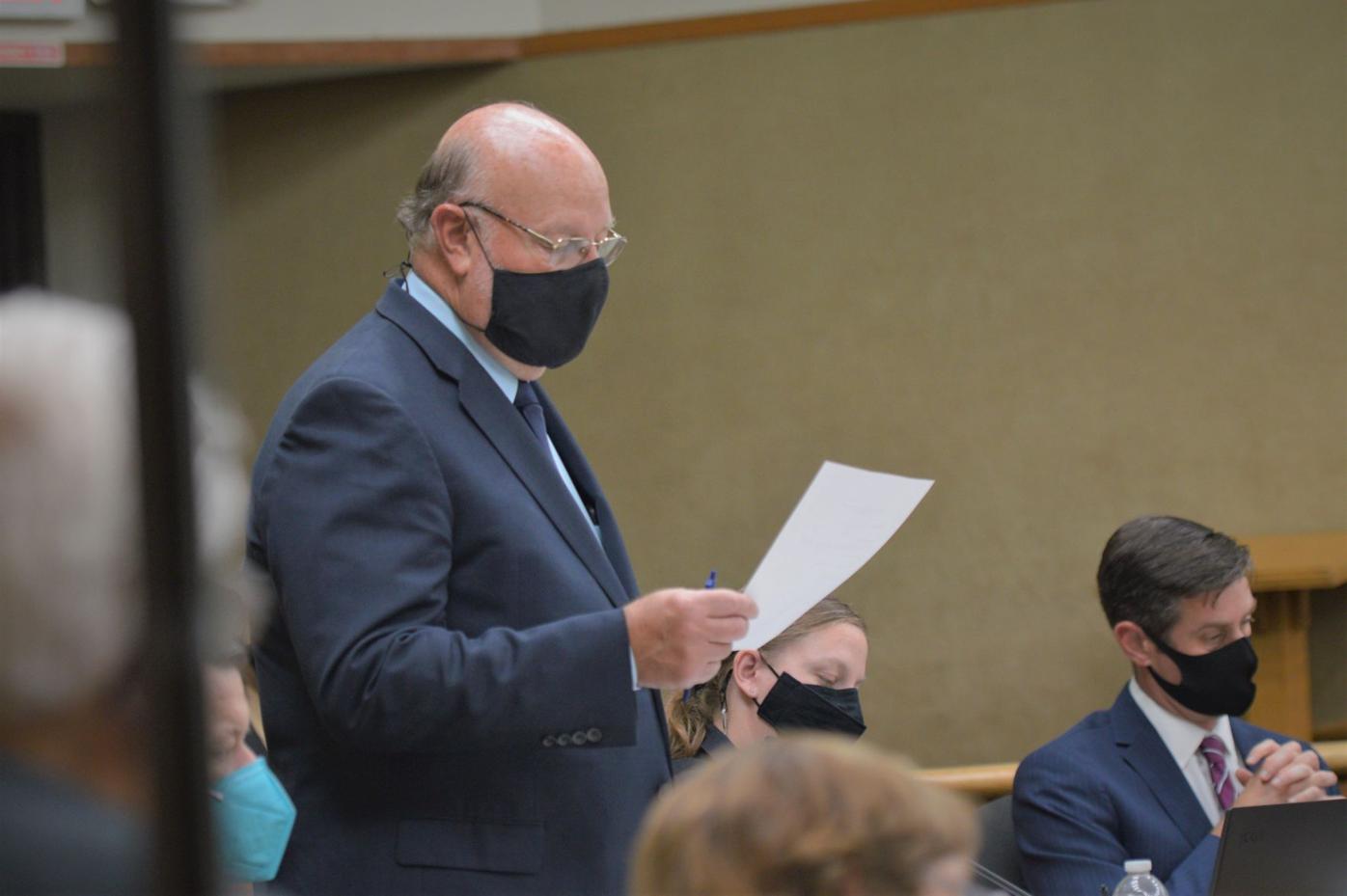 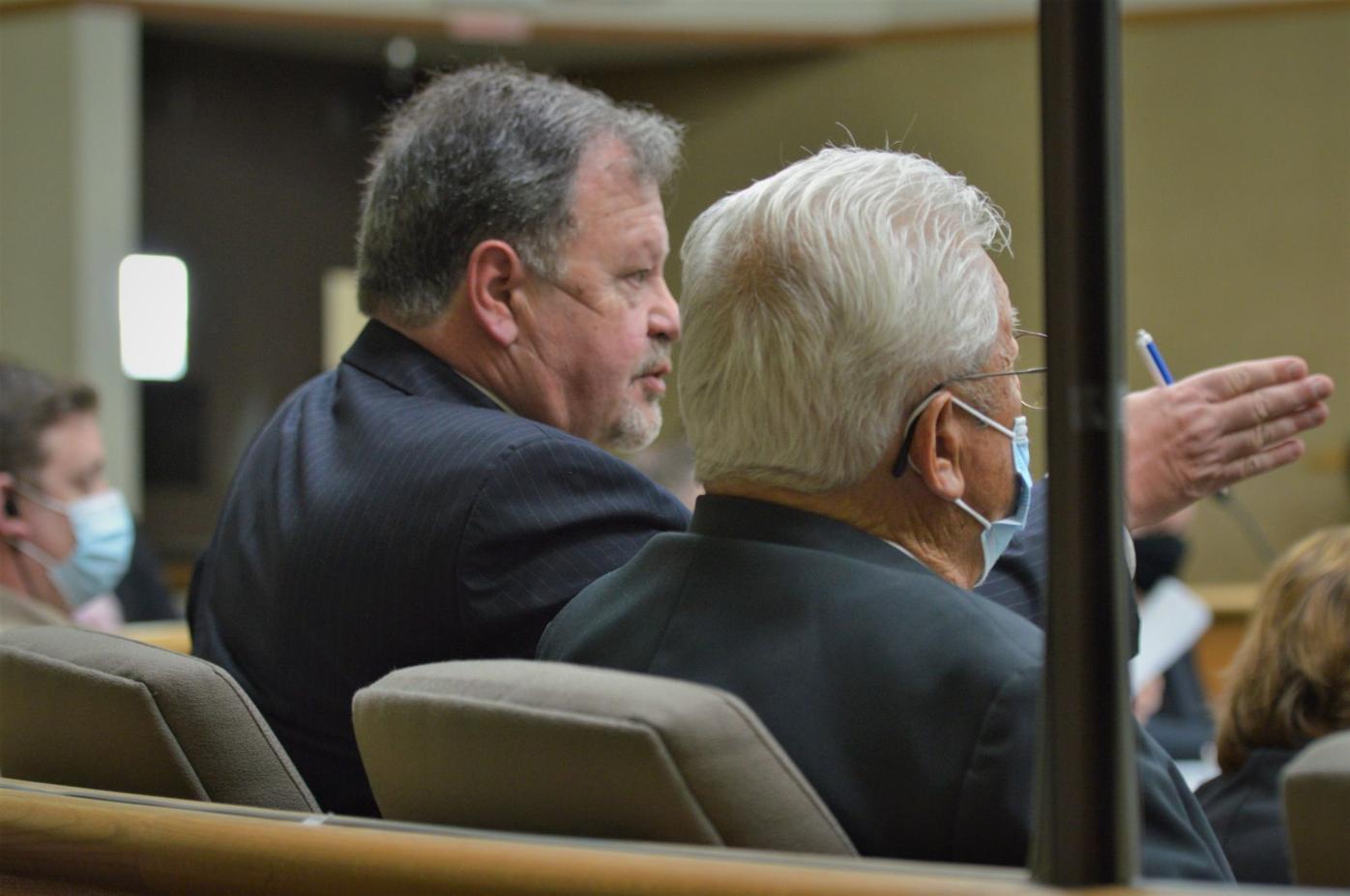 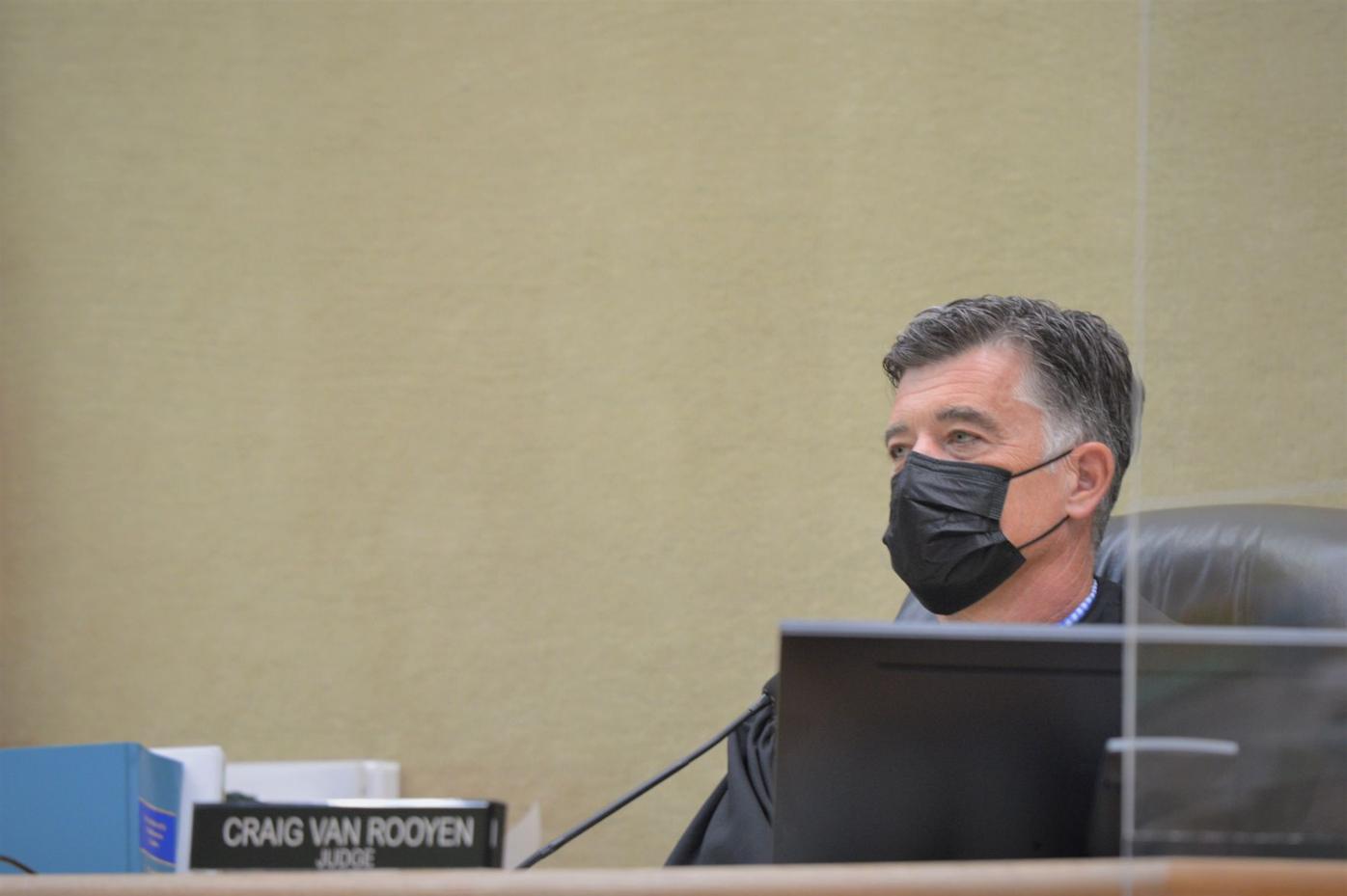 A retired police detective took the witness stand Monday and provided details about the FBI’s use of a jail informant to investigate Paul Flores’ alleged role in the May 1996 disappearance of 19-year-old Cal Poly student Kristin Smart.

Henry Stewart, who was assigned to the case in June 1996 and retired from the San Luis Obispo County Sheriff’s Office in 2004, said the operation was part of a larger effort to investigate Flores, who at the time was considered a person of interest in Smart’s disappearance.

Paul Flores, 44, of San Pedro is charged with the murder of Smart. His father, 80-year-old Ruben Flores, is charged with accessory to murder after the fact and is accused of hiding Smart’s body.

A judge on Wednesday declined to set bail for Paul Flores and temporarily paused his preliminary hearing for a second time this week to allow attorneys to prepare for several motions that are scheduled to be heard on Friday.

They were arrested at their respective residences on April 13 following search warrants and charged the next day. Both have pleaded not guilty.

Cheryl (Anderson) Manzer, a former Cal Poly student, testified on Aug. 3 that she walked with Paul Flores and Kristin Smart from a Crandall Way party and left them alone together at the intersection of Perimeter Road and Grand Avenue before splitting from the pair at about 2 a.m. on May 25, 1996.

Paul Flores is believed to be the last person to have seen Smart alive before she went missing and has maintained they went their separate ways to their respective dorms, which are next to each other, according to investigators. Smart’s body has never been found and she was declared legally dead in 2002.

Stewart testified that the FBI later became involved in the case and recalled assisting the agency with packaging some evidence. The evidence was sent to a lab in Quantico, Virginia for analysis, but was returned without any testing, he added.

He recalled the FBI was “doing things” in the case, including the use of experimental ground-penetrating radar on the Arroyo Grande residence of Susan Flores, Paul Flores’ mother.

In 1997, after an unsuccessful attempt to interview Paul Flores, Stewart learned that he moved to Orange County. In April of that year, Stewart contacted Flores at his Blockbuster video job in Irvine and left a Kristin Smart case flyer with the store’s shift manager, according to testimony.

In 2002, Stewart and his partner were in Costa Mesa investigating Paul Flores for a probation violation.

Stewart recalled interviewing waitresses at a bar when he noticed Flores pull up to the location in a taxi-cab with some friends and was allegedly drinking.

Flores ran from police, but was later apprehended and booked into Santa Barbara County Jail, according to Stewart.

While in jail, an FBI informant posing as an inmate befriend Flores in an attempt to catch him confessing to Smart’s disappearance but he maintained the same story, Stewart added.

Stewart testified that the informant remained friends with Flores after jail and later invited him on a fishing trip at Catalina Island in an another unsuccessful attempt to record a confession.

Harold Mesick, Ruben Flores’ attorney, asked Stewart whether he knew the FBI had a $50,000 budget to investigate Paul Flores and if he knew about an additional effort by the FBI in which the informant invited Flores on a trip to Las Vegas, although Steward did not recall that information.

Bob Sanger, Paul Flores’ attorney, accused investigators of knowing they had only a “50-50” chance of winning the case at the time had it been taken to trial, which is why he said they tried to coax a confession out of his client.

In addition, Stewart’s testimony included his recollection of a single strand of brown hair discovered in the Santa Lucia Hall dorm room formerly occupied by Paul Flores during a search in June 1996.

He also testified about his recollection of the reported theft of a stolen golf cart on campus the night Smart went missing and a cadaver dog search of the vehicle when it was later located nearby on Santa Ynez Avenue in San Luis Obispo.

“For 25 years, he said exactly the same thing to everyone,” Sanger said. “The whole time, they know they [didn’t] have a case.”

The preliminary hearing, which began Aug. 2, resumes at 9 a.m. Wednesday in Superior Court.