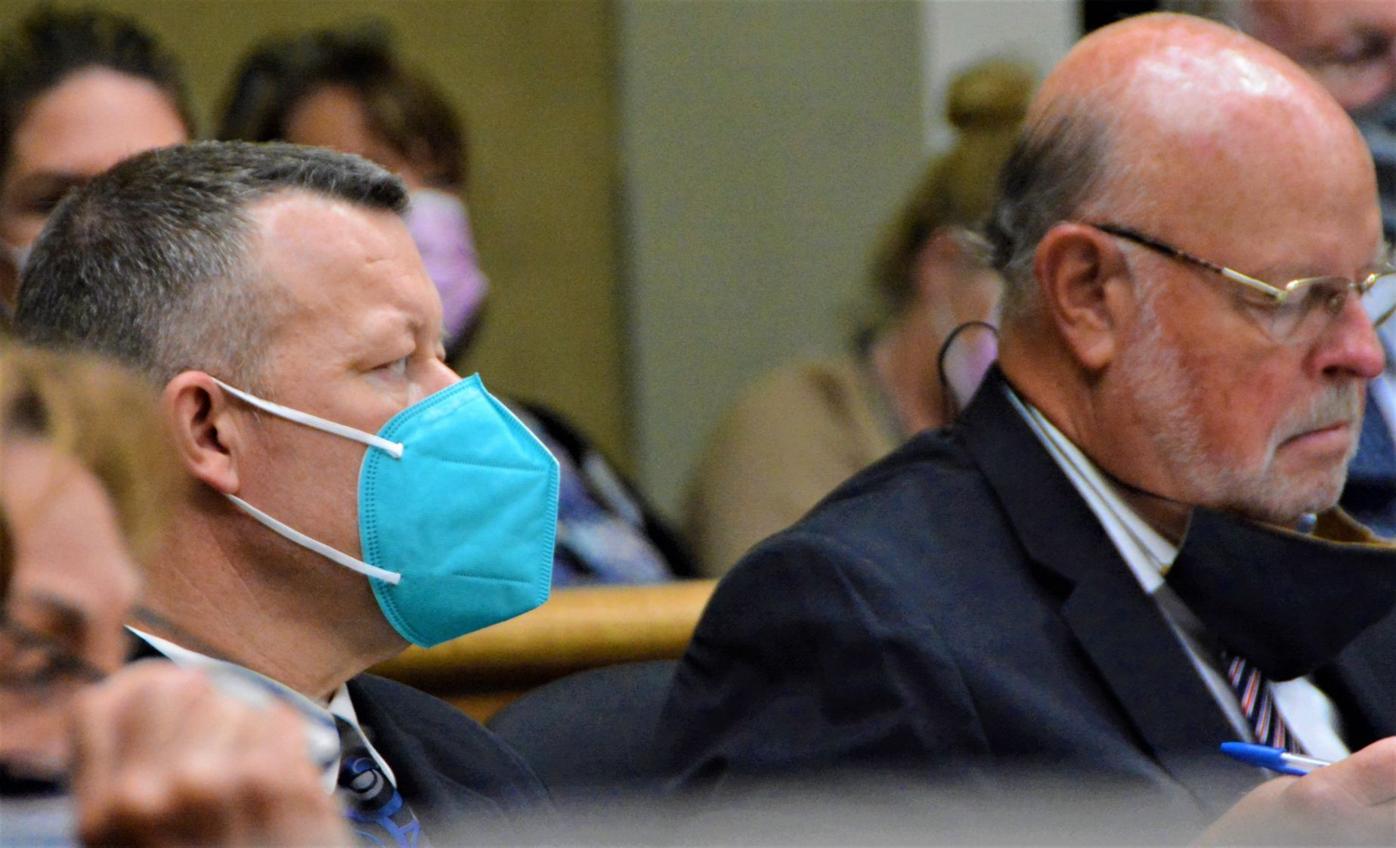 Paul Flores, left, and his attorney Bob Sanger, right, during day six of Flores' preliminary hearing on a charge of first degree murder in the death and disappearance of Cal Poly student Kristin Smart. 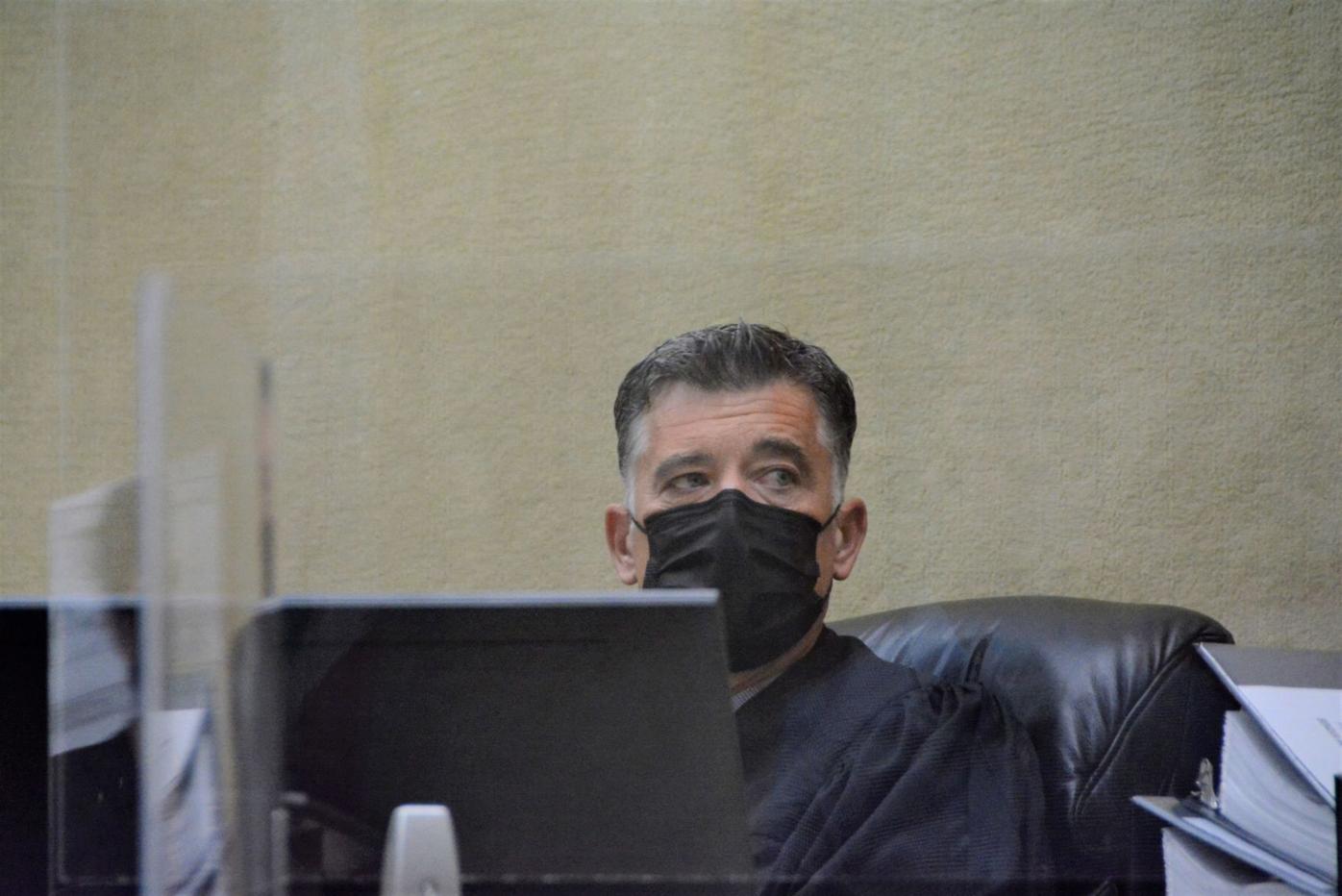 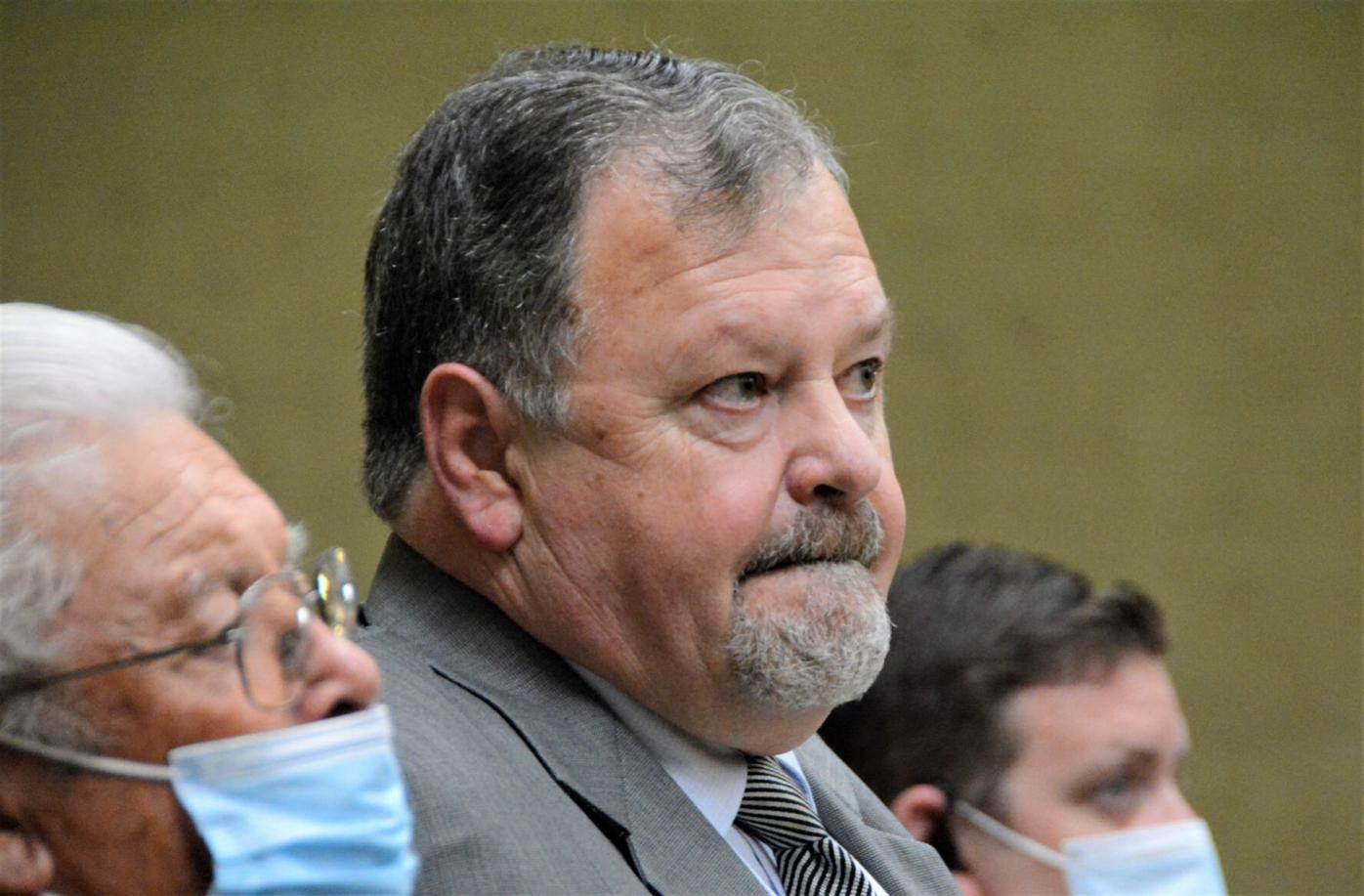 Attorney Harold Mesick, center, listens to testimony on Tuesday during day six of the preliminary hearing for his client Ruben Flores, left.

Paul Flores, left, and his attorney Bob Sanger, right, during day six of Flores' preliminary hearing on a charge of first degree murder in the death and disappearance of Cal Poly student Kristin Smart.

Attorney Harold Mesick, center, listens to testimony on Tuesday during day six of the preliminary hearing for his client Ruben Flores, left.

A former girlfriend of Paul Flores on Tuesday described the experience she had with him years ago when she walked out the backdoor of Ruben Flores’ White Court residence in Arroyo Grande and into the backyard, where a patch of avocado trees was located.

The witness, a woman from Lawndale with dark colored hair who was identified during the hearing only as “Angie Doe,” recalled walking towards the trees and being greeted by the family’s five golden retrievers before Paul and Ruben Flores redirected her away from the trees and toward the front of the house.

The moment occurred sometime between 2002 and 2004, when she dated Paul Flores and went to visit his parents’ homes in Arroyo Grande.

She said she didn’t realize the encounter's significance until one or two years later, after they broke up and she learned from the internet that Paul Flores was a person of interest in the disappearance of former Cal Poly student Kristin Smart, who went missing on May 25, 1996.

'Kristin Smart is no longer alive': Witness recalls details at time of disappearance

After Margarita Campos and some friends contacted the Cal Poly Police Department on May 25, 1996 to report Kristin Smart missing, Campos remembered the flurry of information given to the responding officer during the group interview.

Doe was one of five witnesses who testified during the sixth day of the preliminary hearing for Paul and Ruben Flores in San Luis Obispo County Superior Court.

Paul Flores, 44, of San Pedro is charged with Smart's murder. His father, 80-year-old Ruben Flores, of Arroyo Grande, is charged with accessory to murder after the fact and accused of hiding Smart’s body. Smart was declared legally dead in 2002 and her body has never been found.

The two were arrested April 13 and charged the next day, following search warrants in March and April which allowed Sheriff's Office investigators to excavate portions of Ruben Flores' backyard and an area under the deck. Both have pleaded not guilty.

Chris Lambert, an Orcutt native who produces the "Your Own Backyard" podcast and focuses on the Smart investigation, nearly became a witness when he was subpoenaed by defense attorney Bob Sanger to testify. Sanger cited his contact with at least three of the witnesses for his podcast.

“That’s more than being a journalist,” Sanger said. “That’s getting involved.”

Judge Craig Van Rooyen, who presides over the hearing, shot down Sanger’s subpoena, however.

Moon was called to testify about an alleged statement by Paul Flores regarding how he received a discoloration under his right eye days after Smart went missing.

In interviews with investigators, Paul Flores said he received the black eye when he was elbowed in the face during a basketball game with Moon, but later said he received it changing a stereo in his truck.

“He said he woke up with it,” Moon testified.

Sanger and Harold Mesick, Ruben Flores’ attorney, continued questioning Cole about other possible suspects. Cole was asked if there could be an innocent explanation for why he considers Paul Flores a suspect.

“That’s part of keeping an open mind, [it's] looking at everything and determining your belief of the stuff [of] whatever it is you're looking at,” Cole said.

At one point, Sanger accused Cole of bias against his client because of a purple tie Cole included with his suit, saying it was worn in solidarity with Kristin Smart because he learned on the internet that it was her favorite color.

Neufeld testified about his forensic examination of Paul Flores’ Santa Lucia Hall dorm room on June 24, 1996, describing the use of alternate light sources to try and capture trace biological evidence, including fingerprints and body fluids such as blood or semen.

He acknowledged that the room was cleaned before his search, but said he was able to collect some items such as fibers and a portion of Paul Flores’ mattress where cadaver dogs had alerted investigators to the scent of human decomposition.

A portion of the mattress where the dogs alerted was collected, as well as a control sample, according to Neufeld.

Cole was questioned about the results of the DNA tests on the mattress inside Paul Flores’ dorm room, saying that one test could not include or exclude Smart, and the others were inconclusive. Results of recent tests were not available, Cole testified.

The last witness called Tuesday was Morris, who trains dogs to search for human remains, including the bones, teeth and stages of decomposition.

Cholla, a border collie and one of Morris’ dogs at the time, was one of the cadaver dogs who allegedly alerted to Paul Flores’ mattress during the June 29, 1996 search.

Morris acknowledged that other dog handlers were on location but denied coordinating with them prior to the search, saying only information on hazards and environmental data are shared.

She also admitted that, like humans, dogs also make mistakes.

“There can’t be any influence from another person, [the search] is done completely by the dog,” Morris said. “When, blindly, multiple dogs do the same thing, that’s pretty powerful evidence, we believe, that the dogs recognize what they’ve been trained to do.”

The preliminary hearing continues for the seventh day on Wednesday at 9 a.m. in Department 5 of Superior Court.