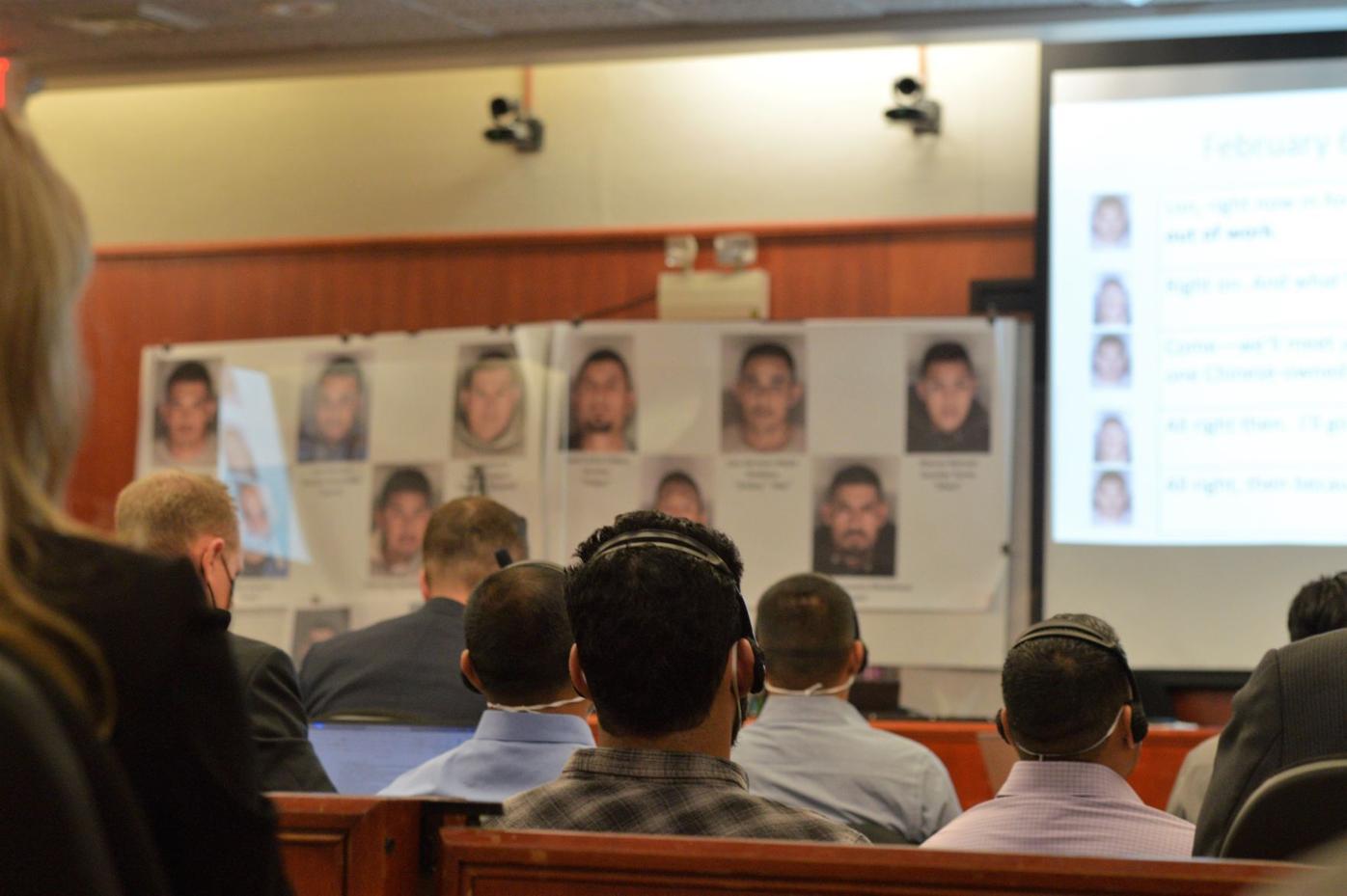 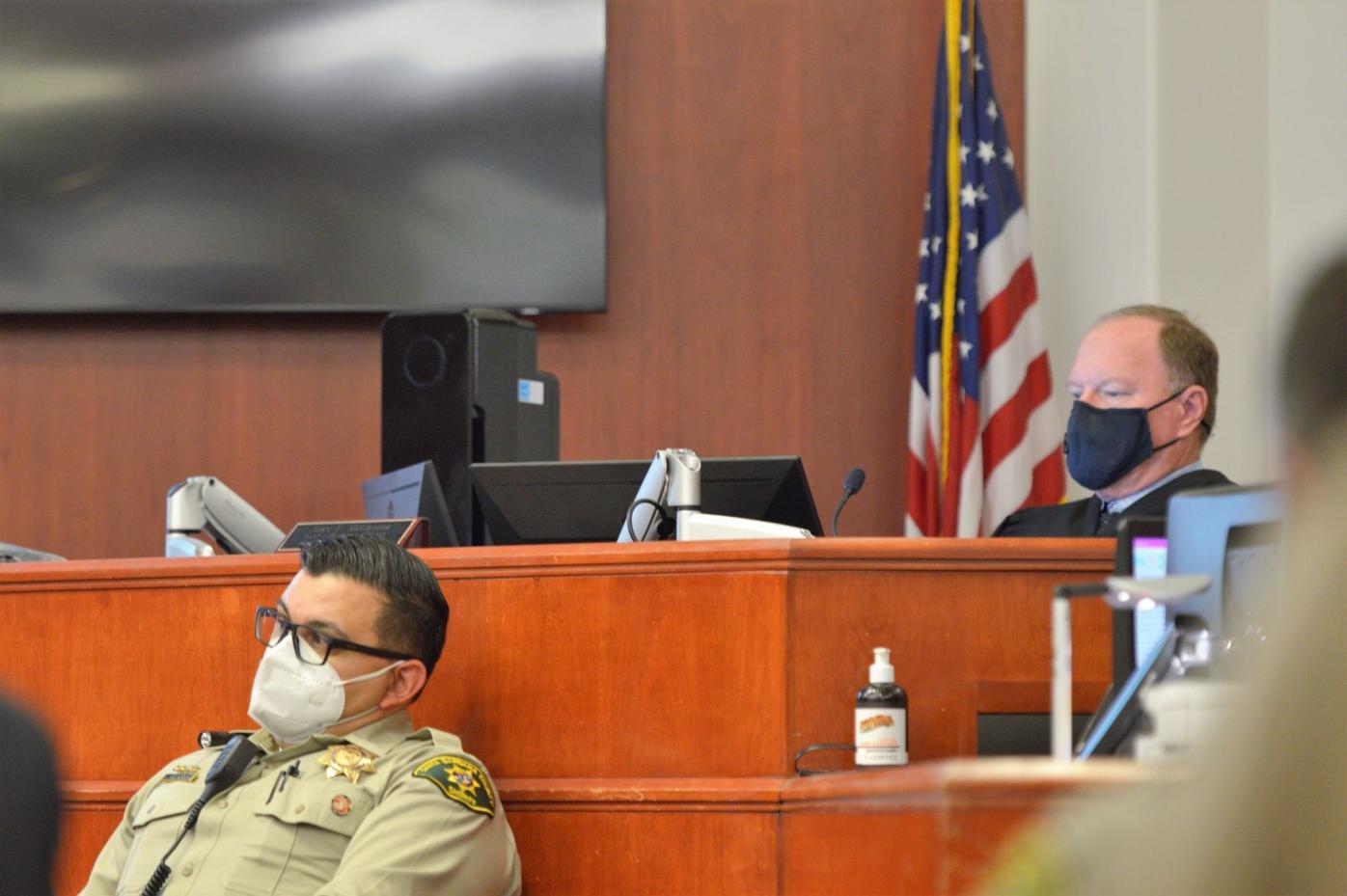 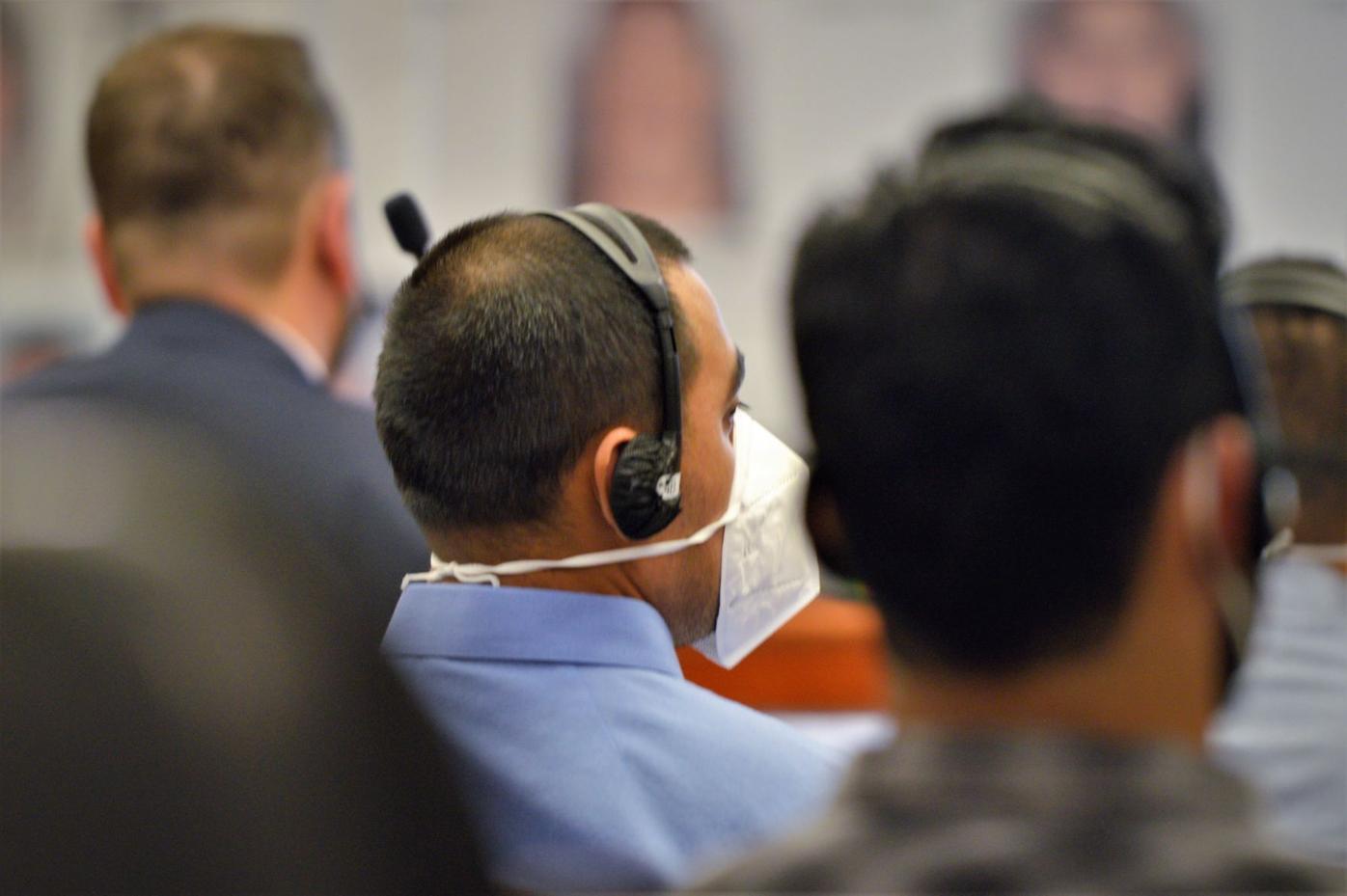 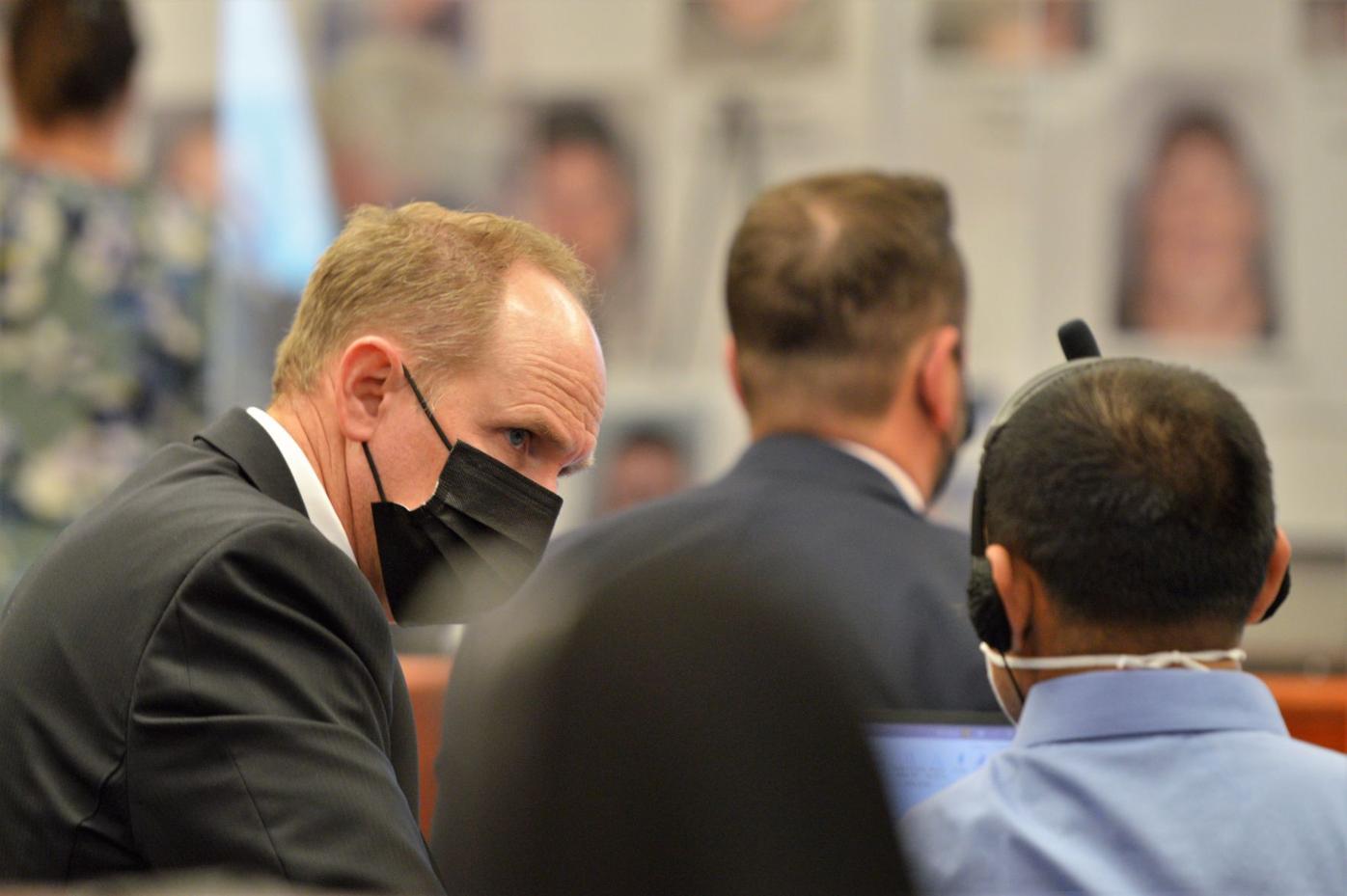 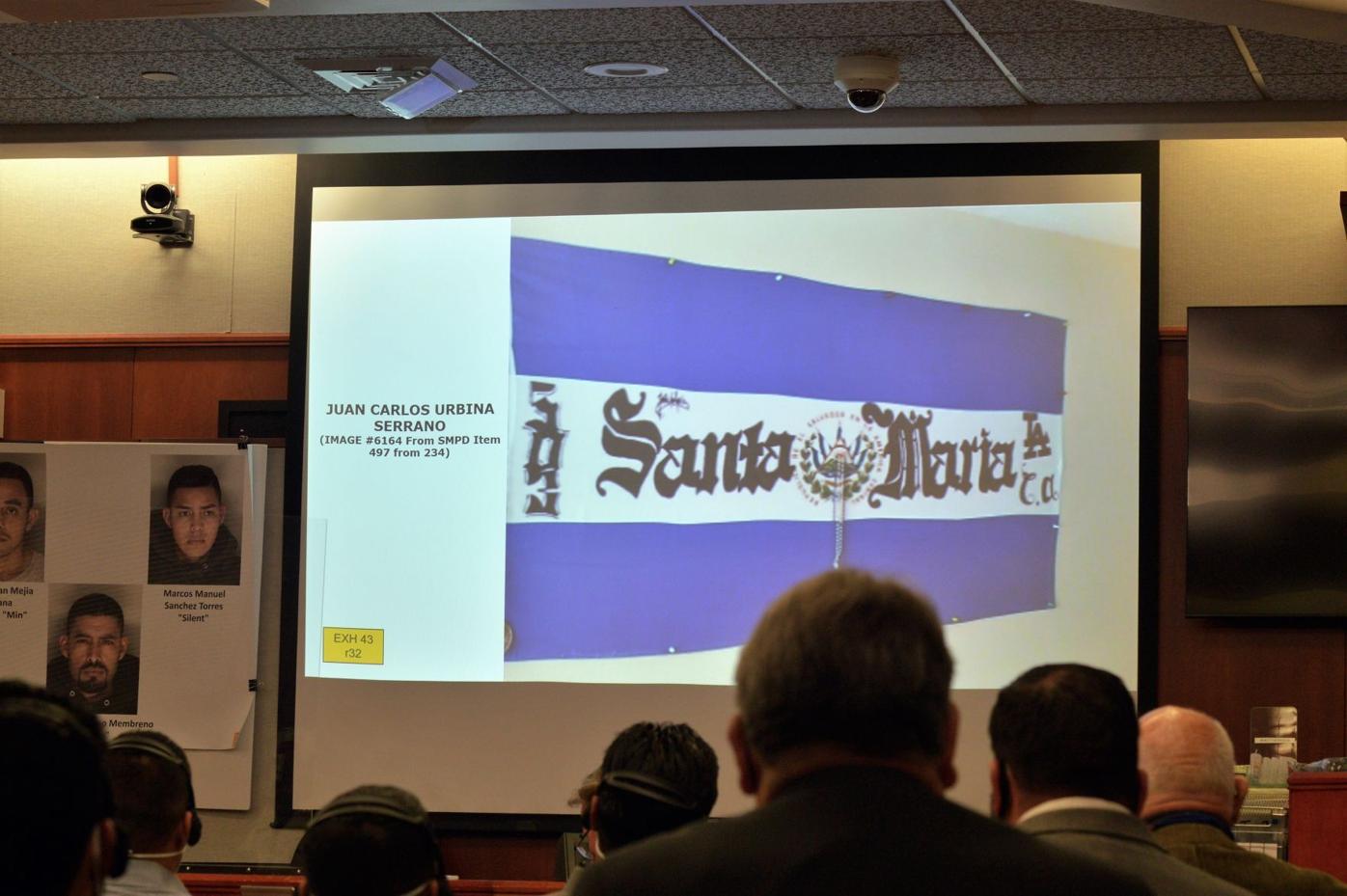 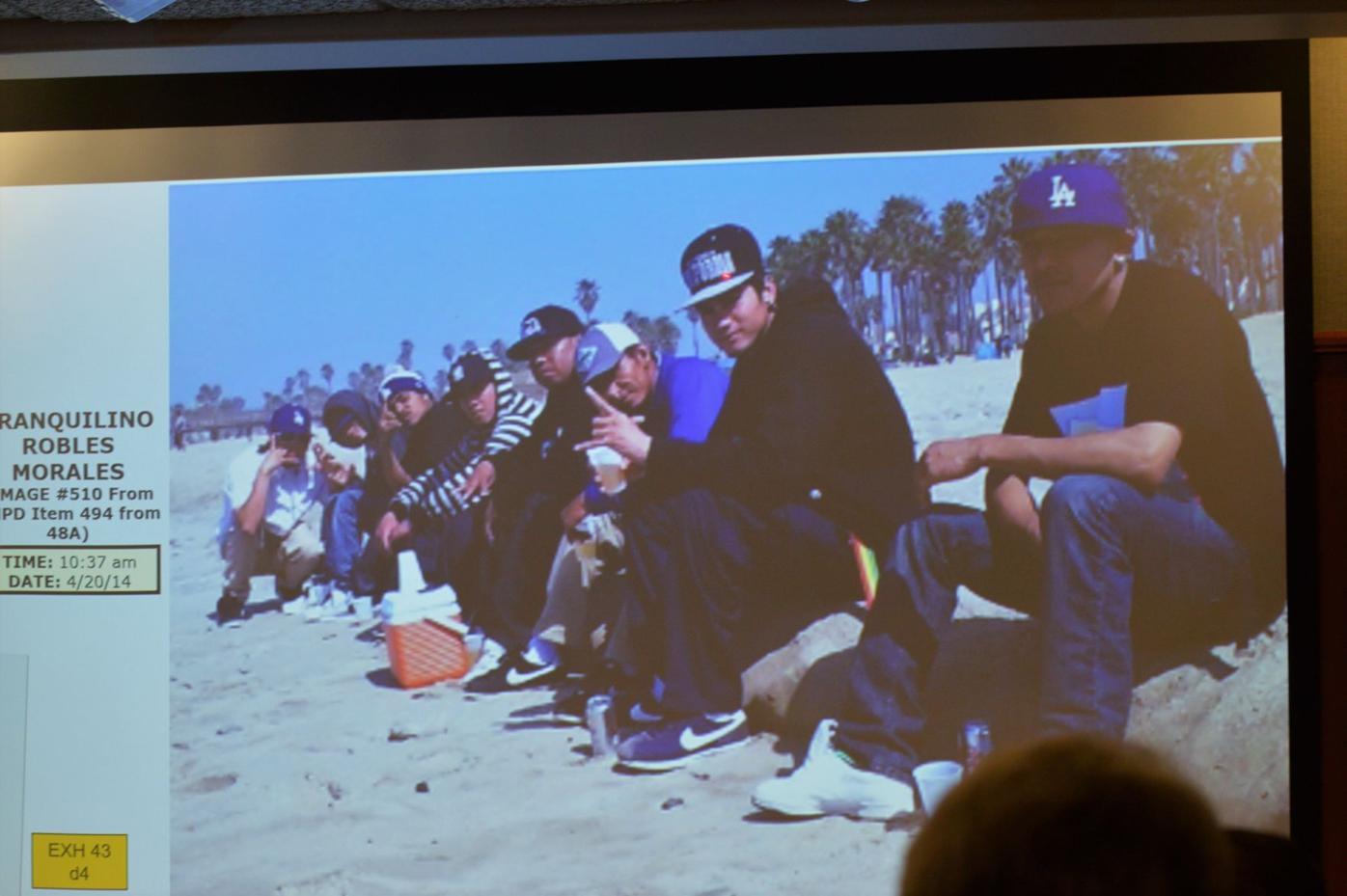 Just before opening arguments commenced Wednesday in the MS-13 gang murder trial, members of the prosecution team tore down several white sheets of paper taped together to reveal a blown-up display with the mugshots of each of the 10 defendants at the front of the courtroom.

Santa Barbara County Senior Deputy District Attorney Ann Bramsen, who is leading the prosecution team, opened her arguments by briefly describing the last moments of life for each of the defendants' alleged victims, including juveniles, several of whom were alleged rival gang members.

Bramsen began with 25-year-old Michel Raygoza Hernandez, who was shot multiple times near the intersection of Curryer and Mill streets on Jan. 8, 2013 and died at a local hospital.

“Michel Hernandez took his last breath in the emergency room at Marian Medical Center,” Bramsen said. ”He died as a result of gunshot wounds by two assailants.”

A Santa Barbara judge last week rejected a motion to recuse himself after a prosecutor accused him of making disparaging remarks regarding an MS-13 gang murder trial that is scheduled to begin on Monday, according to records.

Bramsen then described the remaining nine people who were killed, in addition to several others who were allegedly shot and injured by the defendants, before the 12-member jury and an alternate jury of 12, whose members included 15 men and nine women.

The trial, which formally began on July 12 with evidentiary motions, included a months-long jury selection process that initiated in August and concluded earlier this month.

They are the first five of the 10 defendants to stand trial, and are each charged with multiple counts of murder, conspiracy and gang enhancements.

Judge John McGregor on Dec. 20, 2019 split the defendant pool into two groups after ruling a fair trial could not proceed because the courtroom was too small to hold all 10 defendants, their attorneys and interpreters.

All 10 were arrested as part of a 2016 sting and are accused members of MS-13, which is described as a violent transnational criminal organization. All defendants have pleaded not guilty.

The case was set to begin in March 2020, but the COVID-19 pandemic delayed the trial for more than a year and a half.

Inside the Santa Maria courtroom Wednesday, coronavirus protocols were in place, including masking, social distancing and clear, plastic dividers between some individuals in order to prevent spread of the disease.

Speaking through her mask, Bramsen presented evidence against the defendants, which included crime scene photos of the alleged victims, text message conversations and a YouTube music video uploaded by one of the defendants glorifying the local MS-13 clique, identified as Santa Maria Little Salvy, and each of their members and their monikers.

Bramsen proceeded to describe the deaths of several more alleged victims, including 25-year-old Modesto Melendez, who was killed May 16, 2015 in the 400 block of West Williams Street. Bramsen said Melendez had driven to the location in his car, lured by the defendants under the auspices of "meeting the girl of his dreams" after allegedly chatting with her on Facebook, although the address he was given to meet her was fake, according to Bramsen.

"His assailants were lying in wait," Bramsen said. "They walked up to the car and fired multiple rounds, killing [Melendez] where he sat."

Bramsen said evidence recovered from the scene of each shooting included bullet casings fired from several different firearms, including a Hi-Point 9-millimeter handgun that was used in several killings.

Bramsen described MS-13's history, with origins in the Salvadoran Civil War starting in 1979. The war pushed migrants north to Los Angeles, where early members banded together over their love of rock music and to defend against Barrio 18, or the 18th Street gang, MS-13's arch rivals, according to Bramsen.

Ultimately, the gang formed a clique in Santa Maria, following growing seasons and forming allegiances with the Mexican Mafia along the way and establishing connections with cliques in Los Angeles, Mendota, Salinas, Ohio, Virginia and El Salvador.

The trial resumes at 8:30 a.m. Thursday in Department 8 of Santa Maria court.