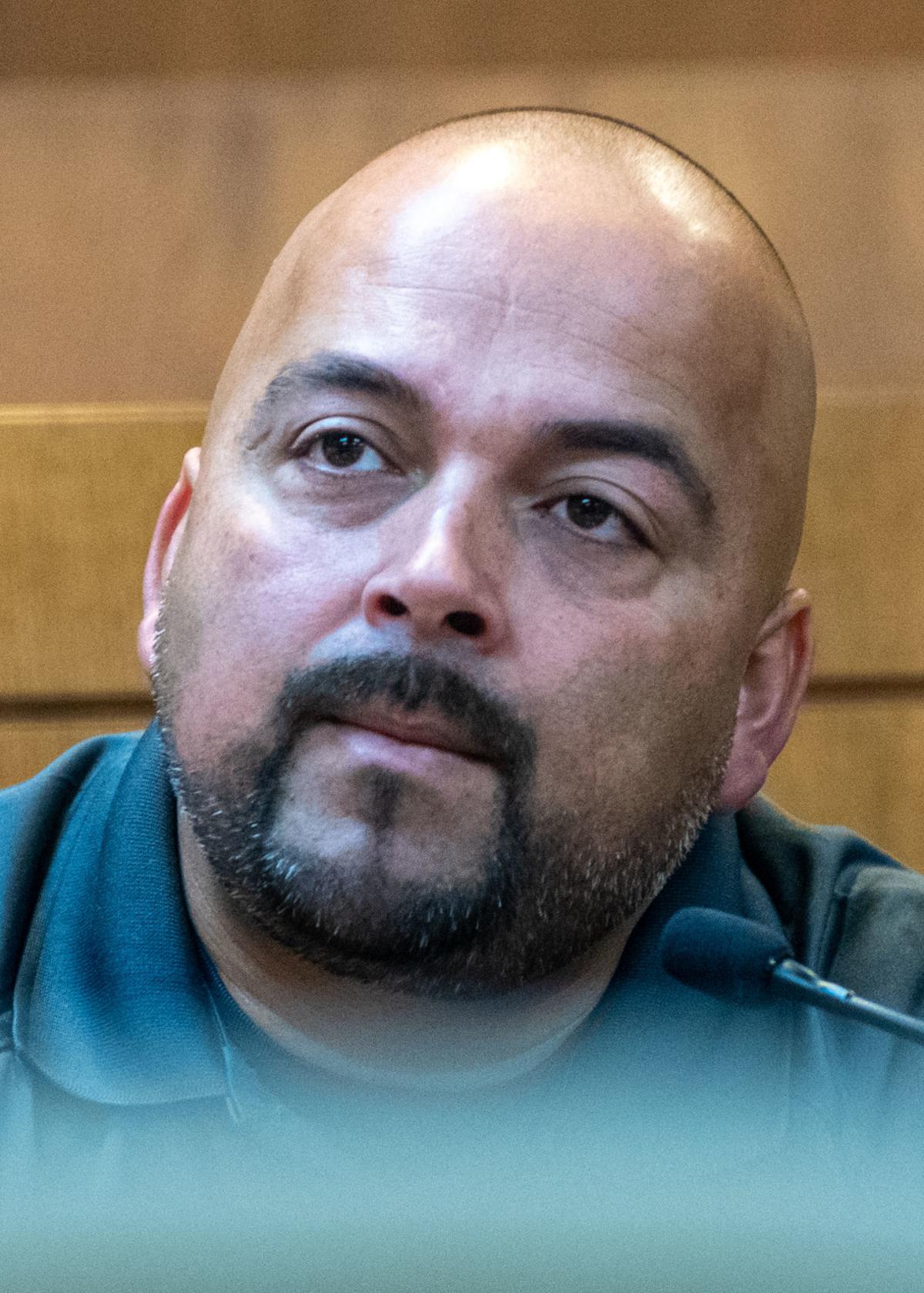 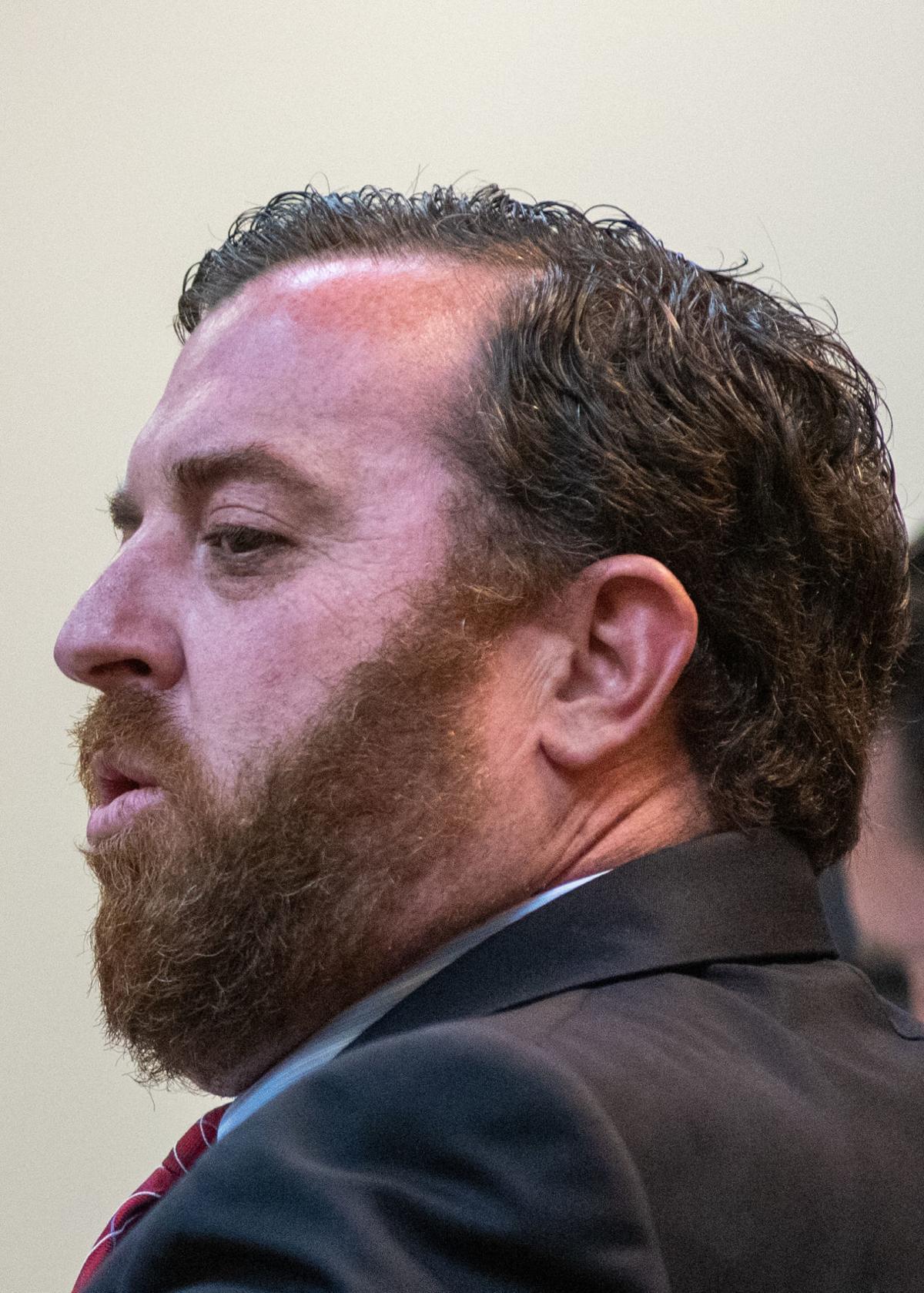 A man accused of fatally stabbing a transient during an April 2018 incident at Lompoc dog park will stand trial for murder, a Santa Barbara County Superior Court judge ruled in Lompoc on Friday.

Whalen is scheduled to appear in Superior Court in Santa Maria on Monday, Aug. 12 for his arraignment on the charges, which include one felony count of murder and a special allegation for the use of a knife.

Lompoc Police Sgt. Agustin Arias, who testified Friday as a witness for prosecutor Benjamin Ladinig, said "GPS tracks" of Bennett's whereabouts provided by the Santa Barbara County Probation Department gave investigators a glimpse of his location and actions prior to his death on April 3.

"It's pretty much a tracker of his day-to-day activity," said Arias, who explained the technology routinely registers Bennett's location over time.

GPS data and surveillance footage shows him at a McDonald's in the 800 block of North H Street roughly an hour before the first call to dispatch was placed.

He subsequently left the fast-food restaurant and traveled north on H Street, walked through a nearby canal and proceeded to follow a walking trail into Barkin Park.

GPS tracks left between 6 and 6:20 a.m. show Bennett in and around the area of the dog park.

"He has a heavy concentration of tracks right around the play structure, and then you see him moving away," Arias said, adding that other tracks correspond with the location of a large pool of blood and condominiums on Barton Avenue.

Bennett called emergency dispatch at 6:22 a.m. and told them "he was bleeding to death and needed an ambulance."

He was treated by paramedics for multiple stab wounds and transported to Marian Regional Medical Center in Santa Maria, where he later died.

Arias said medical examiner Manny Montez observed seven stab wounds — ranging in depth from 1.5 to 4 inches — on the left side of Bennett's upper, mid- and lower back, buttocks and calf during the autopsy.

Three fatal stab wounds reportedly punctured Bennett's lung, and one penetrated his spleen, according to Arias.

A defensive wound was also found in the webbing between Bennett's left thumb and index finger, and a three- to five-inch bump was found on the back of his head.

No weapon was found at the scene, and Whalen was not considered a suspect until later in the investigation.

Although Bennett was known to associate with gang members, Arias told Forsyth police did not consider him an active gang member.

"He said he had been jumped, and we started to look at the possibility of him being jumped because that's all we had to go on at that point," Arias said when asked if the incident was ever investigated as being gang-related.

According to Arias, Whalen was identified after two sources — whose identities were withheld during the hearing — contacted police investigators with information allegedly linking him to the stabbing.

He was arrested May 25 on suspicion of murder, and although Whalen originally denied involvement during two interviews with police, Arias said he "took responsibility for his actions" on May 29.

"He was sleeping in the park and he was awakened by Mr. Bennett over his body," Arias said, recounting Whalen's interview. "He said he would sleep with a knife in his hand. When he woke up, he felt this body over the top of him ... at which point he stabbed Mr. Bennett."

Whalen reportedly told Arias that he gathered his belongings from the play structure after the stabbing and departed for Ryon Park.

He allegedly disposed of the knife on his way to Ryon Park, and reportedly abandoned his clothes in a dumpster.

Under questioning by Forsyth, Arias said the two witnesses told investigators that Whalen did not take pleasure or delight in what allegedly occurred in the dog park.

One of the witnesses, according to Forsyth, told investigators that Whalen "was in a dark place."

"I believe she said that Mr. Whalen thought that he was being robbed," Arias said in response to Forsyth's questions regarding statements made by one of the witnesses.

Since last fall, the city of Santa Maria has worked to facilitate talks between mobile home park residents and park owners in an effort to pre…