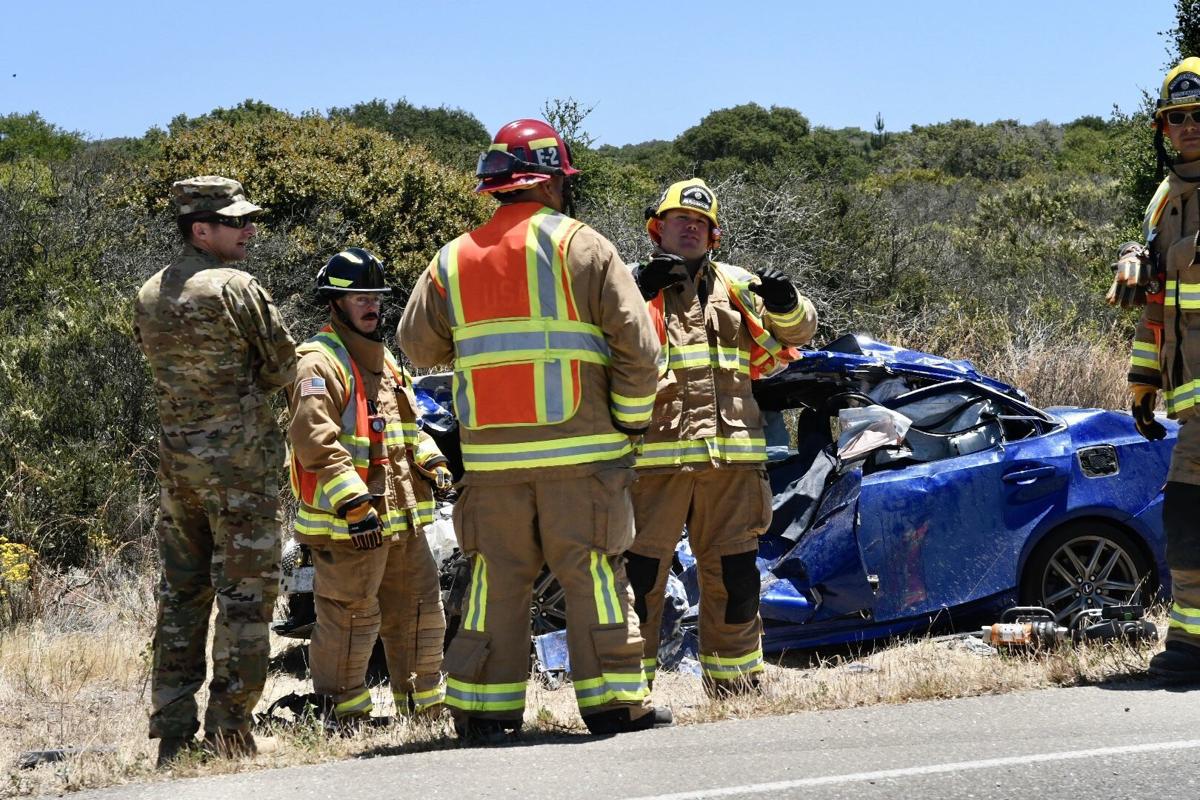 A Lompoc man on Tuesday pleaded not guilty to federal charges related to a fatal head-on collision on Vandenberg Air Force Base that killed a Santa Maria man and seriously injured his passenger, according to a U.S. Attorney's Office spokesman.

Michael James Culligan, 29, was indicted on three counts, including involuntary manslaughter, driving under the influence of narcotics causing bodily injury, and hit-and-run causing death after crashing a stolen Jeep into a Lexus on Santa Lucia Canyon Road shortly before 12:30 p.m. June 15.

The crash killed 35-year-old Michael Daniel Martinez and seriously injured his passenger, a 37-year-old woman who hasn't been identified, according to an Air Force spokeswoman.

Culligan remains in custody at the Metropolitan Detention Center in Los Angeles after a federal judge called him a serious flight risk and issued a June 17 order calling for his detention, according to court documents. A bail amount was not set. 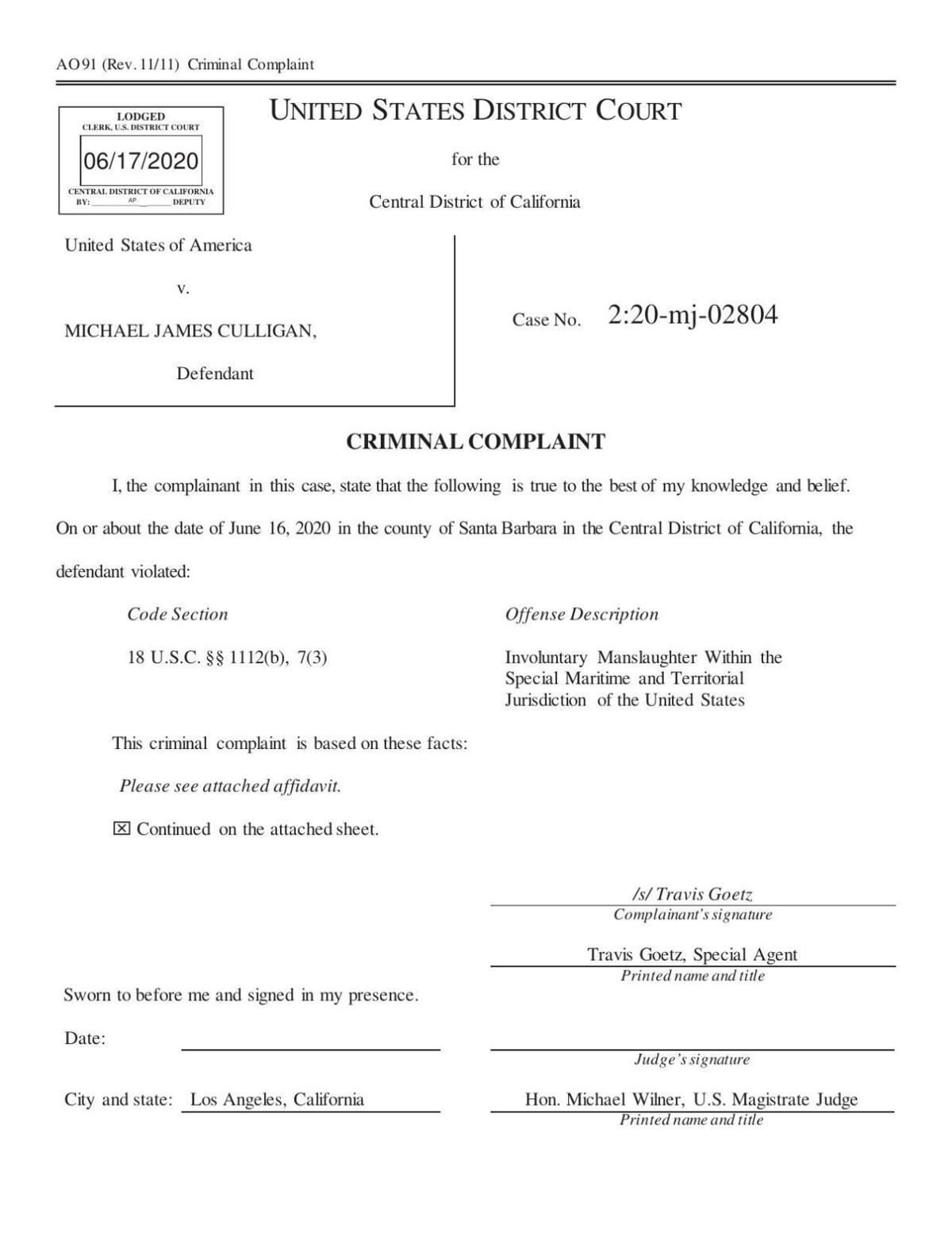 Because the incident occurred on base property, Culligan was charged federally.

Culligan was driving a stolen, gray 2019 Jeep in the southbound lane when he smashed head-on into the blue 2016 Lexus driven by Martinez, who was pronounced dead at the scene, according to California Highway Patrol Officer Keith Rogers.

Culligan fled the scene before law enforcement arrived and was apprehended three hours later at the Lompoc-Surf train station 1.5 miles away from the crash location.

He admitted to using drugs before driving, according to a federal complaint.

A Carmel woman was arrested Tuesday after reportedly leading California Highway Patrol officers on a vehicle pursuit from Paso Robles to Santa Maria in a stolen landscaping truck towing a trailer.

A Nipomo man and an Arroyo Grande woman were arrested Wednesday in connection to a shooting death that occurred in Grants Pass, Oregon Tuesday, according to police.

4 arrested in 2 police pursuits that ended near Santa Maria

A fire early Monday destroyed four vehicles, including a motorhome, near a residence on North School Street in Santa Maria.

A Lompoc man was arrested Monday on suspicion of murder in the shooting death of 35-year-old Kevin Najarro on West El Camino Street in Santa Maria.

A jury trial for a group of alleged MS-13 gang members accused of murder and other charges is slated to begin May 3 after a Santa Barbara County Superior Court judge on Friday approved a motion filed by the prosecution.

Lompoc Police are investigating two separate, but apparently unrelated shooting incidents that occurred Saturday, including one in which a suspect fired several bullets towards a crowd of people.