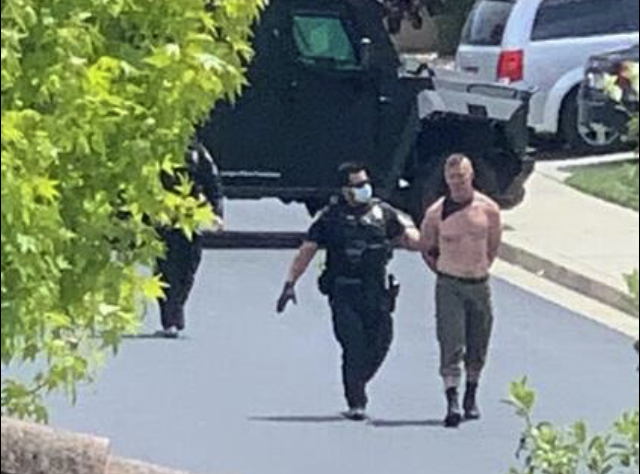 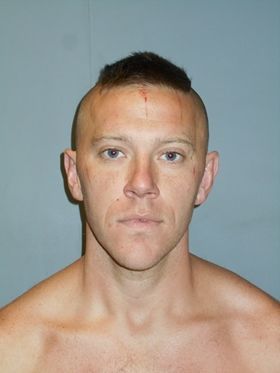 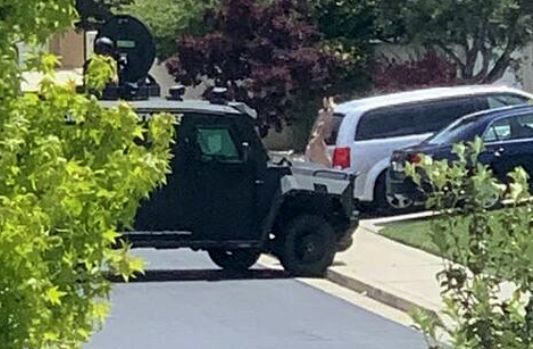 Lompoc police arrest a man on domestic violence charges Wednesday after he reportedly barricaded himself inside a Lompoc home, which led to shelter-in-place recommendations for the neighboring houses.

A 31-year-old man was arrested on domestic violence charges after reportedly barricading himself inside a Lompoc home — which led to shelter-in-place recommendations for the neighboring houses — for more than 45 minutes Wednesday morning.

Cameron Writt was apprehended by officers with the Lompoc Police Department and booked into the Lompoc City Jail.

The Lompoc Police Department reported that it responded to a domestic violence call just before 10:30 a.m. at a residence in the 500 block of Brookside Drive. The alleged victim reportedly told police that she had been involved in an argument with Writt, her husband, that turned physical.

“The victim had visible marks indicating that a recent physical altercation had occurred, but did not require medical attention,” read a portion of an incident report from the Lompoc Police Department. “The victim also disclosed that her husband had made repeated statements indicating his desire to be injured or killed and told officers that there was a legally owned and registered handgun inside the residence, as well.”

Officers made several attempts to contact the suspect by telephone, according to police, but those calls went unanswered.

“Neighboring residences were eventually requested to shelter-in-place via the Reverse 911 system and a perimeter was established,” the Lompoc Police Department reported. “The department's armored rescue vehicle was deployed and announcements requesting the suspect's surrender were made via the vehicle's public address system for over 45 minutes before the suspect eventually walked out of the residence and surrendered to officers without incident.”

A Santa Maria woman was charged with trafficking firearms for the Aryan Brotherhood gang Friday following a federal multi-agency sting operation that yielded more than 60 arrests across three states.

A murder charge and three enhancements were upheld against a Santa Maria woman accused of killing a 53-year-old man and tossing his dismembered remains in a Nipomo golf course pond in 2018.

Santa Barbara County sheriff’s investigators are looking for a man who sexually assaulted a female hiker Nov. 8 on the Aliso Trail in Santa Yn…

Lights and Sirens in the Santa Ynez Valley

The following is taken from the Santa Barbara County Sheriff's Department media report for the Santa Ynez Valley patrol.

A Los Angeles woman was arrested Monday on suspicion of assault with a firearm after allegedly shooting at passing motorists along Highway 101 in Santa Maria, prompting police to close a portion of the freeway and divert traffic through the city for several hours.

Three men and eight juveniles were arrested on suspicion of illegally using firearms following several reports of shootings in Lompoc since October amid a recent uptick in gang-related crimes.

Santa Maria Police Department is seeking the public’s help to locate a suspect in an attempted homicide of a police officer and carjacking that took place Saturday afternoon in the 200 block of East Grant Street.

Lompoc police arrest a man on domestic violence charges Wednesday after he reportedly barricaded himself inside a Lompoc home, which led to shelter-in-place recommendations for the neighboring houses.