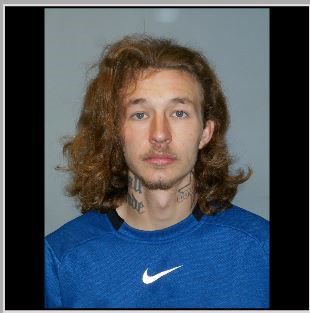 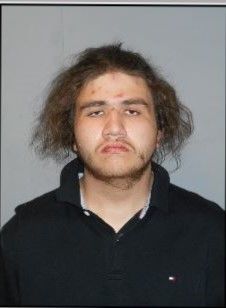 A Lompoc man on Wednesday was charged in connection to the fatal shooting of an 18-year-old woman after he allegedly tried to tamper with evidence, according to a police spokesman.

Robert James Scott, 23, was charged with accessory to murder after the fact in relation to death of Sarah Stoffle, who was allegedly shot at a residence in the 300 block of North Y Street on March 25.

The victim's reported boyfriend, Brenden Lee Terry, 20, of Lompoc was arrested on the day of the shooting and later charged with murder, according to Lompoc Police Sgt. Agustin Arias.

Additionally, Terry received an enhancement of intentionally discharging a firearm.

Brenden Michael Terry, 20, is accused of shooting and killing 18-year-old Sarah Stoffle. Terry was initially arrested by officers with the Lompoc Police Department on March 25, the day of the alleged shooting.

Terry reportedly used a sawed-off shotgun in the shooting, according to the amended criminal complaint.

Upon further investigation, Lompoc Police determined that Scott attempted to assist Terry in tampering with and removing evidence, Arias said.

Scott, who had been released on bail in an unrelated felony case, was added as a co-defendant in the murder case along with Terry.

Scott appeared in Superior Court in Santa Maria on Wednesday and entered a plea of not guilty. His bail was set at $1 million.

Terry appeared Monday in Santa Maria Superior Court and entered a not-guilty plea to one count of murder. His bail was set at $3 million.

Both Terry and Scott are scheduled to appear for a preliminary hearing on April 23 at Superior Court in Lompoc.

An arrest warrant was issued Friday for a Lompoc man who is a wanted on suspicion of felony gun possession and child endangerment stemming from an alleged domestic violence incident on North I Street.

A motion filed Friday by the Santa Barbara County District Attorney's Office asked a Superior Court judge to not reduce the bail for a suspect charged in connection to the alleged shooting death of a Lompoc teenager on March 25.