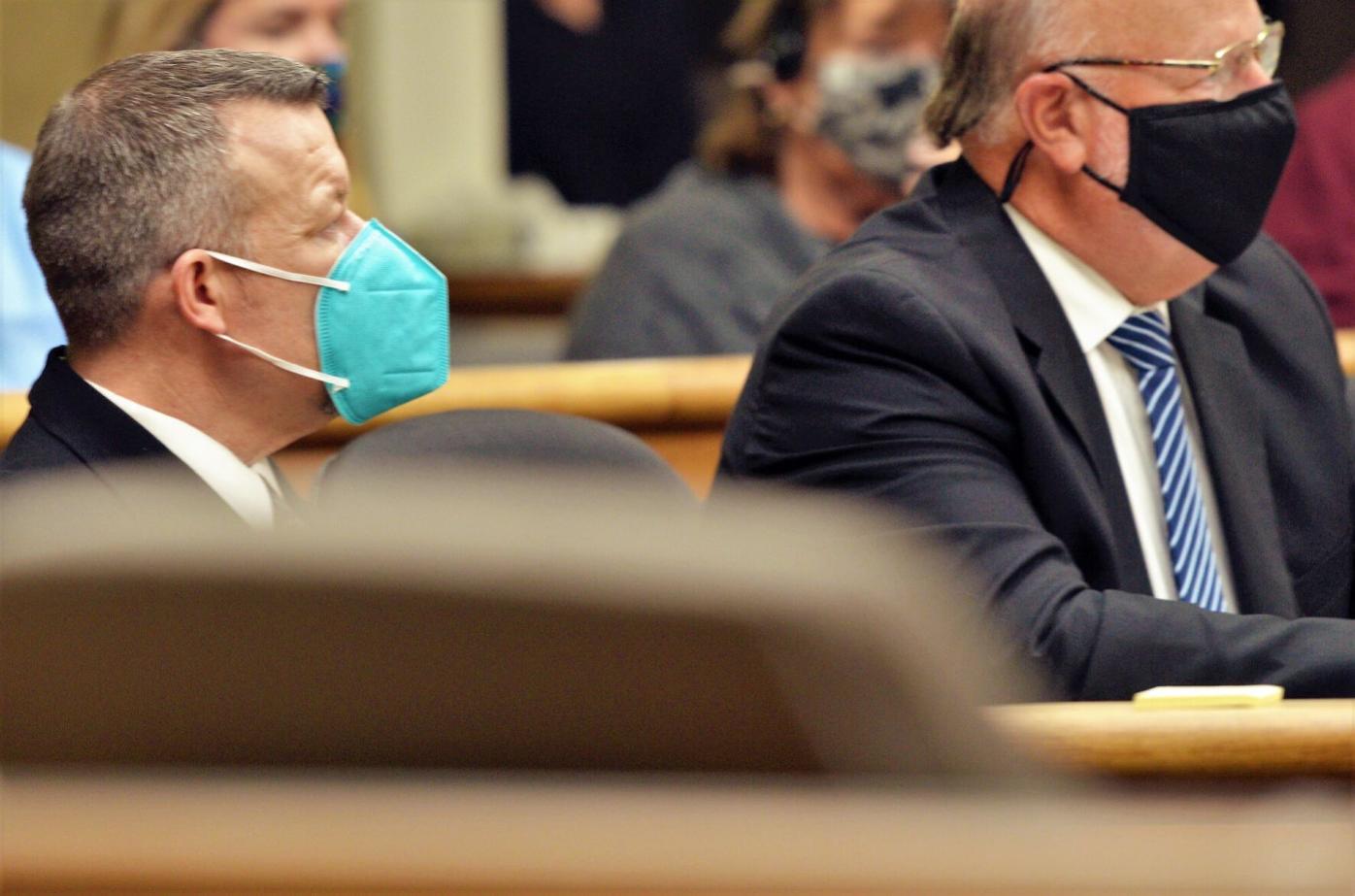 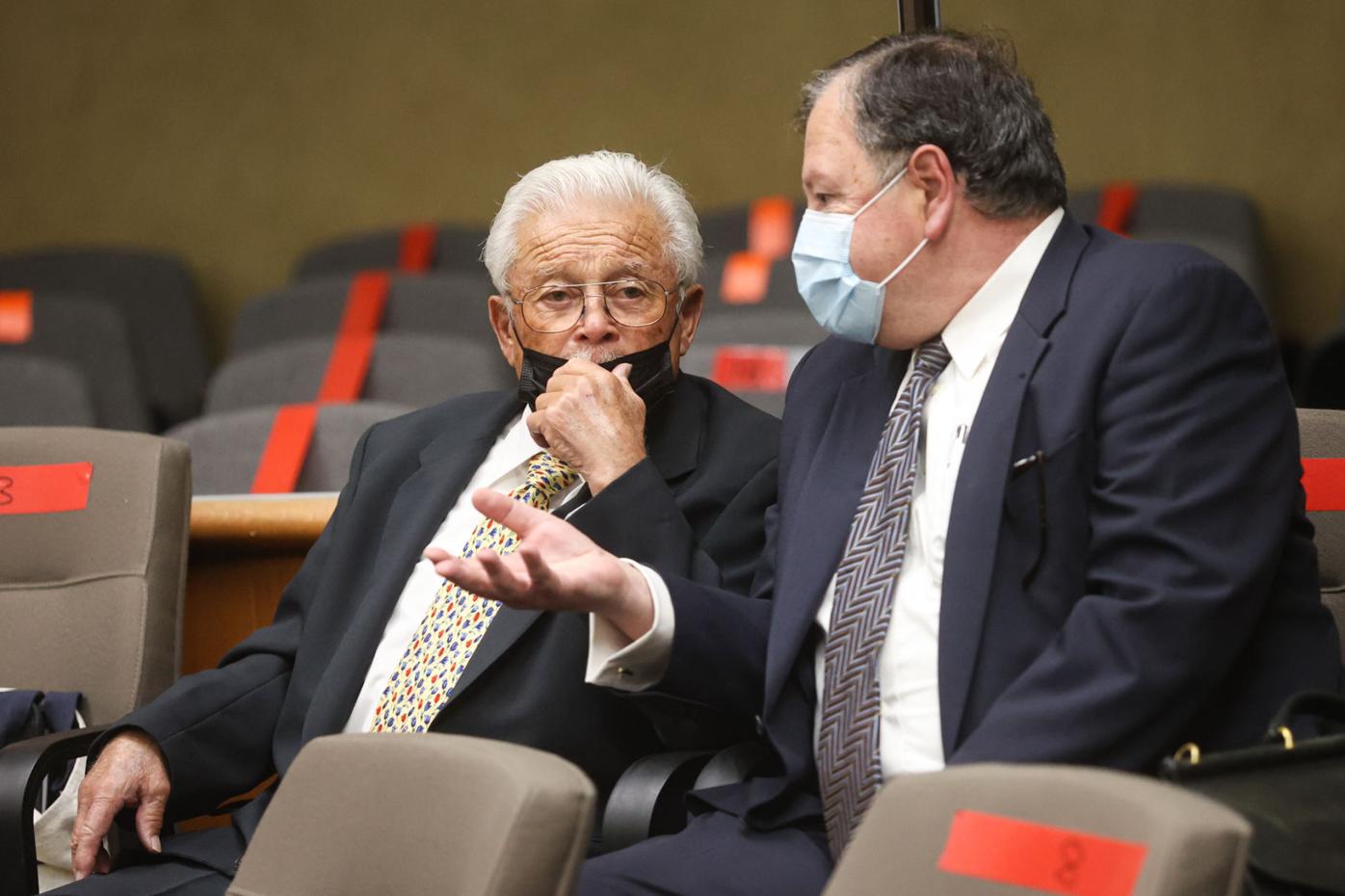 Ruben Flores talks to his attorney Harold Mesick after the ruling Sept. 22. Flores is accused of helping his son, Paul, cover up the alleged murder of Cal Poly student Kristin Smart. 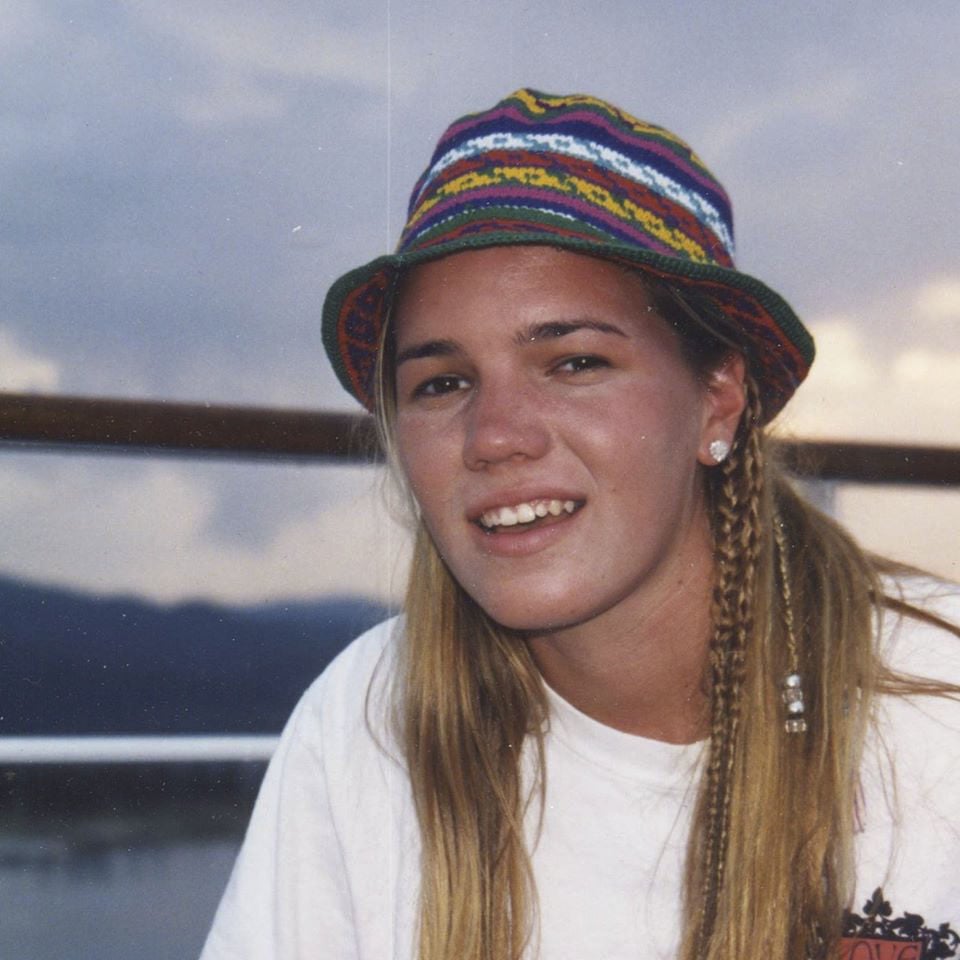 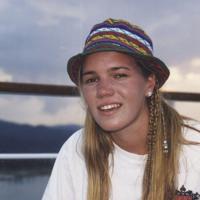 The father and son charged in the 1996 death and disappearance of Cal Poly freshman Kristin Smart pleaded not guilty for a second time during a hearing last week in which a judge also set a trial start date for April.

Paul Flores, 44, of San Pedro is charged with the first-degree murder of Smart. His father, 80-year-old Ruben Flores of Arroyo Grande is charged with accessory after the fact and is accused of burying Smart’s body under the backyard deck of his residence in the 700 block of White Court.

Both men appeared before San Luis Obispo County Superior Court Judge Craig Van Rooyen, who on Sept. 22 determined there was sufficient probable cause to uphold the charges after a lengthy preliminary hearing that began on Aug. 2.

The suspects had to enter pleas for a second time due to the fact that charges had to be refiled after being upheld in order for the case to proceed to trial. They initially pleaded not guilty on April 19.

Kristin Smart family on court ruling: 'We are now one step closer to justice'

The arraignment on information hearing held Oct. 20 began a 60-day countdown within which Paul and Ruben Flores are entitled to have a "speedy" jury trial. They both agreed to waive that right, however, and Van Rooyen set a tentative trial date for April 25.

A closed in-chambers conference between the judge, attorneys and the defendants lasting about an hour preceded the Oct. 20 hearing before the court was opened for the public portion of the hearing, which lasted a little less than 10 minutes.

During the hearing, Sanger said he picked the April trial date due to pretrial matters and “other issues that are going to come up” between now and the trial’s commencement.

Chambers discussions also included issues regarding sharing of discovery, according to Sanger, who added that he intends to file a motion to dismiss charges no later than Dec. 17.

Additionally, Sanger asked about whether the court will utilize Zoom for some, but not all future hearings, and the judge affirmed before setting a December court date.

An intoxicated Smart was last seen with Paul Flores near the intersection of Perimeter Road and Grande Avenue, just steps away from their dorms, at about 2 a.m. on May 25, 1996, according to witness Cheryl Manzer, who walked with them from an off-campus party before she split from the pair.

Smart was never seen again and was declared legally dead in 2002. Her body has never been found.

The investigation into Smart’s disappearance lasted nearly 25 years before the arrests of the suspects and included numerous search warrants, the use of wiretaps and an FBI informant.

Paul and Ruben Flores were arrested at their respective residences on April 13 and charged the next day following a series of search warrants at the White Court residence in March and April, including on March 15 and 16, when Sheriff’s Office investigators utilized cadaver dogs, ground-penetrating radar and an archeologist.

In addition to the murder charge, Paul Flores is accused of killing Smart while he tried to rape her in his Santa Lucia Hall dorm room, according to a complaint filed by District Attorney Dan Dow.

The dog handlers, ground-penetrating radar operator, archeologist, family and college friends were among the numerous witnesses called by Deputy District Attorney Christopher Peuvrelle to testify at the preliminary hearing, which also included evidence that soil samples taken from dig sites under Ruben Flores’ deck allegedly tested positive for the presence of human blood or bodily fluids, although tests did not indicate the presence of any DNA.

Jamilyn Holman, a neighbor of Ruben Flores, testified about a Feb. 9, 2020, occurrence in which she witnessed and took pictures of a trailer that was seen parked in the area near his house’s back deck and allegedly was used to transport Smart’s remains following a search warrant days earlier.

Paul and Ruben Flores are next scheduled to appear by Zoom for a pretrial conference at 8:30 a.m. Dec. 6 in Superior Court's Department 5.