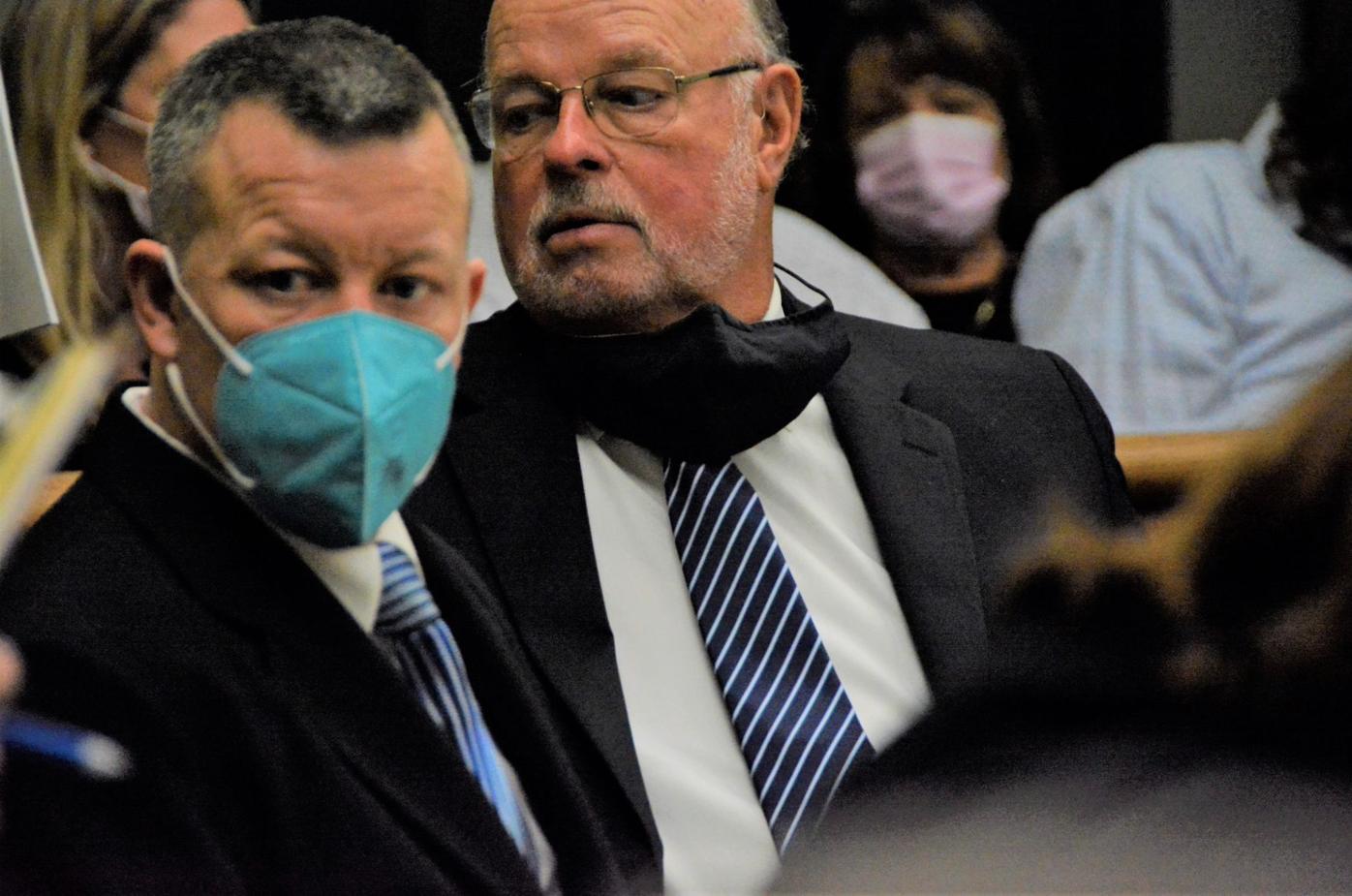 Paul Flores, left, with his attorney Bob Sanger, right, Monday during the fifth day of a preliminary hearing on the murder of Kristin Smart in San Luis Obispo County Superior Court. 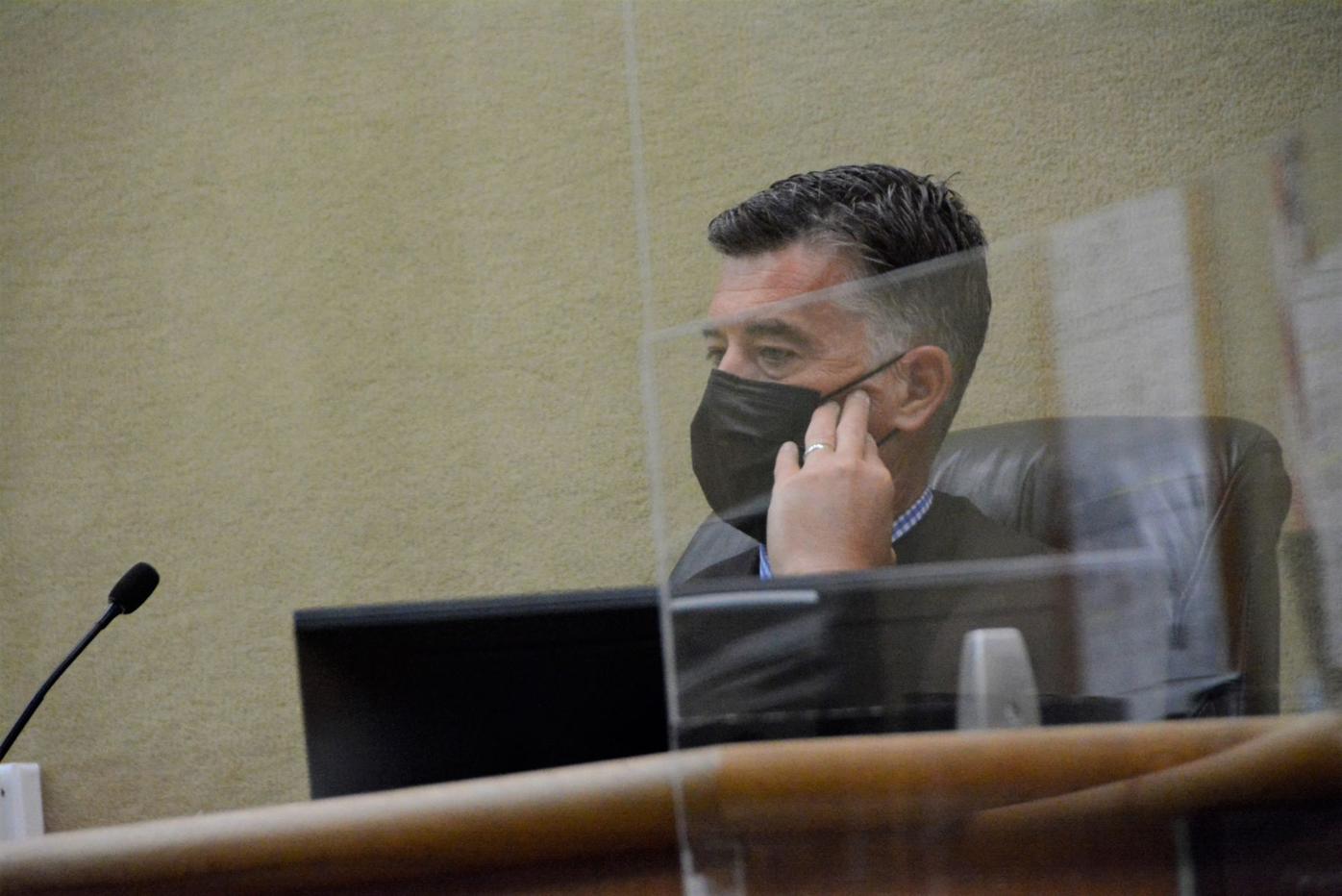 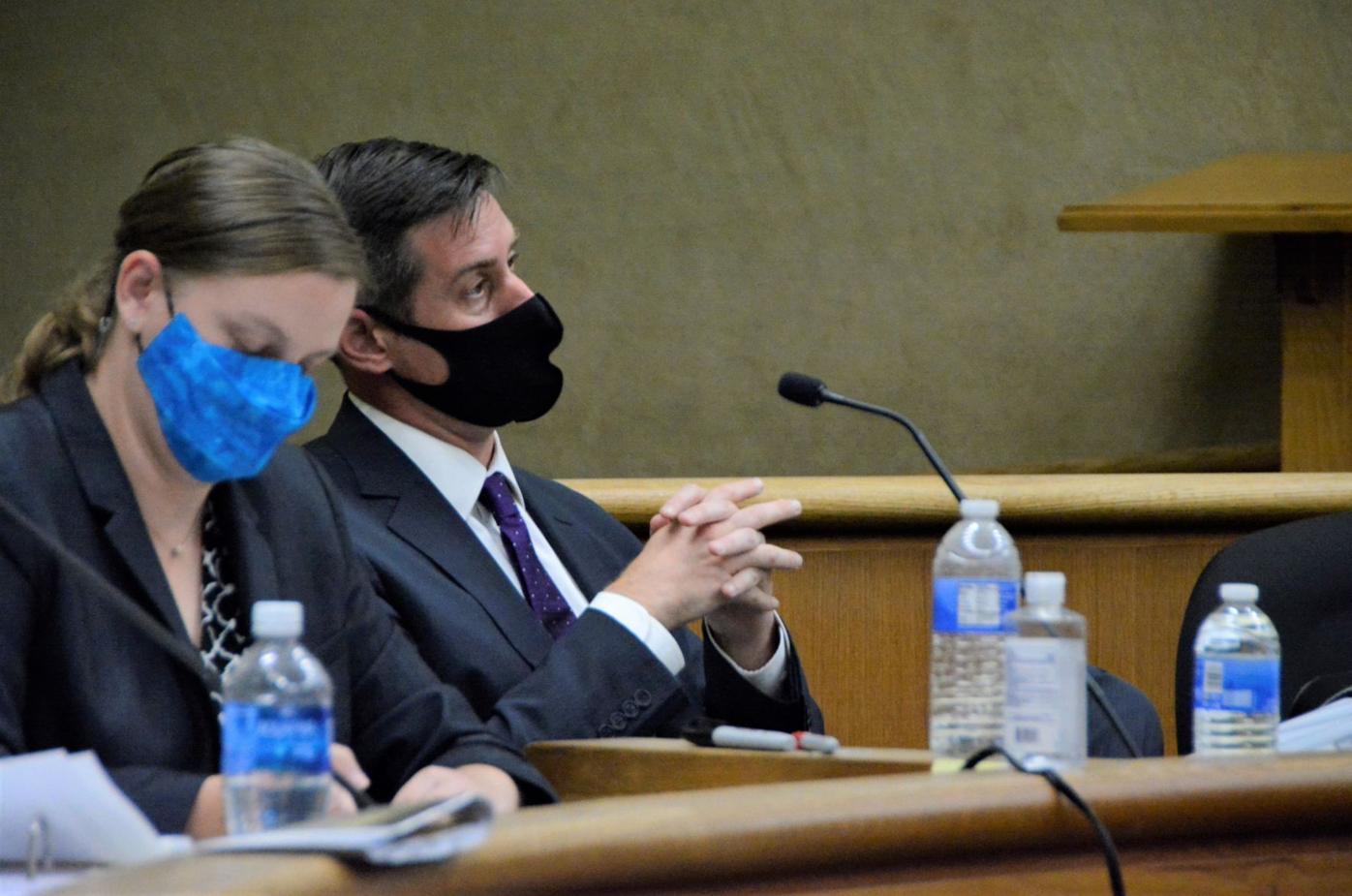 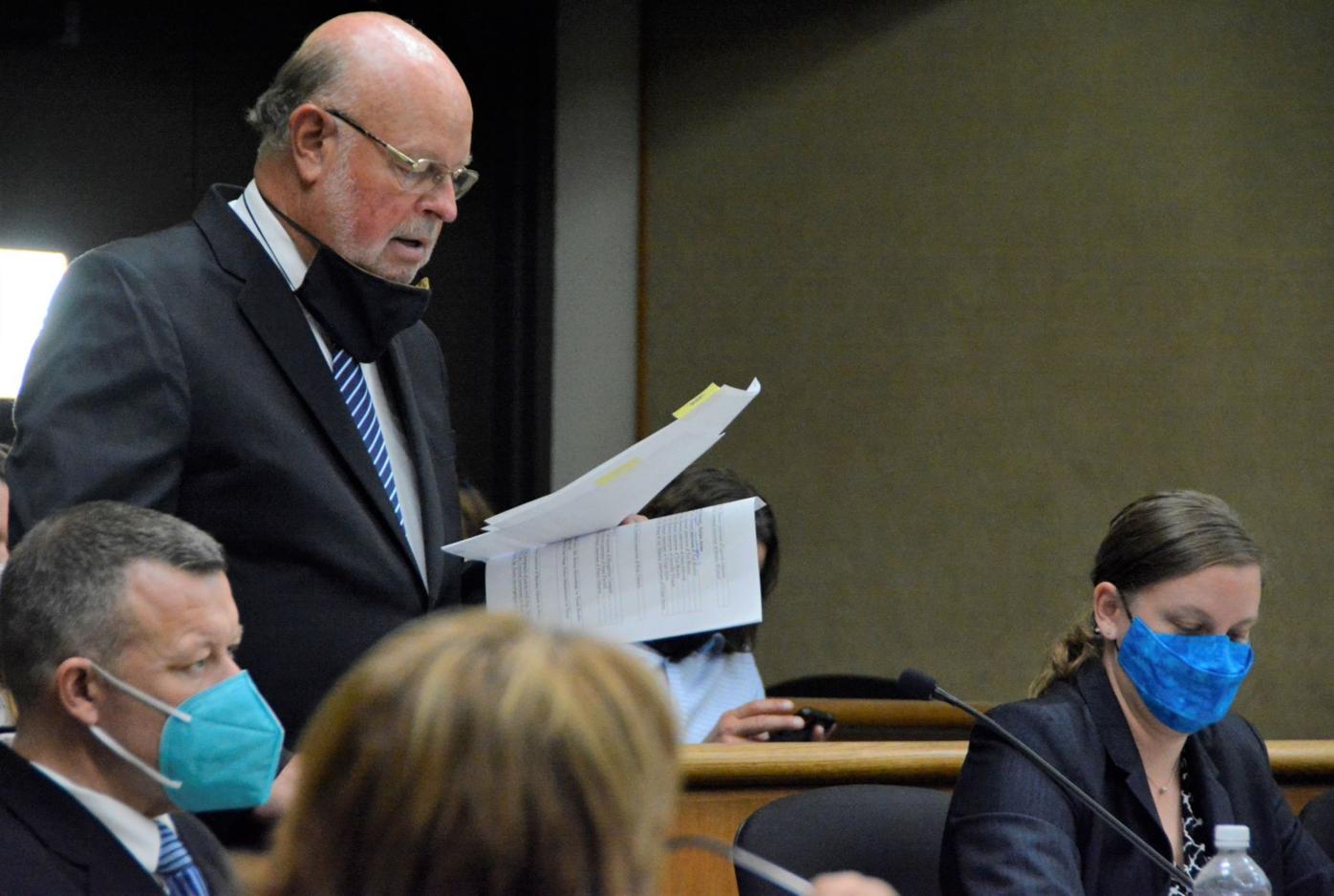 Attorney Bob Sanger, standing, reads a police report during a preliminary hearing for his client Paul Flores, left, who is accused of murdering missing Cal Poly freshman Kristin Smart in 1996. 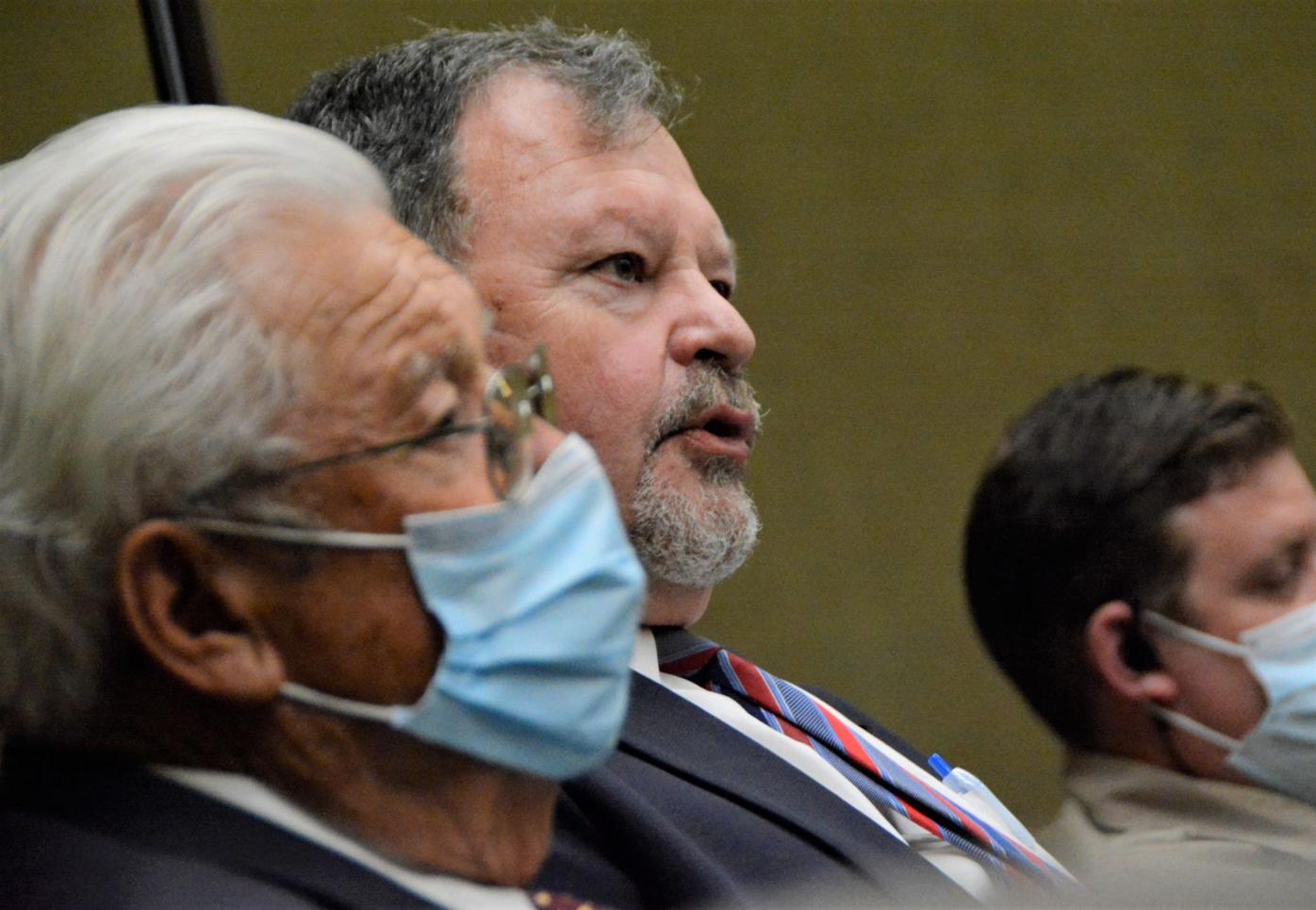 Paul Flores, left, with his attorney Bob Sanger, right, Monday during the fifth day of a preliminary hearing on the murder of Kristin Smart in San Luis Obispo County Superior Court.

Attorney Bob Sanger, standing, reads a police report during a preliminary hearing for his client Paul Flores, left, who is accused of murdering missing Cal Poly freshman Kristin Smart in 1996.

A San Luis Obispo County Sheriff’s Office detective investigating the disappearance of Kristin Smart testified Monday that it was the initial 1996 interviews with Paul Flores and statements made by his mother, including in wiretaps more than 20 years later, that elevated him from "person of interest" to "suspect" in the case.

Detective Clint Cole, who has investigated the case of the missing Cal Poly student since 2017, testified that reviewing comments Paul Flores made to District Attorney investigators added to the possibility he could be a suspect, or someone who could be involved in the crime, as opposed to a person of interest who may only have information.

On the witness stand, Cole referenced transcripts of the interviews, noting that Paul Flores said Smart might be dead when investigators asked him to speculate what might have happened.

“People who aren’t involved wouldn’t say [anything] like that,” Cole testified, adding he was aware of how the investigators posed their questions. “There’s nothing in the case file up to that point [saying she’s dead].”

Cole was the only one to testify during day five of the preliminary hearing for Paul Flores, 44, of San Pedro who is charged with the murder of Smart. His father, 80-year-old Ruben Flores, of Arroyo Grande, is charged with accessory to murder after the fact and is accused of hiding her body.

Paul and Ruben Flores were arrested on April 13 and charged the next day. They have both pleaded not guilty.

At least one witness testified last week that Paul Flores was the last person seen with the 19-year-old college freshman near the intersection of Perimeter Road and Grande Avenue after they walked back to their dorms from an off-campus party on May 25, 1996. Smart was never seen again and she was declared legally dead in 2002.

Additionally, Paul Flores’ initial statements on his last sighting of Smart were inconsistent because in one version he stated that he walked her up to her Muir Hall dorm a short distance away, but in another said they parted ways and walked the opposite direction to his Santa Lucia Hall dorm once they got close to Muir Hall, Cole testified.

Cole testified that in an undercover FBI operation, Paul Flores' statements about his time at the party were not consistent either.

At least two witnesses last week testified that Smart was too intoxicated to walk by herself after the party.

'Kristin Smart is no longer alive': Witness recalls details at time of disappearance

During testimony, Cole revealed that Susan Flores, Paul Flores' mother, made statements he believed were suspicious or inconsistent, including a 2020 TV interview with a local reporter and comments that she allegedly knew her son was a person of interest sooner than what she initially said.

In addition, Cole paraphrased a wiretapped conversation in 2020 between Paul Flores and his mother in which she talked about the Your Own Backyard podcast, which is produced by Orcutt native Chris Lambert, telling her son that he needs to “poke holes” in the podcast’s story.

Paul Flores said hardly anything in the conversation, according to Cole. Susan Flores invoked her 5th Amendment right not to testify on the first day of the preliminary hearing Aug. 2.

When questioned by Bob Sanger, Paul Flores’ attorney, Cole admitted to providing Lambert with false information for the podcast in order to stimulate conversation between Susan Flores and Paul Flores over the wiretapped phone.

The wiretap came up during challenges made by Sanger over the legality of search warrants served in the investigation.

Sanger continued to attack Cole’s belief that Paul Flores is the only suspect in case, asking whether the detective followed-up on or considered reports of other possible suspects, and whether that information was available to him at the time he took over the case.

Cole testified that he ruled out other suspects.

Sanger asked if Cole’s assumption that Smart isn’t alive is based on the fact that she hasn’t turned up yet.

Deputy District Attorney Christopher Peuvrelle objected to Sanger’s question about whether Cole understood that the alleged cadaver dog alerts to human decomposition on Paul Flores’ bed during a 1996 search of his dorm room are not evidence unless they lead to something.

The preliminary hearing continues for a sixth day Tuesday at 9 a.m. in Dept. 5 of Superior Court.