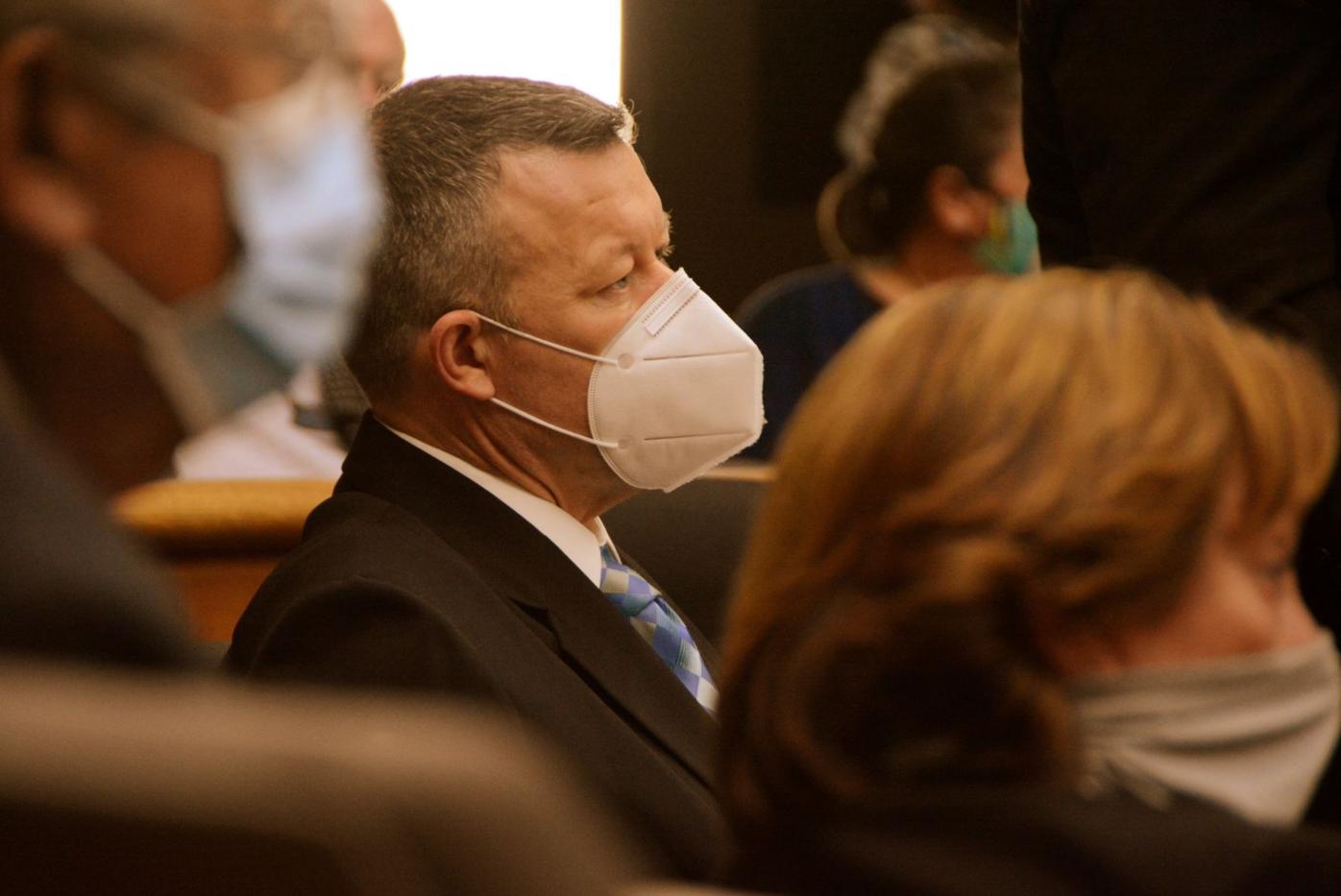 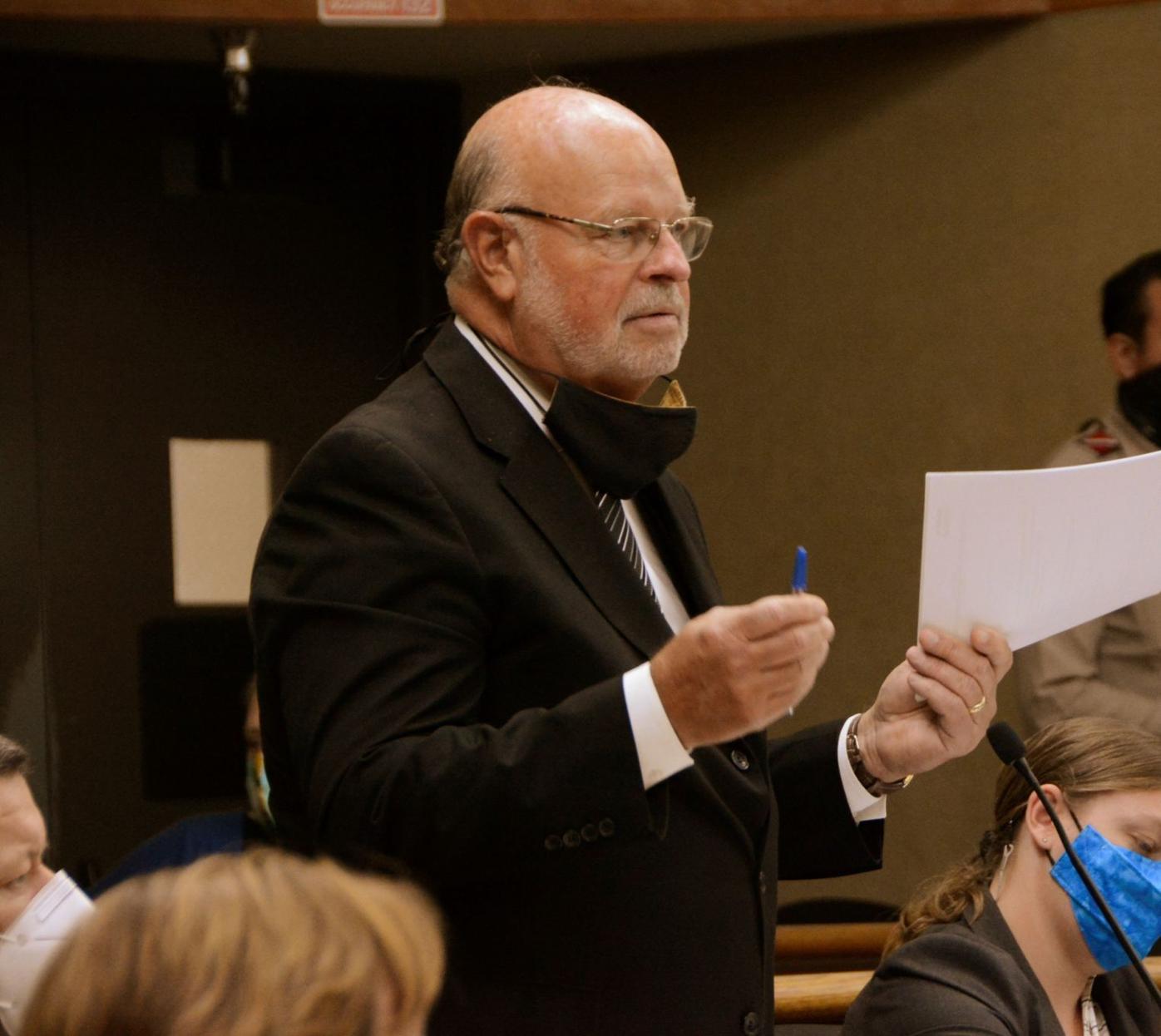 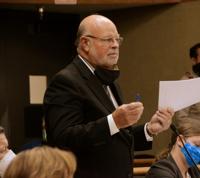 Bob Sanger, attorney for Paul Flores, cross-examines a witness during a preliminary heairng for his client on Wednesday. 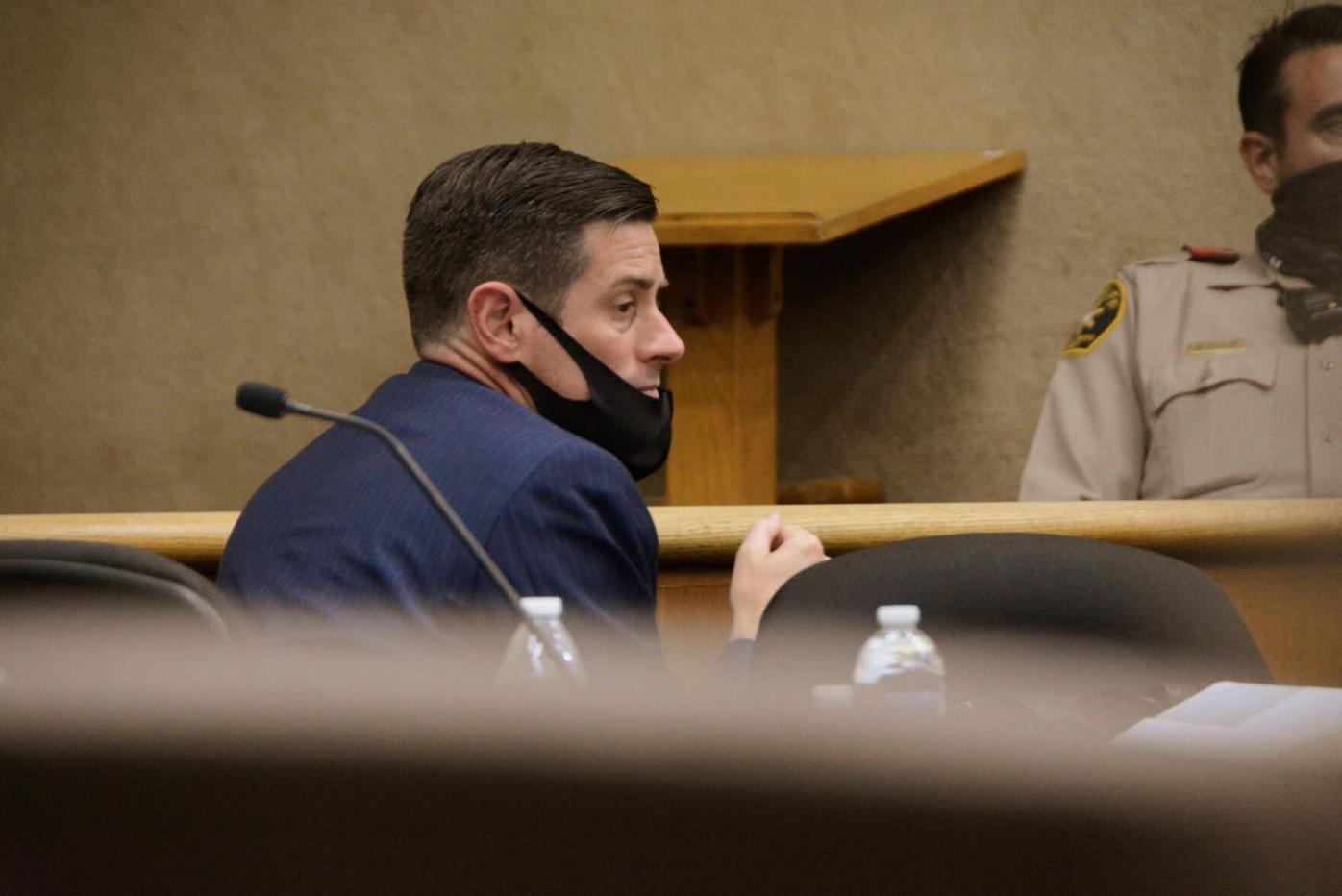 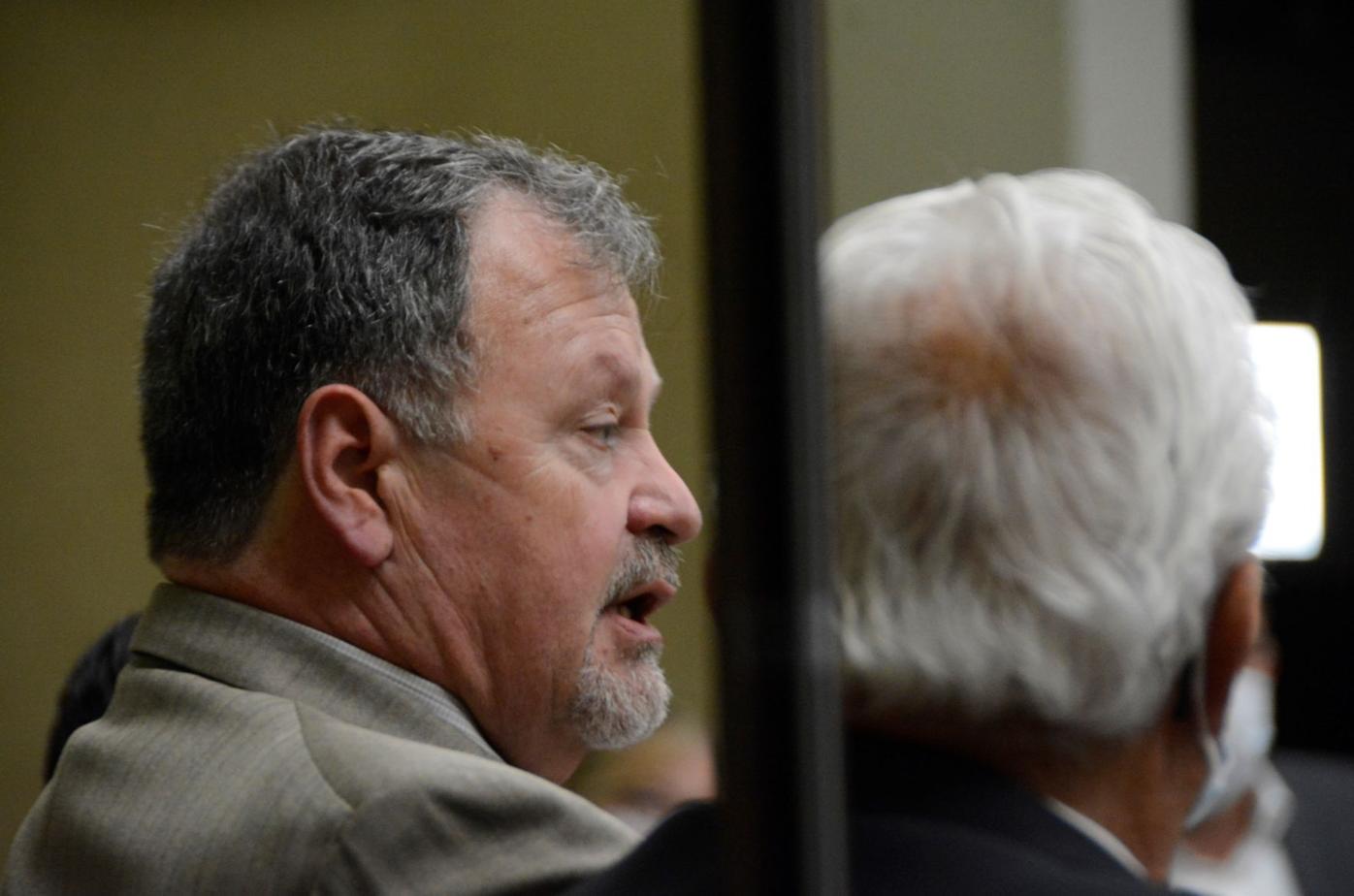 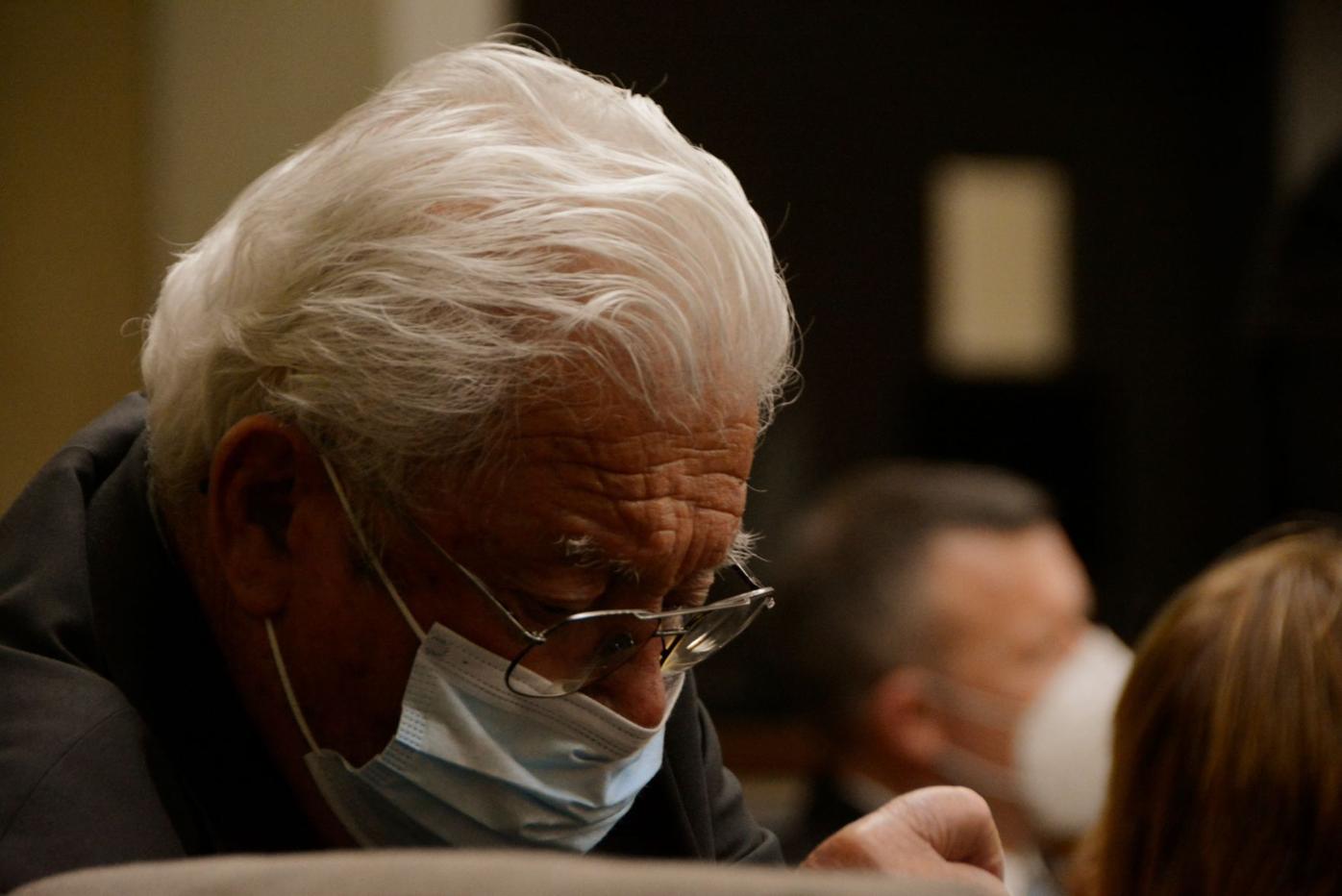 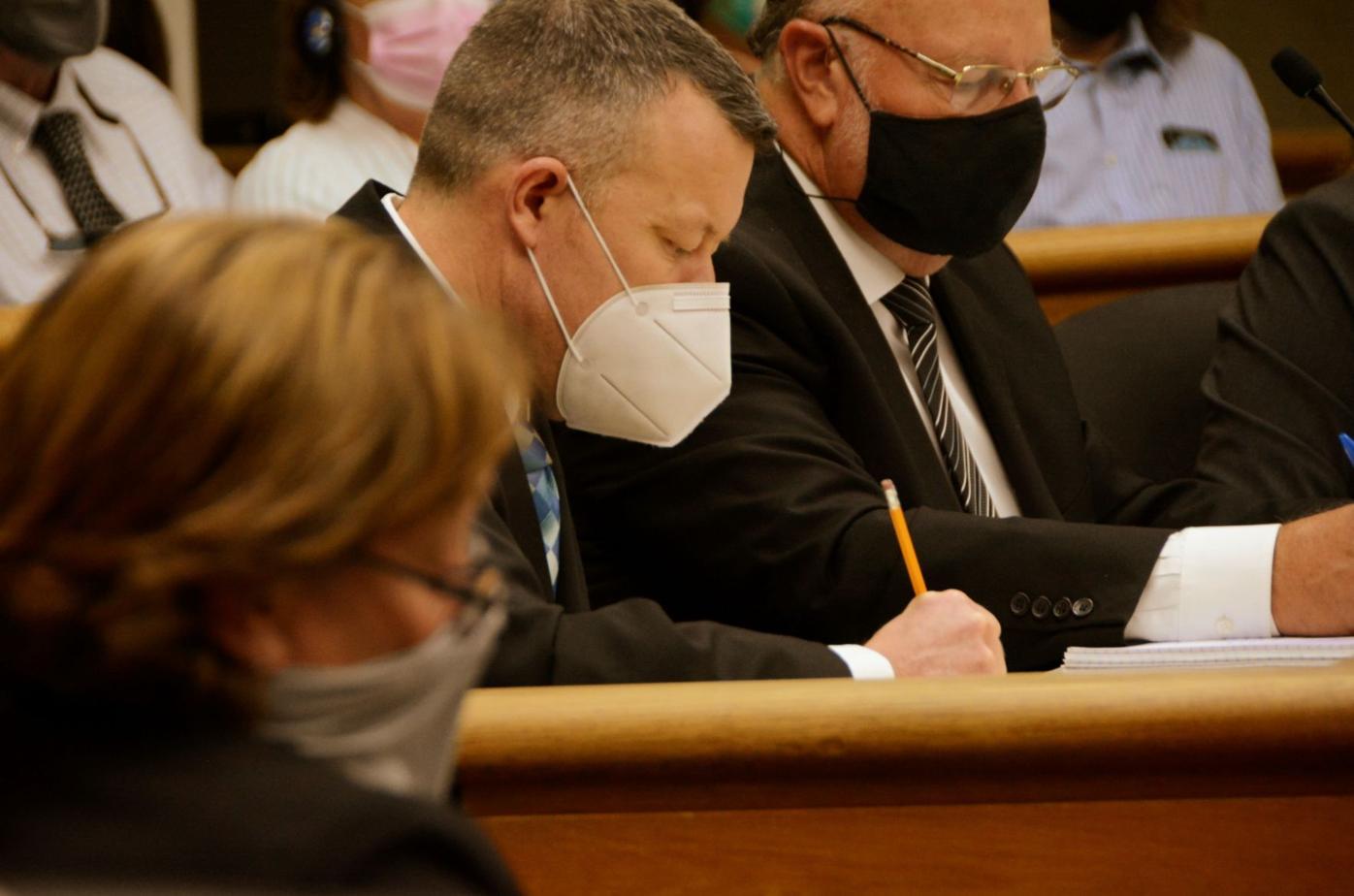 Paul Flores takes notes Wednesday during the third day of his preliminary hearing in the Kristin Smart case.

Bob Sanger, attorney for Paul Flores, cross-examines a witness during a preliminary heairng for his client on Wednesday.

Paul Flores takes notes Wednesday during the third day of his preliminary hearing in the Kristin Smart case.

Superior Court Judge Craig Van Rooyen agreed to unseal dozens of documents, including the request to quash evidence filed by attorneys Bob Sanger and Harold Mesick, who represent the defendants, but did not rule on the request.

The request came Wednesday, during the third day of the preliminary hearing for Paul Flores, 44, of San Pedro, who is charged with murder in connection to Smart’s disappearance on May 25, 1996, and his father, 80-year-old Ruben Flores, of Arroyo Grande, who is charged with accessory to murder after the fact and is accused of hiding her body.

The 19-year-old college freshman was declared legally dead in 2002 and her body has never been found.

San Luis Obispo County District Attorney Dan Dow charged Paul and Ruben Flores on April 14, one day after they were arrested following search warrants served on their residences. Both men have pleaded not guilty.

Witnesses Tuesday in the preliminary hearing for the father and son charged in the death of Kristin Smart were asked to recall the 25-year-old details leading up to her disappearance just before Memorial Day 1996.

Additionally Wednesday, after two days of cross-examining witnesses who testified to 25-year-old details leading up to the day of Smart's disappearance, testimony began from San Luis Obispo County Sheriff's Office Detective Clint Cole on the authenticity of a photo taken of Paul Flores after Smart's disappearance that allegedly depicts a discoloration under his right eye that resulted from a possible altercation with Smart

Flores was the last person to see Smart, who prosecutors allege died while Flores tried to rape her in his campus dorm room.

During questioning, Sanger raised various motions based on the photo, which he argued was not the original and broke the chain of custody.

Van Rooyen, however, allowed the photo to be displayed in court, saying it was already admitted into evidence.

Tse told Kennedy that Flores received the eye discoloration while playing basketball with friends. In addition, a 1996 recorded audio interview between Kennedy and Flores was played in court.

During the interview, Kennedy asks Paul Flores about where he last saw Smart and the events that transpired in the immediate hours surrounding her disappearance, including his drinking habits, and later doubts Flores' story.

Photos of Paul Flores' Santa Lucia Hall dorm room were displayed in court and Kennedy described subsequent interviews, stating Flores appeared to be nervous. Paul Flores suffers from a stutter, which could be heard in portions of the recorded interview.

Sanger asked Kennedy about an interview with a "Melissa" from Hawaii who told the investigator about Smart's time spent in the state, whether he followed up on leads involving other possible suspects and how many times he investigated a missing person.

"Stan [Smart] said he was upset with the investigation," Sanger said, referring to Kristin Smart's father.

At the end of the day, Van Rooyen approved the defense motion to unseal more than 70 pages of documents including the request to suppress evidence included in approximately 30,000 pages prosecutors provided to defense attorneys, according to Sanger.

The request asks to suppress evidence from dozens of search warrants from 1996 to 2021, including one for a GPS tracker placed on Paul Flores' vehicle and items "5, 6, 7 and 8," according to court documents.

The discovery included search warrants which Sanger said were not legal because they either omitted facts or contained "misstated facts."

"This resulted in a relentless hounding of Paul Flores, the constant invasions of his privacy and that of his family members and the seizure of countless private conversations, electronic devices and other items as well as surveillance of Mr. Flores and his vehicle, as well as search and seizure of his person," Sanger said in a July 26 filing.

The preliminary hearing continues at 9 a.m. on Thursday in Department 5 of Superior Court. The hearing is expected to last through the month due to a witness who won't be available until Aug. 30, according to Peuvrelle.

Photos of the Paul Flores arrest was displayed at the press conference in Cal Poly in San Luis Obispo.

Members of the media from Los Angeles to Sacramento attend the press conference at Cal Poly SLO Tuesday afternoon.

Chris Lambert creator of the Your Own Backyard Kristin Smart podcast speaks with the public at the press conference at Cal Poly Tuesday afternoon.

Balloons wrap around the billboard of Kristin Smart in Arroyo Grande after the arrest of Paul and Ruben Flores Tuesday.