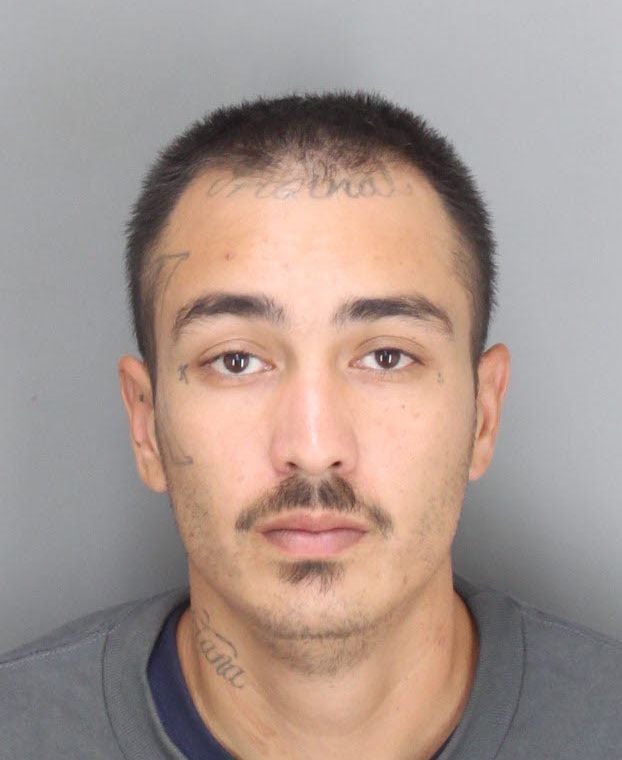 Edgar Cordova, 29, of Santa Barbara was arrested in San Diego while re-entering the United States from Mexico. He was wanted in connection to a plot to extort money from Santa Barbara County residents on behalf of the Mexican Mafia. 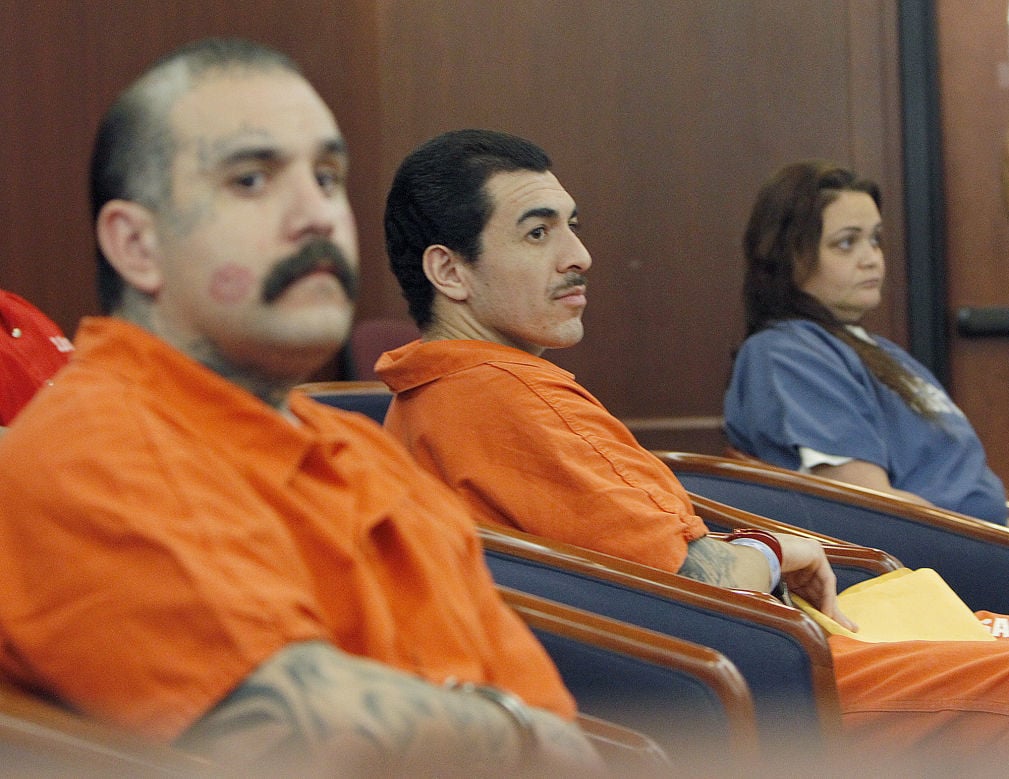 A nearly five-year-old Santa Maria gang extortion case returned to court on Tuesday before Santa Barbara County Superior Court Judge James Voysey, who set a date of Oct. 21 to hear arguments on a defense motion to subpoena jail records for a defendant.

That defendant, 34-year-old Edgar Cordova, is accused of shaking down Santa Barbara County residents for money on behalf of the Mexican Mafia prison gang. Cordova, along with six other defendants, were indicted on Nov. 3, 2014 on charges of extortion by threat and participating in a criminal street gang, including enhancements.

Five co-defendants -- Franco Anguiniga, Arturo Renteria and Sarah Montoyoa, all of Lompoc, and Ruben Regalado and Benjamin Ybarra, both of Santa Maria -- all pleaded guilty and have been sentenced to prison.

Cordova pleaded not guilty to all charges and is denying all enhancements, according to his attorney Tom Allen.

Cordova's case dragged on for a variety of reasons that include changes in prosecution and "hotly contested" discovery motions, said Allen, who is now seeking to obtain jail records relating to his client's case.

Specifically, Allen seeks a copy of a surveillance camera video that recorded an incident outside a jail cell from 9:30 a.m. to 3 p.m. on Oct. 2.

Allen wouldn't say whether the cell belonged to his client or why he is seeking the video.

Officials with the Santa Barbara County Sheriff's Office are fighting to quash Allen's request because it seeks confidential information that would jeopardize safety of jail staff, inmates, and court and county personnel if disclosed.

Allen stood in for Senior Deputy County Counsel Michelle Montez, who represents the Sheriff's Office, as a professional courtesy since nothing was being litigated at the time.

Allen also represented co-defendant Ulisses Guzman, 32, who is also charged in the case and appeared alongside Cordova. Guzman is normally represented by Ventura attorney Joseph Lax.

An additional co-defendant, who Allen didn't name because he's an informant, is represented by Santa Barbara attorney Steve Balash.

The case has security implications for Cordova and his co-defendant, and for jail and court staff, due to its sensitive nature.

The Mexican Mafia, also known as La Eme, is a powerful and highly organized gang that exists almost exclusively within the penal system and whose members are known to murder informants, according to the FBI.

Court records also show a delayed hearing for Cordova in May due to an unspecified security threat at the Santa Barbara County Jail.

Cordova was scheduled to appear on May 3 for a hearing on his motion to return his seized property, according to records, but was rescheduled on May 10 due to the threat.

According to court records, Santa Barbara County Sheriff's Office Custody Deputy Charles Powell said that staff learned of the threat on April 27, a day after Cordova allegedly arranged unauthorized communications to a contact not in custody via a contracted jail employee.

In a filed statement, Powell said he couldn't specify the threat "due to the potential risks to those involved and jail security."

Allen added that Deputy District Attorney Lynmarc Jenkins has taken over the case from Steve Foley, who now is a Santa Barbara County Superior Court commissioner.

Guzman and Cordova are scheduled to make their next appearance at 8:30 a.m. Oct. 21 in Santa Maria Superior Court's Department 7.

Lompoc woman on the lam

Santa Maria teenager sentenced to 2 years in prison for robbery

The event at the basis of the lawsuit dates back to December 2012 when a 19-year-old took his belt, looped it around the cell bars and attempted to hang himself in a temporary holding cell. Nearly 27 minutes passed before he was discovered by police.

Edgar Cordova, 29, of Santa Barbara was arrested in San Diego while re-entering the United States from Mexico. He was wanted in connection to a plot to extort money from Santa Barbara County residents on behalf of the Mexican Mafia.