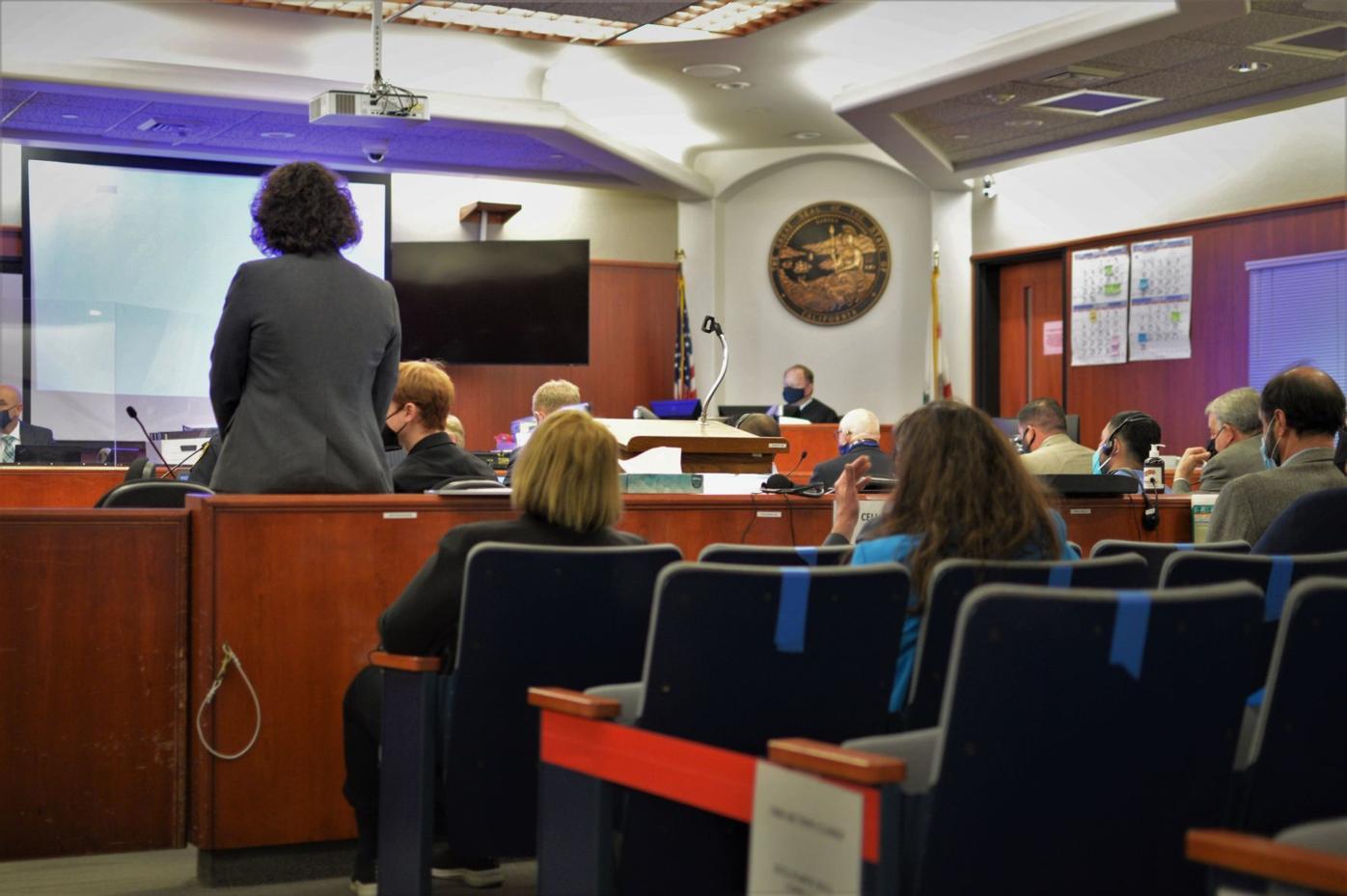 Santa Barbara County Senior Deputy District Attorney, left, questions investigator Mike Huffman (to the left, out of frame) about his investigation into 10 MS-13 defendants during trial in court on Wednesday. 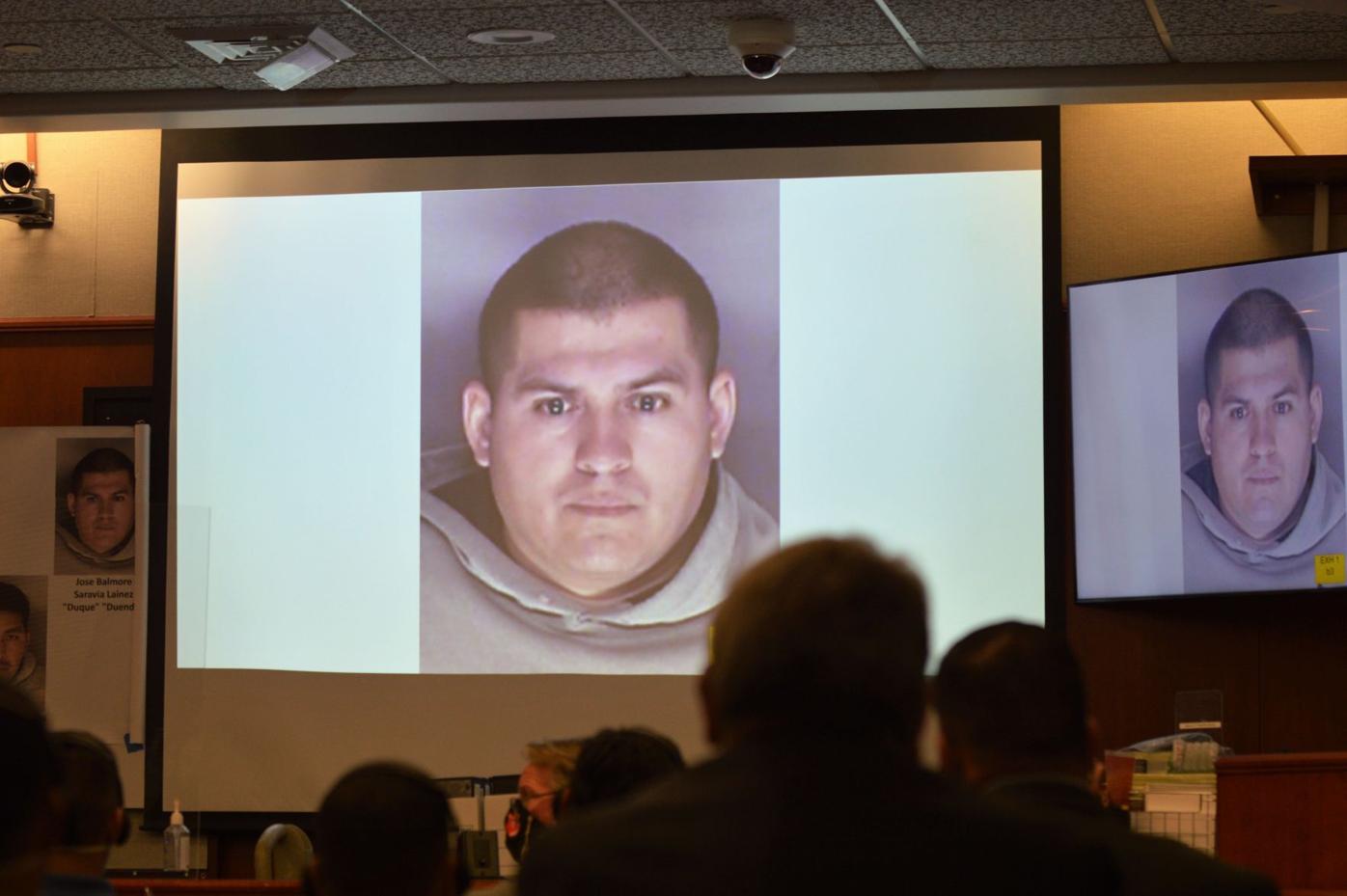 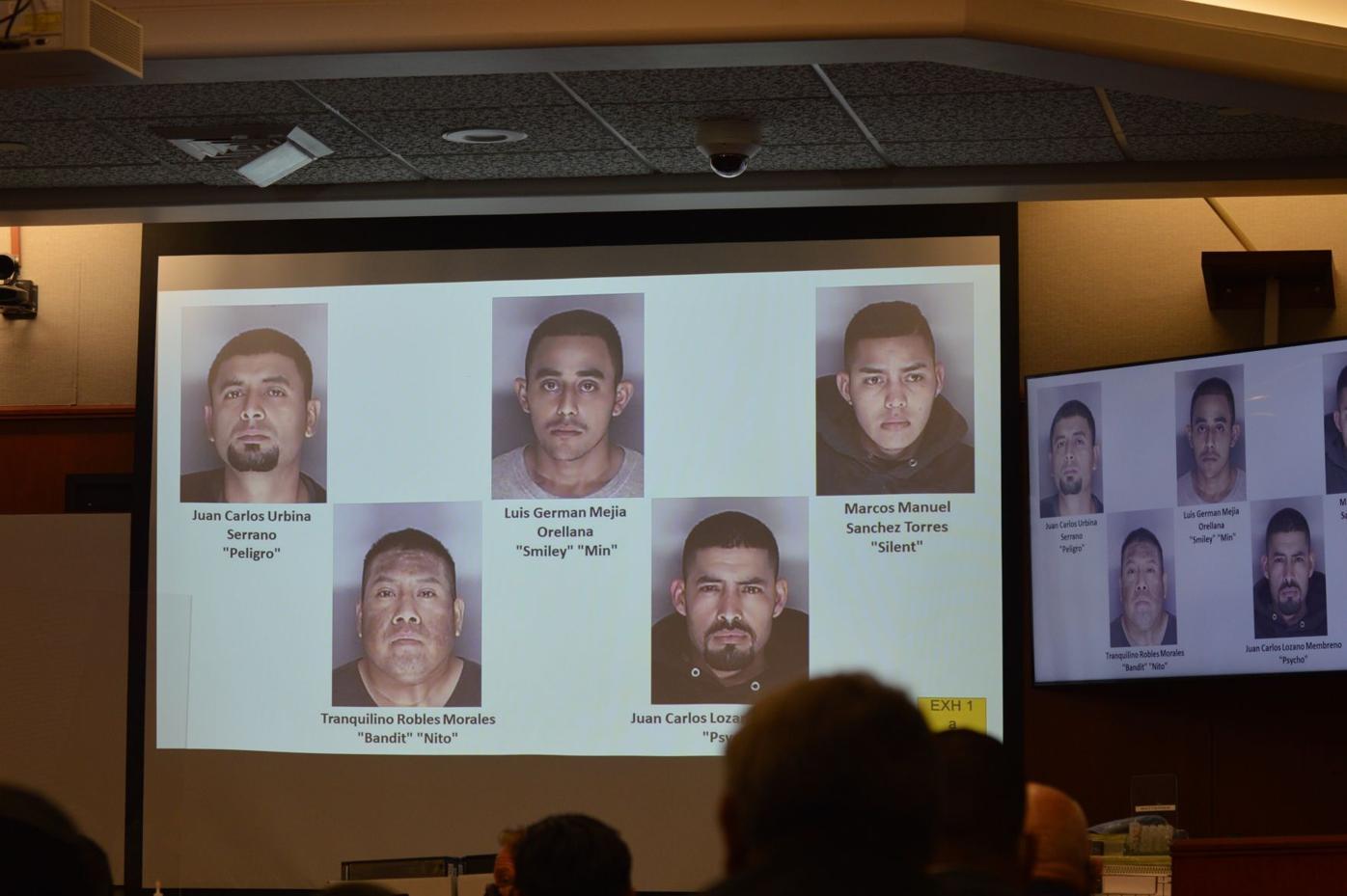 Booking photos of the five alleged MS-13 defendants were shown during their trial in Santa Maria court.

Santa Barbara County Senior Deputy District Attorney, left, questions investigator Mike Huffman (to the left, out of frame) about his investigation into 10 MS-13 defendants during trial in court on Wednesday.

Booking photos of the five alleged MS-13 defendants were shown during their trial in Santa Maria court.

Two detectives assigned to investigate 10 alleged MS-13 killings across the Santa Maria Valley from 2013 to 2016 testified in court Wednesday about their wiretap operations, which ultimately set the stage for the takedown of more than a dozen members of the city’s local clique following a police operation one month later.

The communications were intercepted via a series of wiretap orders, including one authorized by Superior Court Judge Patricia Kelly on Jan. 28, 2016, according to court records.

Huffman listened to and transcribed dozens of calls between the defendants until they were arrested as part of Operation Matador, which took place on March 3, 2016.

Two defendants in the MS-13 gang murder trial were sentenced to more than two decades in prison after pleading guilty to charges related to a series of killings in the Santa Maria Valley from 2013 to 2016.

All eight defendants have pleaded not guilty to the charges.

Prior to the District Attorney's Office, Huffman partnered with Casey on the MS-13 investigation for the SMPD, he testified.

Huffman described a "wire room" where he'd listen to and transcribe phone calls from Spanish, using the information to direct the investigation and then brief his sergeants each morning.

The detective spent more than a month working every day starting in January 2016, except for one day, until the operation's execution in March.

Several recordings of cell phone conversations spoken in Spanish were played in court and jurors were each provided binders of Huffman's prepared transcriptions, and given instructions to open them directly to the pages of specified transcribed calls only when Judge John McGregor instructed them to do so.

In addition to identifying their voices, Huffman said he was able to confirm some of the defendants' identities through information gleaned through the wiretaps.

During a Jan. 29, 2016 call, Jose Balmore Saravia Lainez — also known as "Duque" or "Duende" — talked about driving a black GMC Yukon, which he drove to the Santa Maria Police Department headquarters on one occasion, according to Huffman.

In another recorded call on Jan. 31, 2016, Membreno, known by his moniker "Psycho," complained about receiving a speeding ticket, which Huffman said he was able to look up in a database and connect to the defendant.

Throughout the wiretap orders, the defendants allegedly switched cell phone numbers frequently in an attempt to evade surveillance.

The police had inserted undercover female officers in MS-13 territory, which included blocks running south from West Cook to Boone streets, in an attempt to gain information about the suspects, according to Huffman.

Specific words heard over the line indicated to Huffman that the suspects knew they were being watched. One of the Lainez brothers referred to the female undercovers as "f--king whores" who were inside a drug dealer's car and were staring at him, according to Huffman.

"If it's my turn, it's my turn," Lainez allegedly said during the wiretapped call, and then asked Membreno if the area was "hot," referring to law enforcement presence.

Huffman pulled the undercovers out of the operation after that call, he testified.

The trial is scheduled to resume at 8:30 a.m. Thursday in Department 8 of Superior Court in Santa Maria.