A former Santa Maria man was sentenced Monday to three months in federal prison after pleading guilty to killing a northern elephant seal in San Luis Obispo County in 2019.

Jordan Gerbich, 30, also received three months of home detention, 120 hours of community service, a $1,000 fine and one year of supervised release after prison.

U.S. District Court Judge Dale Fischer handed down the sentence via Zoom from his courtroom in Los Angeles.

Gerbich, who now resides in Coalville, Utah, was charged on Aug. 25, 2020, with one misdemeanor count of illegally taking a marine mammal. He pleaded guilty on Dec. 21, 2020.

Gerbich and another person, who was not identified, drove to an elephant seal viewing area near the Piedras Blancas Marine Reserve and Monterey Bay National Marine Sanctuary on Sept. 28, 2019, according to Ciara McEvoy, who added Gerbich was living in Santa Maria at the time.

Using a flashlight to see in the dark, Gerbich located an elephant seal resting on the beach and shot it with a Springfield Armory .45-caliber pistol, according to McEvoy. The seal was found dead a day later with a bullet hole in its head.

Gerbich said he was pressured by an intoxicated friend to shoot and kill the animal in "kind of a grotesque test" and expressed remorse for the act, according to a March 22 sentencing memorandum.

Northern elephant seals are a protected species under the Marine Mammal Protection Act and live along North America's Pacific Coast in areas called rookeries, which are typically populated with elephant seals year-round. 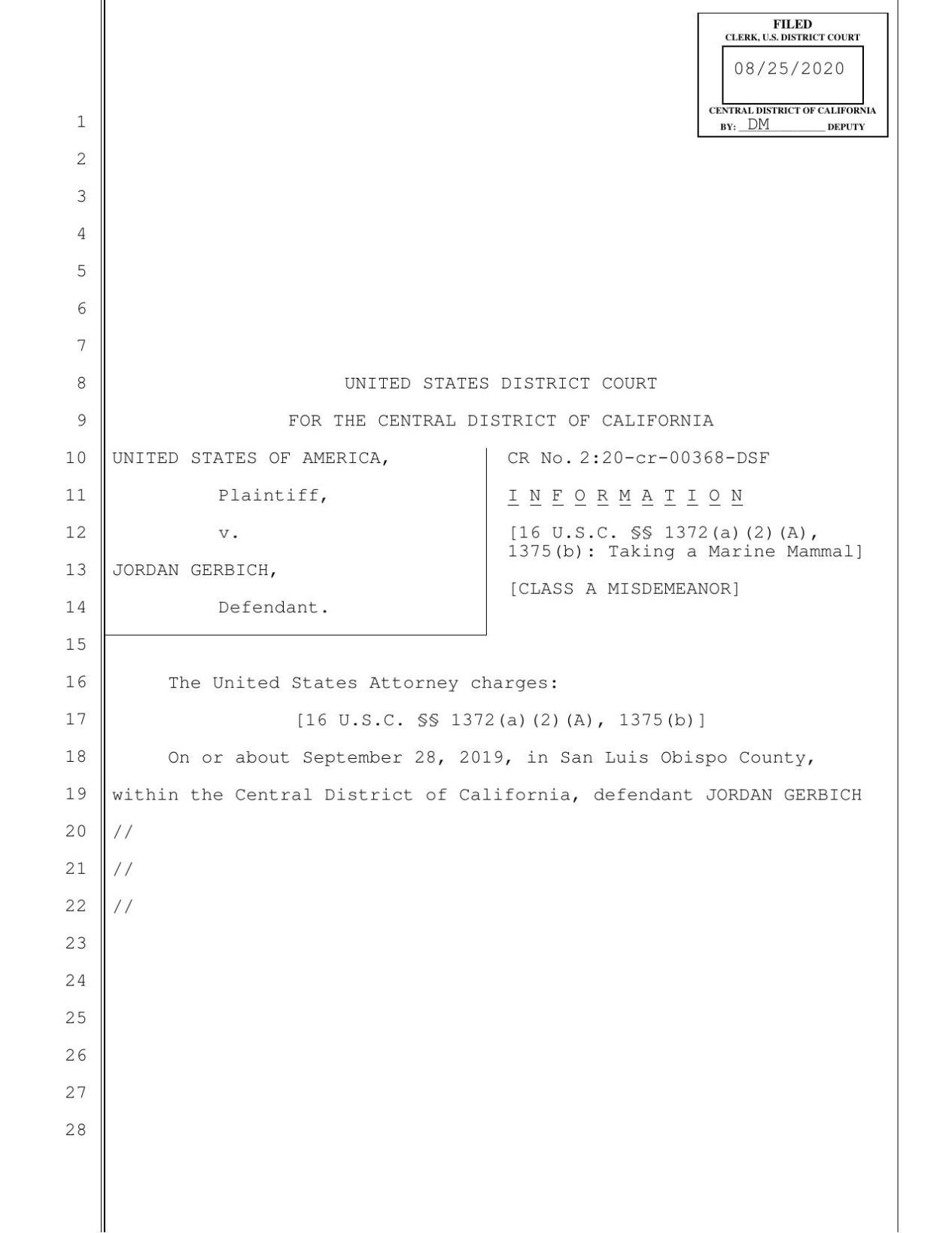