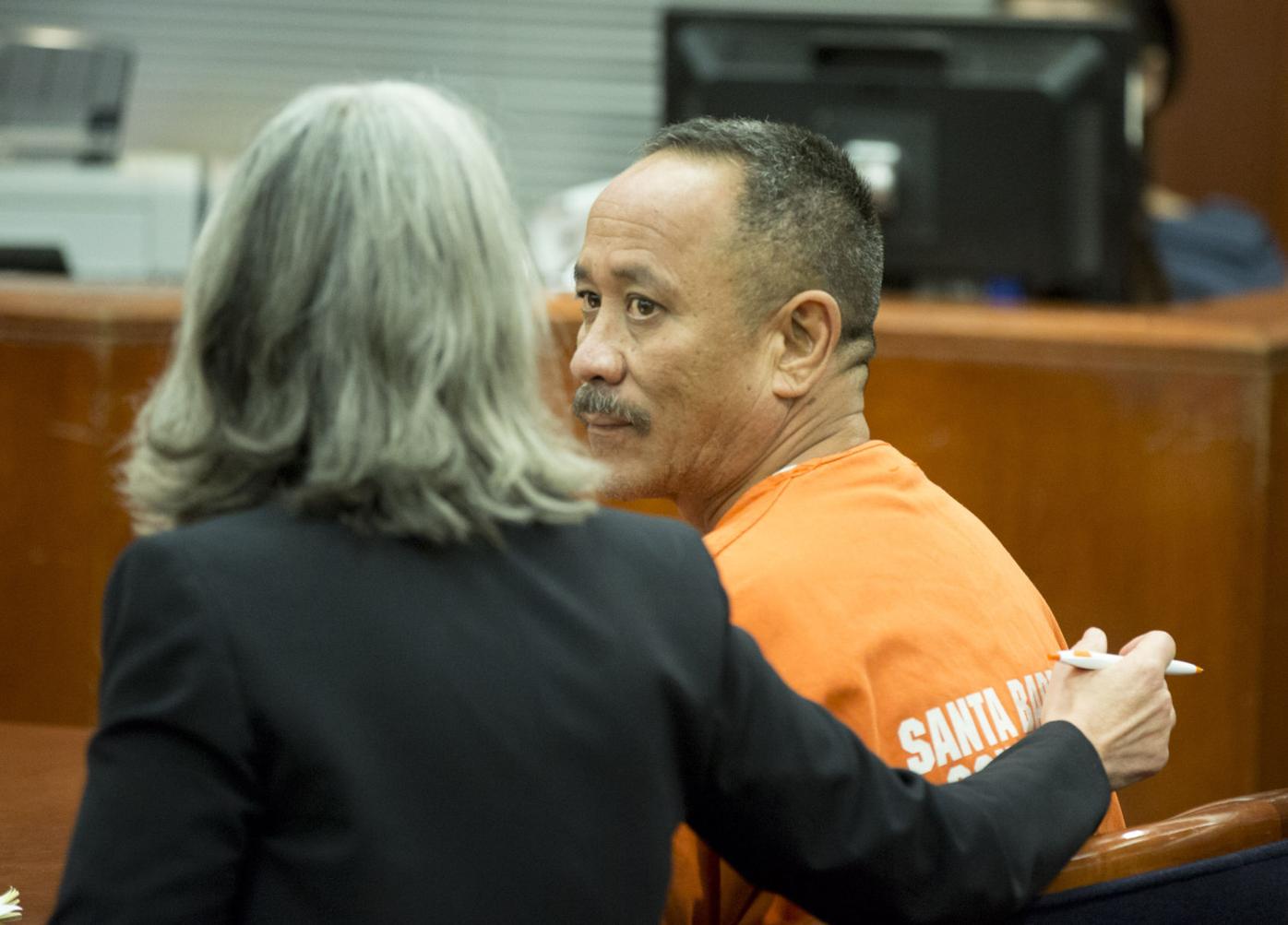 Norbert Cruz, a former foster father convicted of several felony charges of child molestation, listens to his attorney during his sentencing in Santa Maria Superior Court on Wednesday. 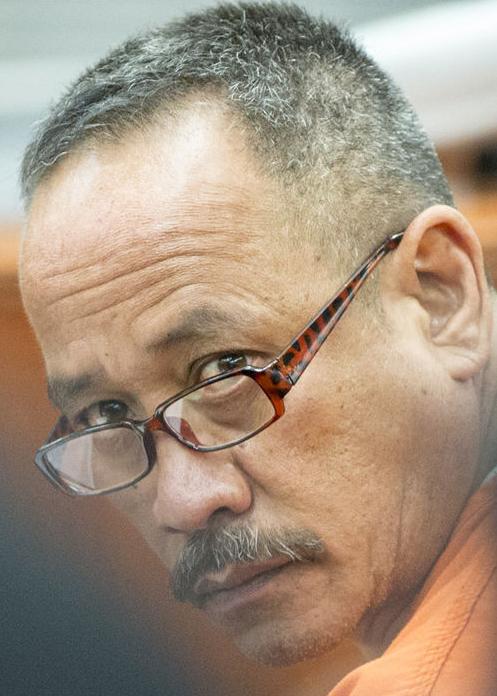 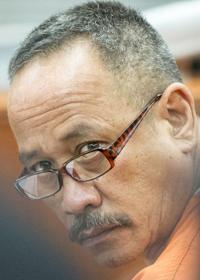 Norbert Cruz, a former foster father convicted of several felony charges of child molestation, listens to his attorney during his sentencing in Santa Maria Superior Court on Wednesday.

The mother of a then-8-year-old girl, who was sexually abused under the care of her foster father for two years, stayed calm as she unleashed a flurry of angry words at the defendant during sentencing Wednesday morning at Santa Maria Superior Court.

"(My daughter) was a very innocent girl, and that moment, she didn't have her mother, for legal reasons, and he took advantage of my little girl," she said, which was translated by a language interpreter. "She couldn't defend herself against you. How can a sexual psychopath be free? You need to be in prison with maximum security.

"I hope you don't have a daughter or a son so that someone won't do the same thing to them as you did to my little girl," she added. "May God have mercy on you."

Judge Gustavo Lavayen, who presided over the hearing, sentenced Cruz to 125 years to life in state prison. As part of his sentence, Cruz also must register as a sex offender for the rest of his life and submit AIDS testing results as required by law.

The victim, now 15, was identified in court only as Jane Doe due to her age. Deputy District Attorney Jennifer Karapetian read aloud Jane Doe's statement to the court Wednesday, because the victim could not bring herself to do so, as she was sobbing during the sentencing.

"I know what you did was wrong, but I forgive you. But what hurts me was that you treated me like your daughter," Karapetian read. "I also have trouble being around men. If I am in a room with a man, I think that's all they want.

"I didn't realize it was wrong; I thought if I did it, I'd have a good chance to a family, a normal life. I hope you survive wherever you are going," Karapetian continued.

Cruz's defense attorney Catherine Swysen objected to the lengthy sentence, stating that the witnesses during the trial painted the defendant as a devoted father who worked hard to build a successful family.

"The court heard from longtime friends who described him as someone who's a family-oriented man, dedicated to his family, church, faith, work, his country and he served in the military,” she argued. "I understand there has been a guilty verdict, but that's not consistent with the kind of person witnesses know."

Karapetian countered the argument, stating that the jury already had decided on the guilty verdict when the defendant confessed to the crimes during trial.

"When (Cruz) confessed, his confession was truthful. His lies later on about amnesia and jet lag and trying to undermine what happened were not true," she said. "The jury believed Jane Doe and what happened to her for many years."

Karapetian added, "This man violated his foster daughter, an extremely innocent, young child who looked up to him as a father for guidance, love and affection, which he took advantage of in the worst way, repeatedly over a period of two years."

Swysen informed the court that she already had filed an appeal of the sentence on behalf of her client.

According to the Santa Barbara County District Attorney's Office, Cruz was the victim's foster father between 2009 and 2011, while she was between the ages of 8 and 10. During that time, he repeatedly sexually abused her in her home and made her promise never to tell anyone.

The victim later was placed with another family in late 2011. It was there that she revealed to her new foster mother about the abuse.

"The amount of time the defendant will serve won't bring back the innocence that he stole from Jane Doe," Karapetian said. "Fortunately, with the case concluded and the defendant sentenced, Jane Doe can gain some closure and we hope she can move forward with her life and begin to heal."