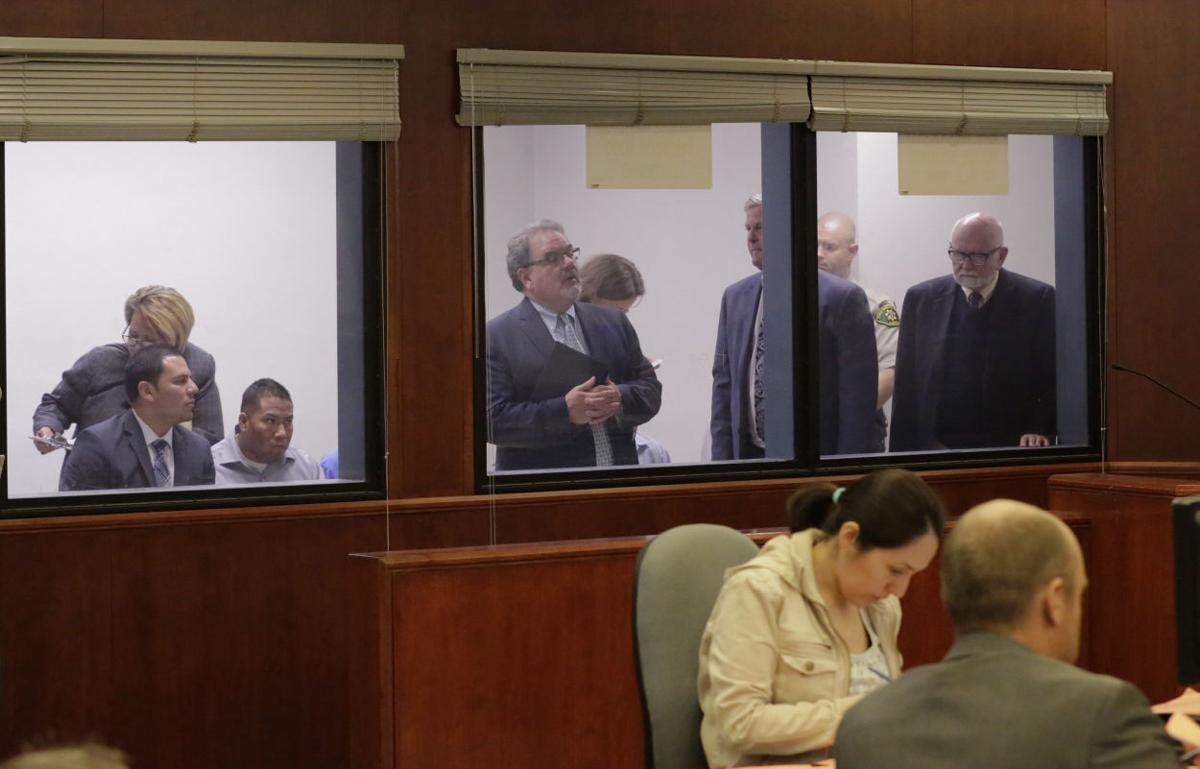 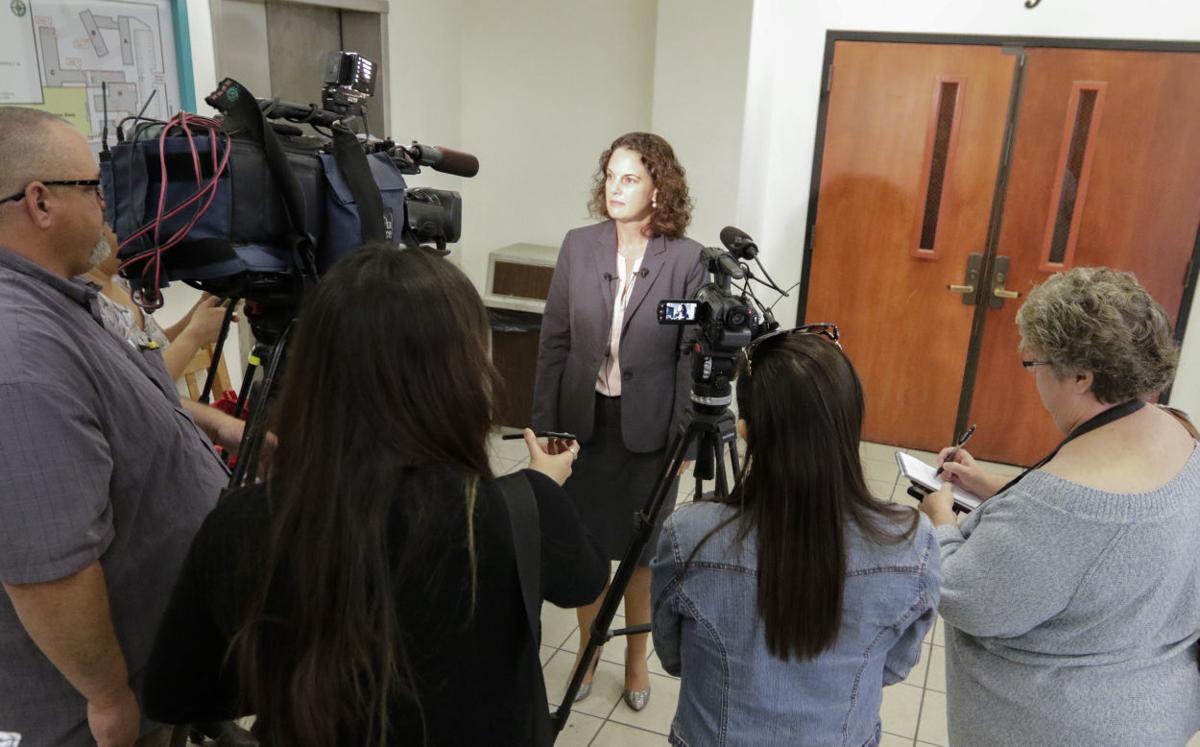 Senior Deputy District Attorney Ann Bramsen talks to members of local news media following the arraignment for 15 of the original 16 defendants arrested during "Operation Matador" in 2016. 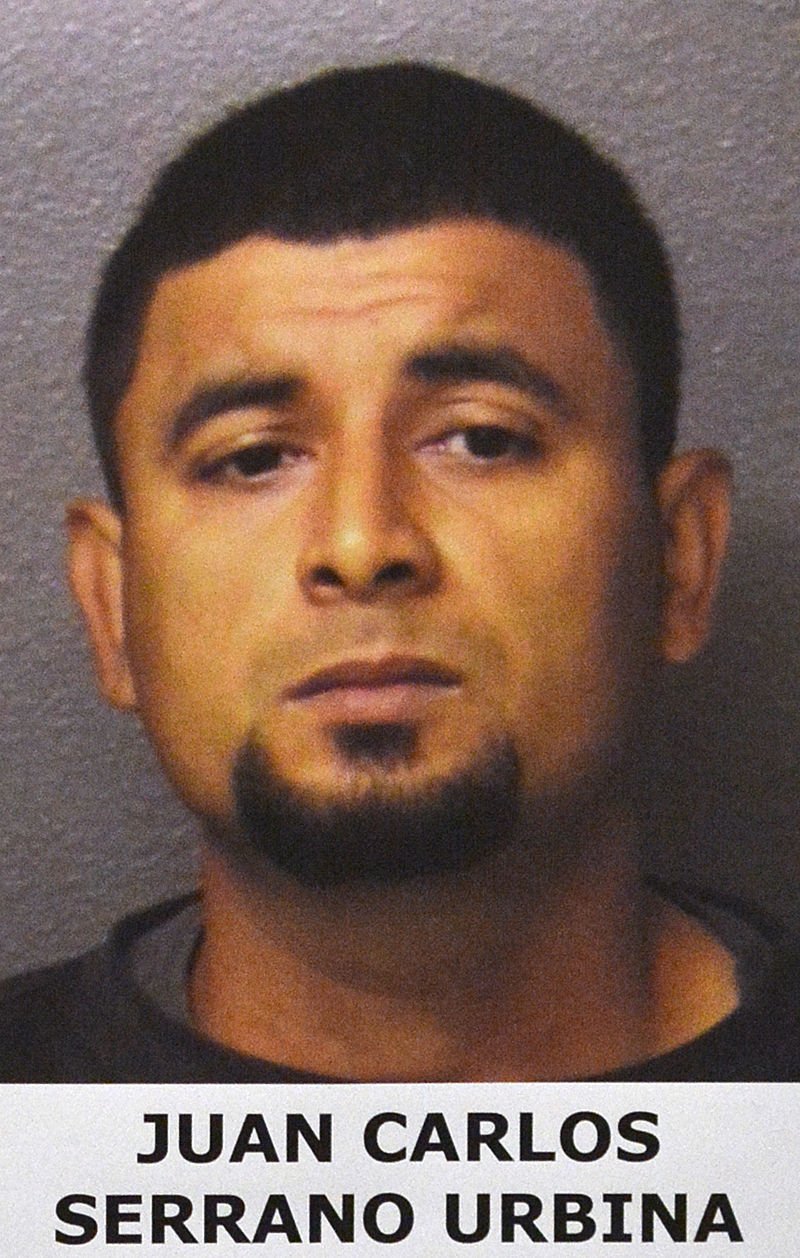 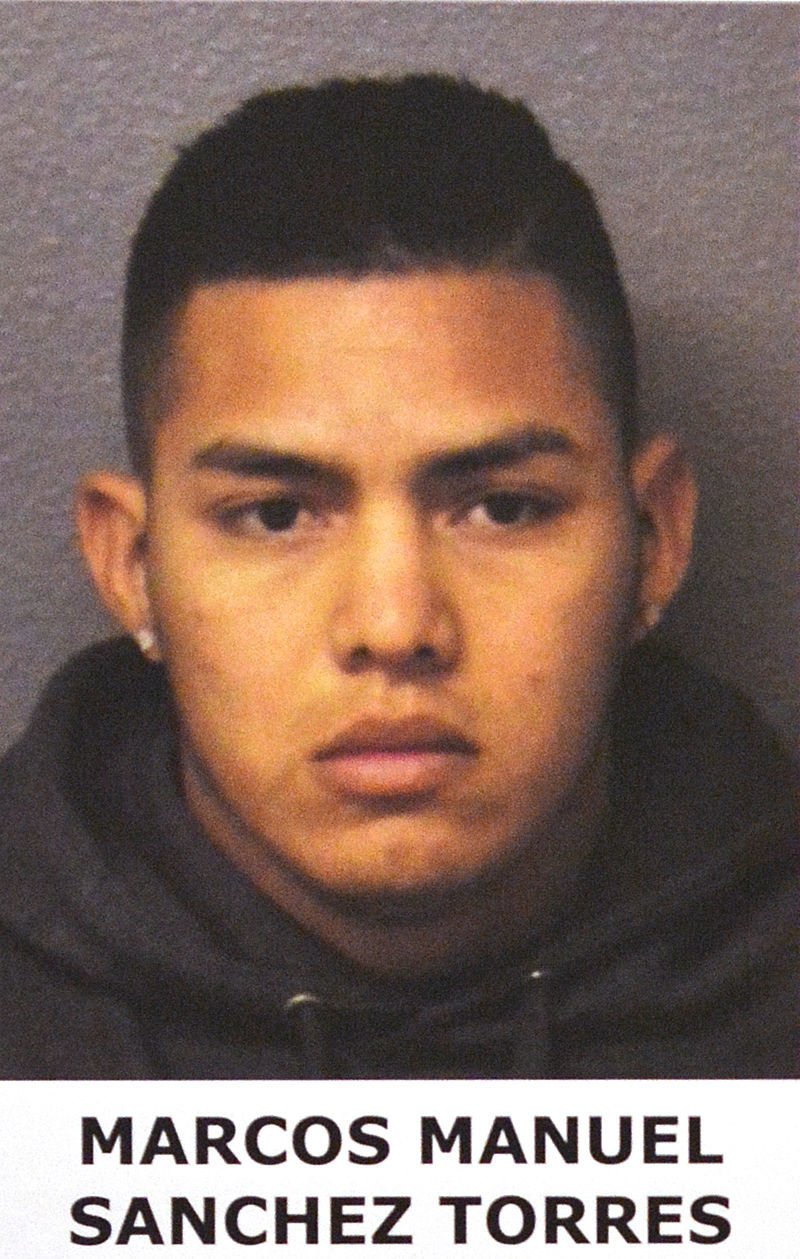 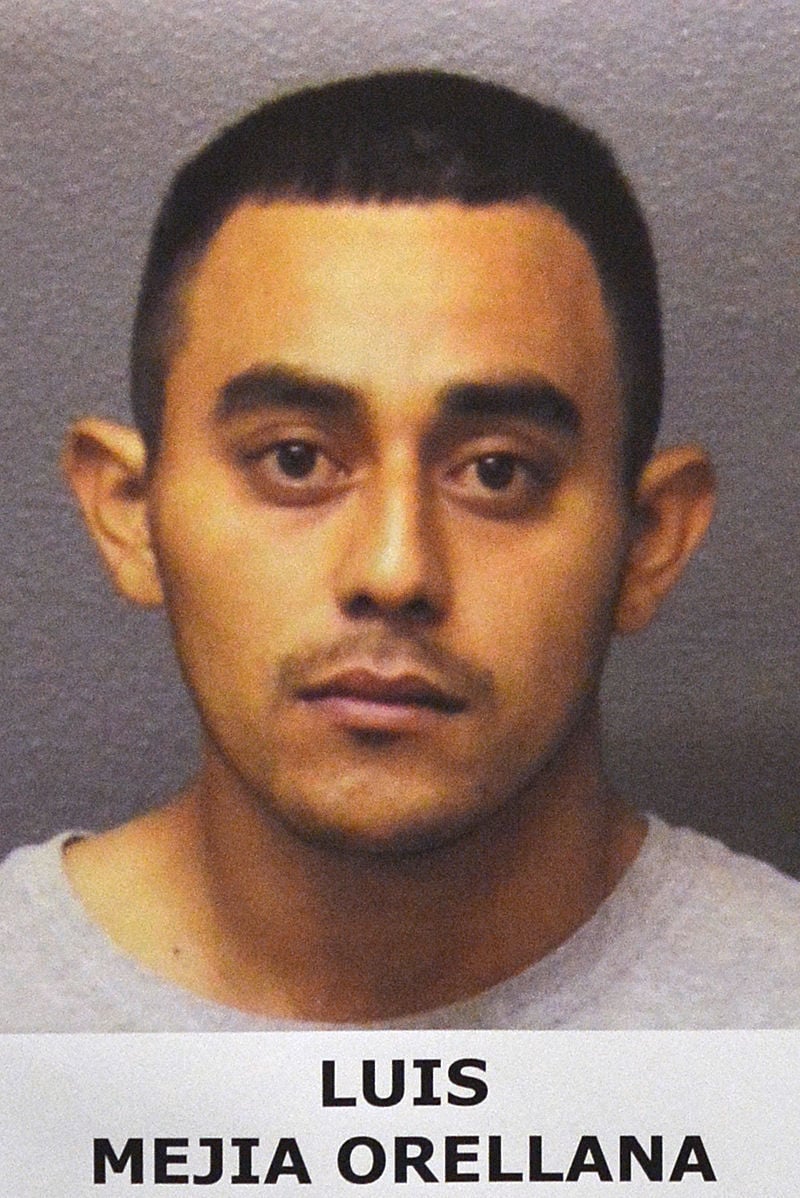 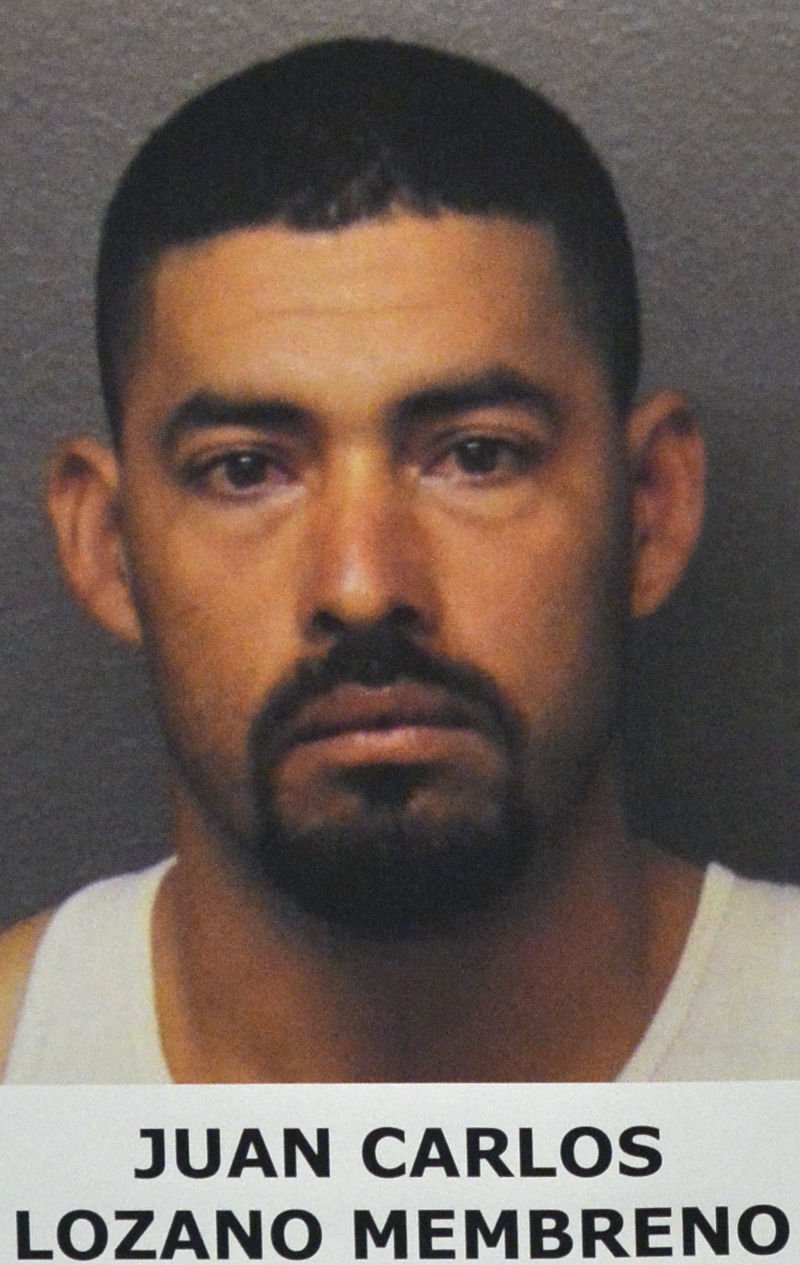 A court hearing linked to the MS-13 gang trial is scheduled next week in Santa Maria Superior Court, the first activity in the case since the coronavirus pandemic prompted court closures in March.

Santa Barbara County Senior Deputy District Attorney Ann Bramsen, who is the lead prosecutor in the case, said the hearing will be at 1:30 p.m. on May 22 in Department 9.

The hearing calls for the appearances of defense attorneys and their clients -- Tranquilino Robles Morales, Juan Calos Urbina Serrano, Marcos Manuel Sanchez Torres, Luis German Mejia Orellana and Juan Carlos Lozano Membreno -- who make up the first set of defendants to stand trial in the case.

Jury selection for the trial was scheduled to begin on April 13 with a trial start date of May 4 — both were delayed due to the pandemic.

The hearing notice did not specify what would be discussed, but presumably will be held to reschedule jury selection and the trial's start date, according to Bramsen, who isn't allowed to discuss details of the case because of a gag order issued in 2017.

The trials will run consecutively and each is expected to last up to a year.

The 10 defendants in the case, who will be tried in two separate groups of five, are alleged members of MS-13, a transnational criminal organization, and are accused of killing 10 people in the Santa Maria Valley between 2013 and 2016.

We are working hard to get answers about the impact and reaction to the coronavirus in Santa Barbara County, this is a collection of those sto…

Senior Deputy District Attorney Ann Bramsen talks to members of local news media following the arraignment for 15 of the original 16 defendants arrested during "Operation Matador" in 2016.