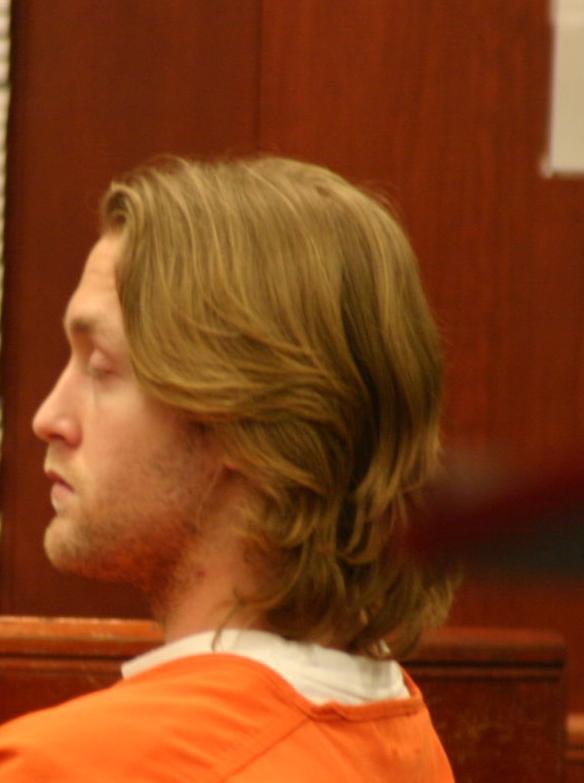 Sean Michael Kothe, of Orcutt, listens to testimony during his preliminary hearing in July at the Santa Maria Superior Court. 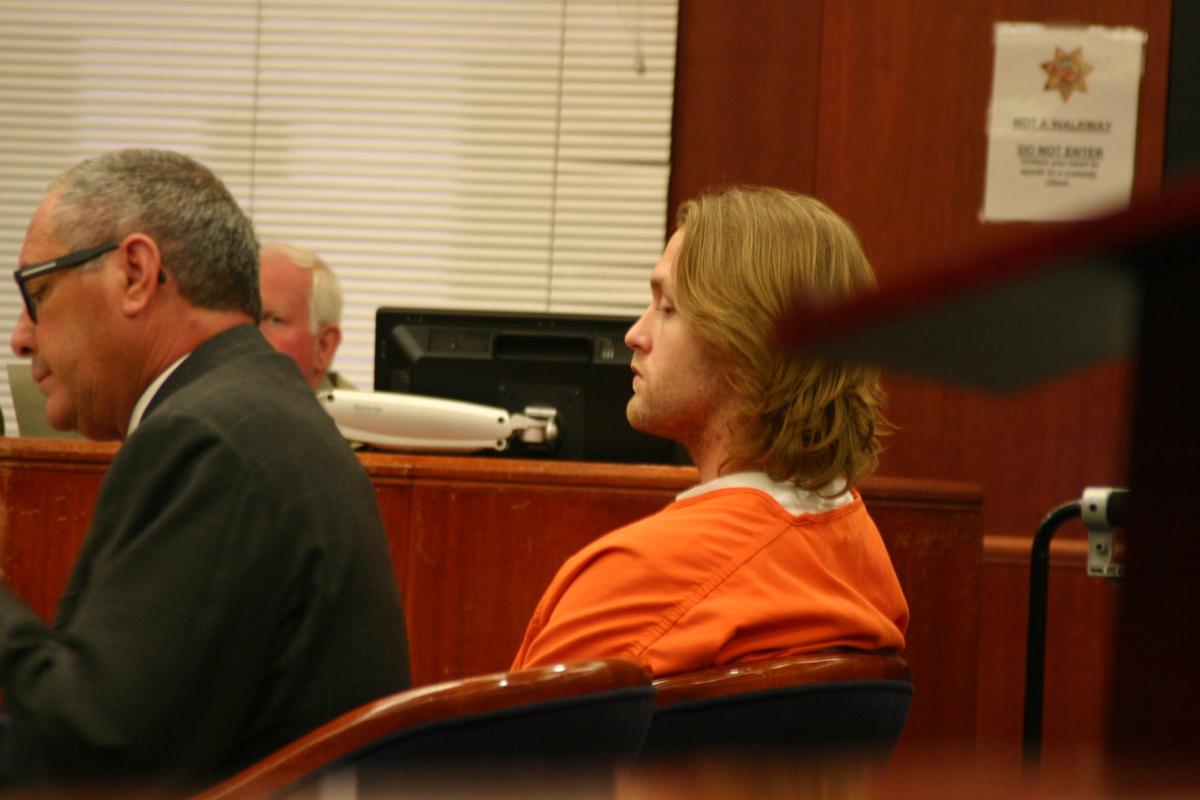 Sean Michael Kothe, right, is seated next to his attorney Steven Andrade, left, as they both listen to testimony during Friday's probable cause hearing at the Santa Maria Superior Court. Kothe is charged with the murder of his girlfriend's child, along with willful cruelty to a child and dissuading a witness.

Details in the case of an Orcutt man accused of killing his girlfriend's 19-month old child last summer started to emerge Friday during the first day of his preliminary hearing, including evidence that the toddler died from traumatic head injury and that he mistreated the child for months before she died.

Sean Michael Kothe, then 24, is charged with the murder of Delilah Cossio-Molina, who died June 28, 2016, as well as willful cruelty to a child and dissuading a witness.

First on the stand Friday was Dr. Manuel Montez, a forensic pathologist with the County Sheriff Coroner's Office, who said Delilah suffered from significant, non-accidental violent head trauma and brain injury. He testified that the child sustained a skull fracture, and was initially taken to Marian Regional Medical Center, but was then airlifted to Valley Children's Hospital in Madera due to the severity of her injuries.

Medical reports showed that Delilah was unresponsive, had dilated pupils and needed intensive treatment when her mother, Jackeline-Molina Rodriguez, of Oceano, first brought her to Marian.

Delilah never regained consciousness, "she was pretty much brain-dead, as her brain became mush after it swelled, hit her skull," Montez testified.

"We knew she couldn't do this to herself, the injuries were so severe."

Sheriff's detective Matt Fenske testified next, saying that several interviews were conducted with the child's mother, the first at Marian on June 26 when she brought the child to the emergency room. Fenske said her stories were inconsistent with doctors' reports regarding the child's injuries.

The mother first told Fenske that Delilah slipped, fell in the tub and hit her head while she was taking a bath, and "stuck by the story" until the next interview on June 27 at the County Jail after she had been arrested for child endangerment. She was later released due to insufficient evidence.

Fenske described a period of three days - Kothe was watching her part of the time - that the mother said the child never awoke.

Rodriguez admitted during further interviews that she changed her story to protect Kothe because he already had run-ins with the law, Fenske said.

Under Andrade's cross-examination, Fenske testified that Rodriguez never said she or Delilah had been abused by Kothe, but that Delilah would sustain bruises while under Kothe's care.

Kothe's friend Kyle Lorencz testified next, saying that the pair used heroin together and that he would pick up drugs from Kothe about five times a week.

Lorencz was at Kothe's home June 26, and said that Kothe mentioned that there was something wrong with Delilah, who was sitting on the couch in Kothe's room.

After looking further, Lorencz said he urged Kothe to call 9-1-1 or take the child to a hospital. Delilah's eyes were barely open, and she was taking deep, staggered breaths "like she was gasping for air," Lorencz said.

"Sean said she woke up like that," said Lorencz.

Kothe then panicked and refused to call 9-1-1, stating that he "was dirty" [high], on parole and that the child was Rodriguez's and she should be taking care of her." Kothe finally called Rodriguez, Lorencz testified, who took her to the hospital.

Lorencz said that other than a few times that Kothe spanked Delilah when she was crying, or he swung her by her arms, he never saw him hurt the child.

Santa Barbara County Sheriff's detective Michael Emens, who interviewed Lorencz on June 28, told the court, however, that Lorencz claimed that Delilah often acted "scared and would run to him" to "get away from Sean."

Emens said he questioned two people who knew Kothe who said he often played rough with the child.

A man called Ryan told detectives that a few months before Delilah's death Kothe filmed a video on Snapchat showing him hitting Delilah's head until she cried, Emens said.

"[Kothe's co-worker] said Sean bragged about the video, was always messing with her, thought it was funny," Emens added.

Under Andrade's questioning, however, Emens acknowledged that Ryan never saw Kothe actually hurting Delilah, and that he said he "crossed the line, but wasn't crazy beyond [that]." Ryan, who described Kothe as a "jokester," reportedly never witnessed any injuries on Delilah, and said that she was never hurt to the point where cops had to be called, according to Emens.

'You will not hurt another child again': Orcutt man sentenced to 25-year prison term for murdering toddler

Sean Michael Kothe, of Orcutt, listens to testimony during his preliminary hearing in July at the Santa Maria Superior Court.

Sean Michael Kothe, right, is seated next to his attorney Steven Andrade, left, as they both listen to testimony during Friday's probable cause hearing at the Santa Maria Superior Court. Kothe is charged with the murder of his girlfriend's child, along with willful cruelty to a child and dissuading a witness.