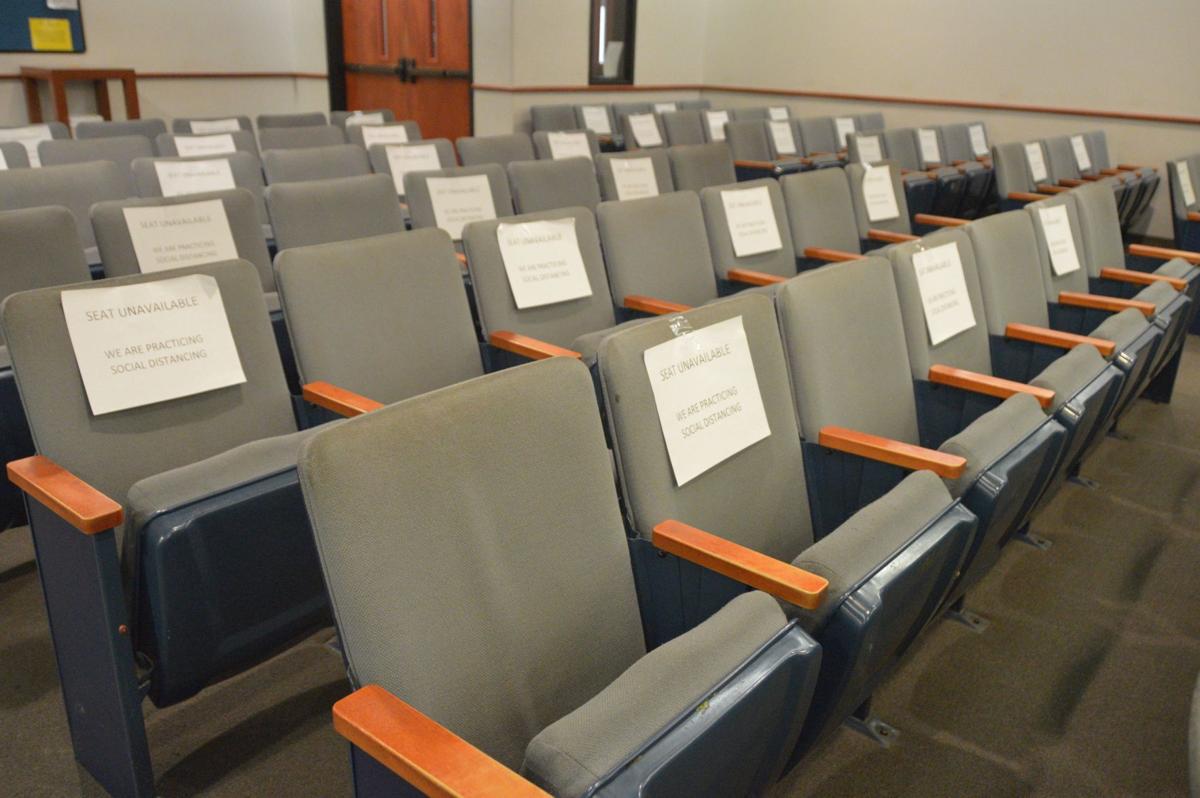 Every other seat in Santa Maria Superior Court's Department 9 is unavailable to the public to encourage social distancing. 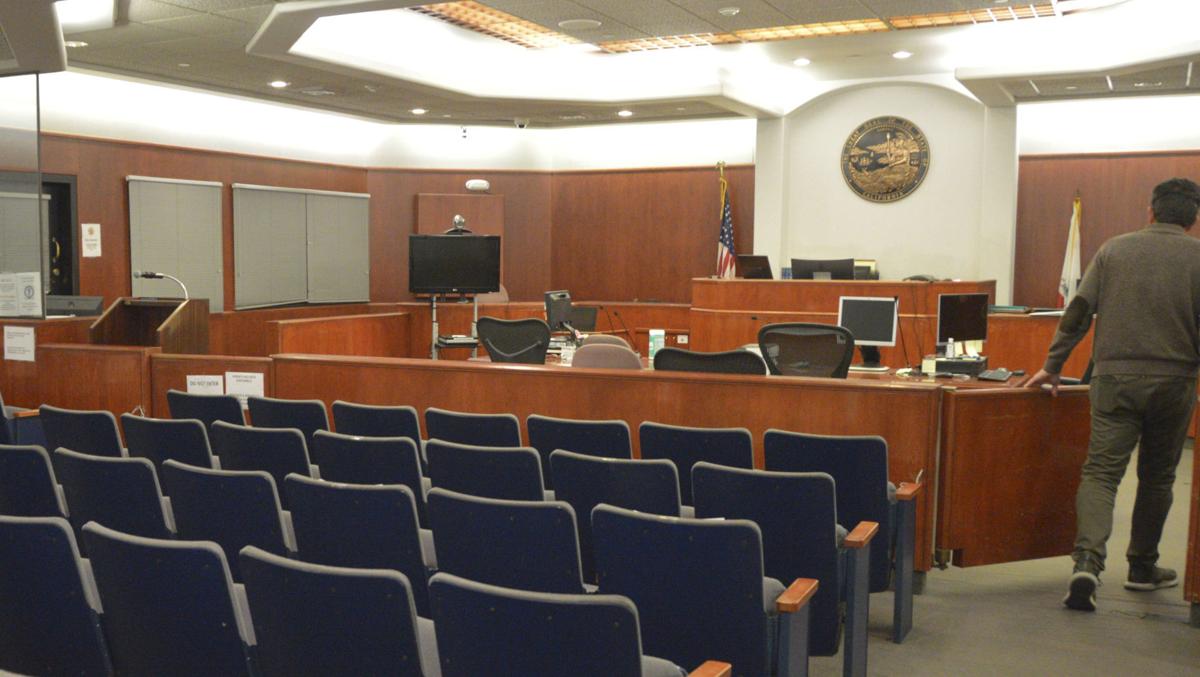 A television screen, center, sits next to the judge's bench in Santa Maria Superior Court's Department 9 to accommodate remote video conferencing for court hearings during the coronavirus pandemic.

Santa Barbara County jury trials have been delayed since March due to the COVID-19 pandemic, impacting defendants, victims, judges and attorneys who continue to seek justice.

"(A defendant's) fundamental right to a trial, let alone a speedy trial, for all intents and purposes has been stripped away," said Tracy Macuga, who heads the County Office of the Public Defender. "Imagine a funnel with cases piling up as matters slowly get scheduled for court, but those cases are human beings who we are entrusted to represent."

Defendants in California criminal cases have a right to go to trial 30 to 45 days from their arraignment in misdemeanor cases and 60 days in felony cases, unless they waive that right.

As a result of the pandemic, however, California Chief Justice Tani Cantil-Sakauye issued orders in March extending criminal trials 60 days, with 30 more days added in April. Criminal trials could then be extended for as long as 90 days past their original start date.

Cantil-Sakauye's emergency orders included setting $0 bail for low-level, nonviolent offenders in order to prevent them from contracting the coronavirus in jail.

The vast majority of pretrial inmates who are assigned bail amounts are kept in jail because they can't afford bail and trial delays have kept them, and other defendants, in legal limbo until their cases are heard, according to Macuga.

Those who get to court often "plead for daylight," or plead guilty in order to get released from Santa Barbara County Jail, while defendants not in jail have pending criminal charges that can impact their ability to work or stay housed, Macuga said.

Additionally, the impacts of trial delays extend to victims and their families who await closure.

Delays are not good for either victims or offenders, according to District Attorney Joyce Dudley, and it's why statutes define when cases must be heard.

"The old adage 'justice delayed is justice denied' is quite true," Dudley said.

Cantil-Sakauye's orders left it up to local officials to resume trials once safety measures were put into place.

The three jury trials, which stemmed from South County cases, were held in a Santa Barbara courtroom that's been modified for social distancing. Jurors were placed throughout the courtroom, spaced at least 6 feet apart, with everyone required to wear a mask.

In addition, officials have begun summoning smaller jury panels to reduce the risk of congestion, according to Parker.

Department 8 of Superior Court in Santa Maria is in the process of being modified in the hopes North County trials can be held there this month, he added.

Modifications will include ensuring all seats are spaced 6 feet apart, plexiglass shields have been placed between court participants and protocols have been established that ensure microphones and other surfaces are sanitized.

The jury trial delays and their sudden restarts have dramatically increased the workloads of public defenders and created a "complex and mind-bending" system of rescheduling cases, according to Macuga.

Now, Superior Court officials are prioritizing cases based on the needs of judges and attorneys in those cases, according to Parker.

Court officials have authority to hold trials with a 30-day extension beyond their last day and up to Sept. 16, although Parker plans on asking for an extension.

"All of this is subject to change if there is some miraculous improvement," Parker said, referring to civil trials.

Court costs during the pandemic

Costs include materials such as digital thermometers, spray bottles, Zoom technology for teleconferencing, plexiglass to separate judges and other court personnel, among other things.

Costs also include measures associated with security guards taking people's temperatures upon entering the courthouses and increased janitorial services to sanitize facilities, according to Parker.

What you need to know for Wednesday, September 9

A third suspect was arrested Monday in the 2018 killing of Joseph Martin Govey at the same golf course where the victim’s body was found, a Sa…

Santa Maria Police on Wednesday released a description of the suspect involved in an armed robbery at Community Bank on Tuesday, according to a spokesman.

A youth recently admitted to the Santa Maria Juvenile Hall tested positive for COVID-19, according to a Santa Barbara County Probation Department spokeswoman on Thursday.

Every other seat in Santa Maria Superior Court's Department 9 is unavailable to the public to encourage social distancing.

A television screen, center, sits next to the judge's bench in Santa Maria Superior Court's Department 9 to accommodate remote video conferencing for court hearings during the coronavirus pandemic.