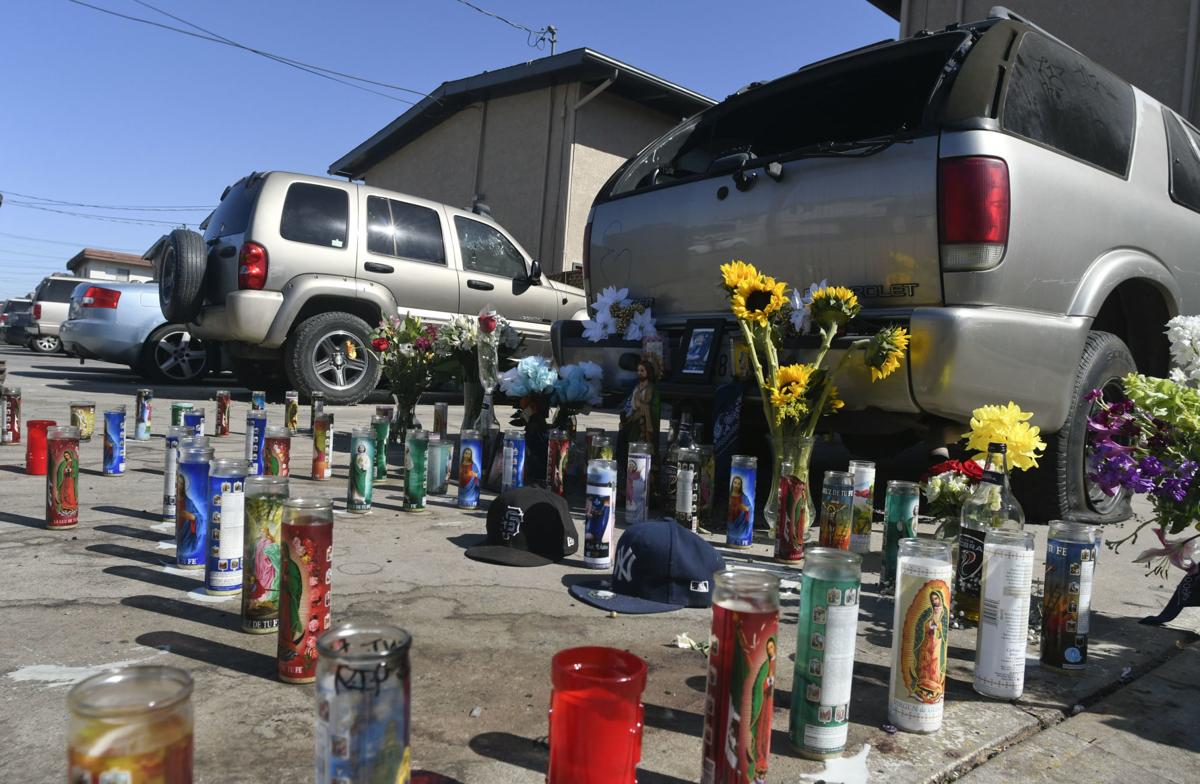 Candles line a memorial display for a young homicide victim Tuesday morning in an alley in the 700 block between North F and G streets in Lompoc. 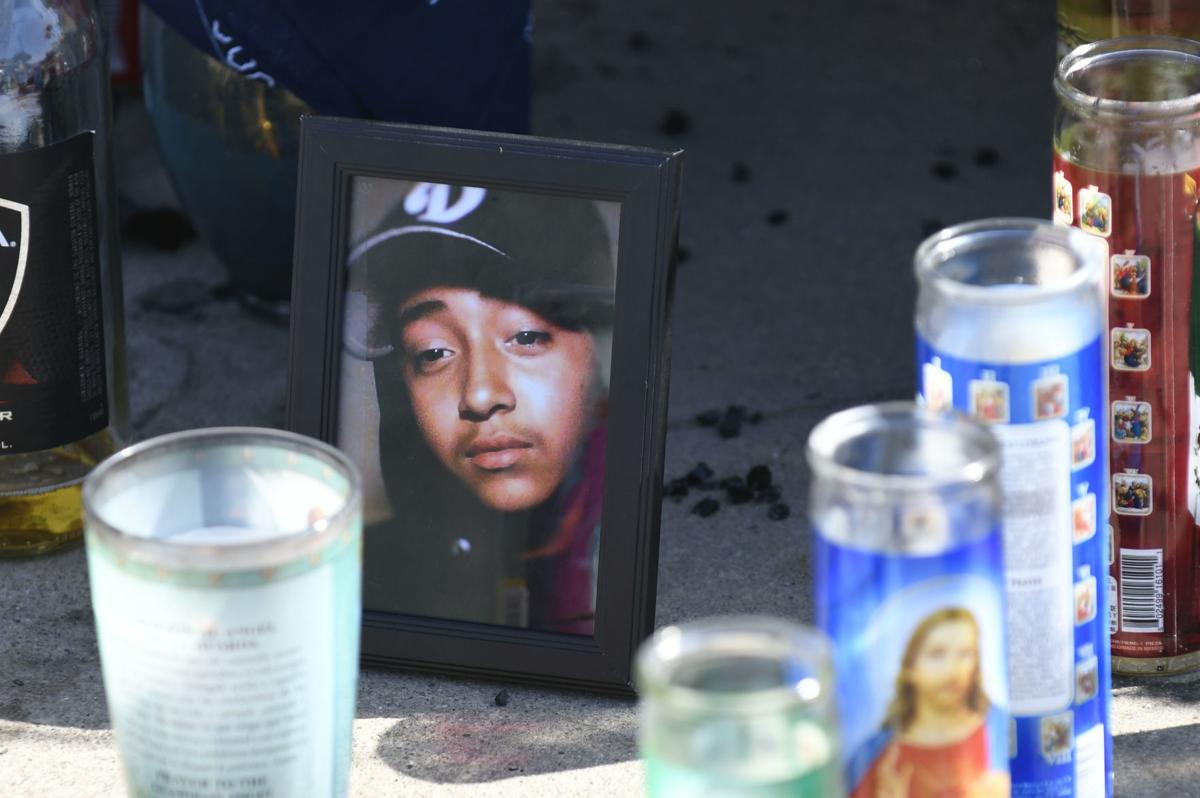 A picture is displayed with candles at a memorial for 15-year-old Erik Villa Vargas on Tuesday morning in the alley of the 700 block between North F and G streets in Lompoc.

A 15-year-old was killed and another two people were injured in a shooting late Saturday night in northern Lompoc that has once again reignited concerns over public safety in the city.

The Lompoc Police Department responded to the shooting just before 10:30 p.m. Saturday in the 700 block alley between North F and G streets. Once on scene, officers reported finding three victims with gunshot wounds. All three were transported to local hospitals for treatment, and one later died from his injuries.

Although Lompoc Police officials have not released the names or ages of the victims, a friend close to the family confirmed the age of the teenager who died. No arrests had been made as of Tuesday morning.

The incident marks the city’s seventh homicide of 2019, a year in which public safety has been a central topic of concern for city leaders and community members, many of whom participated in a rally Sept. 20 to encourage peace and honor Marlon Brumfield, a 22-year-old who was gunned down in Lompoc on Sept. 8.

Lompoc mayor Jenelle Osborne on Monday offered condolences to the families of Saturday's victims and said that she felt "personally responsible" for the problems in the city due to her role as a member of the City Council that developed and approved the city's budget.

Osborne was outspoken against — and voted against — the budget that was adopted this year due to what she said, among other things, was a lack of support for public safety. She said she considers the policies put in place in the current budget to be a "failure."

"Every loss is personal to me," she said. "I am very, very saddened that we have lost another member of our community and that there are those that still feel endangered. I don’t want that. No one should live a life feeling fear in their own home.”

Osborne said she felt that the city was under "attack" by criminals who are taking advantage of the city's publicly-known budget shortfalls and understaffed police department.

“We have been very transparent with the public regarding what our law enforcement salaries are, what our infrastructure and equipment issues are and what our budget constraints are," the mayor said. "Therefore that knowledge exists and those that want to harm our community are doing so with the knowledge that we are having difficulty responding because we are solely in reactionary mode without the kind of staffing we need.”

She also encouraged anyone interested in a law enforcement career to apply with the Lompoc Police Department and be a part of the solution, and to support a sales-tax increase on the March 2020 ballot that city officials have said will be used to boost public safety departments.

“There’s several ways to address this and none of them are simple or are going to happen overnight," she said. "I really do feel awful about what is happening."

Anyone with information about Saturday’s shooting is urged by the Lompoc Police Department to contact detectives at 805-736-2341.

Twenty-five-year-old Raymond Ramon Vargas was charged on Friday with murder in the gang-related shooting of 15-year-old Erik Vargas on Oct. 12.

As Lompoc continues to deal with a surge in violence — evidenced by seven homicides this year — some city leaders are at odds over potential root causes, while those same leaders and many others in the community are hoping to affect change as soon as possible.

The Lompoc Police Department is seeking assistance from the public to locate a man suspected of attempting to commit an armed robbery.

Ink for a cause: Lompoc tattoo shop to host fundraiser for police department

Fortified Tattoo Co., 135 North H St., will host a fundraiser Friday to benefit the Lompoc Police Department. The event is being held in response to Lompoc's rising crime rate.

Candles line a memorial display for a young homicide victim Tuesday morning in an alley in the 700 block between North F and G streets in Lompoc.

A picture is displayed with candles at a memorial for 15-year-old Erik Villa Vargas on Tuesday morning in the alley of the 700 block between North F and G streets in Lompoc.