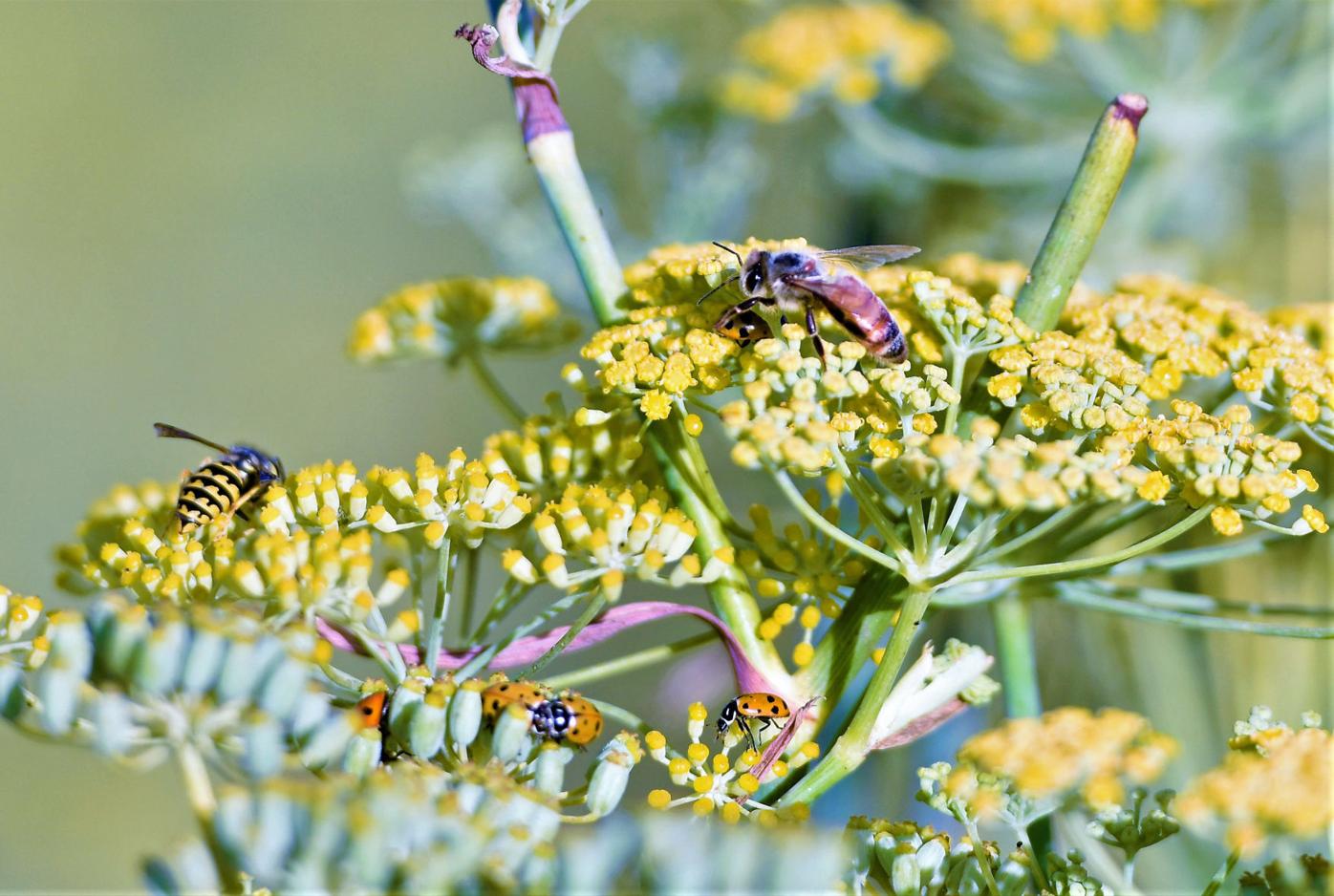 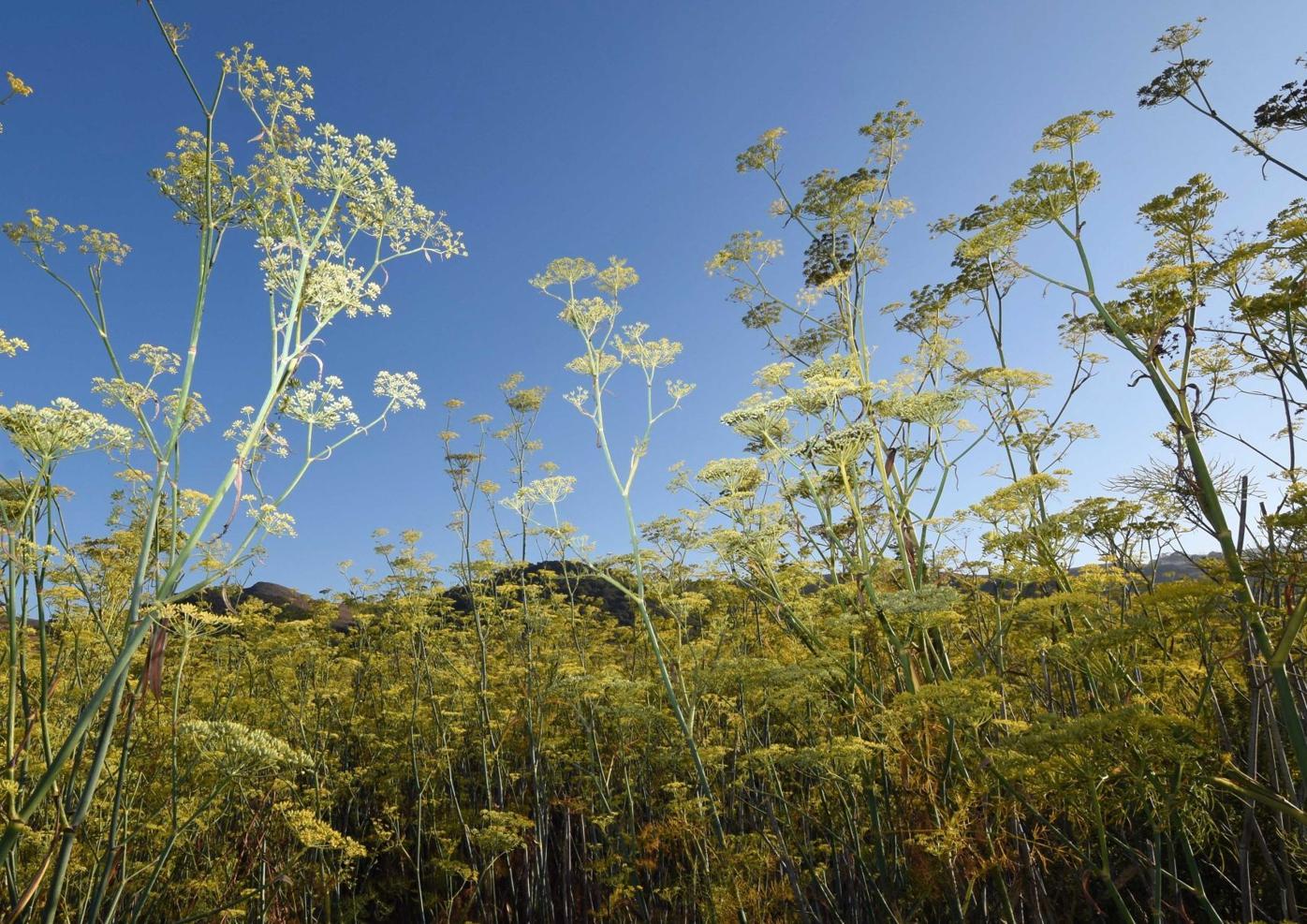 An enormous amount of wild fennel this year is growing along our highways, farms, vineyards and construction sites.

An enormous amount of wild fennel this year is growing along our highways, farms, vineyards and construction sites.

After living all these years along the Central Coast, since 1987, I don't think I've ever seen so much wild fennel (Foeniculum vulgare) along our highways.

The enormous amounts of fennel may be related to the arid year, interrupted by the late January atmospheric river event that produced copious rain. It stalled over Cambria and retrograded northward toward Big Sur before moving southward into southern San Luis Obispo and northern Santa Barbara counties.

The fennel's root crowns could have been able to store this moisture from the heavy rains of late January and utilize it to flourish later in the year while other plants wilted away.

Fennel is a member of the Apiaceae family, which includes carrots and parsley, and grows proficiently in soils that have been disturbed, like along highways, farms, vineyards and construction sites.

Fennel is originally from the Mediterranean region but has since spread throughout North and South America, South Africa and Australia, and is cultivated throughout the world.

At this time of year, public works departments used tractor mowers along the side of our roads to cut dry grasses and other types of vegetation, including wild fennel, to reduce fire danger. I love the smell of anise/licorice from wild fennel that drifts into our car during these mowing operations.

From its roots to the seeds, wild fennel is edible and is highly prized by culinary practitioners as a garnish or added to other vegetables. Its aromatic seeds are used in baked goods and sausages. The website Specially Produce described its taste as: "Wild fennel has sweet yet powerful licorice-like aromatics and flavors with mint and citrus undertones."

Not only is it tasty, but it provides food for beneficial insects such as ladybugs and honeybees. Birds often gorge themselves on the seeds.

However, fennel has an evil sister, poison hemlock (Conium maculatum), that looks similar and can often be found in the same areas. Hemlock is a highly toxic plant that can cause death. While fennel has yellow flowers, poison hemlock has white flowers. In the Philippines, white is the color for funerals; that's how I remember it. Unlike fennel, hemlock has red to purple spots and bruise-like markings on the stem and smells like mouse urine, nasty stuff indeed.

The ancient Greeks would brew poison tea from hemlock to carry out executions. Socrates was sentenced to death by hemlock poisoning in 399 B.C. The only animal that can safely eat it is the goat.

While wild fennel is harvested worldwide, special attention should be given to picking it along roadways and train tracks exposed to pollution, like engine and gear oils.

More than 200 new weather stations have been installed this year alone. Pacific Gas & Electric Co. plans to have a total of 1,300 by the end of 2021. PG&E is preparing for increasingly common severe weather events with an ever-expanding network of weather stations across its service area. To learn more, visit www.pgecurrents.com