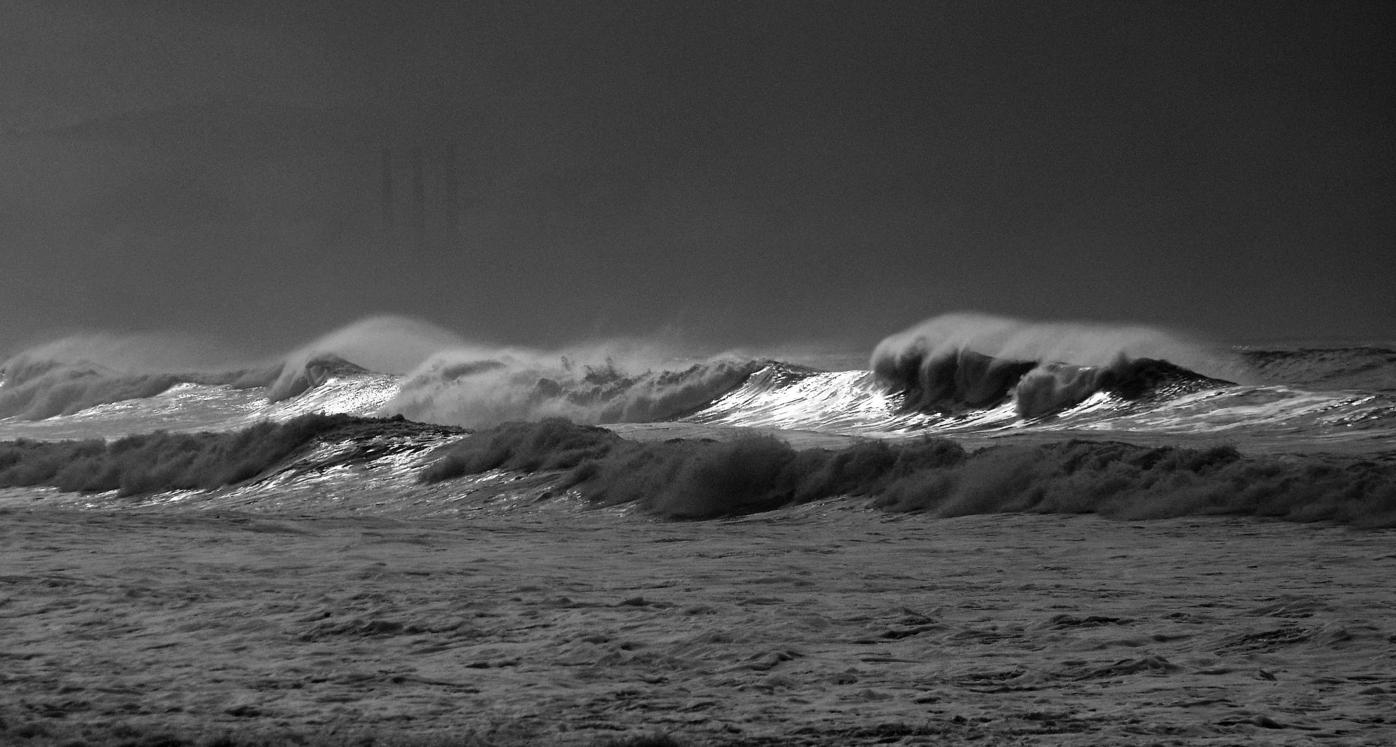 There are times when the waves are high, but the sound is barely noticeable; other times, the swell is low, but the sound along our coastline is quite loud.

There are times when the waves are high, but the sound is barely noticeable; other times, the swell is low, but the sound along our coastline is quite loud.

"There was a discussion among many of the Nextdoor neighbors in the Morro Bay/Los Osos area today about the fickle sound of the waves on the strand and how the sound of the sea travels inland to the neighborhood of Los Osos and Morro Bay. You'd be amazed at how many people wonder about this! Sometimes we can hear the waves as if they were right out our windows, and other times the sea is silent for months. Can you tell us why this would be? Is it a seasonal wind direction condition (the ocean always seems to be louder in the winter)? Is the clarity of the air a factor? The size of the waves? Other factors?"

Ted at Vandenberg Space Force Base recently asked the same question, which is often asked during autumn and here is why:

Those of us living in the coastal communities often hear the waves breaking along our coastline. There are times when the waves are high, but the sound is barely noticeable; other times, the swell is low, but the sound along our coastline is quite loud. Obviously, last week, the same weather conditions occurred along the entire Central Coast from Big Sur to Point Conception to produce these temporary atmospheric sound channels.

Many years ago, I took my son to the beach, and he picked up an empty shell from a Lewis' moon snail, held it to his ear and said he could hear the ocean. The seashell captures the ambient noise from the environment. The sound resonates inside the shell and produces a wavelike noise, no matter how far away from the ocean.

Just as the walls of the seashell capture and direct sound to our ears, the atmosphere can do the same.

During fall, the atmospheric temperature inversion layers come and go at a greater rate as the Santa Lucia (northeasterly/offshore) winds and the northwesterly (onshore) winds battle for supremacy. You can see this by the coming and goings of the coastal low clouds along the beaches. Combined with this condition, high-energy wave events from Gulf of Alaska storms start to arrive along our coastline.

On many a morning in fall, while walking near the coastline, I have heard individual waves crashing and thought, by mistake, the swell was much higher than I had expected.

When the sound is loud enough, I have been compelled to check the Diablo Canyon Power Plant Waverider Buoy on the CDIP site at www.cdip.edu and found the wave height was as predicted.

When the atmospheric conditions are right, the sound from the crashing waves is captured much like the seashell's ambient sounds.

That occurs when the air is calm and still, most likely during the early morning hours before the afternoon northwesterly onshore winds build.

The cool and dense air sinks toward the Earth's surface and produces a temperature inversion layer. That layer of cool and dense air creates a sound channel, ranging from a few feet above the ocean surface to hundreds of feet high.

Some of the sounds from the waves reflect or skip off the inversion layer toward the ground. In other words, the sound of the crashing waves is captured in the surface channel and propagates toward our coastal communities with minor loss in intensity.

At other times, the winds blow fast enough to mix out the temperature inversion layer, allowing the sound to spread out in all directions, with a much more significant loss in intensity, making it seem much quieter regardless of the swell conditions. I guess you could say that the sound of the waves was lost on the wind.

As any submariner will tell you, sound channels also exist in the ocean.

In 1991l, a research ship with the U.S. Navy in the Indian Ocean lowered transducers into the deep sound channel and transmitted low-frequency sound. About 3½ hours later, the sound was picked up by another research ship off the Central Coast of California — 11,000 miles away. The sound traveled in the water at more than 3,140 mph. The speed of sound through the air is approximately 760 mph, depending on air pressure and temperature. Sound travels much faster in water than in air due to water having a greater density.

It is believed that such marine mammals as whales use the deep sound channel to communicate over thousands of miles across the oceans.

Experiments utilizing Navy underwater sound surveillance systems stationed throughout the Pacific have shown that travel times for sound can be measured down to a few milliseconds over thousands of miles. As seawater warms, the speed of sound increases due to water molecules' increased elasticity.

Lindsey to speak at 'Science After Dark'

I will be speaking at the "Science After Dark" fundraising event at 7 p.m. Friday, Oct. 8, at the Central Coast Aquarium's outdoor classroom in Avila Beach. The subject of my talk will be “Did oceanographic conditions in the Equatorial and Northern Pacific Ocean cause the current drought? Will this situation continue through our upcoming rain season?” I would love to see you there. Visit for www.centralcoastaquarium.com for reservations.