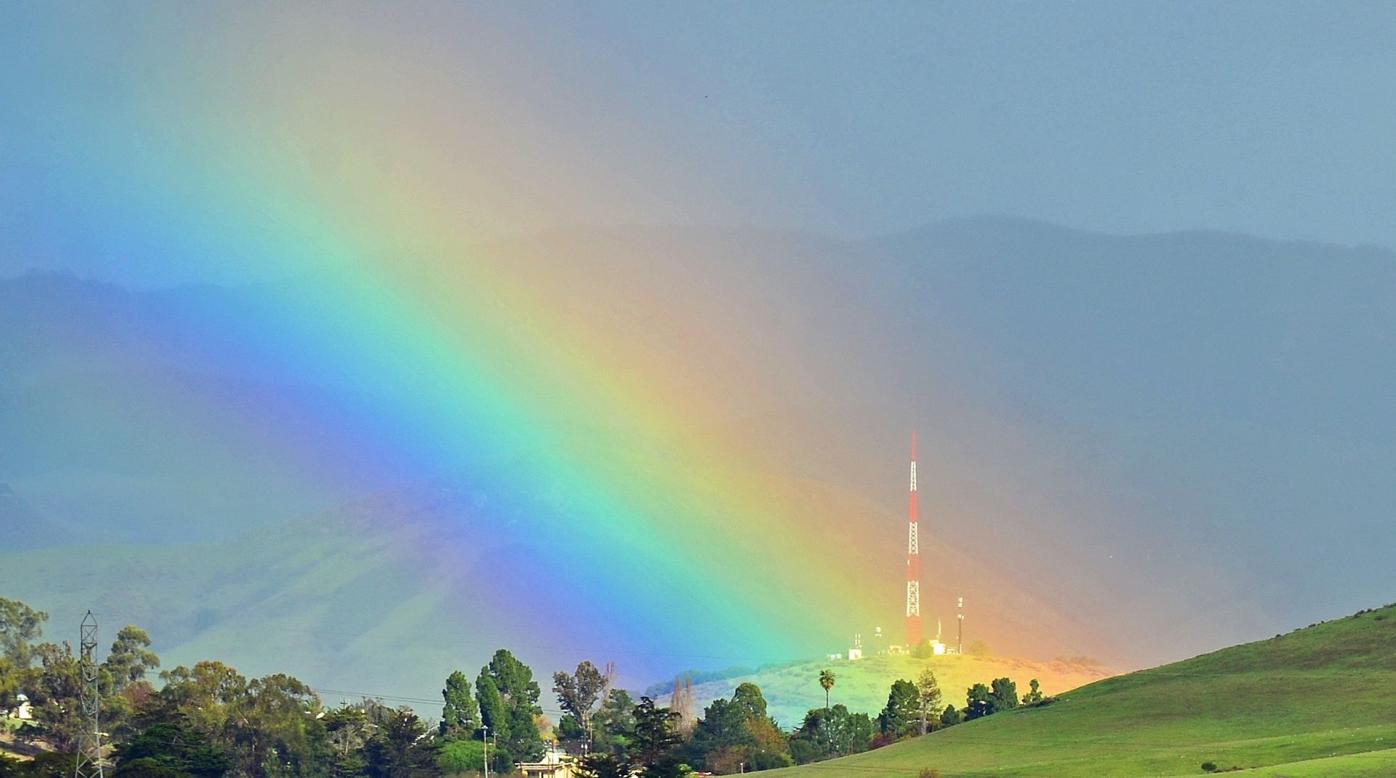 A rainbow lights up the KVEC transmitter near Cal Poly.

Sea otters float together during a rainstorm. 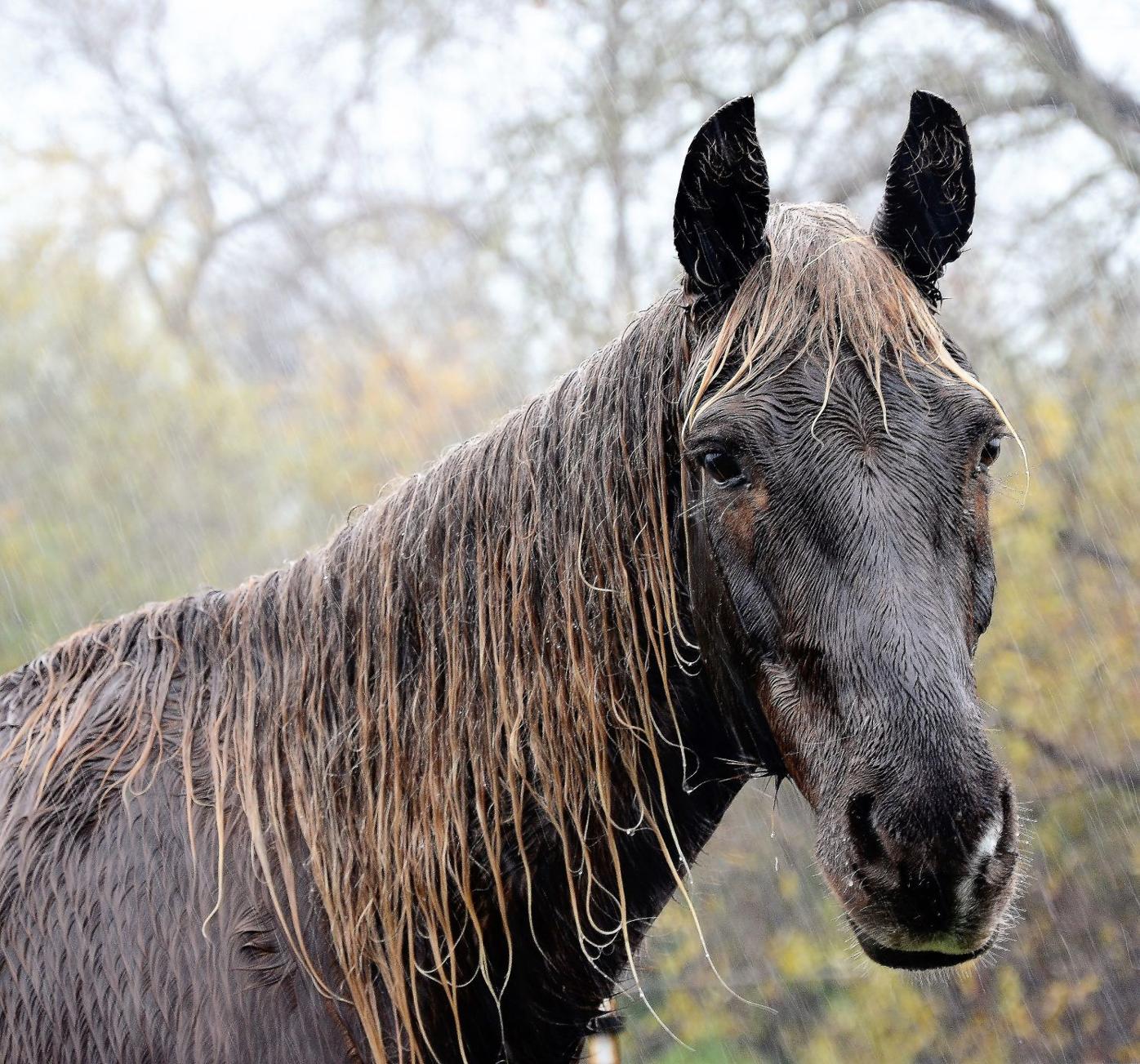 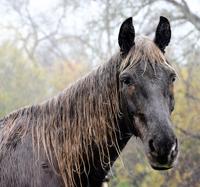 A horse withstands the rain. 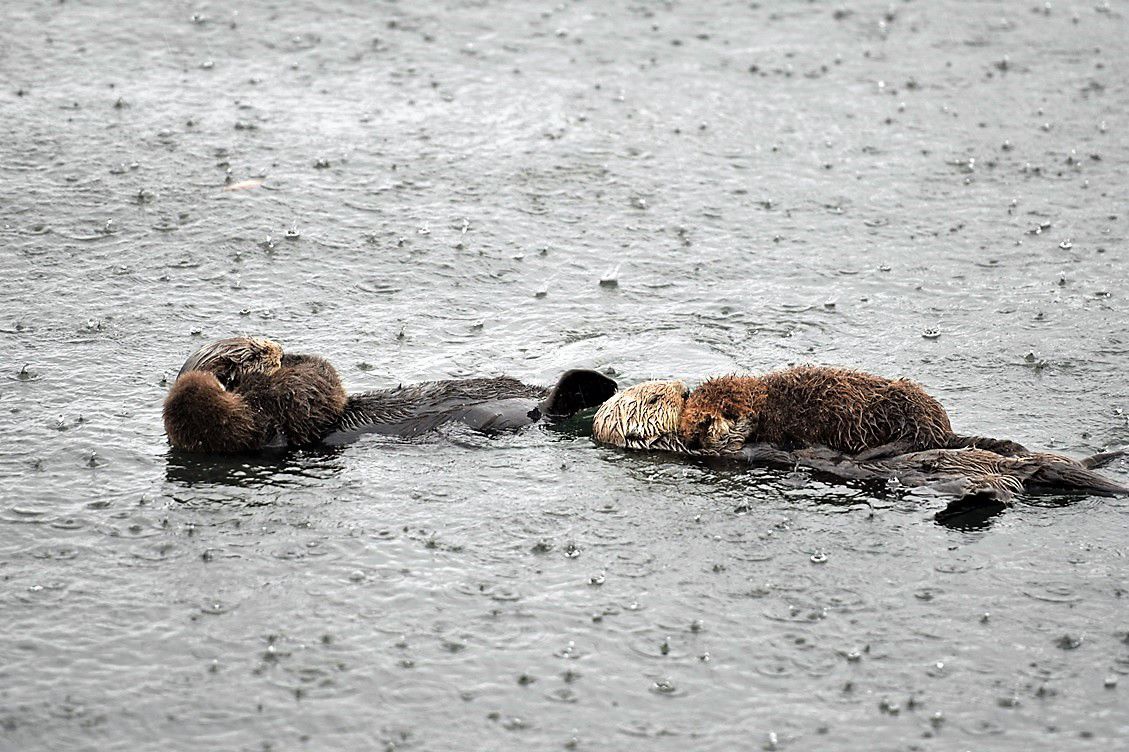 Otters are captured in a rainstorm.

A rainbow lights up the KVEC transmitter near Cal Poly.

Sea otters float together during a rainstorm.

A horse withstands the rain.

Otters are captured in a rainstorm.

The arrival of the autumnal equinox — the beginning of fall — will occur at 12:20 p.m. Sept. 22, when the sun will be directly over the equator. We will lose the greatest amount of daylight of the year on that day, about three minutes at our latitude.

Not only is the autumnal equinox near the peak of the hurricane season, but the equatorial regions are now absorbing much more of the sun's energy as the Arctic Circle moves toward perpetual darkness of the winter solstice on Dec. 21, the longest night of the year.

Nature never likes anything out of balance, and soon massive mid-latitude cyclones, many times larger in size than hurricanes, will begin to develop in the vast expanse of the North Pacific to attempt to equalize the atmospheric temperature differentials between the equatorial belt and the northern latitudes.

As these mid-latitude Pacific storms develop, will the upper-level (jet steam) westerly winds increase and primarily travel at a direct path across the Pacific and bring rain to California, or will these winds shift farther northward and carry these tempests into the Pacific Northwest?

The answer to this question will help to determine if it will be a dry or wet year.

Depending on the strength of these low-pressure systems, historically, a dry year will experience between one and four storms. In contrast, a wet year will encounter between five and nine — or even more significant rainfall events. However, just one big atmospheric river (AR) event can alter that statement.

According to the Climate Prediction Center, most models indicate borderline or weak La Niña conditions to emerge in fall 2021 and continue into winter 2021-22.

With that said, the predicted La Niña may happen within the context of a larger climate event, a resurgence of a cool phase of the basinwide Pacific Decadal Oscillation (PDO). The PDO is a long-term fluctuation of the Pacific Ocean that waxes and wanes between cool and warm phases approximately every five to 20 years.

During most of the 1980s and 1990s, the Pacific was locked in the oscillation's warm phase. But conditions changed in 1999, when the cool phase, which resembles a large La Niña, has tended to dominate the Pacific Ocean.

"The reemergence of this large-scale PDO pattern tells us there is much more than an isolated La Niña occurring in the Pacific Ocean," said Bill Patzert, a retired oceanographer and climatologist at NASA's Jet Propulsion Laboratory in Pasadena. "This multiyear Pacific Decadal Oscillation 'cool' trend can intensify La Niña or diminish El Niño impacts around the Pacific basin," Patzert told me.

Patzert's observation on how the cool phase of the PDO produces below-average precipitation seems to be verified by the ongoing drought raging throughout the western United States.

According to NASA's Earth Observatory website, Lake Mead, the largest reservoir in the United States, dropped to its lowest level in late August since Franklin Delano Roosevelt was president.

Needless to say, this upcoming rainy season will be vitally important for all of us, with many asking, 'When will the first rain of the year arrive?'

At 5 p.m. on Friday, Sept. 17, I will be on the "Dave Congalton Show" on KVEC Radio for the Guess the First Day of Rain Contest. Call 805-543-8830 during the show and predict the first day the Central Coast will receive at least 1 inch of rain over 24 hours at any calibrated rain gauge in the region, such as Cal Poly, the Santa Maria or San Luis Obispo airports — or even Rocky Butte.

A few Central Coast residents have reported a significant emergence of tarantulas, the big and beefy hairy weather prognosticator. According to longtime residents, you can expect rain in about three weeks.

Speaking of big and furry spiders, our first rains of the season usually arrive around Halloween into the first half of November, with a 12% chance of rain on any given day. The chances of rain increase to 20% percent in December through January, peaking at a 24% chance in February. As you may guess, the chances of precipitation gradually decrease from March through May.

It is not unusual to have dry Octobers, but we have seen some surprisingly intense autumn rainstorms in the past.

On Oct. 13 and 14, 2009, It was unlike any other October storm since records have been kept, breaking many 24- and 48-hour rainfall records for the month. The Santa Lucia mountains in Monterey County received more than 21 inches of rain. The San Luis Obispo County Water Resources rain gauge on the top of Rocky Butte near San Simeon recorded 13.7 inches of rain. Nacimiento Lake went from 9% of capacity to 18% in just 24 hours.

I received emails from readers that reported between 7 and 10 inches along Highway 41 between Morro Bay and Atascadero. Both Cal Poly and Diablo Canyon reported about 2.5 inches. The Lompoc City Airport reported 0.66 of an inch of rain on Oct. 13 and 2.03 inches on Oct 14. Oddly, the Santa Maria Public Airport only saw about three-quarters of an inch of precipitation.

If the current models verify, we could see lower than average amounts for rainfall in California this winter, but only time will tell the story.

Assume downed power lines are energized and dangerous. Stay away from the lines and keep others away from them. Call 911 immediately to report the location of a downed line. After reporting the downed line, call Pacific Gas &d Electric Co. toll-free at 800-743-5000.