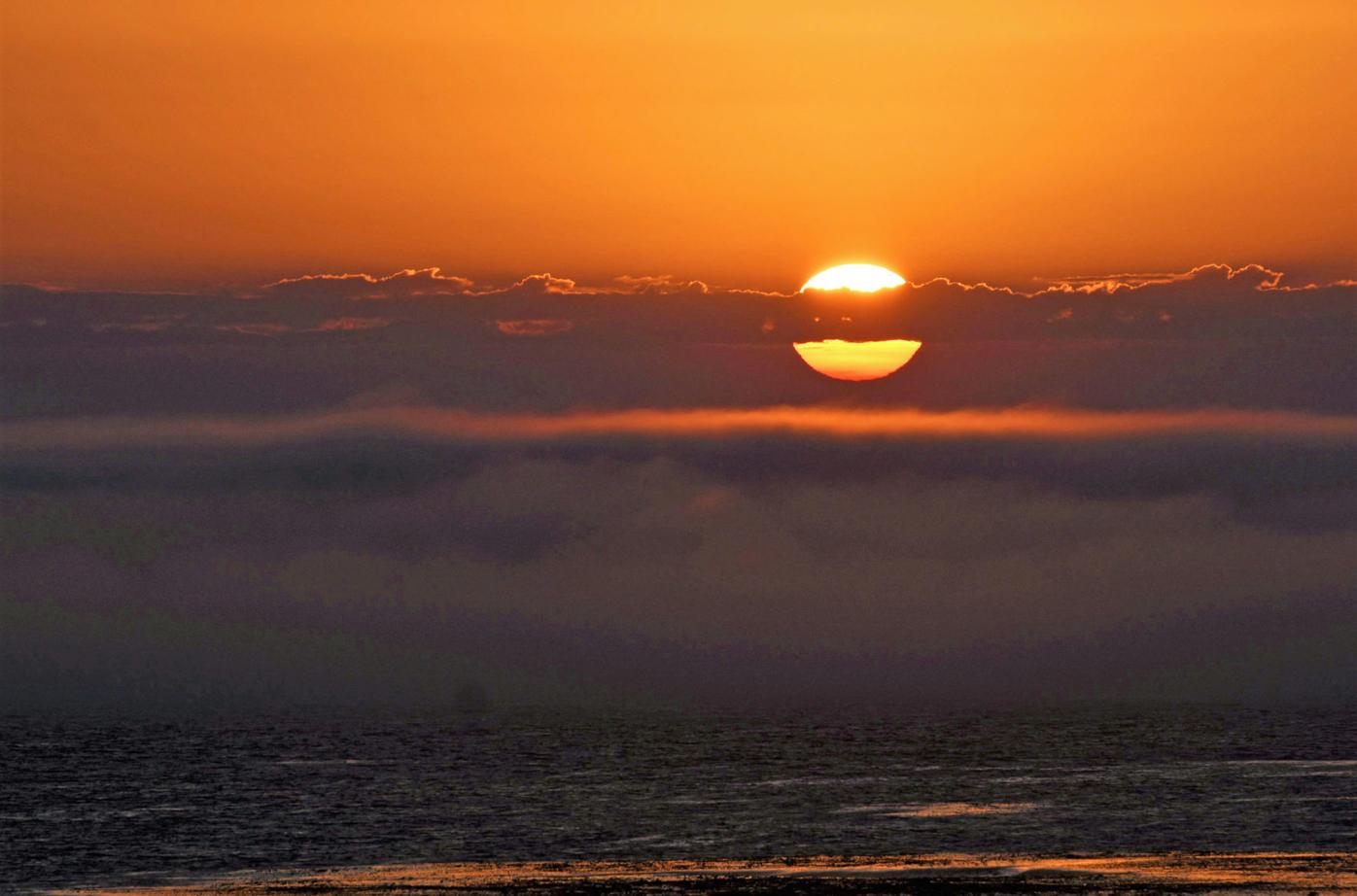 The sun sets due west (270 degrees) during the autumnal equinox.

The sun sets due west (270 degrees) during the autumnal equinox.

Last week, Sidney from Santa Maria asked the difference between the astronomical seasons and meteorological seasons.

The astronomical seasons are directly tied to the 23½-degree axis tilt of the Earth as it makes its 365.25-day journey around the sun.

This time of the year, most folks are yearning for the rains of winter, and this year has certainly passed quickly; we are already past the autumnal equinox — the beginning of fall — that occurred on Sept. 22. Currently, we are near the start of October, which on average loses more than 2 minutes of daylight each day.

On Tuesday, Dec. 21, we roll into the first day of winter, with the longest night of the year. During that winter solstice, the Central Coast will see only 9 hours and 44 minutes of sunlight. During the summer solstice in June, our longest day has about 14 hours and 17 minutes of daylight.

Unlike the meteorological seasons, which have fixed dates, the dates for each astronomical season change from year to year.

Because the solar year is about 365.25 days long, the occurrence of the equinox and solstice comes earlier each year. To remedy this situation, every four years, we add an extra day, Feb. 29, to synchronize with our Gregorian 366-day calendar; this is called a leap year. In most years, the spring/vernal equinox typically occurs on March 20 or March 21. Last year in 2020, it happened on March 19, the first time since 1896.

As you may have guessed, the meteorological seasons are broken down into four fixed-date month groupings.

Winter starts Dec. 1 and ends on either Feb. 28 or Feb. 29 if it's a leap year. Spring happens from March through May, and summer has June, July and August. Fall begins on Sept. 1 and ends at the end of November.

Because these dates are fixed to a monthly schedule, the length of each season is more consistent: 90 days for fall and winter (non-leap years) and 92 days for spring and summer. Ask any climatologist, meteorologist or weather observer, calculating seasonal weather statistics, such as high and low temperatures, degree growing days, or precipitation (rain or snow), is much easier.

Pacific Gas & Electric Co. delivers some of the nation's cleanest energy. In 2020, more than 35% of the electricity PG&E delivered to its customers came from eligible renewable resources, including solar, wind, bioenergy, geothermal and small hydropower. Adding nuclear and large hydropower, about 85% of PG&E's electric power mix was from carbon-free resources.