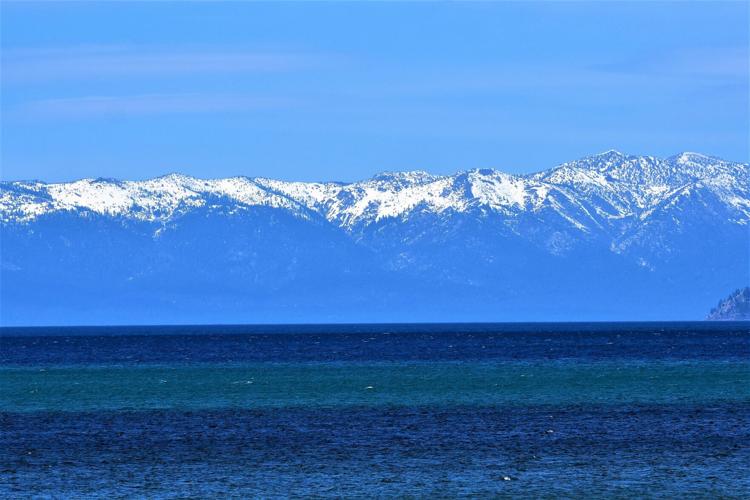 If you travel to Lake Tahoe at about 6,200 feet above sea level, the boiling point of water will decrease to 200.7 degrees.

If you travel to Lake Tahoe at about 6,200 feet above sea level, the boiling point of water will decrease to 200.7 degrees.

The higher the altitude, the lower the air pressure, and the greater the chance you will need to adjust the way you cook your favorite recipe, especially baked goods if you travel to or live in the high country.

Gravity accelerates trillions of air molecules toward the Earth’s surface and produces weight. The weight of the air is what we feel as pressure. Imagine a 1-square-inch column of air measured from the top of the atmosphere down to sea level — it would weigh about 14.7 pounds.

Typically, we don’t notice it because our bodies maintain an internal pressure that balances the external pressure. But swift changes in elevation can cause us to detect atmospheric pressure changes. One local example can be found driving over the Cuesta Grade, which is 1,522 feet above sea level. Maybe you have felt your ears “pop.” This is caused by your inner ear trying to equalize the pressure from the outside air.

The boiling point of water decreases as altitude increases. In other words, the boiling point temperature of the water is when it changes its state/phase from liquid to gas.

If you ever piloted an SR-71 Blackbird that could reach an altitude of around 90,000 feet, the boiling point is -37 F or -38 C. By the way, the Fahrenheit and Celsius scales coincide at -40 degrees.

Higher altitudes are excellent for athletic training, but they can wreak havoc with your recipes because of less air pressure.

Foods that you boil in water will take longer to cook.

Because of less air pressure, the gases (primarily carbon dioxide) in the doughs produced by leavening agents, such as yeast, baking soda and powder, will expand more and rise faster than at sea level. Needless to say, cakes that look like they’re rising perfectly can abruptly collapse. The air at these higher altitudes typically has lower-relative humidity levels, which dries out the batter and dough faster.

According to the Wheat Montana Bakery, some tips for cooking at higher altitudes are as follows:

Since at higher altitudes, evaporation happens faster, you’ll need to help your baked goods set up a bit faster in the oven by raising the temperature.

This is to compensate for the increased oven temperature you’ll need at higher altitudes. A higher temperature means a faster cook, so be careful not to overdo it.

Adding flour helps to steady the rise of your baked goods and add structure to them as they grow in the oven.

Decrease by 1 tablespoon per cup.

Since liquids evaporate faster at higher elevations, the concentration of sugar goes up. Be sure to reduce to keep your cakes, brownies and cookies from collapsing.

It’s all about compensating for faster evaporation here. Keep things from drying out and crisping up before they rise by adding a bit more liquid, whether it’s water, milk, oil, or eggs.

Reducing the amount of your leavening agents will help your baked goods to rise more gradually at higher elevations.

Decrease by 25% above 3,500 feet and account for a shorter rising time.

Yeast breads will rise faster at higher elevations but will collapse in on themselves if you don’t reduce the amount of yeast called for in the recipe.

PG&E has many online materials, including free downloadable guides, with easy tips, charts and photos that help explain how, what and where to plant the safest trees for each area, located at pge.com/RightTreeRightPlace.